Following the devastating hurricane of 1846, this historic lighthouse was completed in 1848 and replaced Key West's first lighthouse which had been built in 1825 and had been destroyed in the storm. Michael Mabrity served as the first lighthouse keeper from 1825 until he died in 1832. At that time, Barbara Mabrity took over and held the keeper position for thirty years. In addition to losing her husband, Barbara also lost six children who, along with eight other people, took refuge in the tower during that devastating hurricane. During the 1860s, Barbara made anti-Union statements despite the fact that Key West remained part of the Union during the Civil War and was a key part of the Union's naval strategy. These pro-Confederate remarks resulted in Marbity being removed from her post as the navy favored a lighthouse keeper who was loyal to the United States. The original lighthouse was fifty feet high with a base that was fifteen feet above sea level. However, the Key West building boom and growth during the late nineteenth century forced the island to raise the ground so the tower lights sat 100 feet above sea level. In 1969, the Coast Guard decommissioned the tower. By the late 1980s, the tower underwent renovations that ultimately resulted in its current function as a museum. In addition to exhibits, viewers can also climb to the top of the Key West Lighthouse. 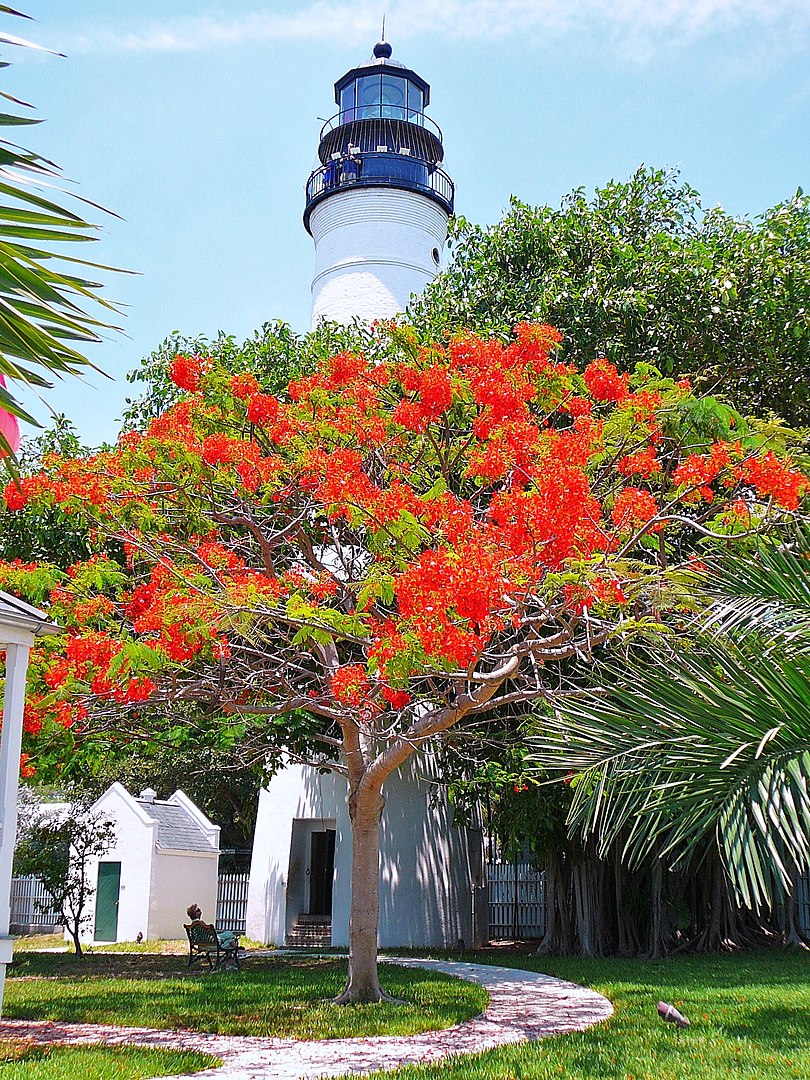 The Key West Lighthouse and Museum was built in 1848, replacing the first lighthouse built in 1825 and destroyed in a hurricane in 1846. Michael Mabrity served as the first lighthouse keeper until he died in 1832. His wife, Barbara, took over and served as the keeper until the Civil War, when she made anti-Union remarks and subsequently lost her job. Another tower, built to the east, also had a woman lightkeeper (she, too, was a widow of the tower's first keeper.); women keepers were rare. The tower initially stood on land fifteen feet above sea level and rose fifty feet high. But, as Key West grew during the 1890s, the combination of tree growth and construction forced the island to raise the ground, eventually putting the lamps at 100 feet above sea level.

The history of the Key West Lighthouse begins with the original light tower erected in 1825. The first keeper, Michael Mabrity, died in 1832 of yellow fever, leaving his widow, Barbara, to take over as lighthouse keeper. Barbara held the position for thirty-two years. In the middle of Barbara's career, the Great Havana Hurricane of 1846 struck Key West and destroyed the lighthouse. Barbara survived, but fourteen people who took shelter in the tower died, including six of Barbra's children. The hurricane also destroyed Key West's second light tower -- Sand Key Lighthouse -- located eight miles to the east of the original tower. Rebecca Flaherty, also a widow of that tower's first keeper, died in that tower along with five others. During the two years Key West had no functioning light tower, from 1846 to 1848, the island outfitted a ship called Honey to serve as a temporary source of light for ships.

When the new tower arose in 1848, Barbara Mabrity again served as its keeper. The new Key West Lighthouse consisted of thirteen lamps, rose fifty feet tall, and stood at a high point in Key West, fifteen feet above sea level. At the age of 82, Barbara lost her job after making anti-Union remarks during the Civil War (Key West remained in the Union despite Florida seceding). Upgrades to the lights occurred in 1858 and 1873 (after another hurricane-damaged the Lighthouse in 1866), which added three feet to the tower's height. In 1887, the original quarters were replaced with a new living facility used by both the keeper's and assistant's families. Each family enjoyed separate quarters but shared the kitchen area. Key West's construction boom of the 1890s, along with tree growth, obscured the light, forcing the island to raise the tower twenty feet, putting the lamps at 100 feet above sea level in 1894.

The U.S. Coast Guard decommissioned the Key West Lighthouse in 1969 when modern advancements replaced human lighthouse keepers. And then, in 1989, the Coast Guard deactivated the light, ending 141 years of continuous service. Today, this Key West Lighthouse serves as a museum, managed by the Key West Arts and Historical Society. Guests can explore exhibits and climb the tower's eighty-eight steps to get a birds-eye view of Key West.

Ogle, Maureen. History of an Island of Dreams. Gainesville: University Press of Florida, 2006.