Cuban exiles established the San Carlos Institute in 1871 and built this theater in 1890. This theater was the location where noted revolutionary José Martí united the Cuban exile community and launched the final phase of his campaign to achieve Cuban independence from Spain in 1892. The Institute was formed as a place for Cubans in Key West to maintain their cultural identity, which included hosting touring theatre companies, musical performances, and the ballet. Today, the theater continues to host shows while the Institute as a whole serves as a museum, library, art gallery, theater, and school.

2015 photo of the San Carlos Institute 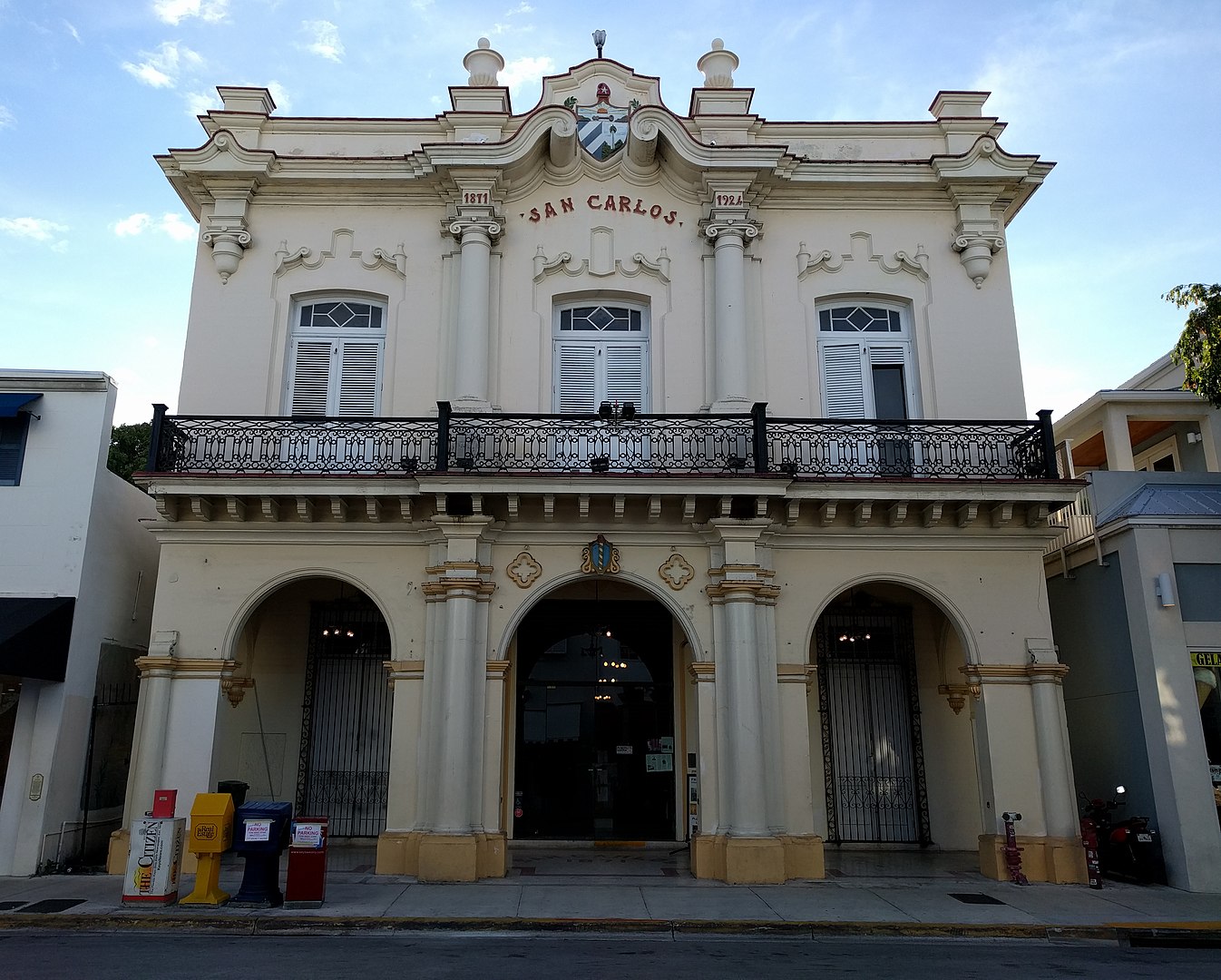 2015 photo of the San Carlos Institute 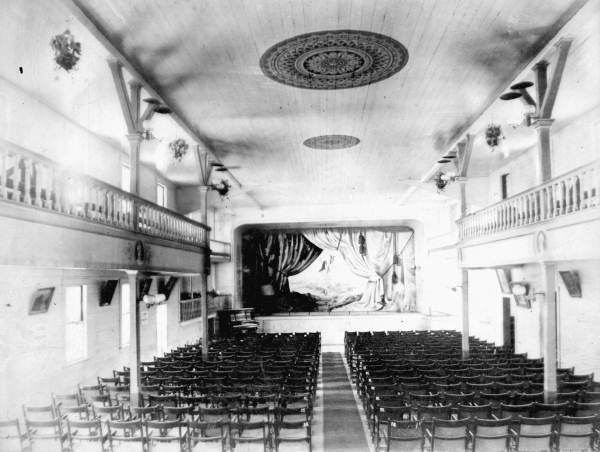 The U.S. took possession of Key West in 1821, but the island city lies only 90 miles from Cuba and roughly 120 miles from southern Florida; the Cuban connection has been an enormous part of its history and cultural story. Cuban exiles established the San Carlos Institute in 1871 as a place to maintain their heritage and use it as a meeting place to discuss Cuban revolutionary causes. As part of the institute, The San Carlos Theater, built in 1890, stood as Key West's first theater, making it the island city's oldest theater. The theater hosted touring dance, music, and live theatre shows.

The San Carlos Institute emerged in 1871 after thousands of Cubans fled Cuba for Key West after a failed revolution. Still, most came to Key West intending to continue to support (or renew) the revolutionary movement and thus return to Cuba once successful (which came in 1902 after the Spanish-American War). The exiles build the San Carlos Institute to help preserve and promote the Cuban-Spanish language, cultural values, and patriotic ideals (and avoid Americanization) of the Cuban people who had relocated to Key West. The theatre -- Key West's first and oldest theatre -- hosted touring ballets, music performances, operas, and theatre companies, all of which helped maintain their cultural identity during the late 1890s. Additionally, it served as a meeting hall used by Cubans to discuss matters related to Cuba and the ongoing efforts to gain independence from Spain. Noted Cuban revolutionary, José Martí, spoke there often and helped create unity among the Cuban population in Key West before leading the movement to fight for Independence against Spain between 1895-1898. In fact, Martí loved the San Carlos, so he referred to it as "La Casa Cuba."

Since the 1890s, the Cuban population in Key West has shrunk from fifty percent of the total population to roughly twenty percent. However, during that time, and after several political changes in Cuba, numerous exiles have come and gone in Key West, slowly creating a fractured Cuban community depending on their allegiances in Cuba and feelings towards those who chose to stay in Key West. As recently as 1992, one faction of the Cuban community bashed a renovated doorway to the San Carlos, funded by another Key West Cuban community. Meanwhile, for a large percentage of Key West residents and tourists, there exists an appreciation of Cuban culture expressed through such avenues as the arts, food, history, and music.

In short, the Cuban influence on Key West remains prevalent and, for many -- including tourists -- celebrated. Today the renovated San Carlos Theater allows people to enjoy that Key West - Cuban cultural connection as a multi-purpose facility that functions as a museum, library, school, conference center, art gallery, and theater, which hosts concerts and other theatrical events. But alongside that cultural appreciation, the building serves as a reminder of the complex relationship between Key West and Cuba demonstrated by one of the museum exhibits: "The Life and Works of José Martí: 1853-1895," which showcases his life and deeds.

"The Fight for Independence." History of Cuban Nation, from Colonial Days to the Present. cubahistory.org. Accessed March 16, 2021. https://www.cubahistory.org/en/the-fight-for-independence.html

Daily: 12:00 PM to 5:00 PM (Please check with the Institute for changes in hours due to the COVID19 pandemic, as well as safety requirements for visiting).