Key West's La Concha Hotel & Spa was completed in 1926, an era of growth and great optimism for the island city as investors pinned their hopes on the booming real estate in southern Florida and construction of a railroad and road that would connect Key West to the Florida mainland. At six stories, the hotel towered above Key West and it proved to be the island's first, true luxury hotel. Early success did not arrive though, as the island's economy suffered during the late 1920s and became even more challenging during the Great Depression. However, federal support in the form of New Deal investment aided Key West's tourism industry and the hotel. The hotel benefited from the investment in infrastructure and grew into one of the most iconic hotels in Key West. The hotel has hosted a variety of visitors and was also a favorite of Key West residents such as Ernest Hemingway and Tennessee Williams. The hotel currently operates as Crowne Plaza Key West-La Concha. 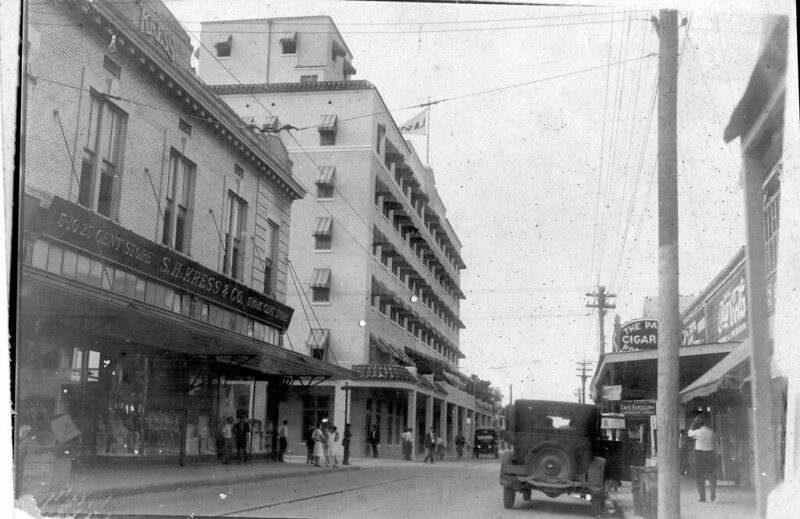 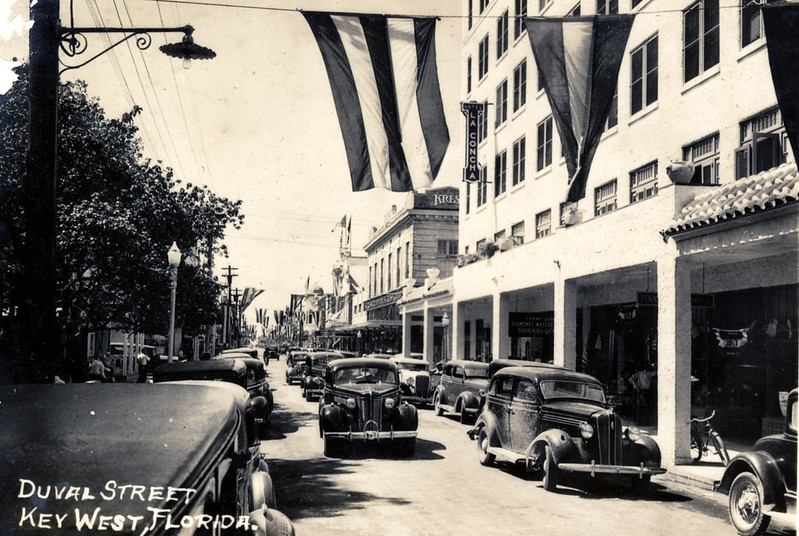 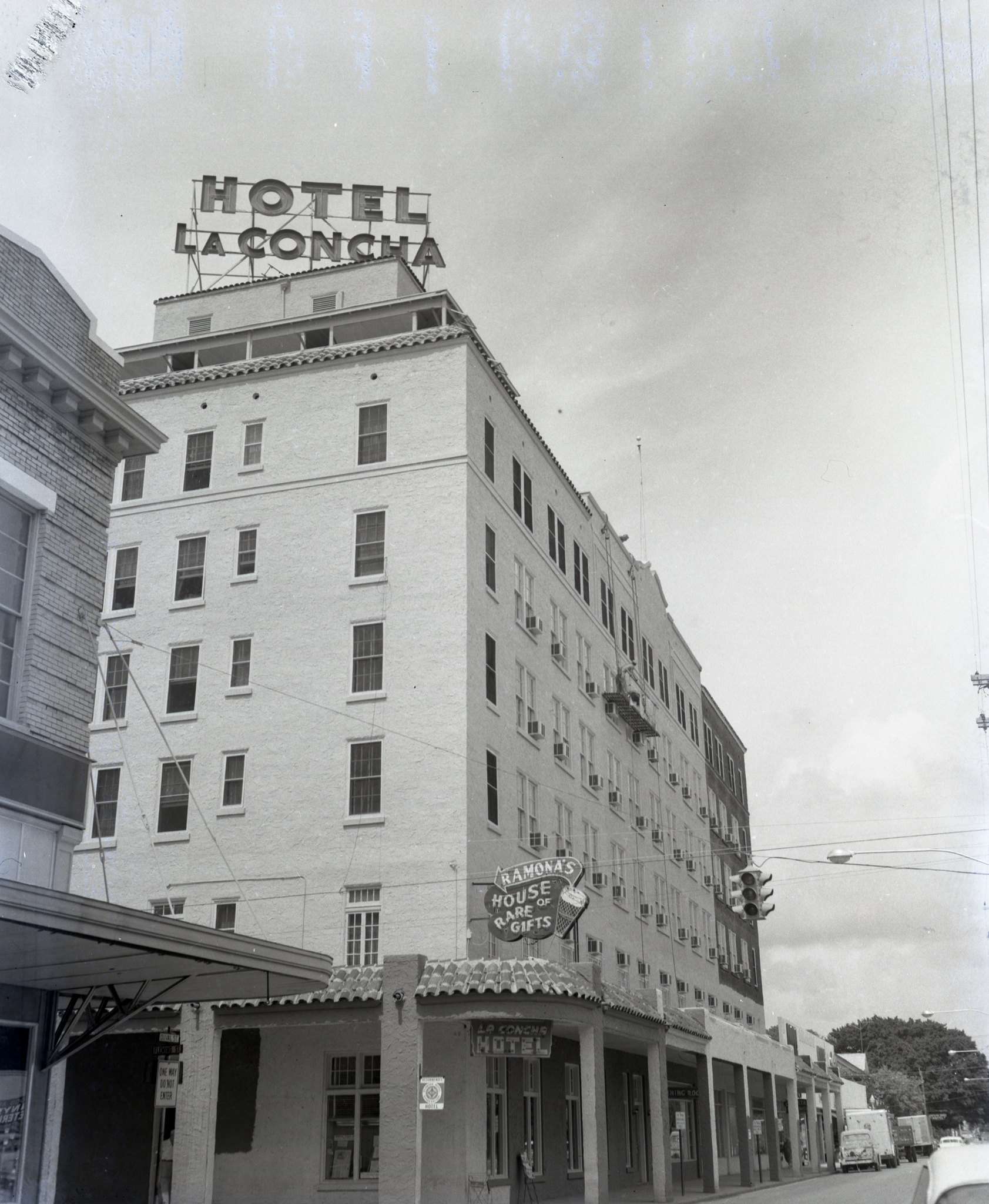 Much of the early twentieth century for Key West involved attempts to bolster its tourism industry. Key West's two issues involved its isolation from the mainland (accessibility) and any established service industry. The railway project that opened in 1912 connected Key West to southern Florida, but the automobile quickly overtook the railway as America's favorite mode of transportation. Thus, the 1920s and its roaring economy included a push by the city to build a highway that connected Key West to Florida. As well, the Key West needed hotels -- the La Concha hotel opened two years before the highway "opened" in 1928 (the highway ended several miles east of Key West, so cars had to park on a ferry that took them the rest of the way). The New Deal of the 1930s helped turn the page on the island, helping it transition into an island that could handle multitudes of tourists, which helped the hotel immensely.

While the southern U.S., including Florida and its island city, Key West, did not enjoy the same robust industrial growth of the northern U.S., tourism was something many hoped to bolster during the twentieth century. Key West had its gambling and cockfights, and even a good drinking-scene during Prohibition (far better than most in the mainland U.S. enjoyed). But not the kind of perks and accommodations that would keep vast numbers of tourists on the island more than a few days. More than just tourism, though, people moved to Florida in droves during the mid-twentieth century, with some 300,000 people moving to the state (including the southern tip) between 1923-1925.

La Concha Hotel & Spa emerged in 1926 during the "Roaring Twenties," when the state's and nation's economy boomed. In Key West, optimism reigned, tied to the nation's healthy economy, Florida's population boom, and the highway construction plans. Investors hired Carl Aubuchon to build the luxury hotel -- the first of its kind in Key West. At six stories high, it towered above Key West when it opened. Guests enjoyed the most modern conveniences available at the time, such as private baths and an elevator. As well, the hotel offered guests marble floors, luxurious décor, and eye-catching ocean views.

Still, while optimism fueled investors to build hotels and champion highways and modern advances, cigar factories were closing, and the financial boom created by the military's presence during World War I had long since vanished. Additionally, the city supported sixty-nine manufacturing plants in 1919, but that number fell to less than thirty by 1928. The town faced financial collapse by the late 1920s, a microcosm of what the entire nation would see by 1930 with the dawn of the Great Depression. And by the heart of the Depression, Key West was desperate -- declared to be in a state of emergency by Florida's governor. New Deal initiatives finally came in by the mid-1930s. The hotel, despite the difficult times, remained in business even as the island suffered.

The only thing that would save Key West was to transition from a small island paradise that catered to residents and quiet nights with a few tourists to one that would support nightclubs and crowded streets. To survive, Key West had to become a resort town, much to some residents' dismay, including Robert Frost and its most famous resident, Ernest Hemingway. Key West used New Deal money to fix various problems, from rehabilitating residential districts and upgrading the city's infrastructure to beautification projects. The city even managed to paint murals on buildings, print brochures for tourists, and hire musicians to greet tourists as they arrived, knowing that money proved vital to the island's economic health; the transition was complete. For good or bad, the hideaway island for so many (including Frost and Hemingway) was slowly changing into a middle-class vacation spot. Four thousand guests stayed in hotels during the 1933-1934 season, but the New Deal projects helped that number double to eight-thousand the next year; the La Concha Hotel & Spa benefited mightily from the New Deal and the tourism-focused projects led by local and federal officials.

By the late 1970s, Monroe County (Key West) became Florida's most expensive place to live as people flocked to Key West, bought old homes, and renovated them into lavish new homes. Streets were filled with tee-shirt shops, neon signs, and all the typical tourist draws. While that upset some, Key West had grown into a favorite spot for people to visit, and hotels like La Concha benefited. La Concha Hotel & Spa hosted many famous guests, including Ernest Hemingway, Tennessee Williams, and Harry Truman. The La Concha hotel & spa remains a luxury hotel, just as investors had intended it when they built it during the height of optimism in 1926. To see the hotel now is to view much of Key West's long-standing mission to open the isolated island to travelers.