Built around 1843, the Bonner House is a Greek Revival house that was originally owned by Thomas Bonner and his family. Bonner enslaved around 20 Black individuals, who worked on the farm, growing crops such as wheat, cotton, oats, potatoes, beans, and corn. There would have also been a distillery, a smokehouse, a commissary, slave quarters, and a cemetery on the property, none of which still stand. The Bonner family lived at this house until they sold it in 1865 after the Civil War and moved to Alabama. The house is now located on the property of and is owned by the State of Georgia's Board of Regents. 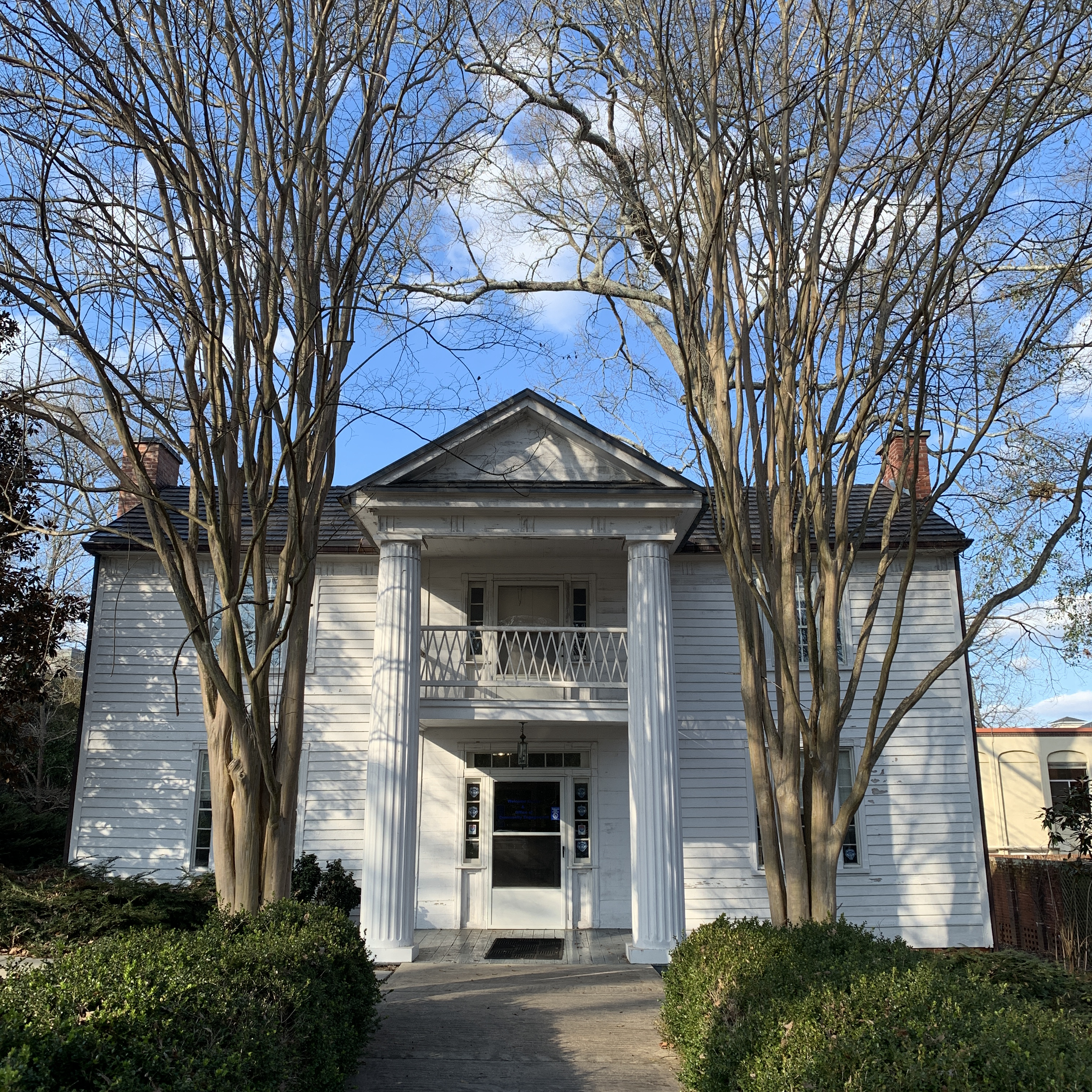 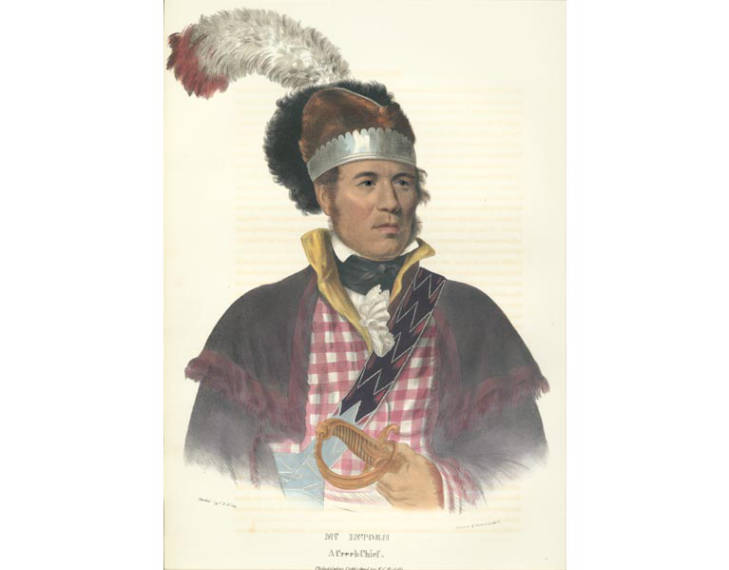 The McIntosh Stone was located on West Georgia's campus until 2017. The origin of the Stone is contested. Image date unknown. 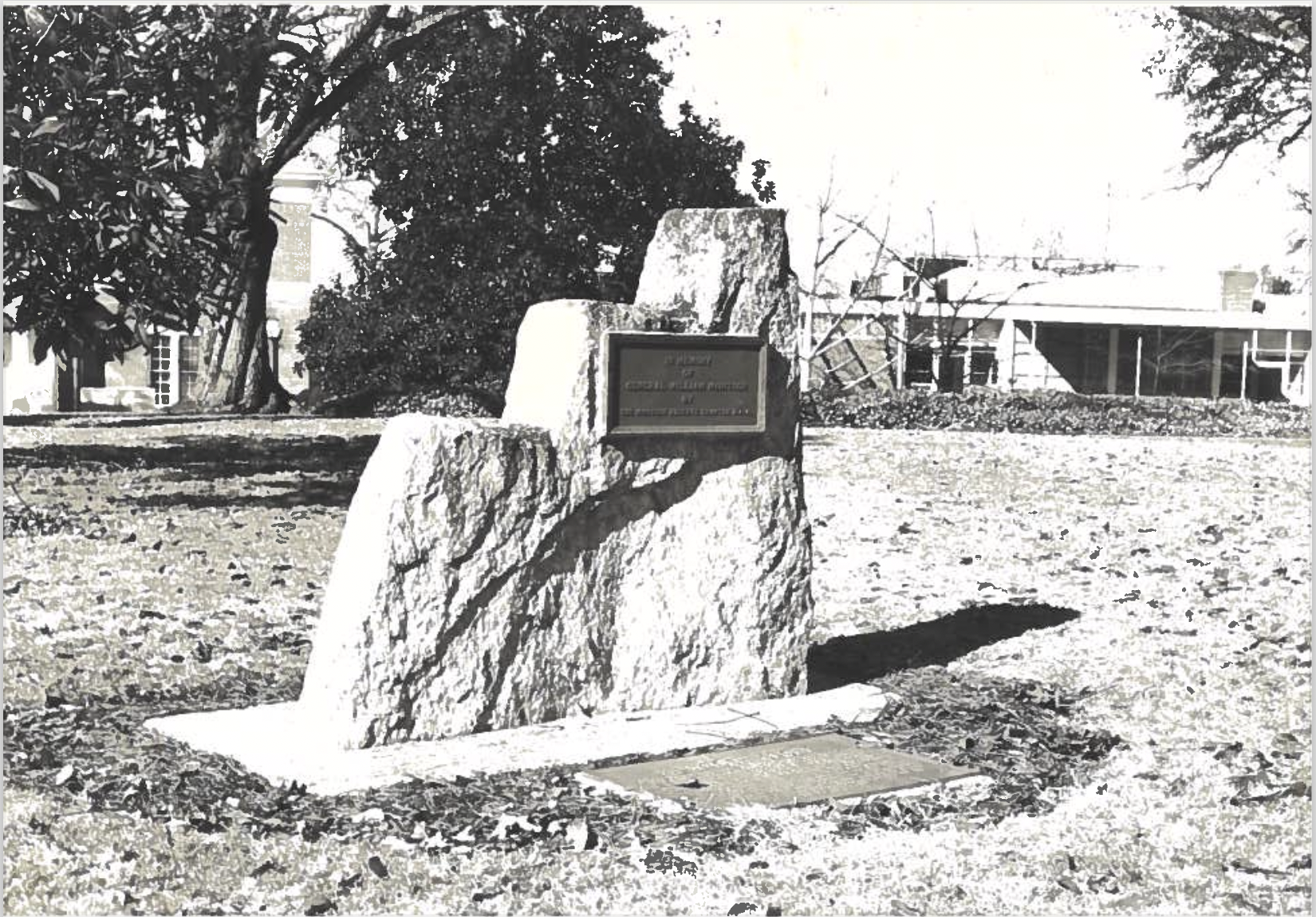 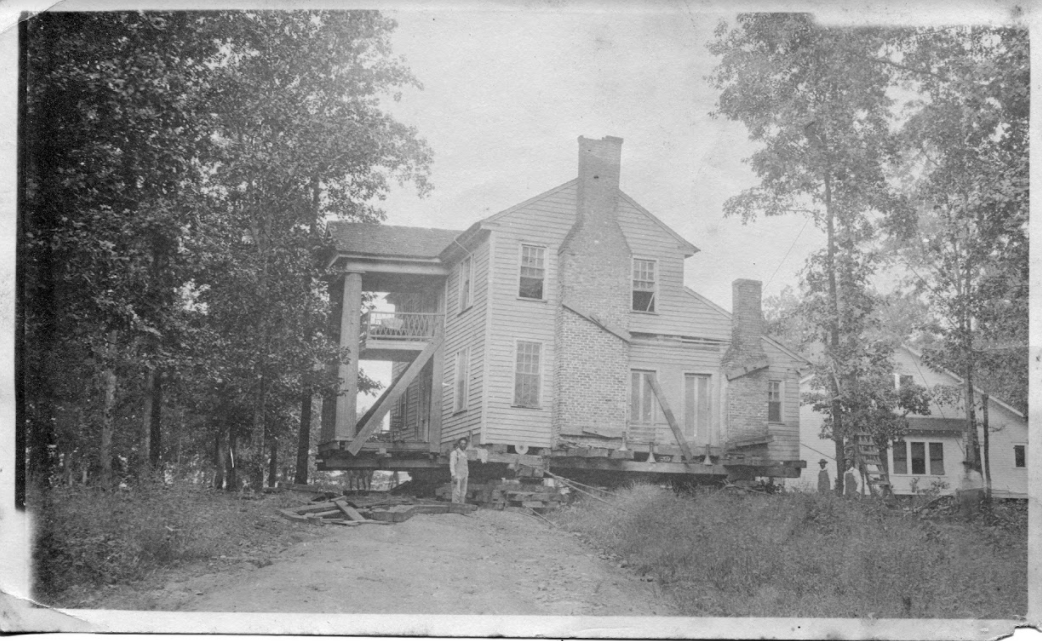 The history of the Muscogee (Creek), the Bonner Farm, enslaved African Americans who worked on the farm, and recent archeological finds.

While you are currently at the University of West Georgia, this land has seen a lot of history, and many people have walked through this place with different experiences.

To start off, where you are now is the ancestral land of the Muscogee (Creek) nation. Indigenous communities lived on this land for centuries prior to European settlement. Starting in the 1500s, European people started moving into Muscogee (Creek) land and trading, and eventually the United States established itself in the area. This land and its inhabitants saw a variety of responses from the Muscogee (Creek), from armed resistance to attempts at assimilation into American white society. By 1825, white Americans desired more access to this land for farming, mining, and other uses. William McIntosh of the Lower Creek tribe and other Creek leaders signed the Treaty of Indian Springs (1825), ceding Muscogee (Creek) land in Georgia and Alabama, in exchange for land in what was called “Indian Territory,” now present-day Oklahoma. However, this violated a Muscogee (Creek) law that stated that no lands could be sold without the approval of the Muscogee (Creek) council under the threat of death, so McIntosh was executed as a result. Regardless of the treaty, though, in 1830, President Andrew Jackson approved the Indian Removal Act, so Muscogee (Creek) people were forced to move to Indian Territory, during which many Muscogee (Creek) died and others experienced “tragedy and trauma” ("Video 3"). Despite such tragedies, the Muscogee (Creek) nation exists today as an active sovereign nation and its members even returned to their ancestral homelands near northwest Georgia in 2014 for a commemorative event.

After the state of Georgia took native land and expelled indigenous people, it divided the land out to white settlers through land lotteries. Lots 99 and 100, which today make up most of the campus of UWG, were part of this Land Lottery. A white man named Thomas Bonner acquired the land in 1840 and established a farm here around 1843. The Bonners enslaved over 20 Black individuals to work the farm. Compared to a single cash crop-based plantation, the Bonner farm was a relatively small, country farm where the enslaved people who worked here raised livestock, grew cotton and other crops, and ran a distillery. One of the men who lived and worked on the Bonner farm was named Abraham Bonner, who spoke about his experiences after being enslaved on the Bonner farm, and from whom we know a lot of what we do about the Bonner farm today.

Recently, archaeologists identified a cemetery to the west of present-day Melson Hall, though evidence of a cemetery for the enslaved was also found in the early 1900s. The cemetery is believed to be a burial site of enslaved people from the Bonner Farm, which would have been located in the back of the main cemetery and would have contained rocks to designate graves. Though we might not know much about who these people were and what their lives were like living and working here, UWG is now working on interpreting the site and creating a memorial, and during this process, the University History Project at the Center for Public History hopes to consult with members of the community and family members descended from enslaved people who lived here.

Ingram, Anne Gayle, ed. The A&M School at Carrollton 1908-1933: A Collections of pictures and readings. In West Georgia Through the Ages: A structural development history. Carrollton, GA: West Georgia College, 1978.

Created by Sarah I. Rodriguez (Instructed by Keri Adams, Center for Public History at the University at West Georgia) on January 29th 2021, 7:52:18 pm.

Last updated by Sarah I. Rodriguez (Instructed by Keri Adams, Center for Public History at the University at West Georgia) on June 13th 2021, 4:54:40 pm.