Dedicated in 1985, this monument honors West Virginia educator Booker Taliaferro Washington. Born into slavery prior to the end of the Civil War, Washington established Tuskegee University and worked to establish private funding for hundreds of schools for African American children across the South at the turn-of-the-century. After the Civil War, Washington moved to West Virginia with his mother and stepfather. As a young boy, Washington worked with his stepfather in the salt mines of Malden, a small town near the city of Charleston. At this time, the boy learned of a schoolhouse that was near their home and convinced his stepfather to allow him to attend that school by working morning and nights in the mines while reserving the daytime hours for school. This ambition for knowledge would be the signature of Washington's life. Washington returned to West Virginia throughout his life and often spoke at West Virginia Colored Institute, a historically Black college that is now West Virginia State University. 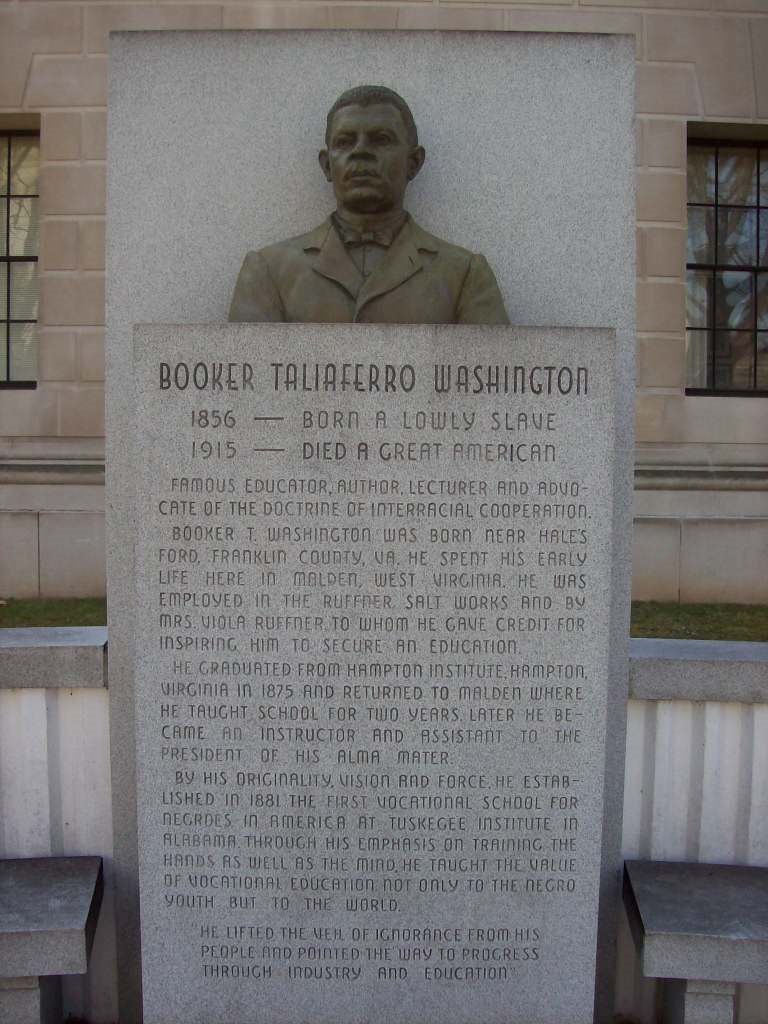 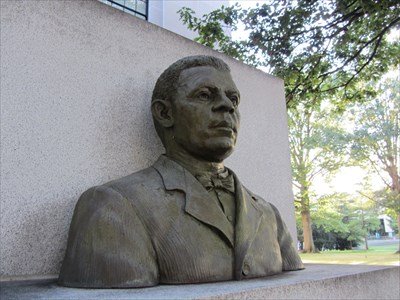 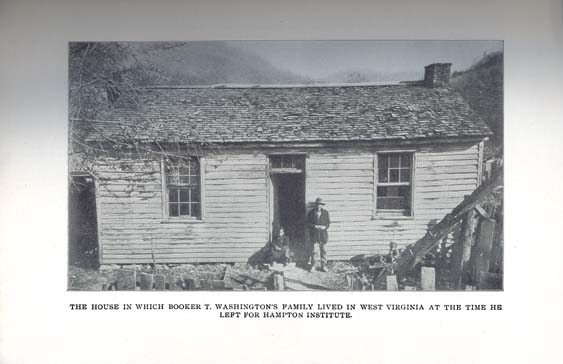 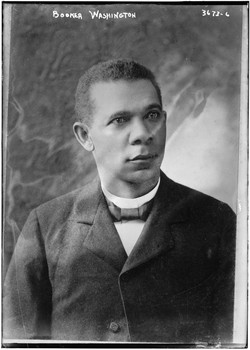 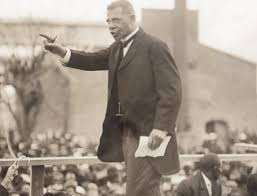 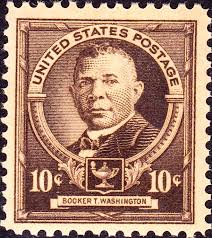 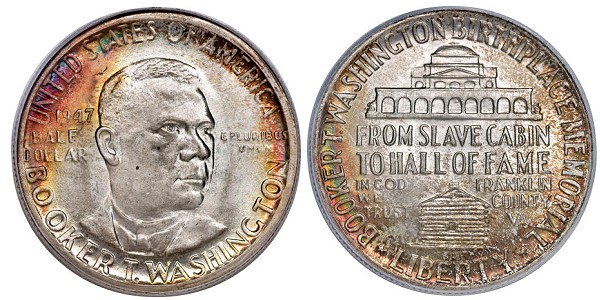 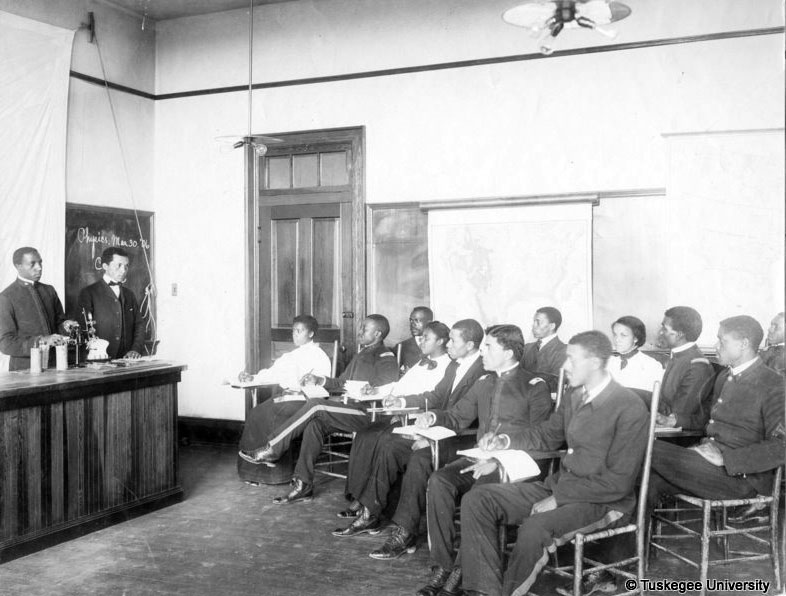 Booker T. Washington was born into slavery on April 5, 1856 in Franklin County, Virginia. Once the Civil War ended, Washington and his mother joined their previously escaped stepfather in Malden, West Virginia. Young Washington worked with his stepfather in the early morning and late evenings in the Malden salt mines, but during the day he attended the Tinkerville school. The school was held inside the house of Washington’s pastor, Reverend Lewis Rice, and classes were taught by Ohio teacher, William Davis. Washington later found himself in the service of the Ruffner family, a renowned and wealthy family in Malden, where he worked as a houseboy, with the Ruffner Salt Works, and served as an assistant to Mrs. Viola Ruffner herself.

Washington’s thirst for knowledge would follow him throughout his life. In 1875, Washington graduated from Hampton Normal and Agricultural Institute in Virginia. He first became a teacher and coal miner in West Virginia, before returning to the Hampton Institute to continue his career as an educator. In 1881, Washington opened his own school in Tuskegee, Alabama for Black students. It started as a simple single room school, but he had ambitions to make it into an accreditable university. In order for his project to take root, he knew he had to gain the support of the white political and social leaders to help fund his goal to prepare African Americans for life long careers, rather than finite jobs; and in the age of Jim Crow Laws, this was easier said than done.

Washington could see a lot of compromise that was needed to fulfill his promise to himself and to African Americans in the South. In order to gain proper funding, he had to temporarily accept the segregation practices of the South and their assumptions that his schools would prepare Blacks for simple jobs rather than focus on the liberal arts. This angered many Black leaders in the North, like W.E.B. DuBois and William Monroe Trotter, who wanted a more direct approach to ending segregation. Despite this, Washington knew his tactics would be the appropriate approach to procure the funding needed to build hundreds of Black schools in later years.

Washintgon’s plan proved fruitful, and by 1895 he was the most renowned African American educator in the country. His message of hard work, ambition, patience and enterprise garnered him the support of many African American communities, while his work to prepare African Americans for factory jobs and as farmers won over many southern white communities. The previously critical Black leaders saw that the approaches designed by Washington could prove to be the right path of civil rights and full integration into American society.

In the early 20th century, Washington gained financial backing from the Rockefeller and Carnegie families, generous donations from African American communities, and even the backing of the vice president of Sears. This helped to improve and create one-third of all the schools in the South. Washington was even able to dine and consult with the President of the United States, Theodore Roosevelt, with Washington even becoming the first African American to be printed on U.S. currency and postage stamps.