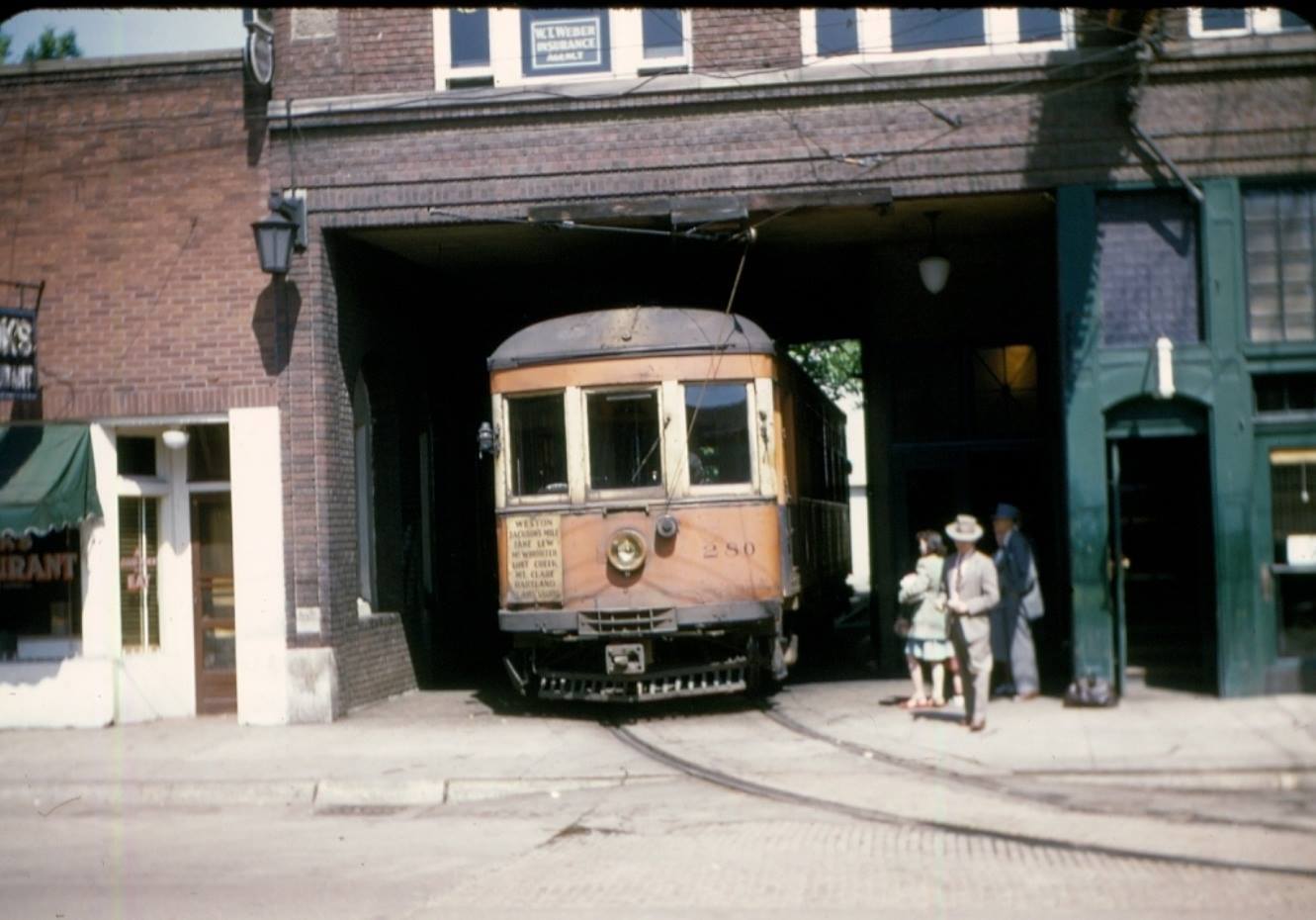 In later additions to the first floor the Traction building included a display room for electric appliances sold by the Monongahela West Penn electric power company. On the third floor was location of the open switchboard of the C&P Telephone Company. At the end of the year 2000, the building was converted into offices and is now home to the Weber Law Firm.

A streetcar line serviced Weston, Jane Lew, Lost Creek and other locations up to Clarksburg from 1913 to 1946. It was originally operated by Monongahela Valley Traction Company which then became part of Monongahela West Penn Public Service Company. This company was part of the much larger West Penn System located out of Pittsburgh, PA. It had the biggest interurban system in West Virginia. It remained in their control until 1944, when it was sold to City Lines of West Virginia and was converted into a bus line by 1947.