One story brick church building constructed 1876 immediately below site of first Catholic Church in Weston. Remodeled between 1914-1929 when catholic church moved into new quarters. Front has been extended with brick addition, now covered with stucco, and steeple has been removed. Remainder of building reasonably intact, with arched windows on either side and circular opening at rear where a stained glass window has been removed or covered over. Entire building now painted white. Catholic population in Weston and Lewis County originally established in 1840's with the construction of the turnpike when the county saw a large influx of Irish immigrants, and enjoyed further growth in the 1860's when Italian stonemasons came in to work on the building of the Lunatic Asylum. 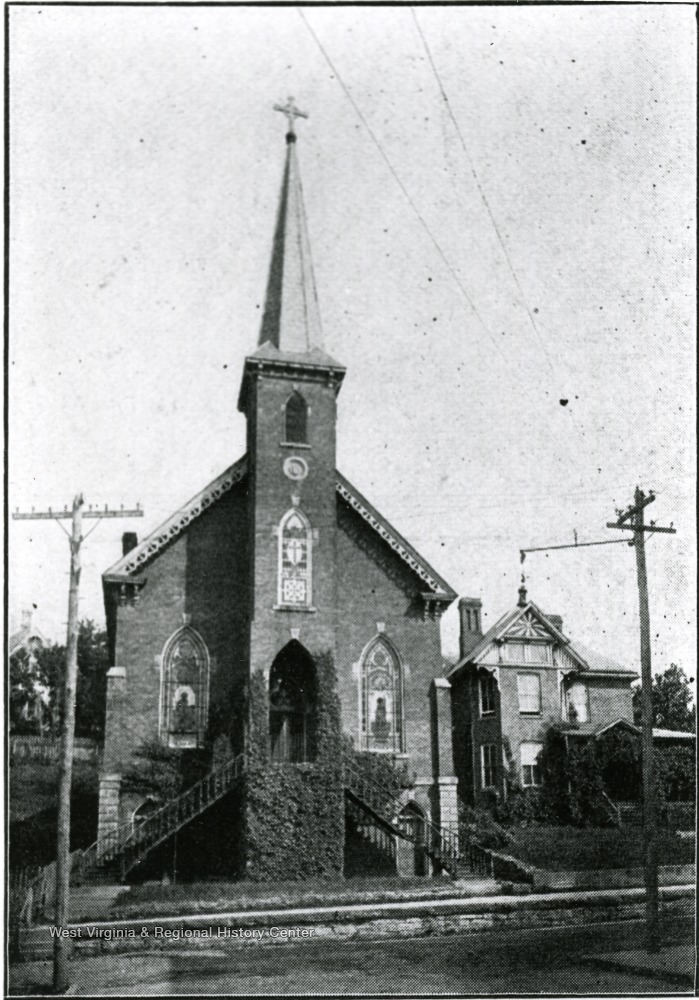