The Weston Federal Post Office was built in 1933-34. It was built in the classic 20th century federal building style that pulls from many classic revival periods. The building includes several ornamental features with a brick on steel frame and cement foundation. The building has a high first floor and a low second floor. The arched entrance is inset with marble and Corinthian columns. Center stage of the structure is an American Eagle of high relief. In 1962 the pitched roof was removed and a flat roof was completed. 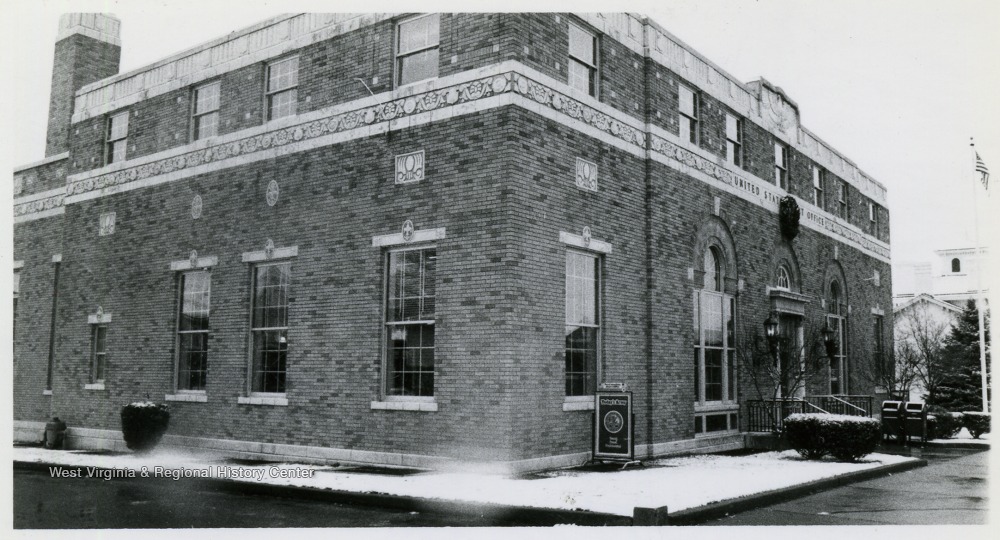 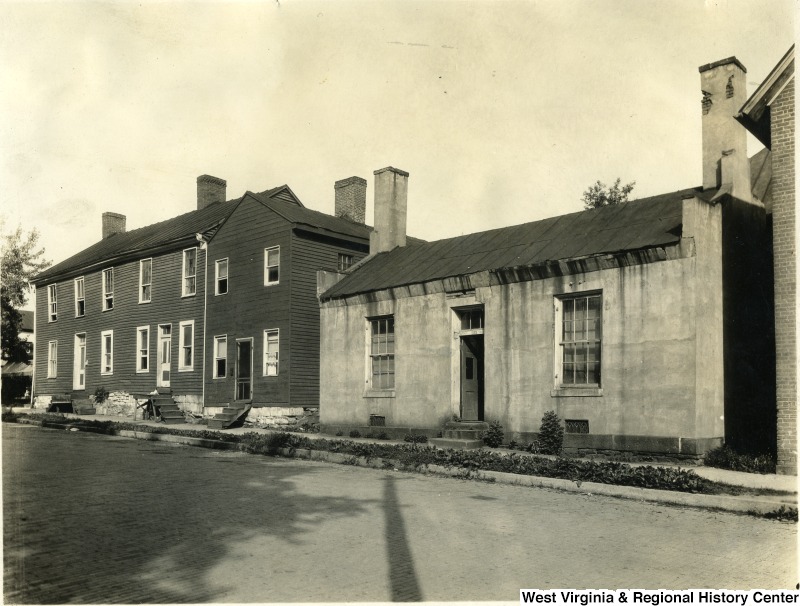 Levi Maxwell home before and after 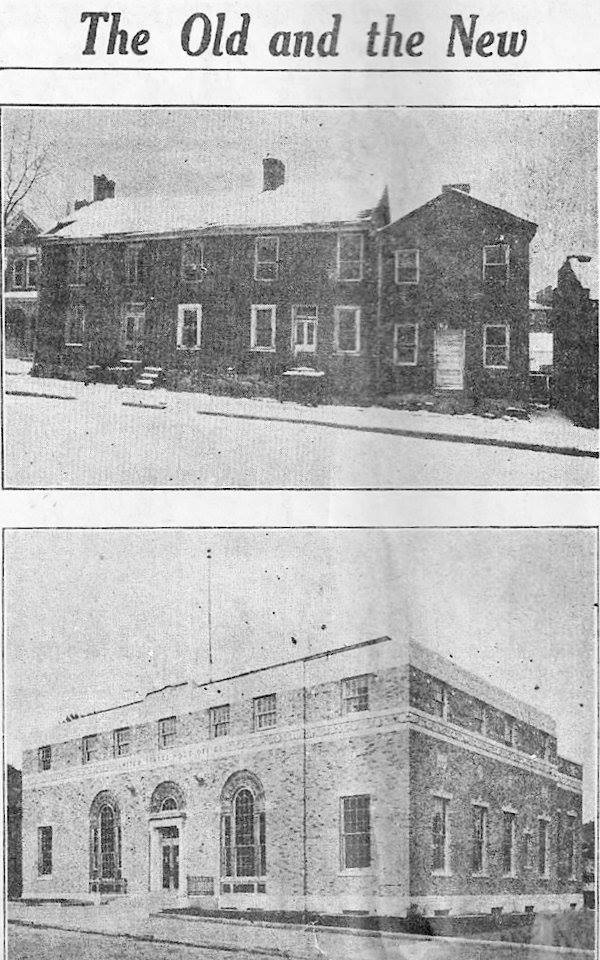 Old buildings on site of the now Weston Post Office included homes that were on level with the street doorways. It was recorded that a meteor fell in this unpaved street in 1833. Notable people born at this location were Edwin Maxwell, Bishop John W. Hamilton and William George Bennett . It has been reported that at the Maxwell's home at this site was where the first meeting of the County Court of Lewis was held. Levi Maxwell's home was the only structure to survive into the 20th century where in remained until 1933 when it was demolished to build the new post office. Levi Maxwell was the brother of Lewis Maxwell one of the founding men of Weston.

The small old brick, concrete office was office of Gideon D. Camden and J. M. Bennett, both local lawyers. The building to right reaches to corner of 'Bank Ave' it was once owned by Burns family.' In 1867 it was home to the Democrat Newspaper until it moved in 1875 when it became home to the post office. The post office was opened in this location under the postmistress Mrs. Newton Bennett Barnes. The letter posting slot was saved when the building was destroyed and was in the possession of the Lewis County Historical Society in 1975 but it's current location is unknown.