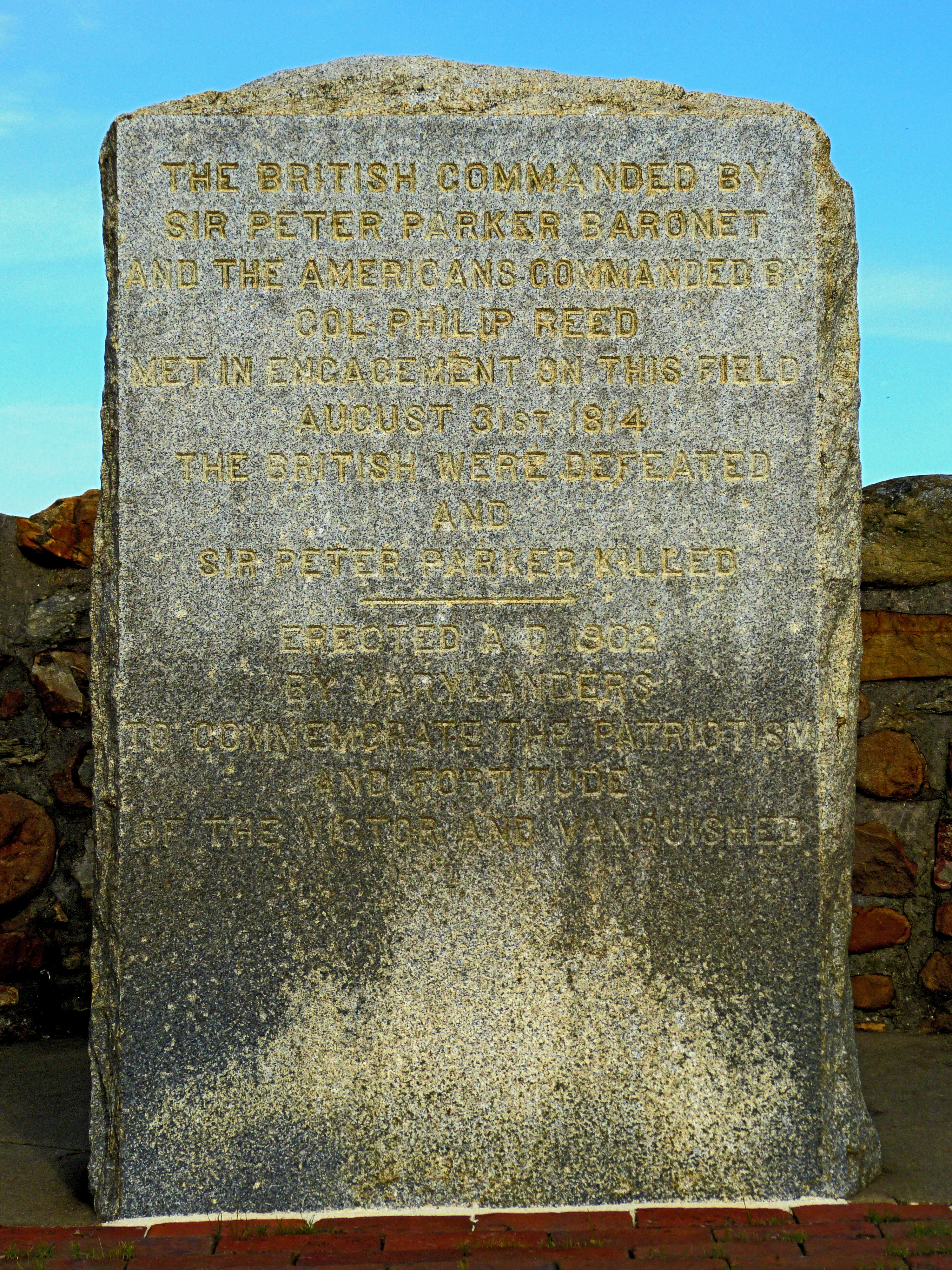 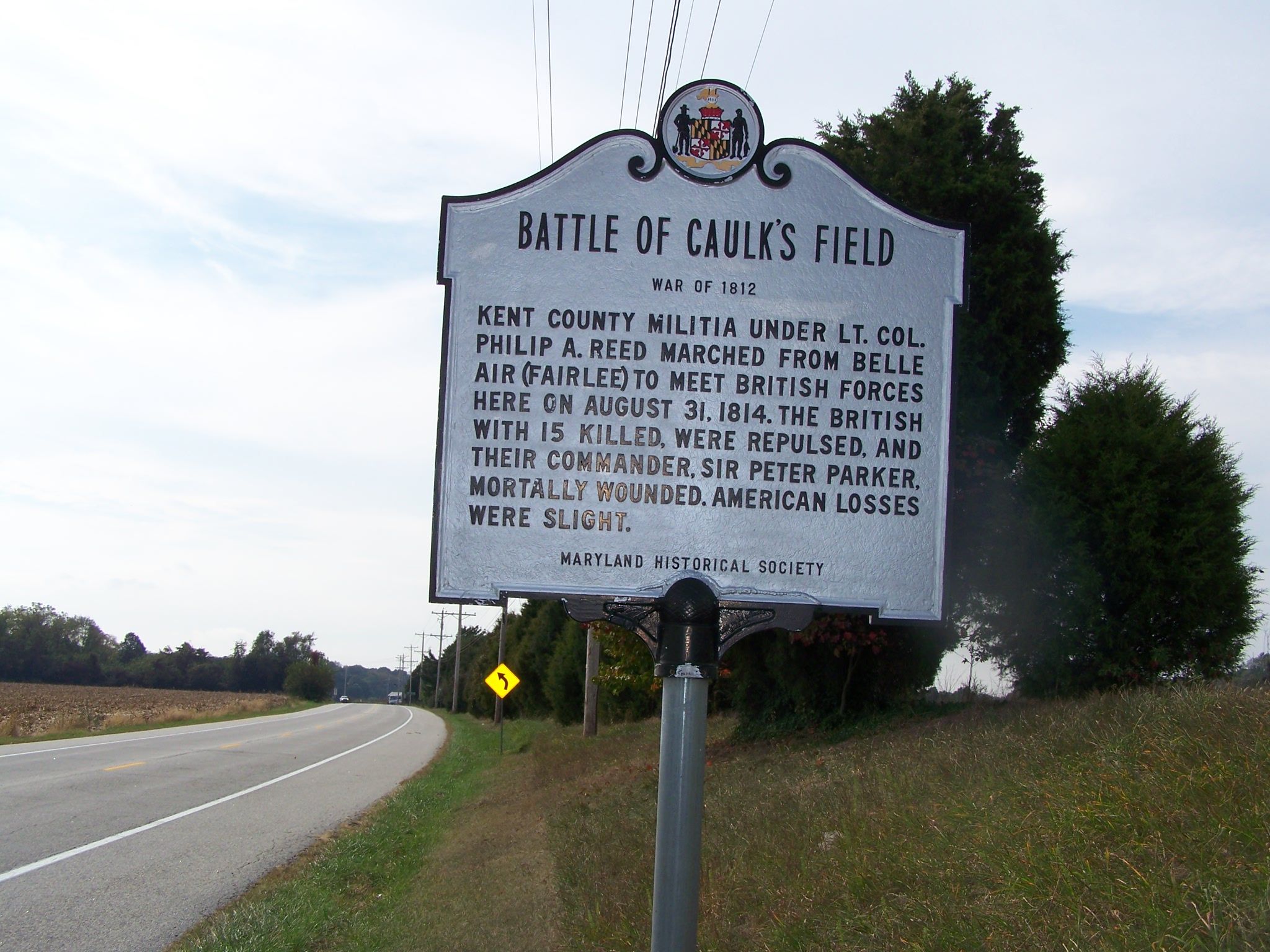 Sir Peter Parker, who commanded British forces at Caulk's Field; he was 24 when he died 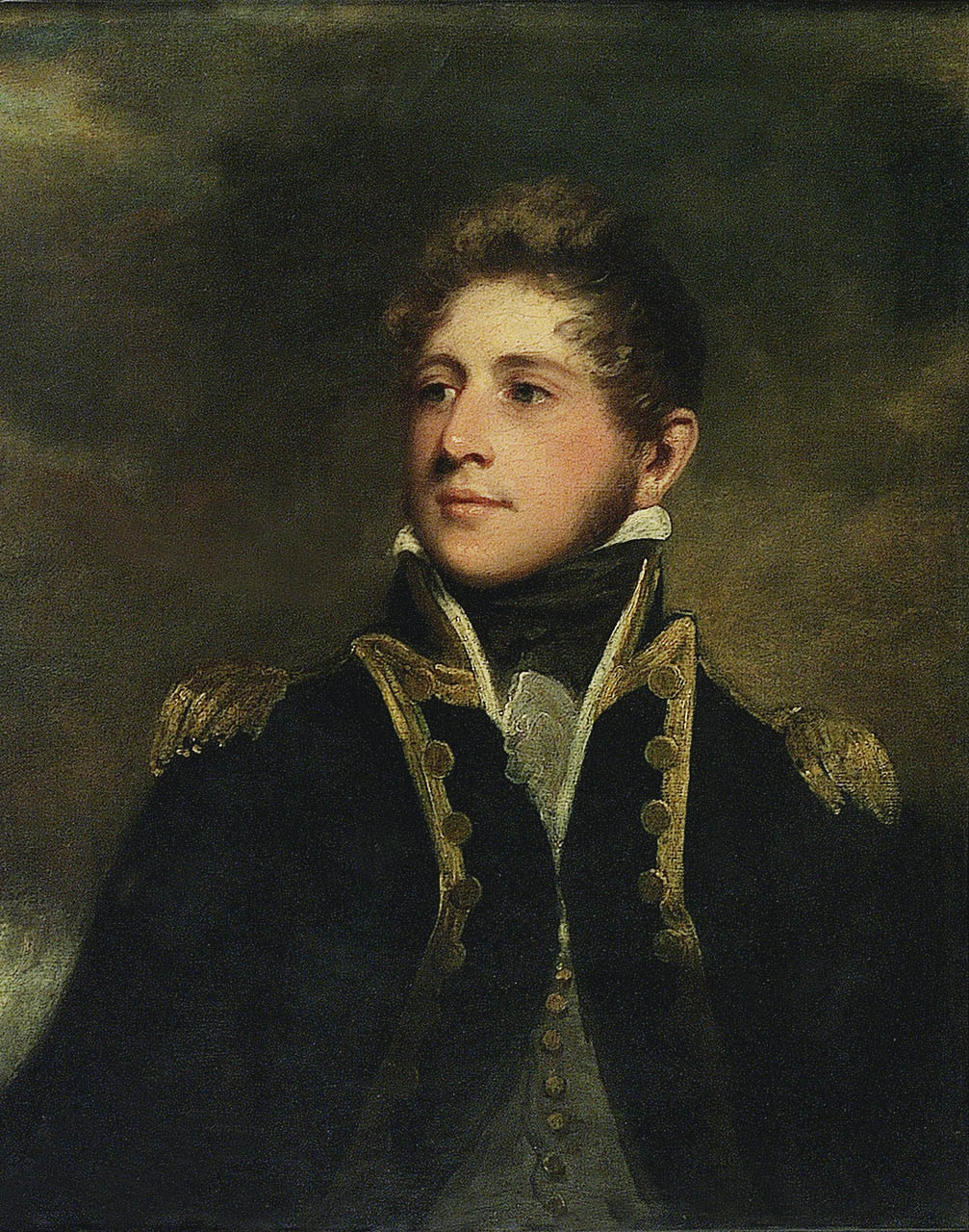 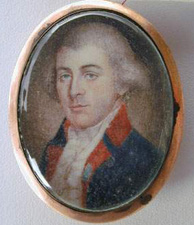 During the War of 1812, Great Britain blockaded the Chesapeake Bay. The blockade led to the capture of dozens of American merchant ships and privateers, devastated the local economy (including the ports of Norfolk and Baltimore), and undercut war enthusiasm. It also threatened the American capital. By the autumn of 1814, British forces in the Chesapeake had been reinforced by several thousand veteran infantrymen from Europe; with a strong force on hand, the British prepared to attack Washington, D.C. and Baltimore.

In order to confuse United States forces and prevent reinforcements from reaching Baltimore or Washington, the British planned a diversionary attack against Maryland’s Eastern Shore. Command of the diversionary expedition was given to Captain Peter Parker, commander of the HMS Menelaus, a powerful 38-gun frigate. With the Menelaus and over 100 sailors and marines at his command, Parker set out to wreak havoc. As midshipman Frederick Chamier recalled, “We were dispatched from the squadron in order to draw the attention of the American forces form Baltimore…Our duty consisted in an eternal annoyance of the enemy, and therefore night and day we were employed in offensive operations.”[7]

Parker quickly began burning homes (or Chamier put it, we “were most consummately skilled in the art of house-burning”). During one such raid, Parker’s men liberated several Americans slaves (who often fled to the British in search of freedom); one slave alerted Parker to a nearby militia camp at Bel Air (now the town of Fairlee). Parker determined to strike the camp immediately, and on the evening of August 30, 1814, he set out with 140 marines and sailors.

The small American camp housed 174 soldiers of the 21st Maryland Militia Regiment, commanded by Lieutenant Colonel Philip Reed, a Revolutionary War veteran. Sometime after 10 p.m., American pickets discovered the advancing British and opened fire. The picket’s guns alerted the American militia. Initially believing the British force intended to destroy more homes, Reed reported that “it was quickly discovered that the blow was aimed for our camp.”[5]

The militia laid an ambush. Knowing the British to be marching along Georgetown Road, Lt. Col. Reed arranged most of his men in a line of battle on a slight ridge astride the road, facing an open field owned by local farmer Isaac Caulk. The center of his line was occupied with several artillery pieces. To his front, Reed posted militiamen who would wait in ambush; armed with rifles rather than smoothbore muskets, this advance guard could inflict accurate fire on the enemy.

Around 1 a.m. under the light of the moon, the British column tramped into Reed’s advance skirmish line. The American riflemen opened fire on the unsuspecting British, quickly inflicting several casualties. Having sprung their ambush, the riflemen then began to fall back on Reed’s main line.

Thinking the Marylanders to be retreating, the angry British charged forward. Instead, they surged into the open field in front of the American’s main line. The militia opened a devastating fire, and any British hopes of a quick victory were dashed. Midshipman Chamier confessed, “the fire was too hot, and much to fatally directed to allow us to continue our charge along the road.”[7] Facing a well-positioned enemy, with greater numbers and abundant artillery support, Parker determined to flank the American position (Chamier felt his countrymen should simply have retreated). Captain Parker led an flanking party towards the American left, while a party of sailors attacked the American right.

Fortunately for the British, although the Americans enjoyed a stronger position and numbers, they were running short of ammunition; the artillery had run out of rounds entirely. Lt. Col. Reed ordered his troops to fall back in orderly fashion. Yet despite this favorable chance of luck, the British advance was halted by the mortal wounding of Captain Parker. “The whole animation of the party died when he drooped,” Chamier recounted.[7] Dying quickly of blood loss, Parker stated, “I fear they have done me…you had better retreat, for the boats are a long way off.”[5] On the cusp of victory, Parker’s death forced the British to retire.

The Battle of Caulk’s Field resulted in 14 British dead and 27 wounded; the Americans suffered only 1 killed, 3 wounded. The victory energized the local militia and raised morale. However it had little impact on the wider course of the Chesapeake Campaign. A week earlier, an American army had been decisively defeated at the Battle of Bladensburg, which resulted in the British sacking of Washington, D.C. In the weeks following the battle, the British would prove unable to repeat their performance at Baltimore, saved by Fort McHenry (where “the flag was still there”).

An uncommon American victory in the Chesapeake Bay (and a rare night battle), the Caulk’s Field battlefield has been well preserved (in part due to its rural location) and can be visited. In 1902, the Baltimore Chapter of the Daughters of the American Revolution placed a monument at Caulk’s Field to the American victory, and a more recent state historical marker also stands near the site. Archeological work in the 2010s uncovered over 700 artifacts and suggested the British suffered most of their casualties in Isaac Caulk’s field itself. In 2014, for its 200th anniversary, a reenactment of the battle was held in Fairlee.