Protestors confronted by the Police on "Bloody Sunday" 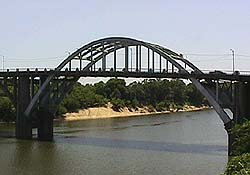 The Selma Movement courtesy of barnonegroup.com This marker at the bridge site gives a history of the voting rights and racial discrimination that led to what is known as "Bloody Sunday," which great sacrifices were made for American Civil Rights 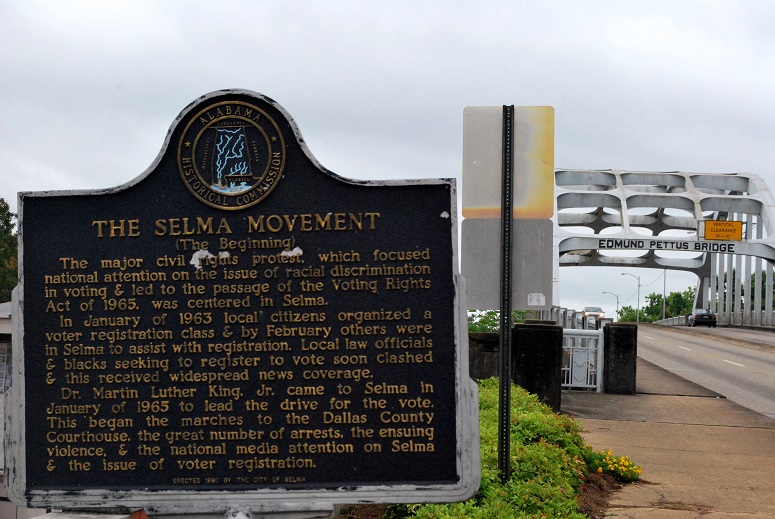 Historical marker on the bridge itself 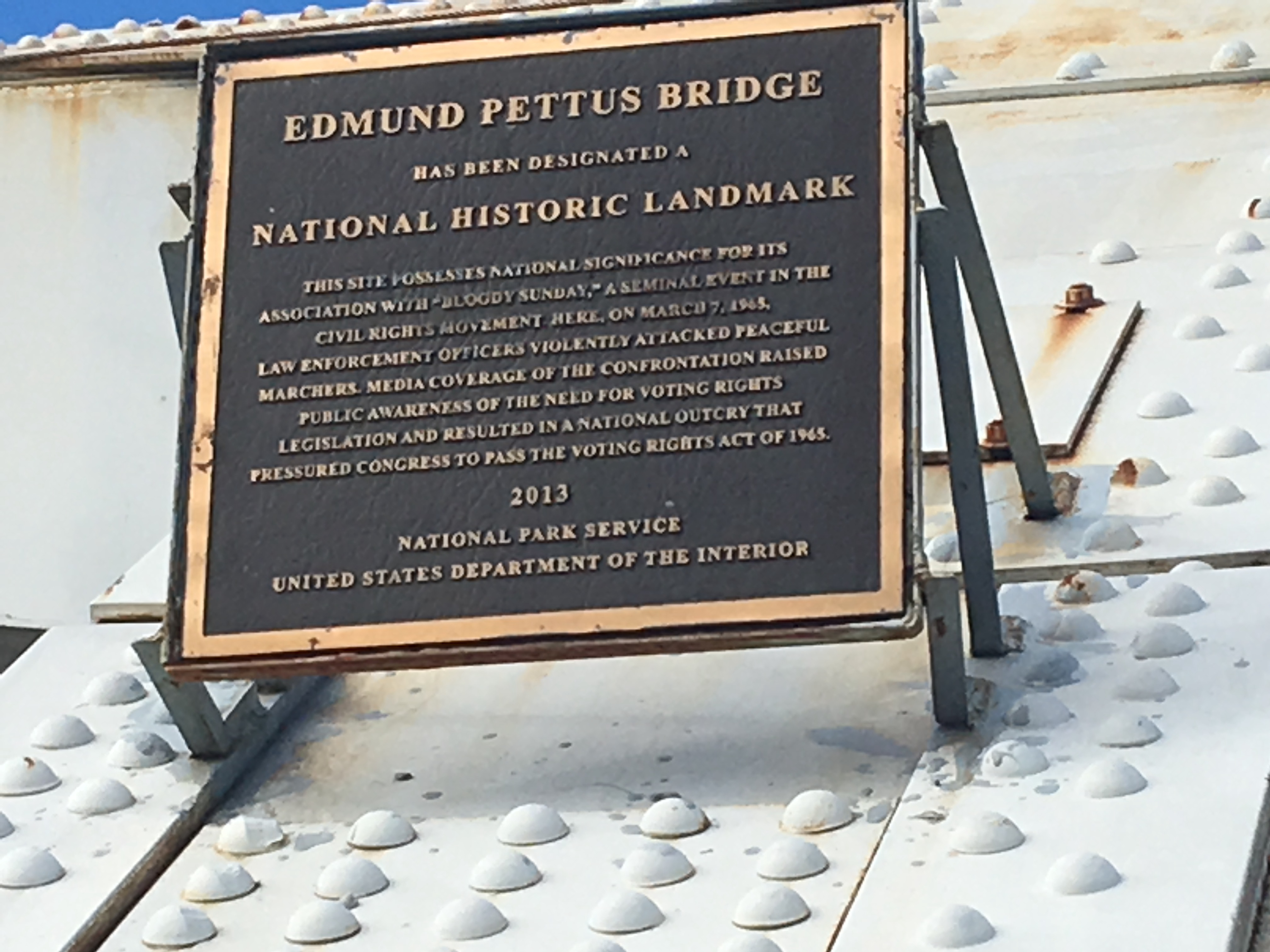 The Civil Rights Movement challenged segregation, racial discrimination, police brutality, and the refusal of white political officials to permit African Americans to vote in many Southern state. During this period, supporters of the movement participated in marches and other peaceful forms of protests in order to bring attention to their issues and demonstrate solidarity with one another.

On March 7, 1965, several hundred civil rights proponents met in downtown Selma, Alabama. After saying a prayer, they were led in a peaceful march through the city. Arriving at the Edmund Pettus Bridge, the protestors were met by police who ordered them to disperse. When the protestors refused to leave, the police attacked them with tear gas and nightsticks, among other weapons. This day is known as "Bloody Sunday" owing to the attack on peaceful protesters

Martin Luther King Jr led a second march of about 2,500 people two days following the "Bloody Sunday" march. This was an immediate protest of the violent events that had occurred just a few days prior. Meanwhile, King and local leaders planned a larger march from Selma to the Alabama capital at Montgomery. In order for this march to be successful, the leaders needed the police to permit the march, or they needed a court order barring the police from preventing the march.

After petitioning the federal courts for protection, the court declared that the protesters had the right to participate in a protest march under the rights protected under the United States Constitution. On March 21, 1965 thousands of protestors began their march from Selma across the bridge. In contrast to the attack on Bloody Sunday, local police protected marchers from any potential violence. The march to Montgomery lasted four days and over 20,000 marchers arrived in Montgomery on March 25th. The leaders of the march had been successful in their goals and their voice was heard around the country. Within a few months, Congress approved and President Johnson signed the Voting Rights Act of 1965.

The Edmund Pettus Bridge was named after a former Confederate general from Alabama. Pettus was also a leader of the Ku Klux Klan.