The John Kinney House was built ca. 1840 as a farm residence by Avon Township pioneer John Kinney. Kinney and his wife, Eliza, came to Avon Township in 1837 from Warren County, New Jersey, and Kinney purchased 160 acres in section 25 in June 1839. Typical of the era of its construction, the Kinney house is an upright-and-wing built in the Greek Revival style. It is notable as one of the few surviving examples of a pioneer-era home in the former township of Avon (now the city of Rochester Hills). After the deaths of the Kinneys, the property was owned by their niece and her husband, Enos and Elizabeth Weaver, and it remained in the extended family for over a century.

This house is significant for its association with pioneer farmer and contractor John Fairchild Hamlin, who settled this land in sections 22 and 23 of Avon Township after his marriage in 1831. Hamlin, who migrated to Oakland County from New York, was one of the contractors on the Clinton-Kalamazoo Canal project and had a hand in the financing of a plank road into Rochester. The house is also significant for its association with Judge Marsden C. Burch, the husband of J.F. Hamlin's daughter, Belle Hamlin. Burch was a federal attorney who lived in Washington, D.C. while serving as special assistant to the Attorney General of the United States and used his wife's ancestral home as a summer and retirement residence.

This brick variant of the Greek Revival style was built by Albert Terry, a pioneer resident of Avon Township (now Rochester Hills). The foundation is coursed cobblestone at the front, with random granite fieldstone in the rear. The house has a rectangular plan with a one-story rear ell, and features two front gables with a recessed porch between them. The porch has square columns and a bracketed architrave, frieze and cornice. The house is an excellent local example of Greek Revival domestic architecture and has ties to a prominent pioneer farmer and civic leader. The Albert Terry property is a designated historic district in the City of Rochester Hills.

The Lysander Woodward house is a two-story, upright-and-wing Greek Revival frame building that was constructed in the middle of the 19th century. The house stands on its original mortared fieldstone foundation, except for two small one-story porch additions at the rear which stand on brick foundations. There is evidence of a major revision of the building in 1898 which included a raised wing, the addition of a full-length columned porch, and new siding. Its historic use was as a domestic single dwelling. Its current use is as a multiple dwelling. The property is privately owned. It is eligible for the National Register of Historic Places. Main Building Foundation: Stone and brick. Walls: Wood: Weatherboard Roof: Asbestos Period of Significance: 1845-1898 Area of Significance: 1. Architecture 2. Politics/government 3. Agriculture Arch/Builder: Woodward, Lysander Date Built: ca. 1845 Architectural Classification: Mid-19th Century: Greek Revival 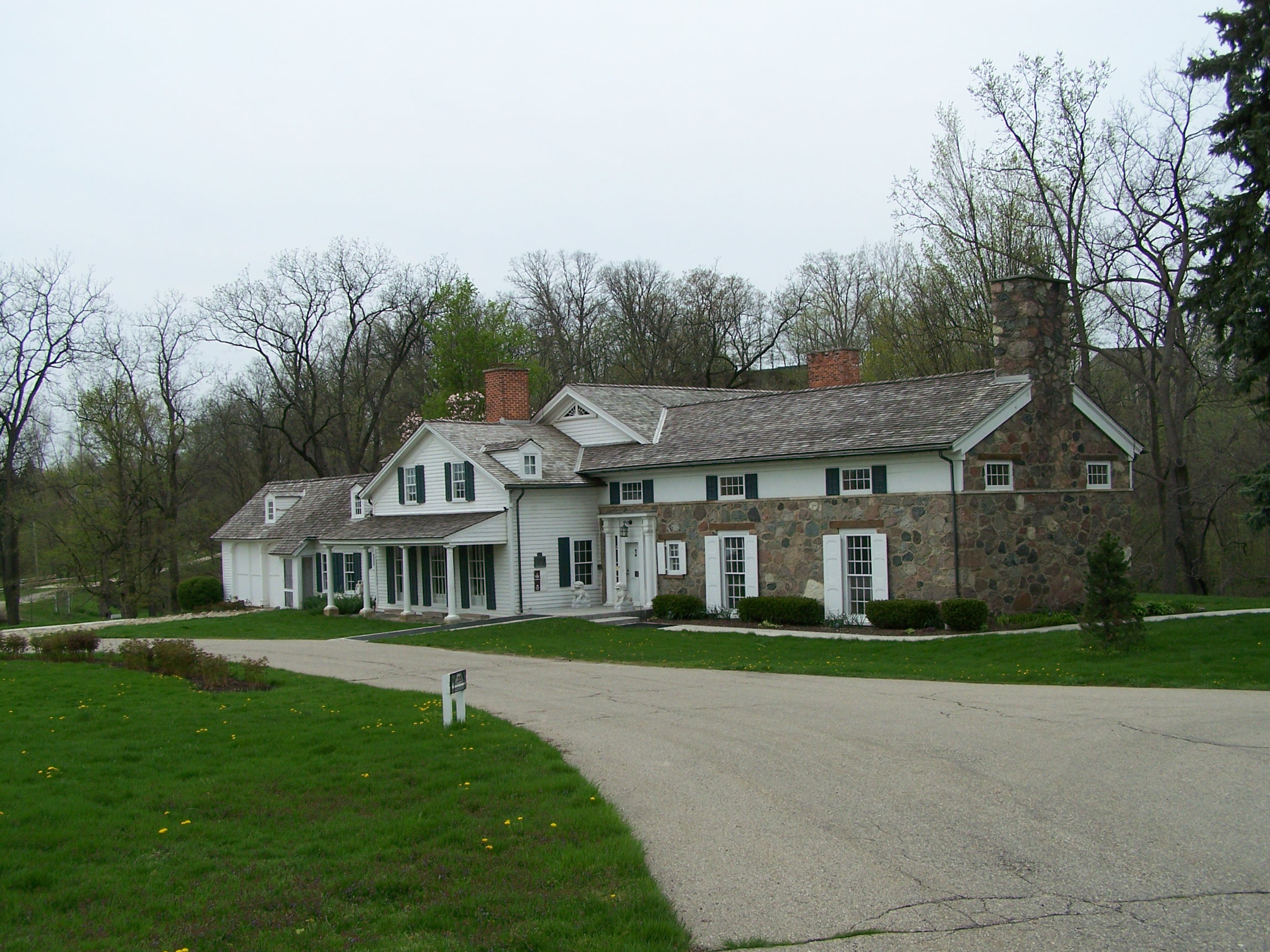 This living history museum complex is anchored by the Van Hoosen Farmhouse which dates back to 1840. The museum includes a small home occupied by tenant farmers from the 1850s, an authentic one-room schoolhouse built in 1848, and a permanent exhibit that tells the history of the Rochester community through the 19th century and beyond. There is even a model train and a miniature replica of downtown Rochester within the complex's Dairy Barn, which was built in 1927. The museum also includes a small research library full of historic photographs and documents related to the history of community leaders, residents, and institutions.

The Milo Prentice Newberry House is a one-and-a-half story, Italianate style dwelling built in 1863. Milo Newberry was a pioneer resident of Avon Township who worked as a cabinetmaker, sawmill operator, and farmer. His house has an unusual Y-plan footprint of his own design and was built with timber harvested from the surrounding land. The house is significant as a unique local example of a mid-19th century farmhouse with Italianate details. It is also the last remaining intact example of a Victorian-era farmhouse in the City of Rochester. The property was listed on the National Register of Historic Places in 2018.