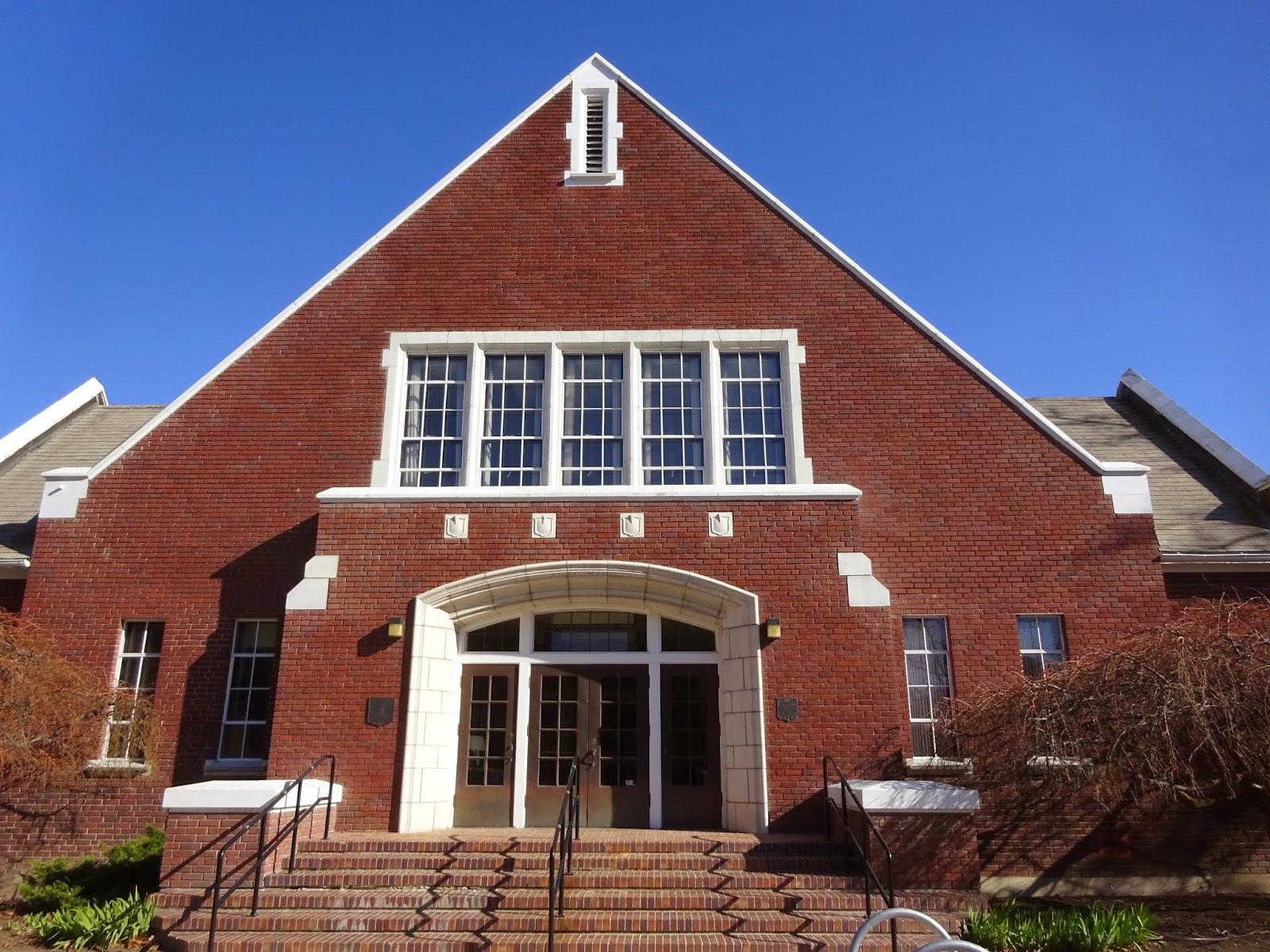 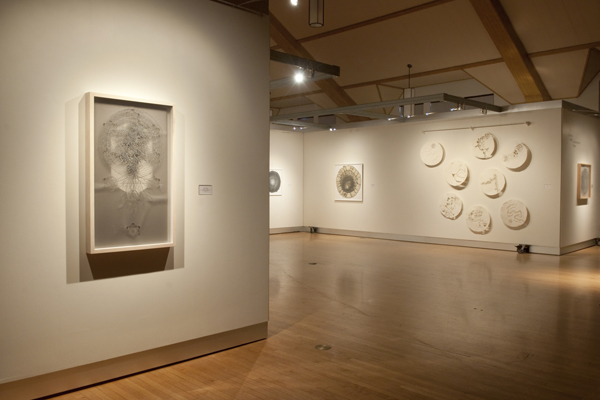 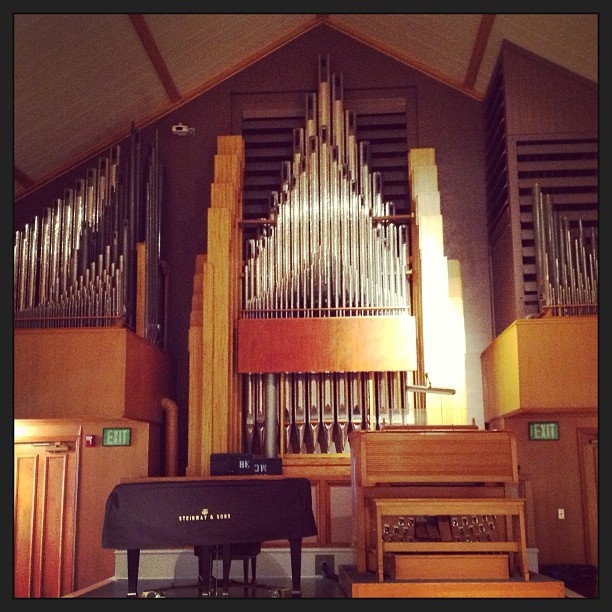 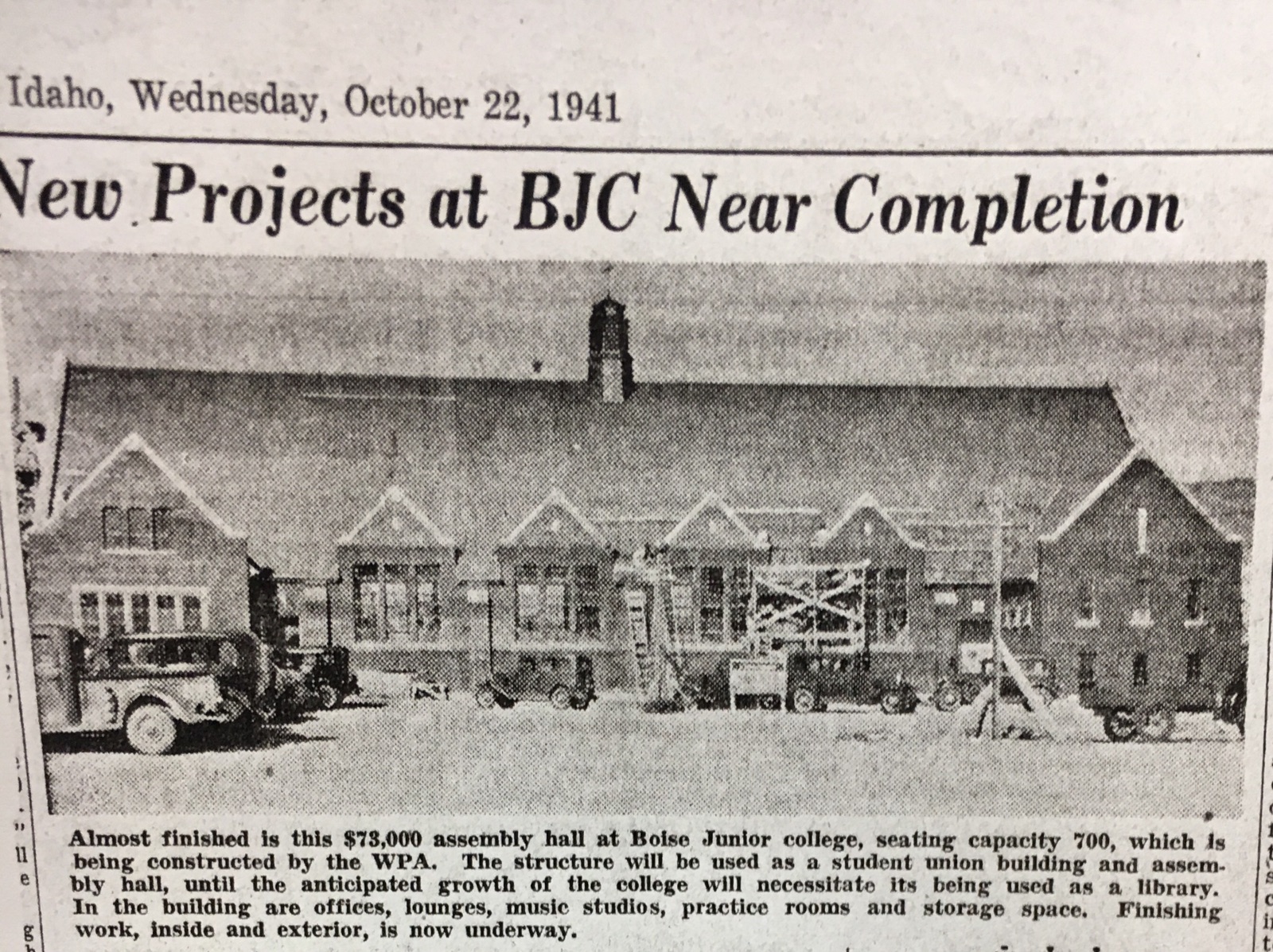 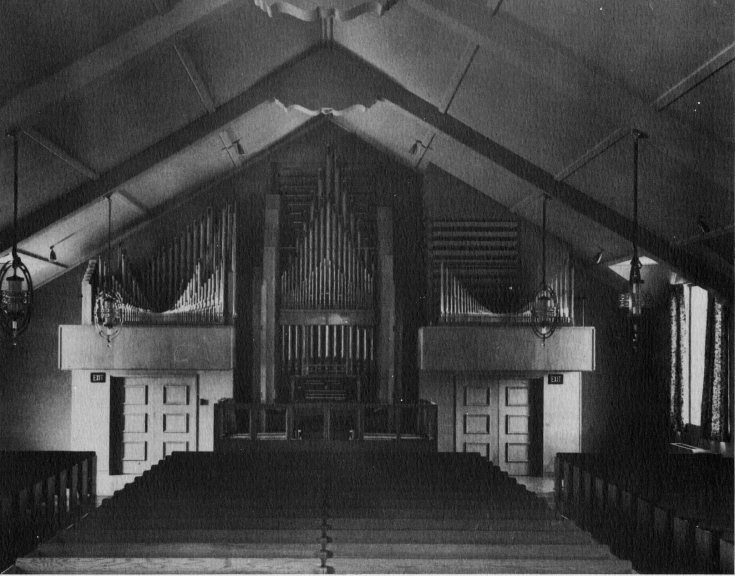 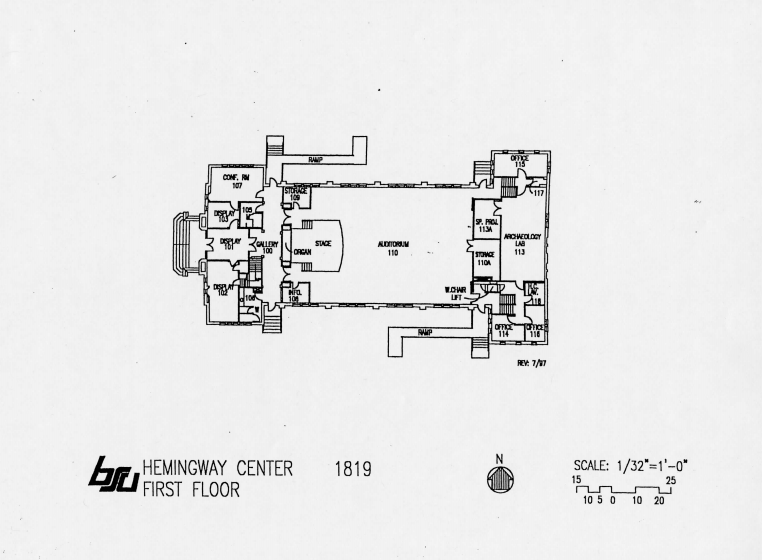 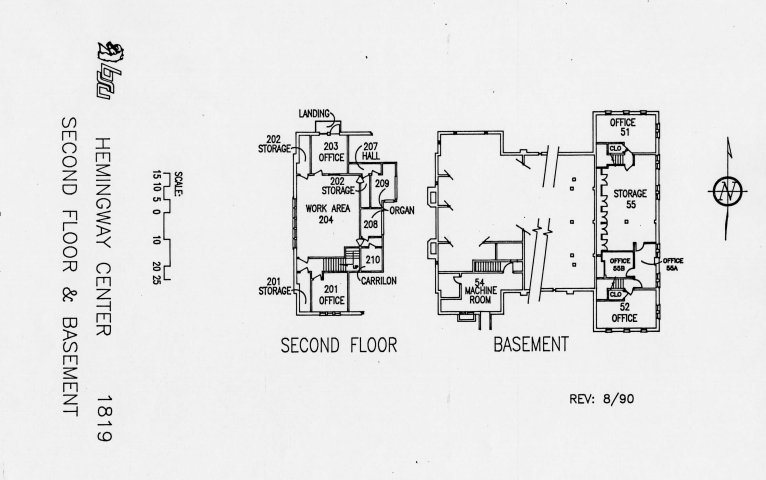 Frank K. Hummel was the architect who designed the Assembly Hall. The building was constructed by the WPA in the neo-Gothic collegiate modern style.1 The original intention for the building was to host assemblies for Boise Junior College students.

The building's ceiling is specially insulated for acoustics. A 1941 newspaper called "Boise Capital News" stated that although the building's purpose is for assemblies and a student union, the growth of the college population demanded that the building be used as a library.2 This usage was dependent on an expansion that ultimately did not happen.

Architecture:
The original floor plan of the Auditorium included a stage in the main hall of the building and practice rooms. Additional rooms on the west end of the building included restrooms and lounges. The cost of the completed building was $88,675. The building was largely constructed of concrete which was reinforced with steel. The ceilings were specially insulated in order to provide better acoustics to the main hall. The exterior was faced with dark red Salt Lake brick. Hummel used the same brick on the administration building.

Historical Use: Assembly Hall
Assemblies were hosted in the Assembly hall. The purpose was general and throughout the years the building has has held any musical performer, dancer, or lecturer that wished to use the building.

Modern Use: Anthropology
The Anthropology department has labs within the Hemingway Center.

Modern Use: Music Department
Musical performances are conducted upon occasion by the Boise State University Music Department. The building's original purpose was intended to cater to wonderful acoustics. Though the organ is not used, a grand piano is instead housed on the stage in the main hall.3