The Velma V. Morrison Center for the Performing Arts is located on the campus of Boise State University. Located right in downtown Boise, the Morrison Center provides a state of the art performing arts venue for not only the university, but the public as well. Built in 1981, and completed in 1984, The Morrison Center brings to Boise a wide variety of upstanding entertainment from all over the country to be enjoyed by all.

View of the Velma V. Morrison Center from above, resembling the shape of the state of Idaho. Photo Courtesy of Boise State University Library, Special Collections and Archives. 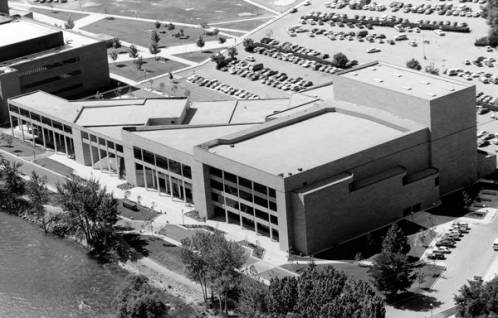 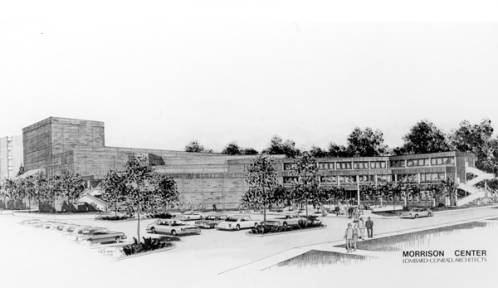 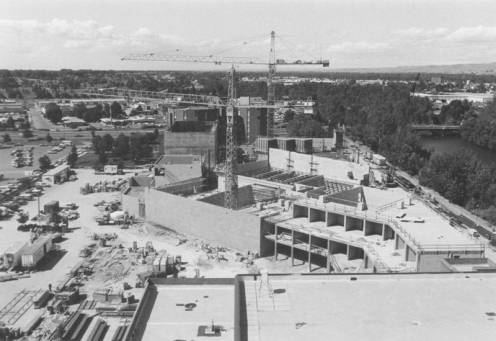 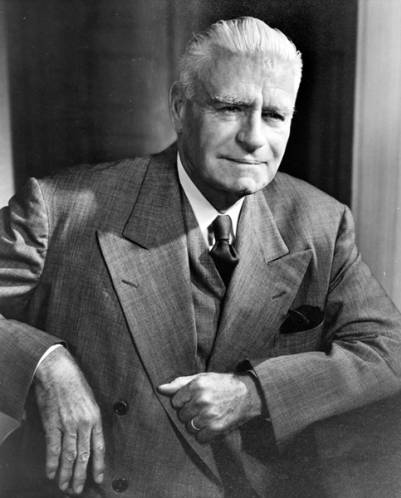 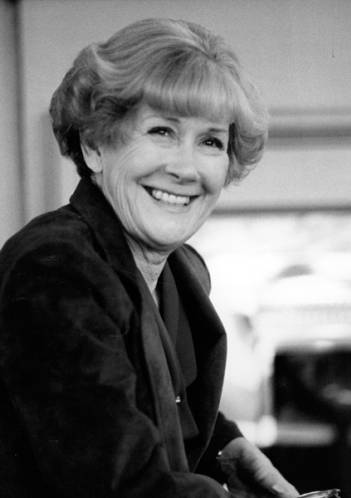 Exterior view of the Morrison Center. Photo Courtesy of morrisoncenter.com

The Velma V. Morrison Center for the Performing Arts was a concept that was a long time coming for Boise. Harry Morrison, cofounder of a local construction company (Morrison/Knudsen Construction Company), dreamt of providing a performing arts center for Boise many years before it was built. In 1957, Harry Morrison opened Ann Morrison park and left land that he hoped would be the future home of a performing arts center. However, this dream was never to be fulfilled in his lifetime, but rather after his death in 1971, with the help of his widowed wife, Velma Morrison.1

When the Boise State University agreed to take part in building the Morrison Center, they worked with all parties involved to create a list of criteria for which the Morrison Center must have. Mainly, they wished for the building to be able to not only benefit the community, but the BSU students as well by housing academic departments for theater, music, and communications. The University also specified that the building would match the style of the surrounding buildings. With this, they wanted the center to be able to seat 2,000 guests in a theater that would also be housed here. One main requirement that was the driving factor for the City of Boise backing the building of the center was that the center be used for public groups, not just the university. Included in the criteria was an estimated price in which all parties involved in the building of the Morrison Center hoped to not go over, $11,000,000. It was stated that these funds would come from a mix of private and state funds. The criteria was given to architecture firms that were being considered for this job. 3

From a list of sixteen potential architects, Lombard Conrad Architects was chosen to complete the building of the Morrison Center. Upon being chosen, Ernest Lombard wrote a letter to Velma Morrison in appreciation for being given the opportunity. As a Boise local for many years, Lombard was very excited to be able to put his mark on such a landmark. He stated to Velma, “This is a very important and special project to me and to the community. The opportunity to be involved in such a project comes along once in a life time.” Chosen to take on the project in late 1979, groundbreaking would not take place until October 12th, 1981, and it would take Lombard Conrad Architects four more years to complete in early 1984. 4

The Morrison Center was built in a modern style, and works with the style of the surrounding buildings mainly in conjunction with the use of brick. However, a lighter brick was chosen as compared to the darker brick the rest of the University buildings used. The brick is laid in a modern design style, with various areas laying the brick in a vertical pattern, rather than a horizontal pattern. Along with brick, exposed concrete can also be seen throughout the building. This building opened up doors for more buildings completed by Lombard-Conrad Architects, including the Wells Fargo Building downtown. Local openings of the building reflect on the modern style of the building, stating that due to budget restraints, the architects were more worried about getting the building done and opened, rather than focus on excessive detail. However, other critics state that the purpose the Morrison Center gives to our community is far more important than how the building looks. As a fun element to the exterior of the building, the Morrison Center from above resembles the shape of the state of Idaho. 5

The Velma V. Morrison Center for the Preforming Arts opened April 7th, 1984 with its first production: My Fair Lady. On the first night, the 2,066 seat theater was sold out, and it would continue to be a packed house for all ten performances. My Fair Lady brought in $171,500 to the endowment fund for the Morrison Center. The Morrison Center complied with the public and the universities hopes for a place in which theater, music, and dance could be enjoyed by all with over 60 performances in its first year. Today, the Velma V. Morrison Center continues to be one of Boise’s premiere performing arts center, hosting not only local productions, but national as well. 6