Christ Chapel was built in 1866 as St. Michael’s Episcopal Church and became the first Protestant church in Idaho, Montana, and Utah. Over time, it was relocated to the North End and then was moved to its current location on Boise State University campus in 1964. In 1973, Christ Chapel was added to the National Register of Historic Places. Today, the church is still owned and operated by the Christ Chapel Historical Society where it is used for nondenominational weddings and ceremonial events. 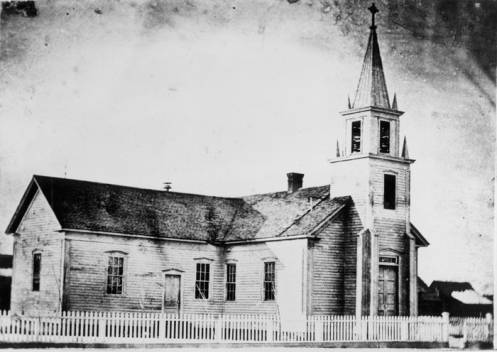 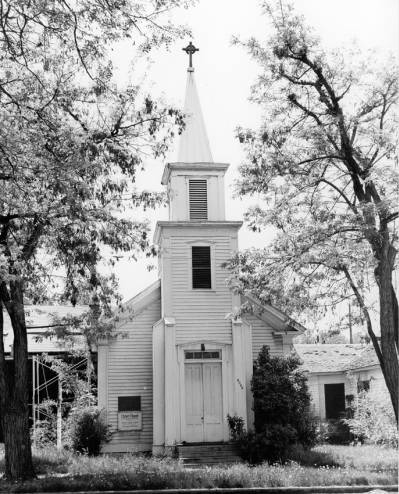 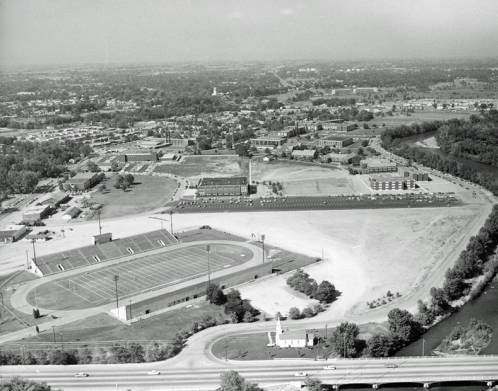 Monument in front of Christ Chapel. Photo provided by the Idaho Architecture Project. 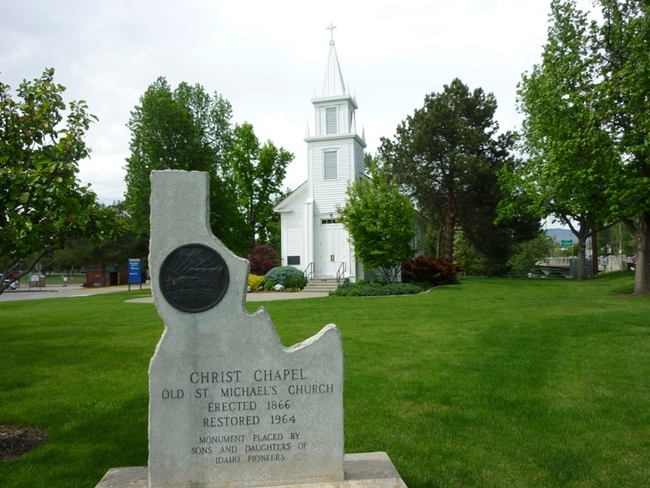 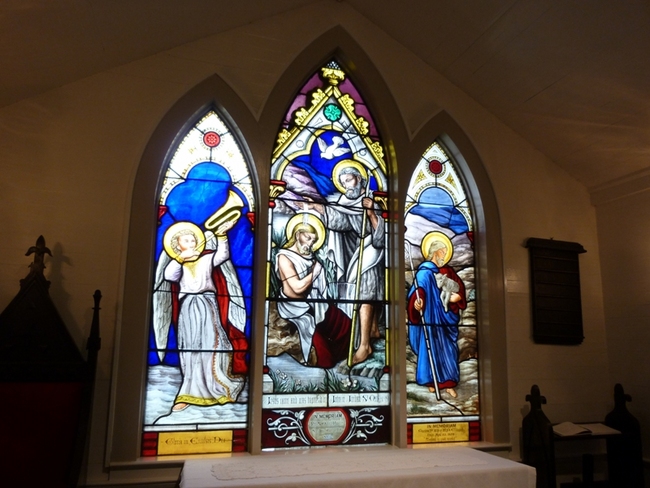 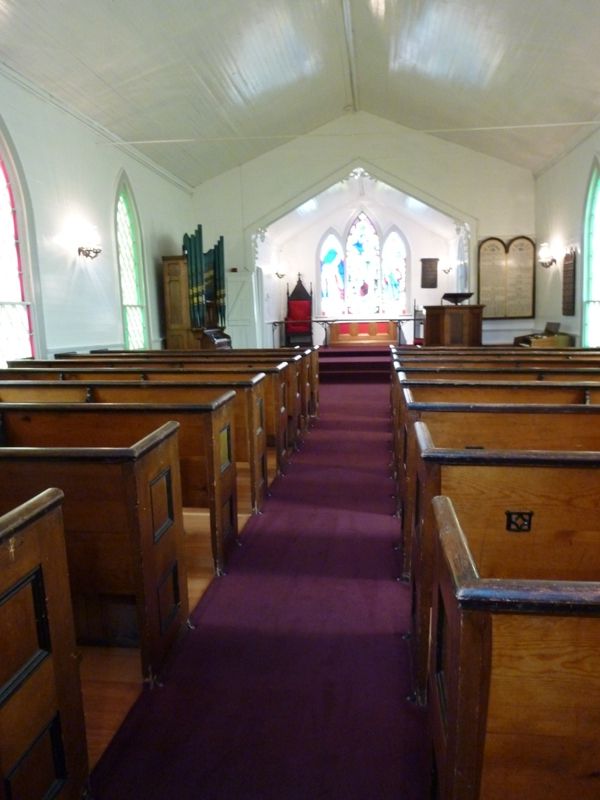 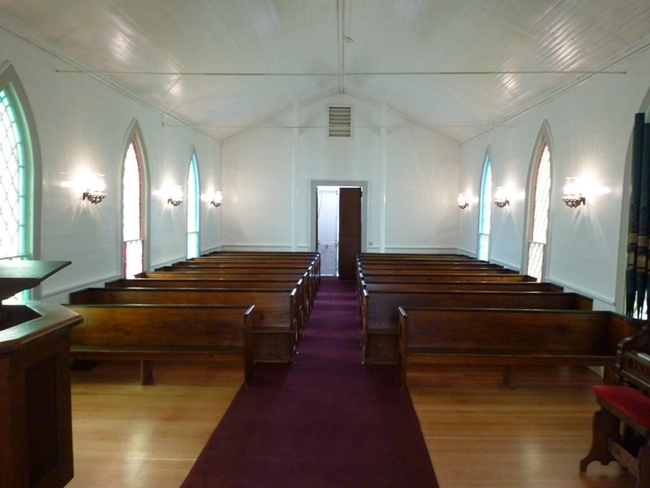 Built in 1866, Christ Chapel first resided on 7th & Bannock and was built in hopes to provide a schoolhouse and church for the growing settlers in the Boise Valley. Reverend Michael Fackler was the first to perform a sermon in the church after it was built with the money raised by the congregation through fundraising events and ice cream socials. Shortly after the 1st sermon in September, 1866, Rev. Michael Fackler passed away a month later and the church was named ‘St. Michael’s Episcopal Church’ in his memory, becoming the first Protestant church in Idaho, Montana, and Utah.

This chapel, in its humble Gothic Revival style, inherited an organ in 1869 as well as an alter and multiple pews made with wood from Cape Horn. The present organ is the Chapel’s 3rd but the alter, pews, and stained glass windows are original. The church’s bell still hangs in the tower and can be heard from miles around.

In the 1900’s, when St. Michael’s Cathedral was built, the church was moved to 15th & Ridenbaugh with an additional wing to the schoolhouse. After some time, church goers moved to the cathedral for their activities instead and the building was almost sold, as it no longer had much use for them. With the collaborative help of St. Michael’s Cathedral, The Sons and Daughters of Idaho Pioneers, and Boise Junior College, the chapel moved onto Boise’s college campus in 1964. With that, the Christ Chapel Inc. (known later as the Christ Chapel Historical Society) which became dedicated to preserving Christ Chapel’s historic structure. Mr. Jim Brown, Idaho Statesman’s Publisher at that time, graciously covered the cost of moving and restoring the Chapel. Since then, this little building has not moved from its home and has been carefully restored in ways that held true to its original style. For example, the turrets at the top of the building were restored by referencing old photos and scuff marks on the back of the pews were kept since they were made by the young and restless worshippers many years ago.

Dr. Eugene Chaffee was known to be fond of the Chapel, often calling it “the grandparent of Boise College” due to its similar ties to St. Margaret’s School. Chaffee was at the helm of Christ Chapel Historical Society as a board member and advocate for historical preservation. Together, him and his wife were the caretakers of Christ Chapel for as long as they were physically able to, opening it up for special events and for visitor tours on Sundays.

In 1973, Christ Chapel was added to the National Register of Historic Places and an Idaho marker was placed in front of the church. During the placement of the marker, Florence Margaret Lovejoy, the daughter and grand-daughter of two of Christ Chapel’s original carpenters, read her poem about Christ Chapel and later wrote short stories and memoirs of her father and grand-father spending time at the Chapel.

Today, Christ Chapel is used for nondenominational weddings and is still owned and operated by the Christ Chapel Historical Society.