The Bronco Gym was constructed in 1955 and open in the beginning of 1956. Constructed by Hummel, Hummel and Jones it was first named Gymnasium during the time Boise State University was Boise Junior College. It was soon renamed Human Performance Center in 1986 and became the Kinesiology Building in 2001. It is also referred to as Bronco Gym. It is located on the Eastern side of campus cornered on Bronco Ln road and the parking lot parallel to the Albertson’s Stadium. It’s exterior includes the traditional red brick walls and white terra cotta. It has served years of sporting events and other events held by the community. 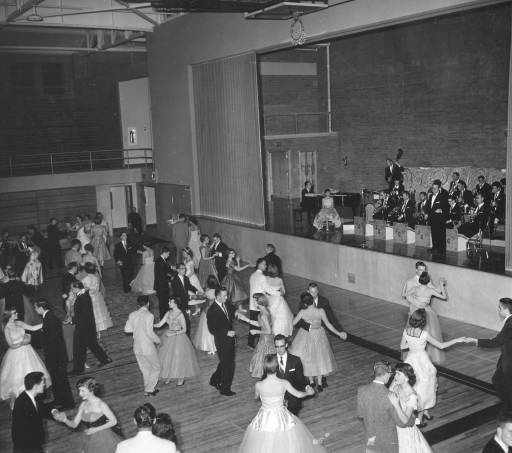 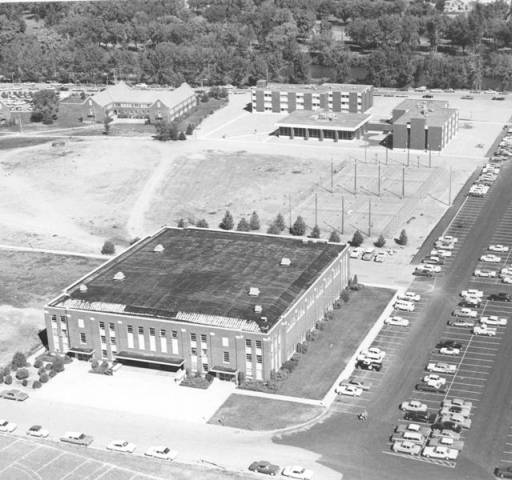 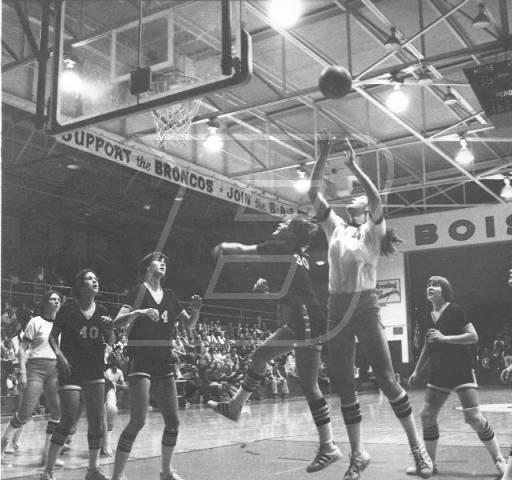 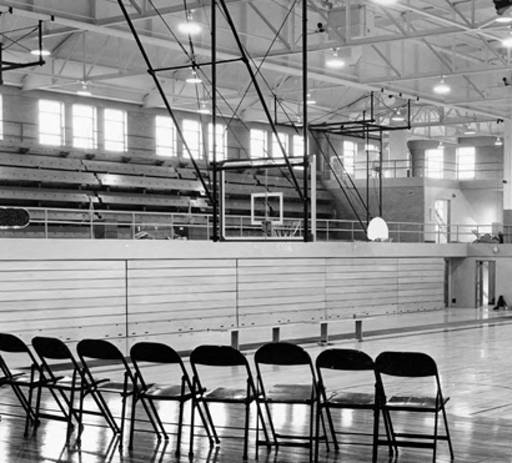 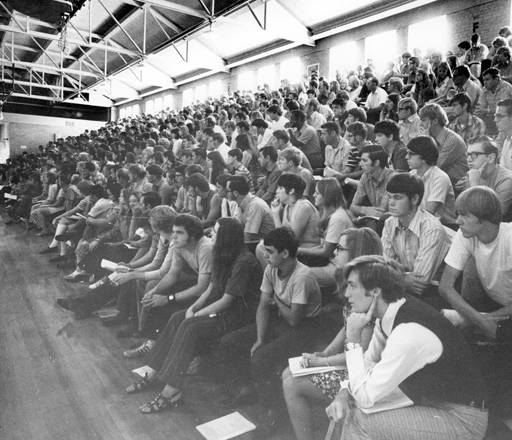 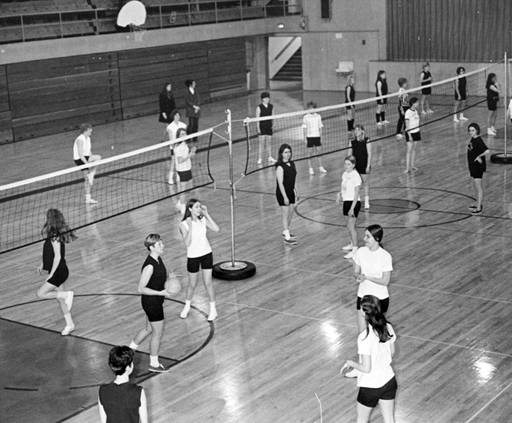 Lets go back to when Boise State University had all started.  Previously an airport for Boise, Idaho, BSU has come a long way in the making. Boise Junior College was founded in 1932 with association with Episcopal Church. In 1934 the connections between Episcopal Church and Boise Junior College had ended and the campus had moves to the south bank of the Boise River in 1940. The school soon became Boise State College after gaining 4-year status in 1965. Then it became a university in 1974 joining two other preexisting universities in Idaho. Believe it or not at one point the total enrollment of BSU was 215 students (1938), but since then the campus population has grown as well as the campus buildings. (Boise State University 2017)

Due to the rapid growth of BSU some amazing architects had constructed some great and noteworthy buildings onto the campus. One of those buildings is the Bronco Gym.  Aesthetically this building relates to many other buildings on campus due to consistency of design by the same/related architects. To gain a little more information about the architects, Hummel, Hummel and Jones (Frederick Hummel, Frank Hummel, and Jedd Jones III) lets explore their vision for the design of buildings located on campus.

Frank Hummel was the main lead in the construction of this campus. During the time of Boise State Junior College emerging, it was in the midst of World War II, and depression was spread as far as the West. During this time in Europe and England, universities had Gothic-styled buildings on campus surrounding a common area, usually of grass. This idea was brought back to America and used for inspiration. Frank Hummel not only used this but the popularity of Art Deco to create a unique Gothic-collegiate style in the first buildings constructed on campus. (Carter 1995) Although the Hummels’ still own an architectural firm to this day, some BSU buildings are still some of their greatest accomplishments.

Many of these buildings, including the first Student Union Building and Administrative Building, were very identifiable for Gothic-Collegiate. These buildings didn’t fully achieve Gothic style due to the expensive quality of Gothic architecture and design. Therefore, Frank Hummel used red brick including white terra cotta, often added lamps and took away the stone tracery. (Charles Hummel 2010) Although as time passed buildings started to lose the Gothic-Collegiate, yet retained the red brick and white trim, style going into the 1950’s. The Bronco Gym was one of those buildings.

The Bronco Gym not only includes the red brick as well as the white terra cotta seen consistently throughout campus. The brickwork of this building is a Flemish bond of sorts having a smaller brick placed consistently in rows throughout the bond. The floor of the base level is vinyl tile (outside of gym) as a resilient flooring and carpet on the upper level. It has awning windows surrounding both levels of the building with white trim on the inside and out, but are locked shut now. The ceiling of the base level is a drop ceiling concealed grid while the upper level includes an exposed grid with acoustical tile. Entering in through the main entrance are two pairs of double active leaf doors. Throughout the rest of the building are single acting doors (mainly on the upper level) and a few double-acting doors leading into the gym.

Although these architects had developed many other buildings on campus they had built this gym that has held much more than student-affiliated memories and athletic events. This building couldn’t have come at better time for the Boise community. It was used for much more than just a gym but many events, such as dances, charity events, auctions and even pageants. What made this variety of events possible was the construction of the interior. Included in the main gym were rollaway, as well as portable, seating, and a higher-level platform with an arch opening. Attributes located outside of the main gym included locker rooms facilitated with showers and dressing rooms, and classrooms located on the upper level. A lot of these aspects of the Bronco Gym are still used today.

Once this gym was open for use, rules had to be set. The student executive board had met to work some kinks out of the student operation of the gym. Specifically, policies for basketball games were set. The student and band section was decided to be located on the lower West side of the gymnasium. When arriving to the games, on-campus living students would enter through the West side while students with vehicles would park in the East lot located between the gym and stadium and enter in through the doors with the help of Pi Sigs. For students to enter the game, they would have to be admitted by showing their student activity tickets, after purchasing them outside the main door (East entrance).  The Bronco Gym was constructed specifically for this routine for admittance into the gym. If a student wanted to take a friend or guest, they could purchase a ticket for 50 cents and the guest could join the student section with full knowledge of the expectations of the student body. Different organizations within the college community contributed to the success to these games either by ushering, running concessions and controlling traffic. Meetings with the Pep team and band took place to work out pep rallies for games. (College 1956)

To this day students and guests enter through the East door and are admitted into the game. The student section still remains in the same location, although often the band is located on the second level of the stands. Also this gym is now used for the athletic Women’s Volleyball program and not basketball, which is now located in Taco Bell Arena. Although this building has had a lot of renovations and updates since it being built, the most recent update to it can be found in with the links.