In 1942 the Student Union Building was in the building now known as the Communication Building. The building that replaced the old one was completed in 1967. The Student Union Building was built in the international style and by the R. W. Luekenga Construction Company. It has had several remodels and expansions done to it, due the increase of students and the need for more space. The first expansion was in 1972, they added on to make the building larger. The most recent remodel was done in 2009. The SUB is open for the public and is a busy building where students and visitors come and go throughout the day.

Front of the SUB. 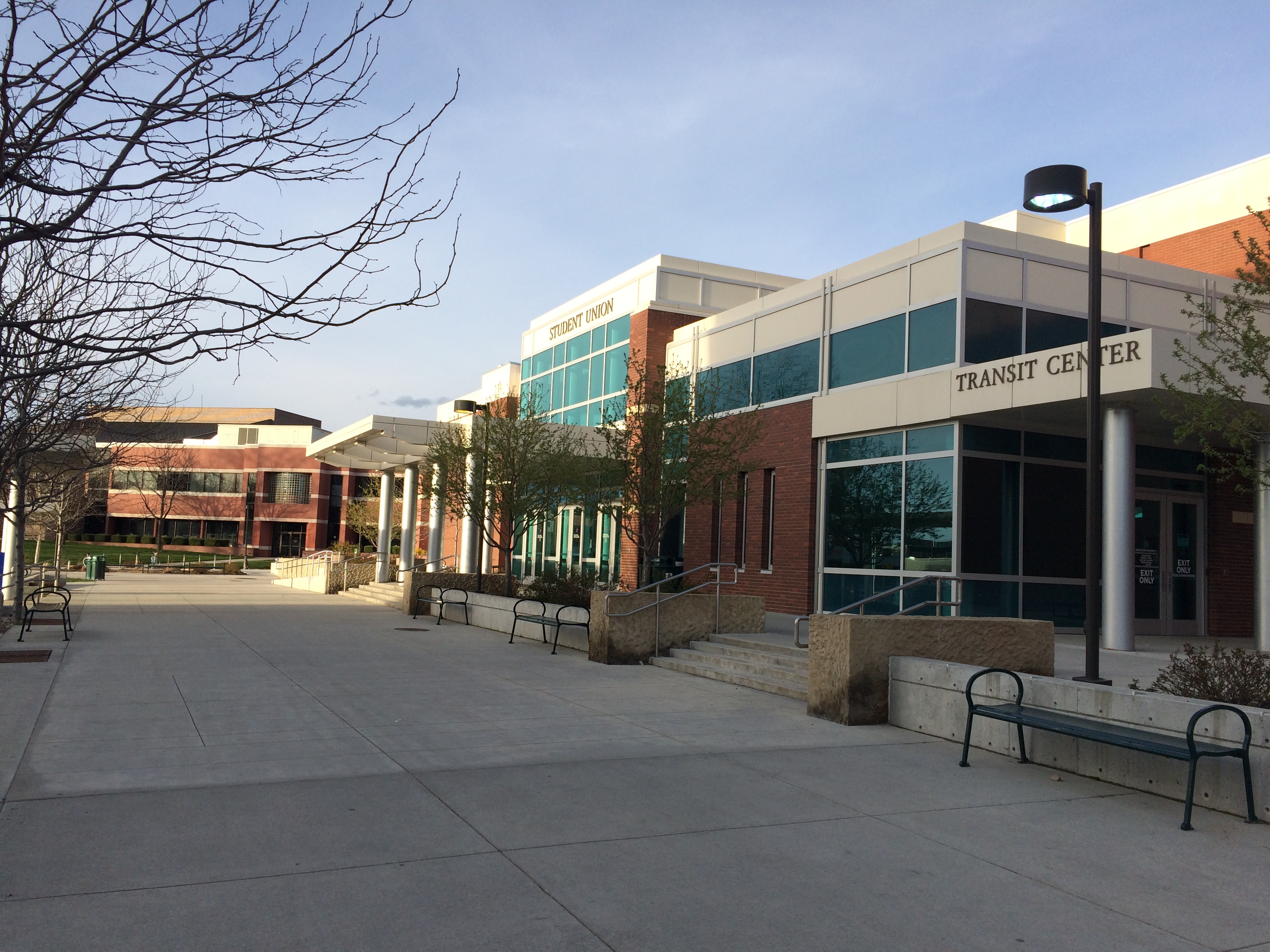 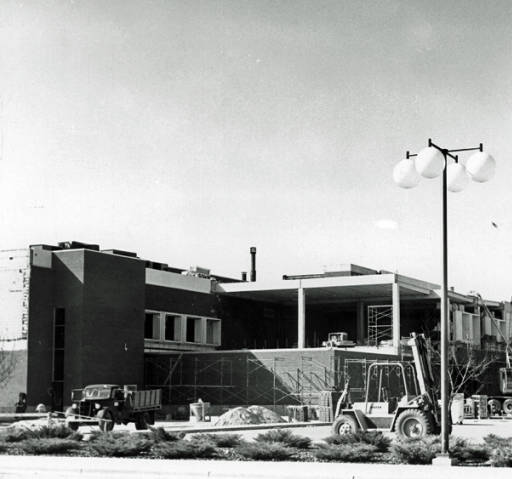 Bookstore in the SUB. 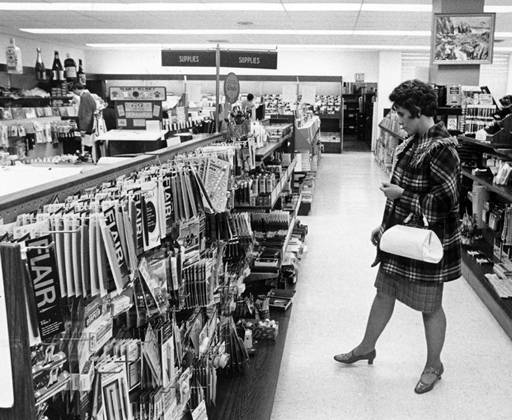 Google image of the bowling alley in the SUB. 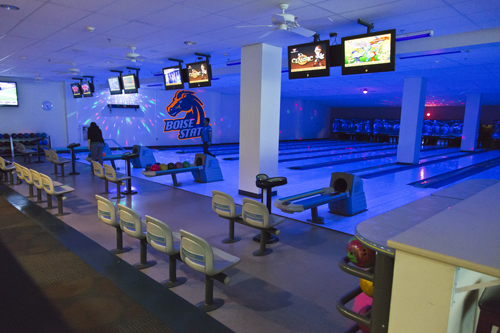 Billiard tables in the game room of the SUB. 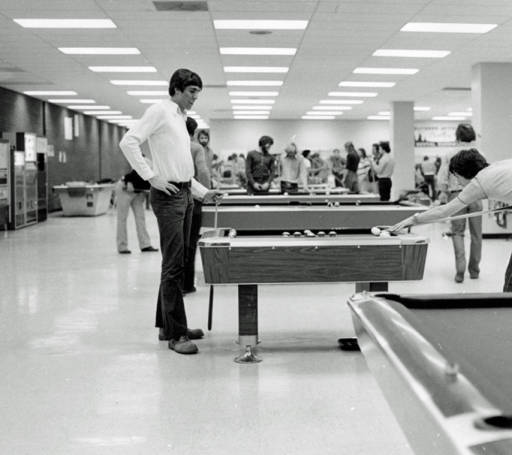 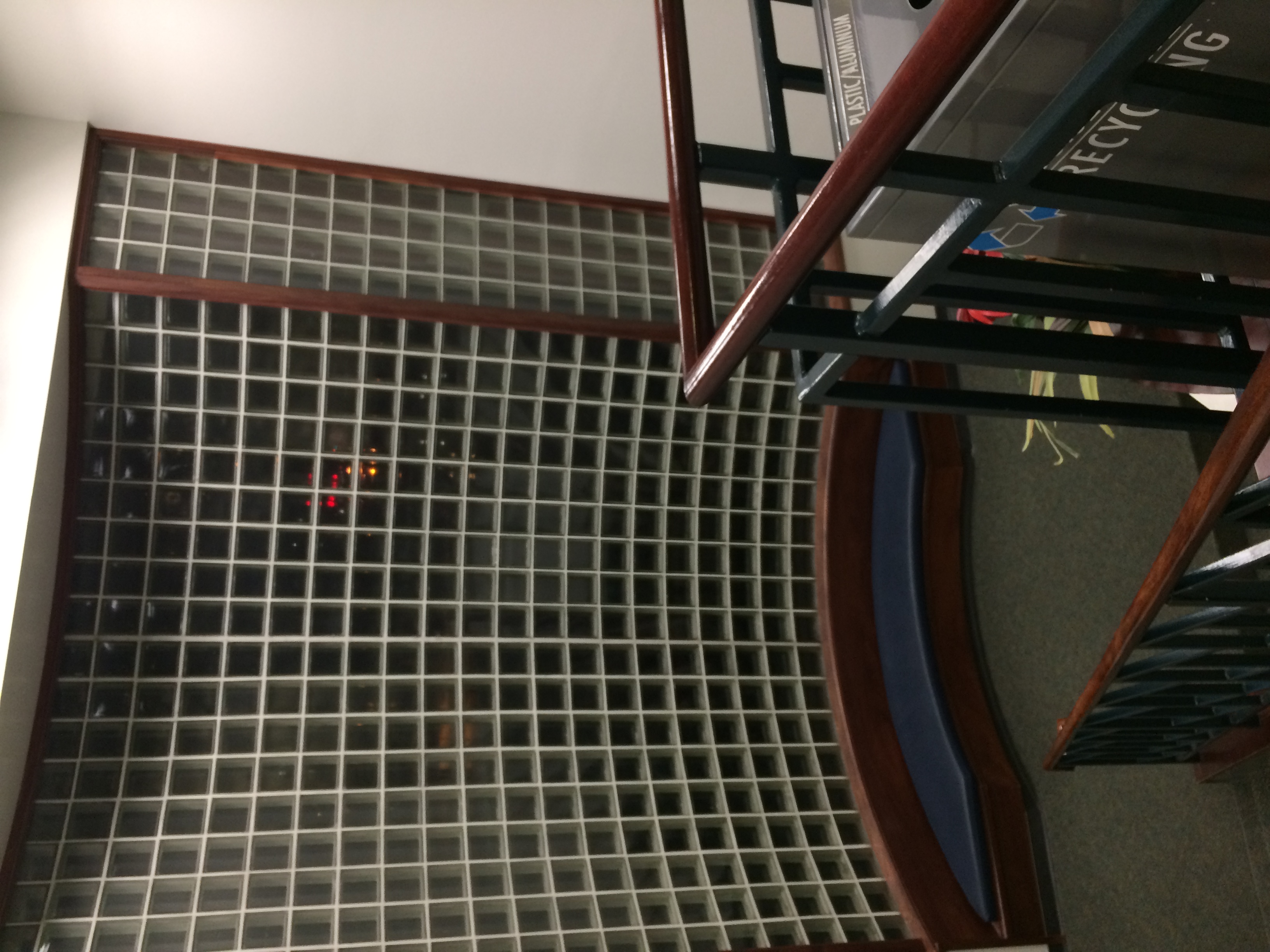 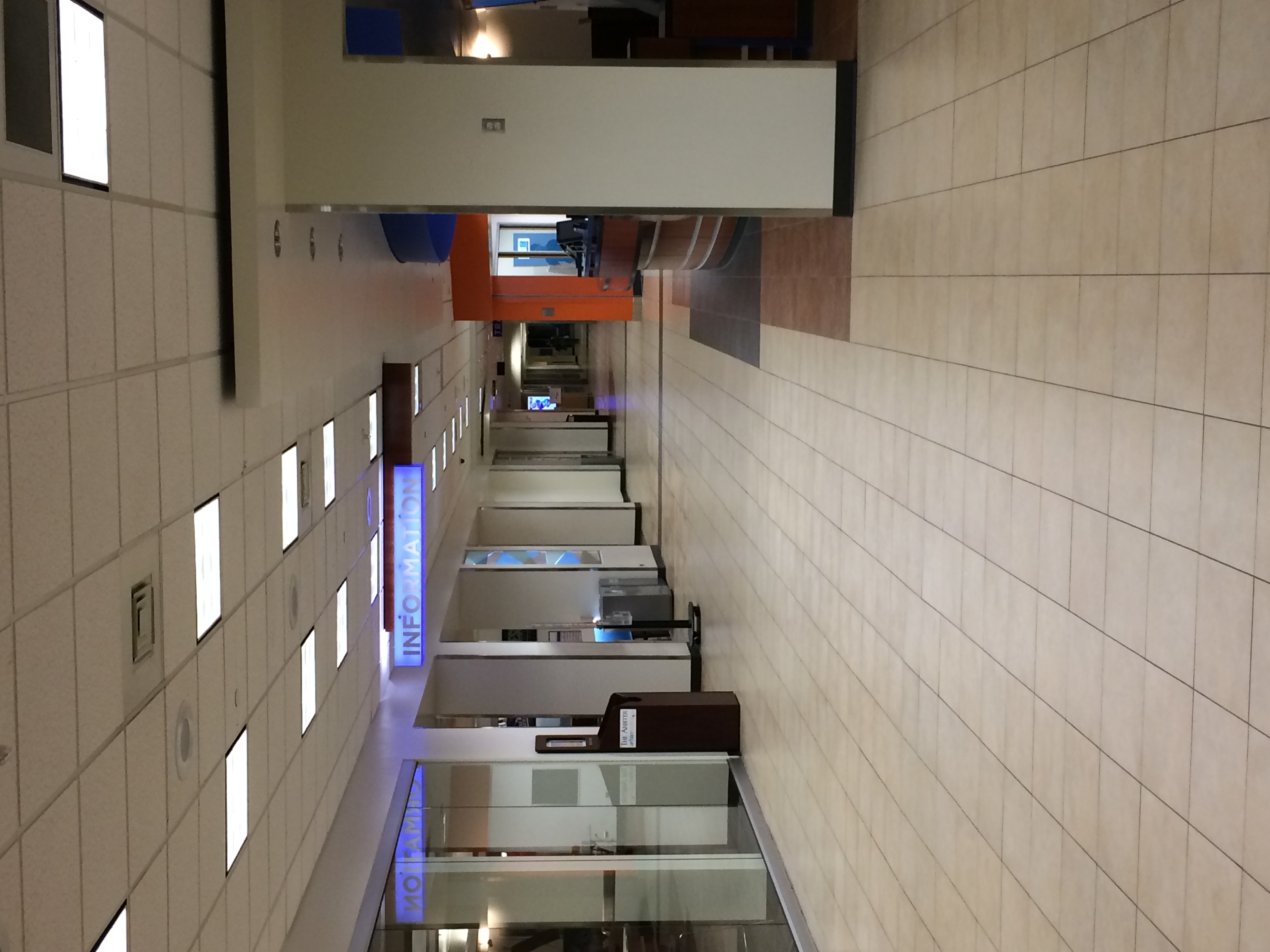 The back of the SUB. 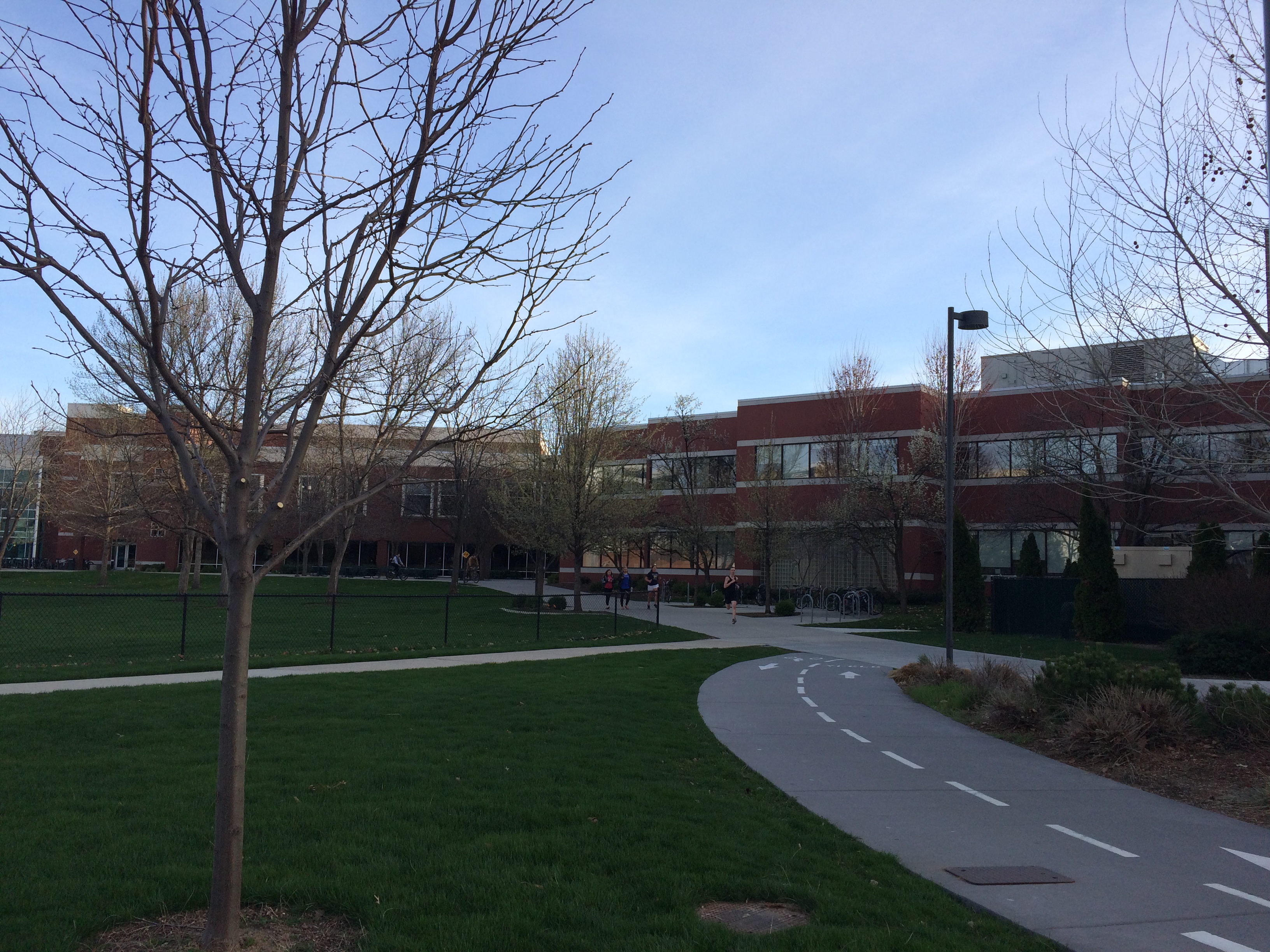 Great use of the old windows that were on the outside of the original SUB. 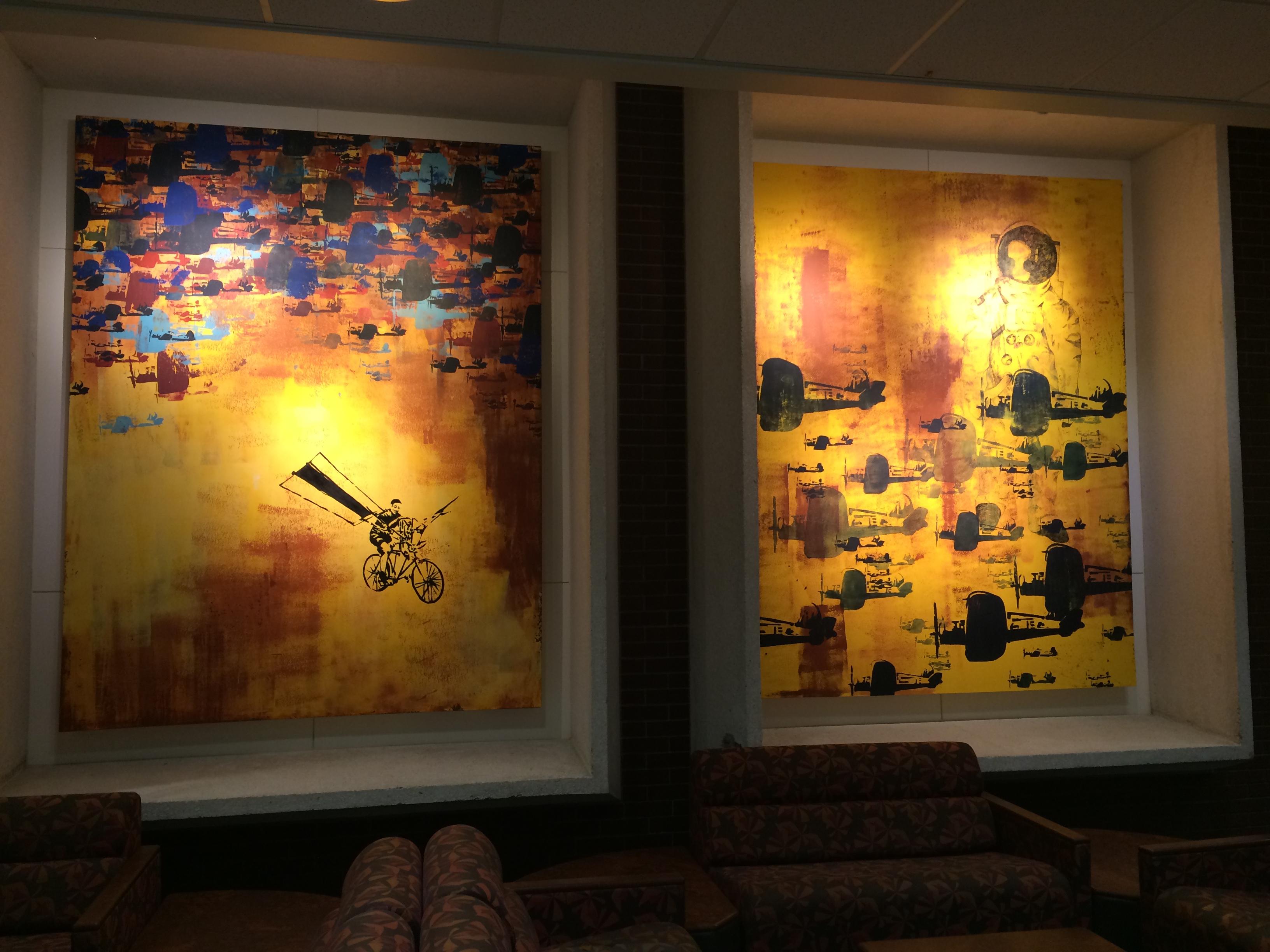 With the increase of students happened the university decided to build a new student union building to accommodate its growing student body. The new SUB cost the university one million dollars to build in 1967. It was designed by Boise architect Charles Hummel in the modern style. The new SUB had air conditioning, a bowling alley, game room, bookstore, and barbershop. The building uses normal brick and concrete on the outside. The inside has acoustic ceiling that has recessed grids to support the roof. During the 1960’s the Student Union Building was known as the College Union Building (CUB). It did not become the Student Union Building until the 1970’s. In 1992 a student sit-in was held by the students because the SUB became a smoke free building. In 1996 the first Student Union website was created and student employment increase to 150. To this day the SUB employs over 260 students and over 6,000 people visit the SUB.

The Student Union Building went through several different remodels and expansions to accommodate the growing university. In 1972 the CUB (SUB) underwent its first expansion, 140,000 square feet was added onto the building. With this expansion, they added on a ballroom, which is known as the Jordan Ballroom that is located upstairs. The expansion also included an outdoor center and a game center. In the 1980’s the SUB underwent a remodel of the University Snack Bar and added two external annex buildings. They need to remodel the snack bar and add two annex building because of the growing student population and club organizations.

In 1991 the SUB expanded again, this expansion cost the university five million dollars. This expansion was done to increase office space and meeting rooms of the Student Union Building. They added an administration wing for Student Activities, conference services, and Student Union business offices. The next remodel was in 1997 and it was to update the Union Food Court to help increase sales. Then in 1999 the Sub went under another remodel, they put in new carpet and painted the exterior of the building. The most recent expansion was in 2009, which cost the university 30 million dollars. This expansion included new lounges, dining halls, student origination space, meeting rooms, the Simplot ballroom, expanding the bookstore, and student government offices. All these remodels have happened because of the increase of student and visitors that come to the university.

The Student Union Building has held many different events throughout the year. In the 1950’s while the SUB was still in the Communication Building the university put together a Union Committee to organize evening events that were held on campus. Then in the 1970’s they added the Special Event Center (SPeC) right next to the SUB to help with the various events that go on. The SUB hold student organized events and public events in the building. The Student Union Building is used by students and by the public to hold various events and fund raisers throughout the year. Some event that are open to the public and students are the movies night that are held in the SPeC and blood drives that held in the upstairs meeting rooms. The SUB also host a public Job Fair at least once a year.

The building also has a gallery on the second floor, which is open to artist to show and sell their artwork. There are also different areas upstairs and downstairs where you can find artwork that the SUB has had donated to them. They have even found ways to keep the outside of the original building windows as a shadow box to hold large pieces of artwork. There are walls upstairs that have become walls of honors or recognition of various people. These walls are dedicated to important people that have help the university. The people on the wall have donated or were alumni that had an impact on the university in some way. One wall upstairs is dedicated to patents that have a significance for the university. There is another wall dedicated to important donors like the Simplot’s that have helped the university.

During the early 1970’s the Student Program Board was (SPB) was formed. The SPB allowed students to be more involved and gave them a voice in the Student Union. This allowed the students to help decide what happens in their SUB. The Sub has many things for students to occupy their time. There are various food stations, convenience store, game rooms, pool tables, and a bowling alley in it.

During the late 1970’s the Student Union Building had ninety student organizations in the building. Today the Sub has over 210 student organizations that use the building to hold gatherings and meetings. There are also areas for the students to relax and study. The bookstore has expanded to accommodate the growing student body, which allows the students to get their school essentials there for a large portion of their classes. The SUB has also made it easier for students by including a transportation office, so that students can find bus schedules, pay for yearly parking, and pay tickets.