This stately building is the historic St. Louis Street Missionary Baptist Church, an African-American church founded in 1853, which makes it the second oldest Missionary Baptist congregation in the state. The building itself was constructed in 1869 and was designed combining the Classical Revival and Renaissance styles. The two-story church features long rectangular windows, pilasters (columns), and a four-tiered domed bell tower with Ionic columns. The church was added to the National Register of Historic Places in 1976 and is a property on the African-American Heritage Trail of Mobile. 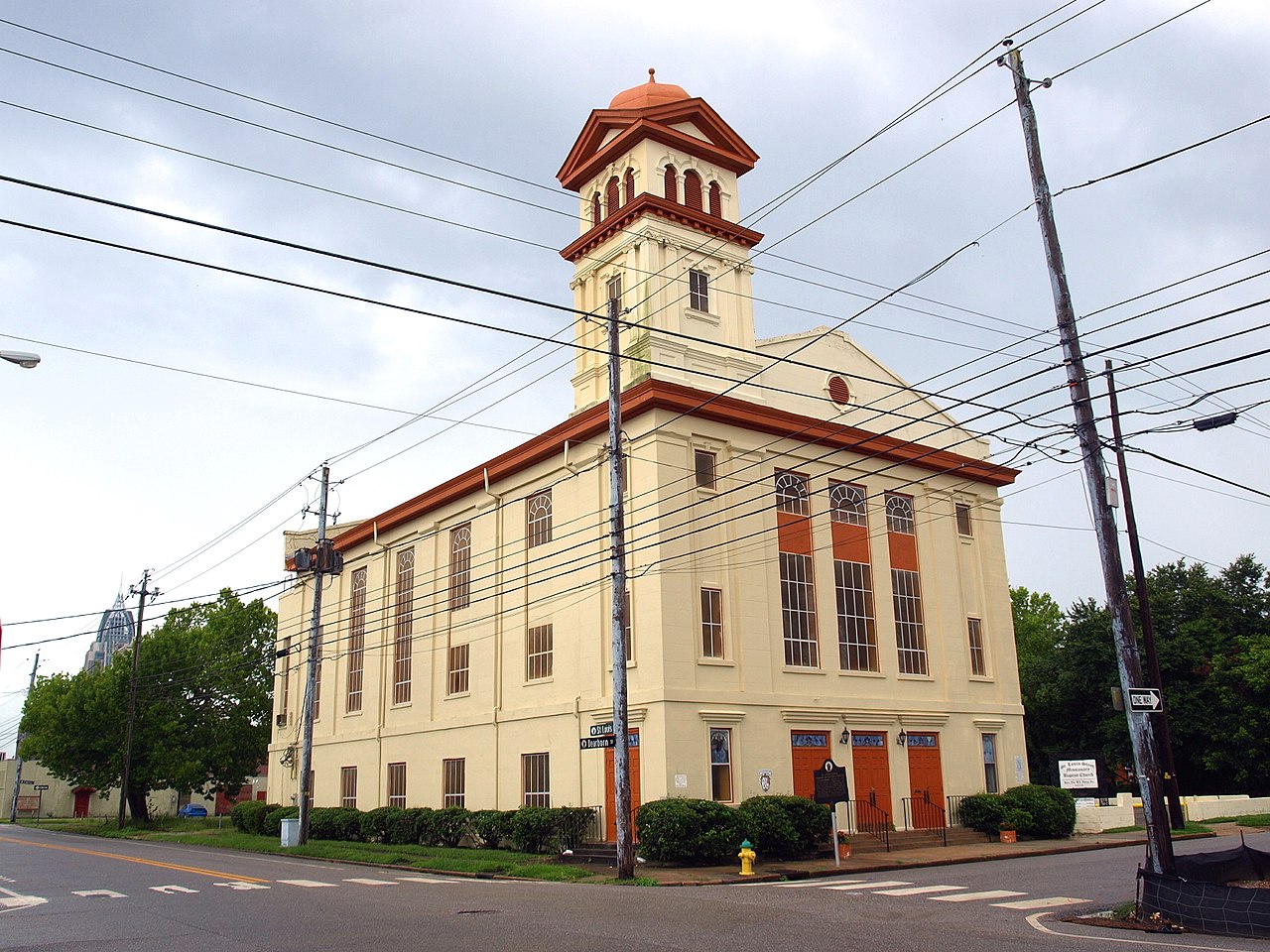 African Americans in Mobile first established their own Baptist congregation, called Stone Street Baptist Church, in 1836. At that time in Mobile, African Americans had more freedom and as a result were able to organize a separate congregation. They erected a church building in 1839. Due to a disagreement (it is not clear what exactly), some members decided to leave the church and establish St. Louis Street Missionary Baptist Church in 1853.

The church did not have its first African-American pastor until 1865 when the Thirteenth Amendment, which abolished slavery, was passed. Where the congregation met during these first years is not clear but it did buy a small church in 1868. The next year, a school for African-American children was established in the church basement. The congregation worshipped there until the present one was constructed in 1869. In 1874, the church hosted the Seventh Session of the Colored Baptist Convention, which voted in favor of establishing a school called the Alabama Baptist Normal and Theological School. It opened in 1878 in Selma and later became Selma University in 1908. St. Louis Street Missionary is also significant in that it participated in missionary activities that established other congregations throughout the state.

The church was closed for for two years after Hurricane Katrina in 2005. During that time, the congregation met at the Sunlight District Auditorium while the church was repaired.