Erected in 1907, Saint Joseph's Roman Catholic Church is home to the third oldest Catholic congregation in Mobile. The church is also a fine example of Gothic Revival architecture, featuring a 120-foot tower with a Tudor doorway arch and crenelated parapets over the entrance and roof, Tudor stained glass windows, and buttresses. The church was added to the National Register of Historic Places in 1991.

Saint Joseph's Roman Catholic Church was built in 1907 and is an excellent example of Gothic Revival architecture. 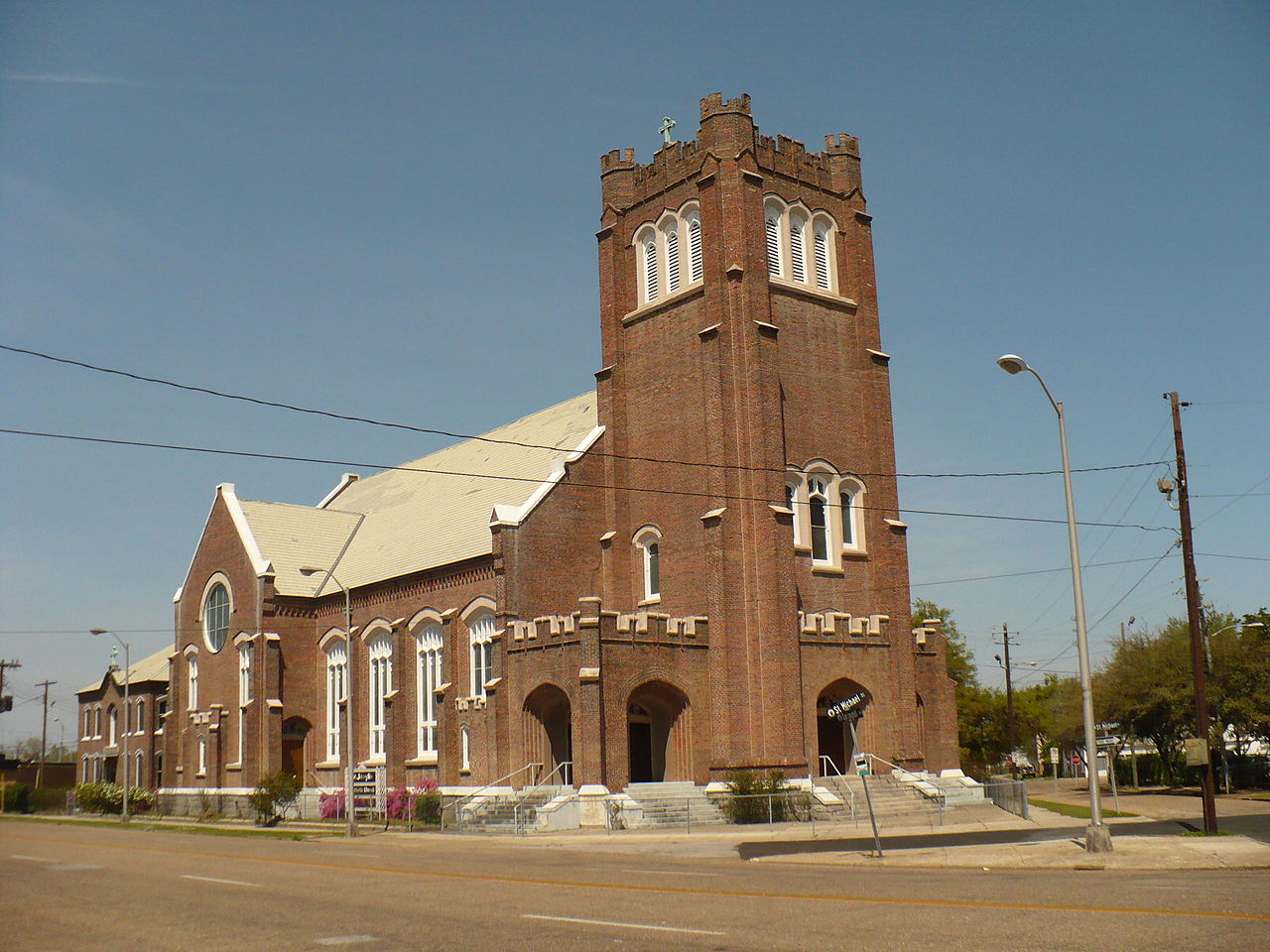 St. Joseph's Parish was established in 1857. The purpose in founding it was provide a place of worship for Catholics who were too far from the Church of St. Vincent de Paul, which is located in the southern part of the city, and the Cathedral-Basilica of the Immaculate Conception, which is located downtown. Priests (Jesuits) from the Society of Jesus were in charge of building the parish's first church in 1858. The first parish members were mostly German immigrants. The parish grew in the coming decades and by the early 1900s it was apparent that a larger churching building was needed. Construction on the present church began in 1907 and was finished the next year. The original church was used as a school and later became part of another building in the 1920s.