Built-in 1921 this Egyptian revival building was previously used as a site for the local freemasons society, specifically the Ancient and Accepted Scottish Rite of Freemasonry. The temple was used for the society until WW2 when the US Army used the building as an aviation interceptor center, after the war the building was returned to the freemasons. In 1996 the Scottish Rite could no longer maintain the temple and it was sold to a private owner for use as an event venue.

Scottish Rite Temple in Mobile AL as it appeared in 2009 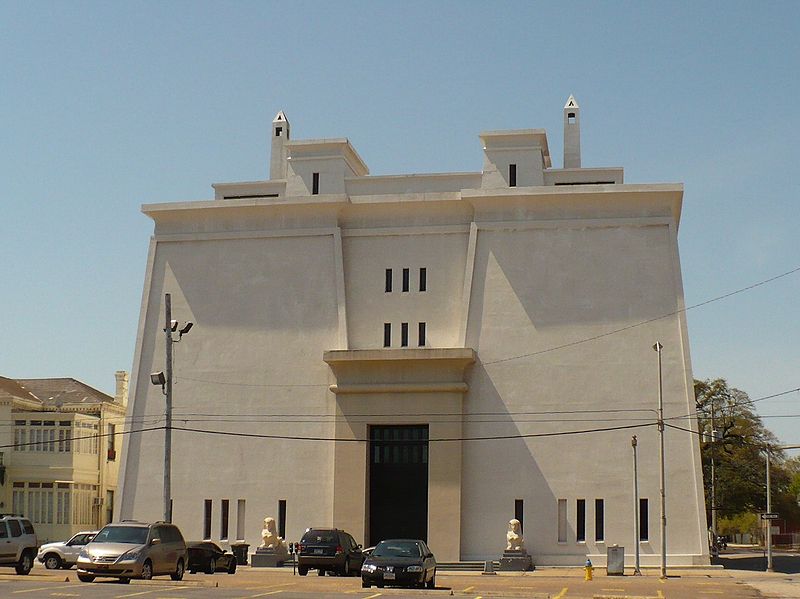 The Scottish Rite Cathedral as it stood in 1982 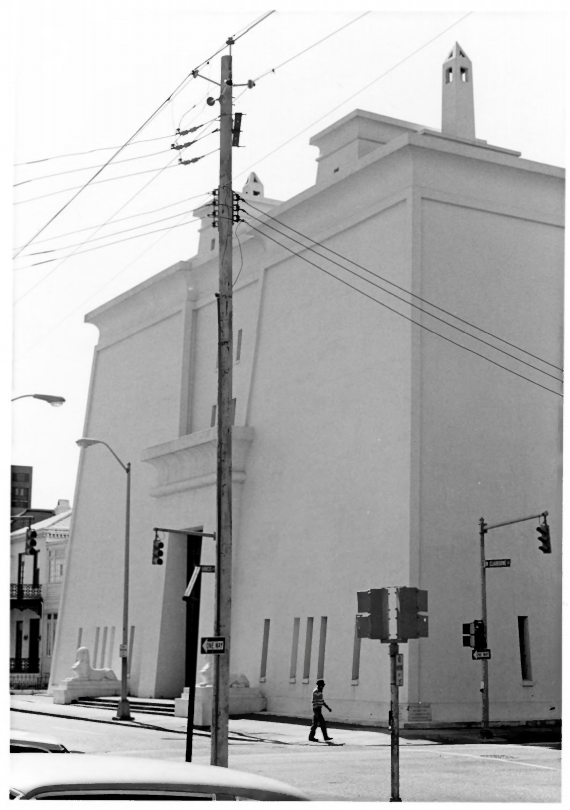 The laying of the cornerstone of the Scottish Rite Temple 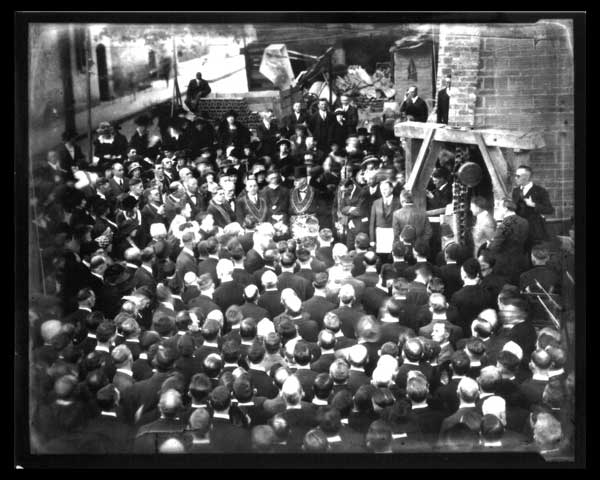 The Ancient and Accepted Scottish Rite of Freemasonry was established in Alabama long before the temple was built, and just before Alabama gained statehood. The society first organized in 1819 but did not finish organizing itself until after the Civil War. Once organized membership was kept secret from 1890 to 1901 until public disclosure of the society’s records forced the society to discontinue. Later that same year the society reorganized.

In 1909 the society purchased the former lot of St. Francis Street Baptist Church. The organization spent around $10,000 to renovate the inside of the church auditorium to serve as a freemason hall.

In 1921 the Scottish Rite decided to create a new external building to serve as their new hall. After deliberation among members, the society decided to pick member George Rogers to construct and design the new building and building facade. George Rogers was a local Mobile AL architect, responsible for the design and construction of several other Mobile buildings including the Mobile Public Library and the Maschmeyer house. On September 1, 1921, the Mobile Commercial Register published that the building cost nearly $150,000.

In 1922 the Mobile Register announced that the auditorium would be available for public use for residents. Suitable for local events, the building was stated that the building had a seating capacity that was three times larger than any other meeting hall in the city.

During World War 2, the temple was occupied by the US Army for use as an aviation interceptor center. Within the occupied temple, the Army stationed tracking maps that were utilized to record all aircraft movements After the war was over the Army returned the temple to its normal configuration.

By the 1990s enrollment and membership within Masonic organizations had lowered dramatically and Mobile’s Scottish Rite could no longer maintain the temple. In 1996 the society sold the temple after which point it was renamed to simply “The Temple” to avoid confusion with another Cathedral nearby. Today the building serves as an event venue for Mobile, hosting parties, weddings, and other events.