Occupying a corner lot at the intersection of Grove and Christopher Streets and Waverly Place, the Northern Dispensary was built in 1831. The building's deed stipulated that it be used only to house and aid the area's indigent and it originally housed the Greenwich Village Free Medical Clinic. By the mid-1800s, the clinic was treating enough patients that a third floor was added. The Northern Dispensary continued operating until the late twentieth century. The clinic closed in the 1980s after a lawsuit stemming from the clinic's refusal to treat a man who suffered from AIDS. The building has sat vacant for roughly two decades. 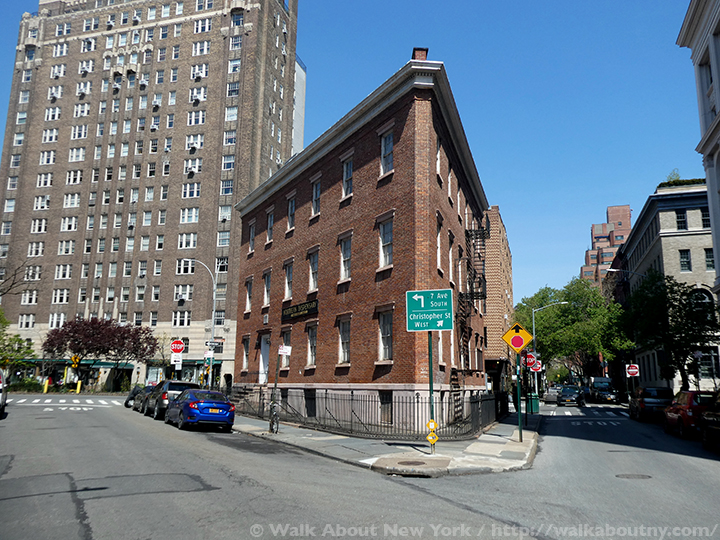 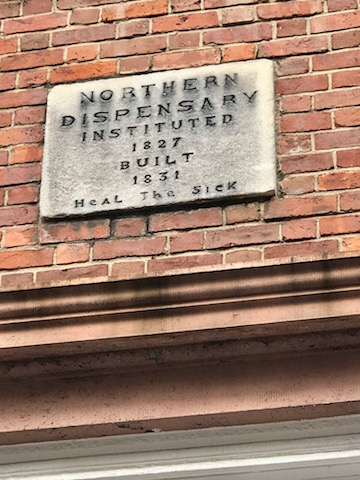 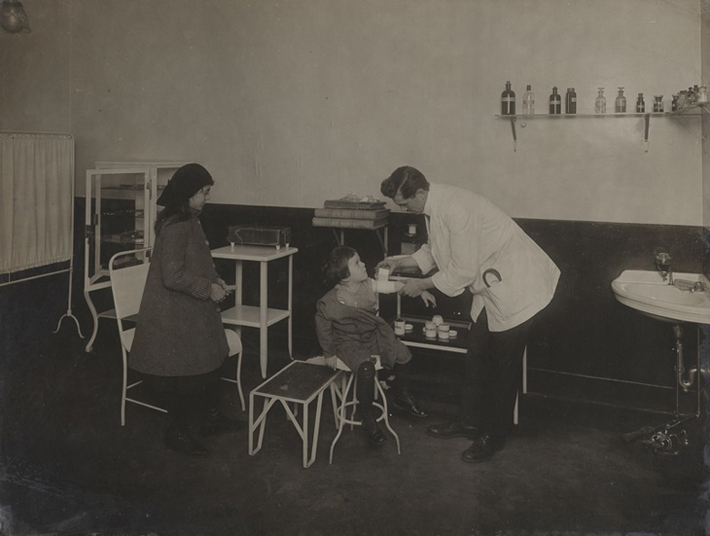 In the early 1800s, the population of Greenwich Village was increasing, and most of the area's residents were the working poor. The crowded neighborhoods and unsanitary conditions led to the spread of diseases, and in 1827, residents and local doctors founded a free medical clinic. It initially operated out of temporary facilities, but in 1831, a permanent location--the building that still occupies the intersection of Grove, Christopher, and Waverly Place--was built. The building was called the Northern Dispensary because it occupied what was then the northernmost reach of the city.

As the number of residents in Greenwich Village increased, so did the number of patients who were treated at the clinic. (One of them, reportedly, was Edgar Allan Poe, who was treated for a cold.) By the mid-1800s, the clinic was treated enough patients each year that a third floor was added to the original two-story structure. A subtle change in the color of the bricks between the second and third floors can still be seen on the building's facade.

By the 1960s, the clinic was being used primarily for dental care. But in 1986, the clinic refused dental care to writer George Whitmore, who had AIDS. At the time, New York City could have arguably been described as the country's epicenter of the AIDS epidemic, and many of the city's cases were centered in Greenwich Village. Whitmore sued the clinic, which was ultimately fined by the city's Human Rights Commission. In 1989, the clinic announced that it was closing because of financial pressures.

The following year, the Roman Catholic Archdiocese of New York purchased the building with plans to convert it into a 15-person nursing home for homeless AIDS patients. Suprisingly, given the high rates of infection in the Village, a number of residents banded together to oppose the move. The plan was eventually abandoned and the Archdiocese sold the property to William Gottleib, a reclusive Manhattan investor notorious for buying properties and doing nothing with them. Gottleib died a year after buying the building, which has sat vacant since 1998. As recently as 2017, the property is still owned by the Gottleib estate, and it is unclear what will become of the building. The restrictive deed, which requires that it only be used to aid the poor, limits the possibilities for the historic property.