Folk singer Woody Guthrie lived in various places in New York City, most notably the house on West 10th Street, known as the Almanac House. The name comes from the fact that Guthrie lived in the home with the Almanac Singers, a loose musical collective of which he was a part. Other members of the collective lived in the home at different points and for varied lengths of time. Among those who lived in the building were Pete Seeger, Lee Hays, Butch Hawes, and Bess Lomax. The group often gave weekend concerts, which they called hootenannies, in the basement of the building. 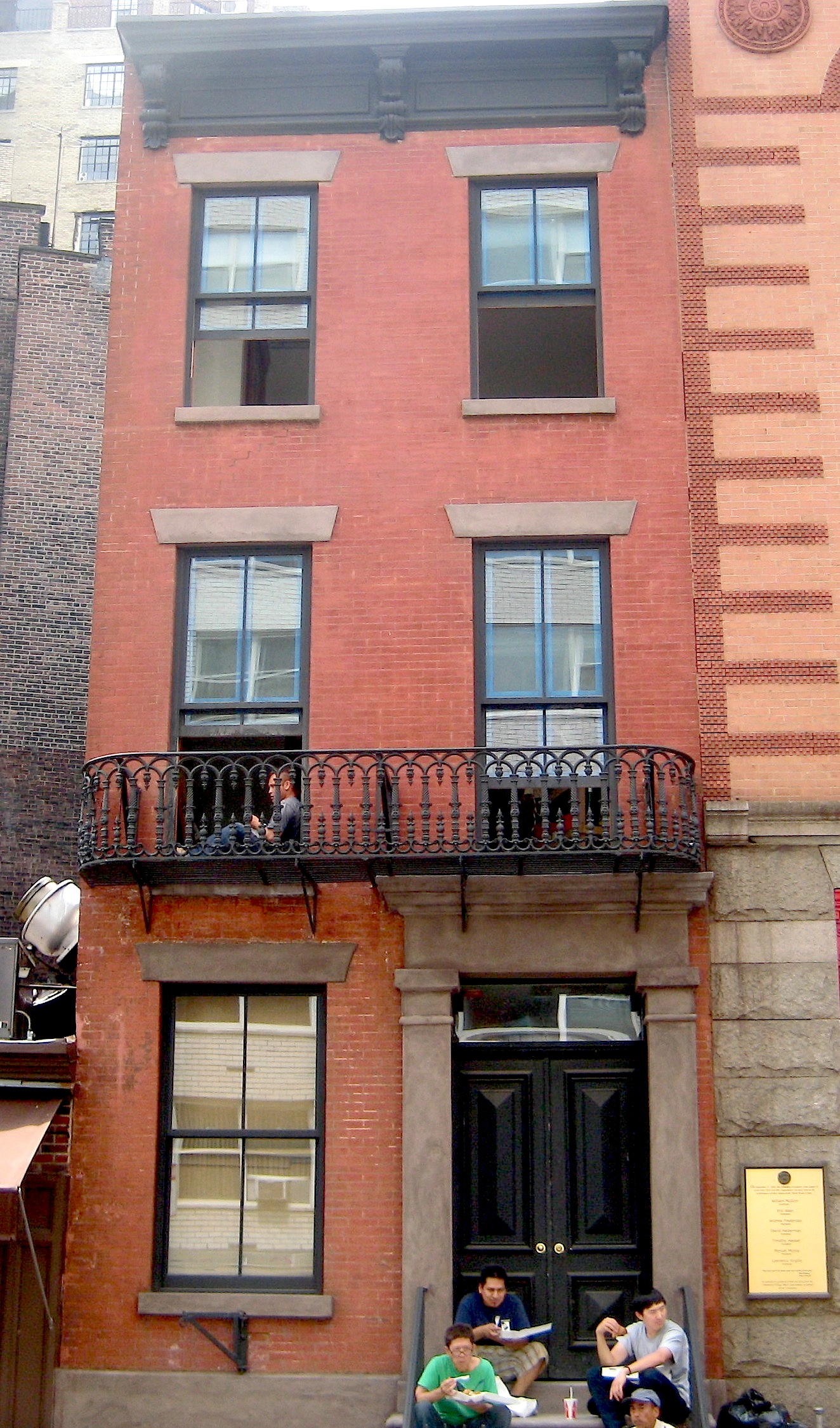 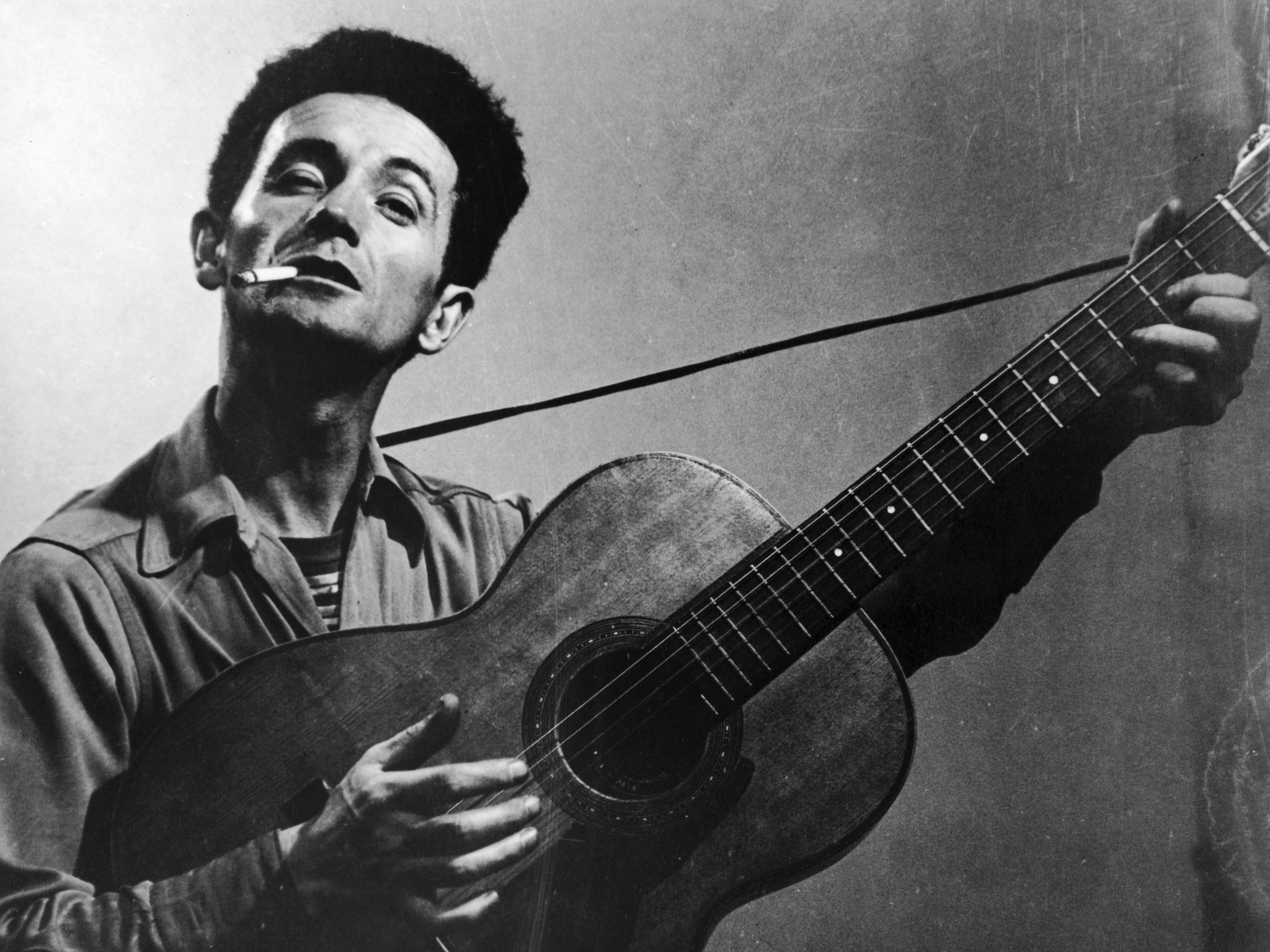 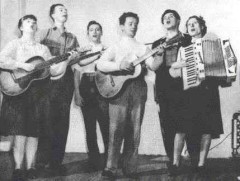 For a time in the early 1940s, the home at 130 West 10th Street was one of the most important places in the emerging folk music scene. The home was known as the Almanac House, so named because various members of the Almanac Singers lived in or passed through the house. The Almanac Singers consisted of Woody Guthrie, Millard Lampell, Pete Seeger, Bess Lomax, Lee Hays, Gordon Friesen, Agnes Cunningham, as well as others. Guthrie, Seeger, and Lampell lived in the home, while other members of the collective spent varying degrees of time there.

There were several Almanac Houses, as the group moved somewhat regularly. All the homes were in the Village, but the one on West 10th Street appears to have been the singers’ home for the longest period of time, with the Almanacs living there for most of 1941. Seeger and Millard lived on the third floor, Guthrie on the second, and the first floor was used as communal space.

Because the Almanacs were virtually always behind on rent, they put on concerts, called hootenannies, in the building’s basement. They charged .35 cents a person, and the basement was often completely filled with fans of the Almanacs as well as other performers. The Village, at that time, was home to a number of folk singers and musicians and would play a significant part in the early revival of folk music. Given the left-leaning politics of the Almanacs, many of their guests and many of the attendees of the hootenannies were similarly political, including some who were openly members of the Communist party. The singers often performed for labor unions or left-wing organizations, and some of their songs were strongly critical of America’s becoming involved in World War II, although their stance on the war changed after Hitler's invasion of the Soviet Union in 1941.

It was during his time at the Almanac House that Guthrie wrote his autobiographical novel Bound for Glory. His former housemates recalled that Guthrie’s time at the house was extremely prolific, with the singer spending hours in front of a typewriter, often with a stack of typewritten pages on the floor at the end of each day.

In recent years, the former home of Guthrie and his fellow Almanac Singers has been converted into modern rental units.