Built in 1907, the former Post Office building remains a striking landmark in Palestine. 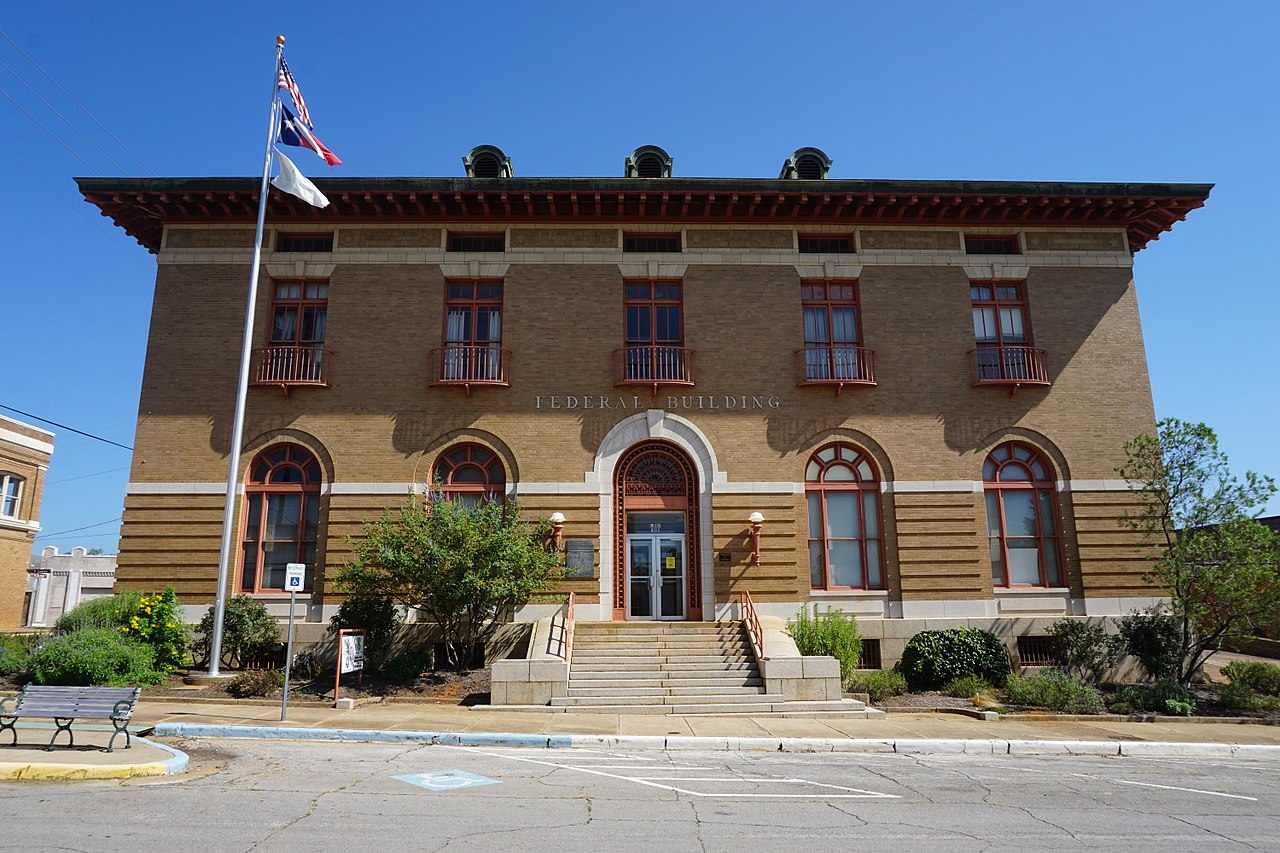 In 1907, the federal government bought the property on which the old post office now stands from St. Phillip's Episcopal Church. The building was designed by the U.S. Treasury Department's Office of Supervising Architect, which was led by noted architect James Knox Taylor at the time. By the time it was built in 1907, the city had established itself as a stable and thriving community, which justified the building's construction. The post office had been housed in several other buildings before moving into this permanent location. The building's Beau-Arts architecture made it stand out from the rest of the downtown buildings, most of which had been designed in the Italianate, Romanesque Revival, and Queen Anne styles. The new post office also represented the federal government's presence in the city.

A new, modern building was erected in 1964 and post office operations relocated there. As stated above, the post office was then converted into an office building. Federal agencies occupied it until 1987 when the General Services Administration designated it as surplus property. The county bought it to provide more county office space. The building is now home to the Anderson County Historical Commission and three other organizations including the Texas A&M AgriLife Extension Service.