Oakwood Cemetery was founded in 1869 and is owned and maintained by the city of Baldwin City. Several notable local people have been buried here. They include Baker University's first president, Werter Renick Davis, and Reverend William Runyan, author of the hymn "Great is Thy Faithfulness." Lucy Sullivan and her husband John M. Sullivan are buried here, alongside other members of their family. 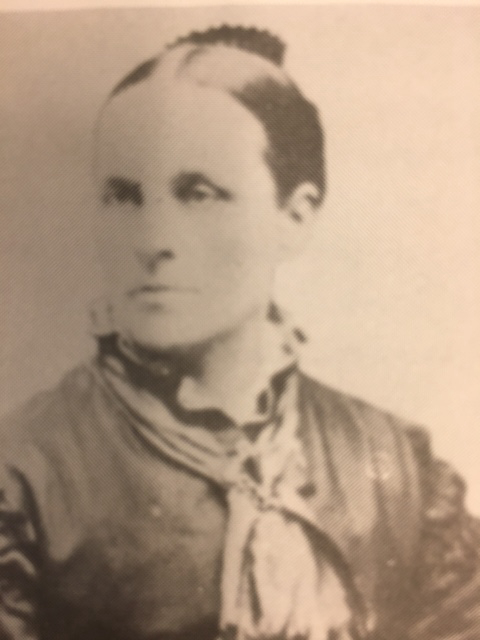 Lucy Sullivan became a widow when her husband John passed away in 1901. They had been married for nearly fifty years and had survived the Civil War, a move from Ohio to Kansas, numerous transfers to ministerial appointments, and the deaths of four children. In 1904, after transferring ownership of their house on High Street to Baker University, Lucy moved in with one of her children. She would have been 73 years old at that time. Three years later, in 1907, Lucy died and was buried here.

L.H. Murlin, president of Baker University in 1907, wrote about Lucy’s determination and spirit in her obituary. He said that “the beginning of a new and better day in civic improvements,” was led by Lucy’s involvement in public life. Murlin also highlighted Lucy’s kindness and concern for local young people, explaining that the nicknames of “Ma Sullivan” and “Aunt Lucy” given to her by students were “terms of endearment” more than “terms of familiarity.” Lucy’s willingness to open her home and provide a sympathetic ear to Baker students was remembered by them, President Murlin, and many others connected to Baker through the years. Clearly, Lucy was well-regarded in Baldwin City, and her passing was deeply felt.