Built in 1908 for the surveyor and civil engineer Asa Milton French, the Galvan House was moved from its original location on the corner of Waco and Comanche Streets to its current location in Heritage Park in 1983. It is an example of Colonial Revival architecture and was designated as a Texas Historic Landmark in 1986.

Front view of the Galvan House 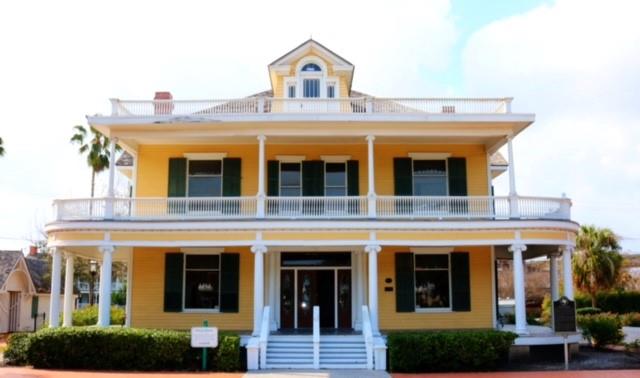 Asa Milton French, originally of New Hampshire, came to Corpus Christi in 1882, having previously worked as a civil engineer on the Texas-Mexico Railroad. He became a prominent civil leader in the community. French was said to have been extremely particular about the materials used in the construction of his home. He individually checked each cypress and pine board for irregularities before approving their use in the home. The house is built on brick piers, and each floor features wraparound, gallery style porches. The first floor features a reception hall, a parlor, and a dining room; the second floor contains five bedrooms.

In 1942, following French's death, his wife sold the house to Rafael Galvan. Galvan was the first Mexican-American police officer in Corpus Christi and founder of the League of United Latin American Citizens. The home remained in the Galvan family for 40 years, before being purchased by the city in 1982. Currently, it houses the Multicultural Center at Heritage Park and the offices of the Corpus Christi Parks and Recreation Department. The house is available to rent for events such as weddings. It was recorded as a Texas Historic Landmark in 1986. Local legend tells of an unnamed ghost who supposedly haunts the house.