Originally built in 1893, this house was eventually owned by Ms. Charlotte King Cook Sidbury, a prominent female civic leader. The Sidbury House is included on the National Register of Historic Places and was designated a Texas Historic Landmark in 1976. The house is also listed as one of the "most haunted places in Corpus Christi." 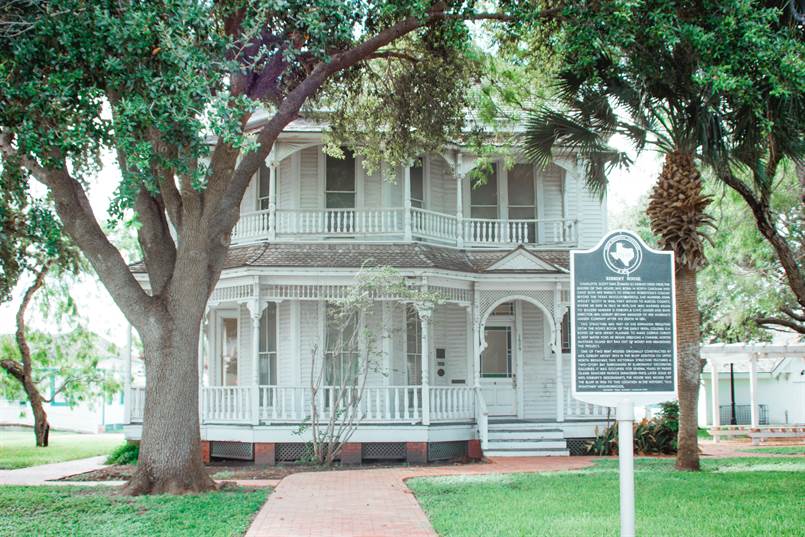 In 1848, Charlotte King Scott Sidbury married a rancher, John Wesley Scott. After his death in 1875, Sidbury ran the ranch until she met her second husband, Mr. Edward D. Sidbury. Edward was an extremely wealthy business man, owning several lumber yards across Southern Texas. Following his death in 1881, Charlotte Sidbury inherited both his business and fortune. By 1891, she had amassed a net worth of over $200,000 (today, that would be worth over $5 million). Sidbury rose in prominence within the Corpus Christi community, and eventually became director and a stakeholder of the Corpus Christi National Bank. She invested funds throughout the community, including what is now known as the Sidbury House. The house was moved from its original location to Heritage Park in 1926. The house is also rumored to be haunted; local legend tells of the ghost of a child appearing in windows, knocking over objects, and moving dolls.