After trying to enroll at Southwestern Louisiana Institute (now University of Louisiana Lafayette) in Lafayette, LA on September 15, 1953; Shirley Taylor, Clara Dell Constantine, Martha Jane Conway, and Charles Vincent Singleton were denied entry to the all-white school. Their efforts did not stop there, and they enlisted the legal assistance of attorney Thurgood Marshall and his team of lawyers with the NAACP. What started out simply as 3 young, Black women and one Black young man attempting to enroll in a college that allowed them to stay at home while attending school, ended in a class action complaint. The class action complaint these young people and their legal representation put forth, ultimately was a victory and desegregated the very first state college in Louisiana. The marker to commemorate these young pioneers, their courage and determination can be found on Rex St near E St. Mary Blvd in Lafayette.

Historical marker for Pillars of Progress 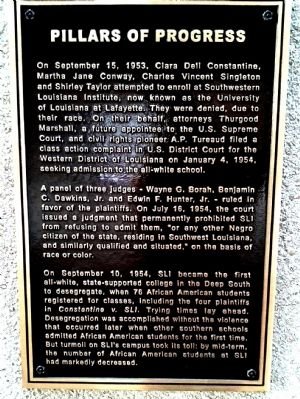 Shirley Taylor (Gresham) at the Desegregation ceremony at ULL where she received an honorary bachelors degree for her honor and bravery in the face of discrimination. 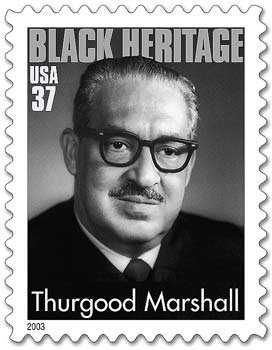 Image of a typical protest of school segregation. 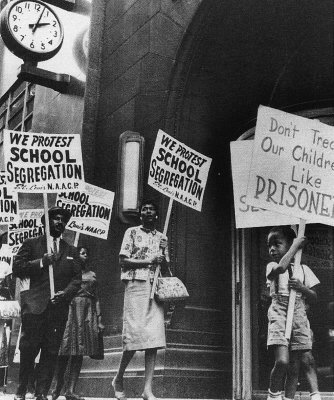 Image of SLI building around the time of Constantine vs SLI 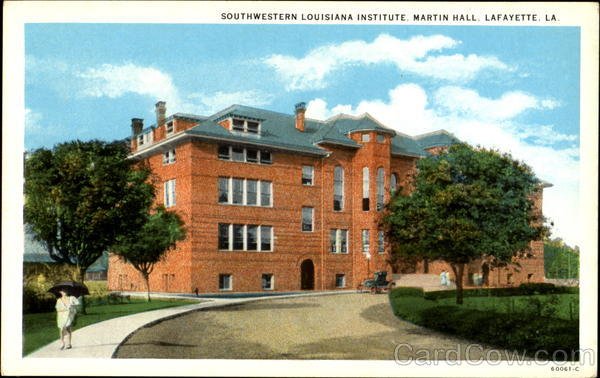 On September 15, 1953, a groundbreaking civil suit was about to be born. Three young women by the names of Clara Dell Constantine, Shirley Taylor, and Martha Jane Conway, and a young man by the name of Charles Vincent applied to go to college at the all-white  Southwestern Louisiana Institute (that later came to be named University of Lousiana Lafayette). They were from lower-middle-class families and in order for them to be able to afford to go to college they needed to attend a school that was close enough to live at home and not have to pay the additional expenses of housing and that is necessary for college students who live on campus or away from home. Unfortunately, there were no Black colleges close enough for this to be possible, so they applied to SLI. They were denied based on their race and petitioned to the State School Board, but there was no change in the status.

Not accepting no for an answer, the students then enlisted the legal help of Attorney Thurgood Marshall and other members of his NAACP team of lawyers including A.P. Tureau, Robert L. Carter, and U Simpson Tate.  All of these men played various roles to file a civil suit against SLI on January 4, 1954, on behalf of the students.  The suit became known as Constantine Vs. SLI.  It asserted that SLI was violating their 14th amendment rights for denying them entry to the state college because they were African American, as well as the Ku Klux Klan Act which permitted any citizen to pursue a suit to exact reparation for denial of their rights.  The premise was that while Louisiana had established state schools on the behalf of whites, it had provided many for Blacks throughout the state. The nearest colleges were too far for the 4 students to attend and remain to live at home, so SLI was their only option, and that option was being denied. This suit would call into question the constitutionality of the ruling of Plessy Vs Ferguson that supported state laws for racially separating all public resources.

Ultimately the students won their class action suit in Supreme Court because the judges confirmed that the Louisiana law did indeed violate their 14th amendment rights. The state of Louisiana didn’t fight the decision, so there were no appeals and the ruling was accepted. There were multiple reasons for their lack of appeal. This included another court decision that called upon the states that participated in segregating schools to provide equal standards for schools no matter the color of the students. This would have cost a great deal of money, and it was a much cheaper option to simply integrate the schools that already existed.  It was also predicted that yet another court case, that would become to be known as Brown Vs The Board of Education, would integrate colleges eventually as well.  Constantine VS SLI was a success for the plaintiffs, their attorneys, and future Black college students of Louisiana as well. It was the first state college to become integrated. It also happened without a lot of the racial violence that occurred at other schools, which was a surprise to all involved.  The Black students that attended SLI following the ruling did so without a lot of violence but there was still individual intimidation tactics used and they weren't exactly welcomed on campus by their fellow students.  That caused subsequent enrollment of Black students to be much lower in number.

Today, this momentous and ground-breaking event was celebrated in a couple ways. First, a plaque titled the “Pillars of Progress” was placed on Rex St Near E St. Mary Blvd that tells the story of Constantine VS SLI. There are also separate pillars in the vicinity named in honor of the student’s efforts titled “faith”, “courage”, “justice”, and “knowledge”. All those who pass can now learn about those who went before them to pave the way. Secondly, 50 years after winning their suit, SLI (now ULL) awarded the “four that could” honorary bachelor’s degrees on the 50th anniversary of the desegregation of SLI.