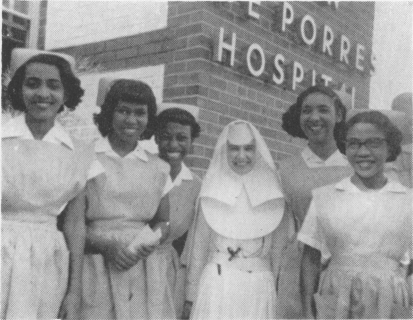 Saint Martin De Porres Hospital was a segregated black hospital in Mobile, named for a mixed race Spanish-African American saint born in Lima, Peru in 1597. The hospital began in 1941 and continued through 1971. In 1976 it was reopened as the current facility, Allen Memorial Home. This location stands as a testament to segregation in Jim Crow South.

The Oakleigh Museum House is one of Mobile's many historic homes. Original owner James W. Roper built the estate in 1833 outside of city limits. It is an example of Greek Revival architecture. The name "Oakleigh" is derived from the property's beautiful oak trees. In addition to the main property, restoration began on the Cook's House in 2013 to tell the often ignored African American experience during this period of history. 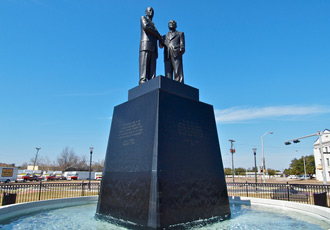 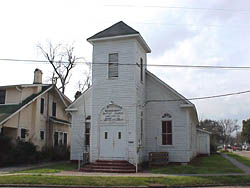 Placed on the National Register of Historic Places on July 7, 2005, this historically African American Neighborhood was named for the Old Camp Ground, a military encampment that used the area during the Civil War. 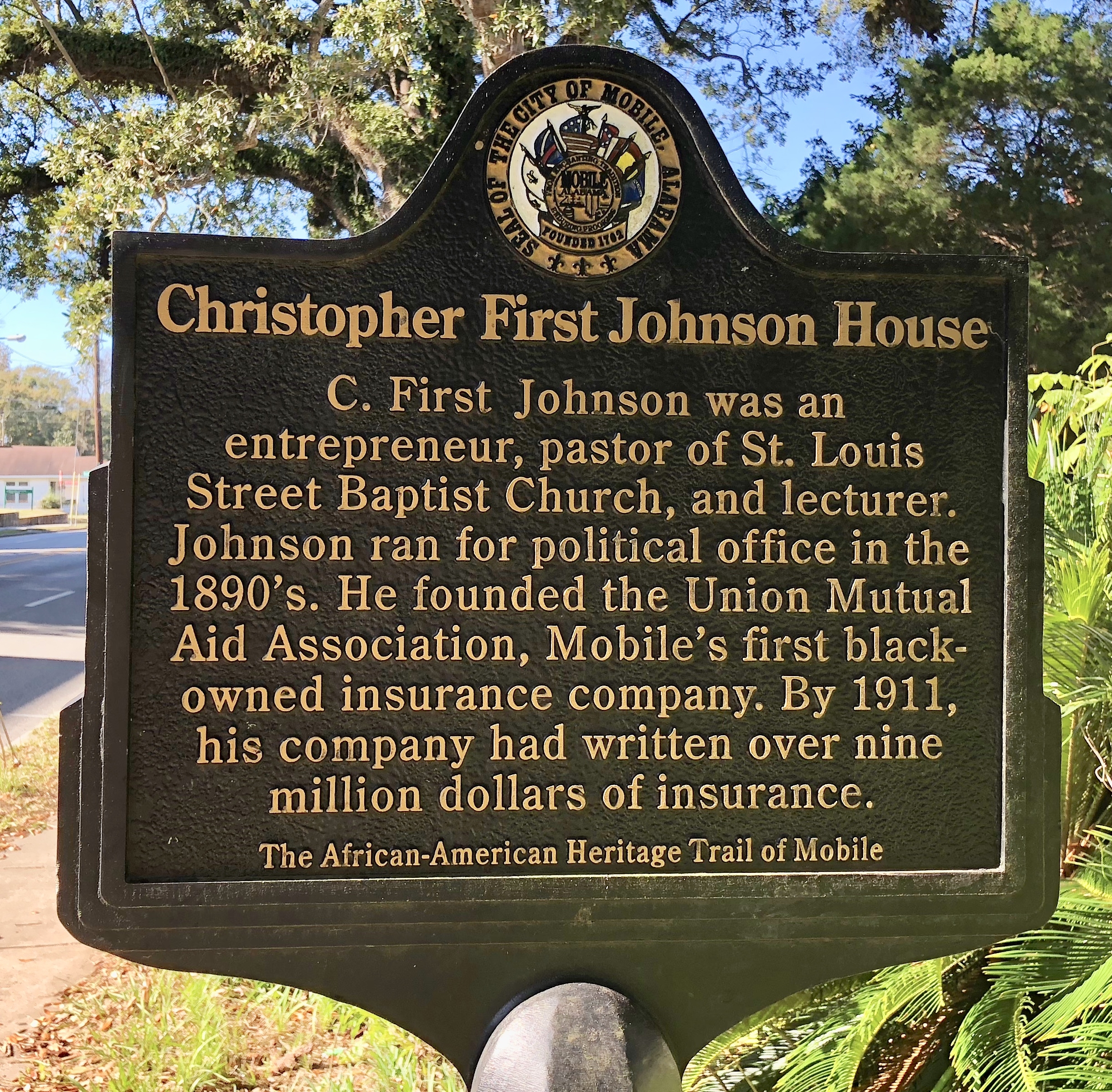 This Historical Marker honors Christopher First Johnson, the founder of Union Mutual Aid Association, Mobile's first black-owned insurance company. By 1911, Union Mutual Aid Association had become a million dollar company. Johnson was also an entrepreneur and a Pastor of the St. Louis Street Baptist Church and lived at the home next to the marker which is part of the African American Heritage Trail of Mobile. 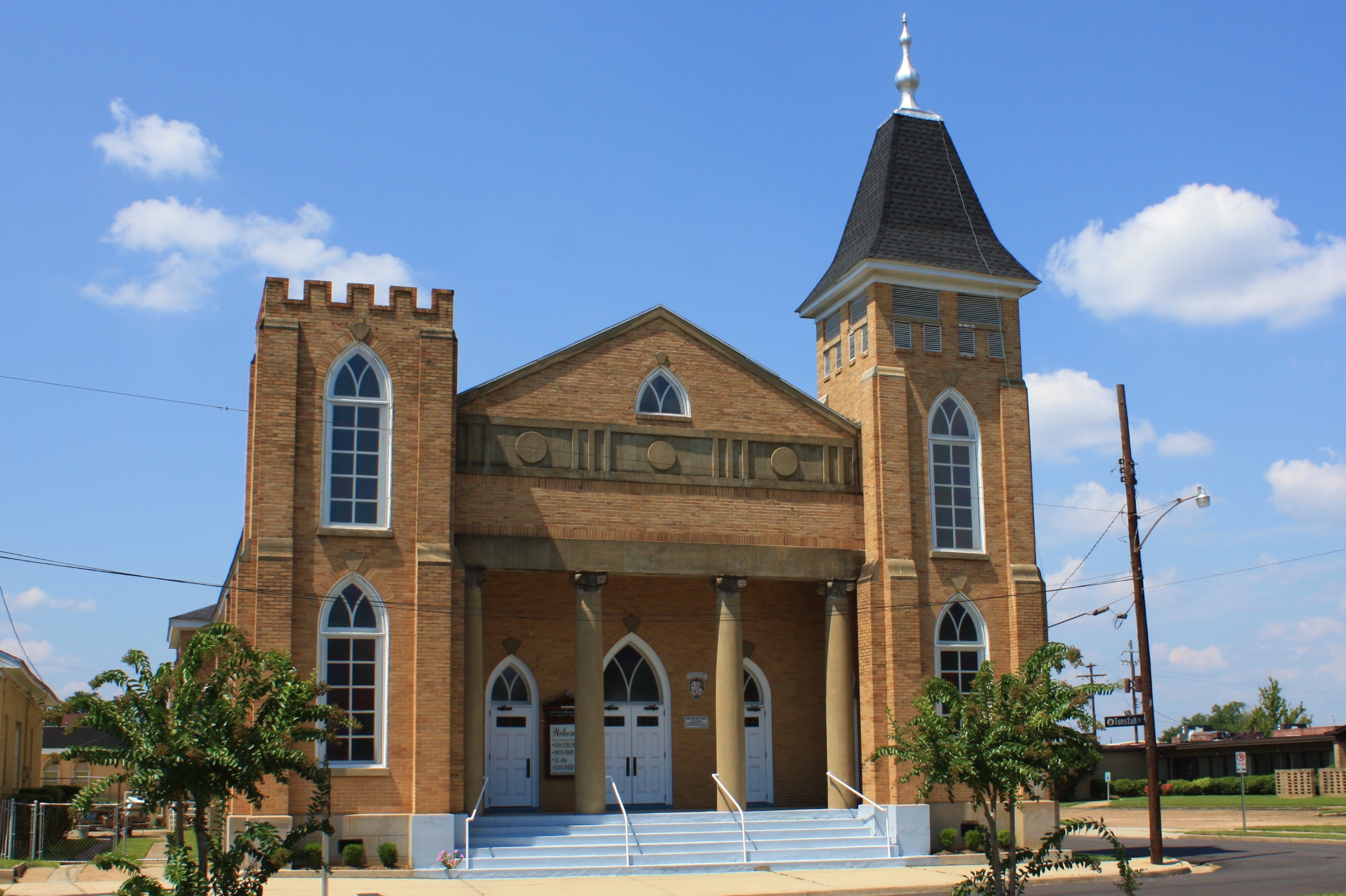 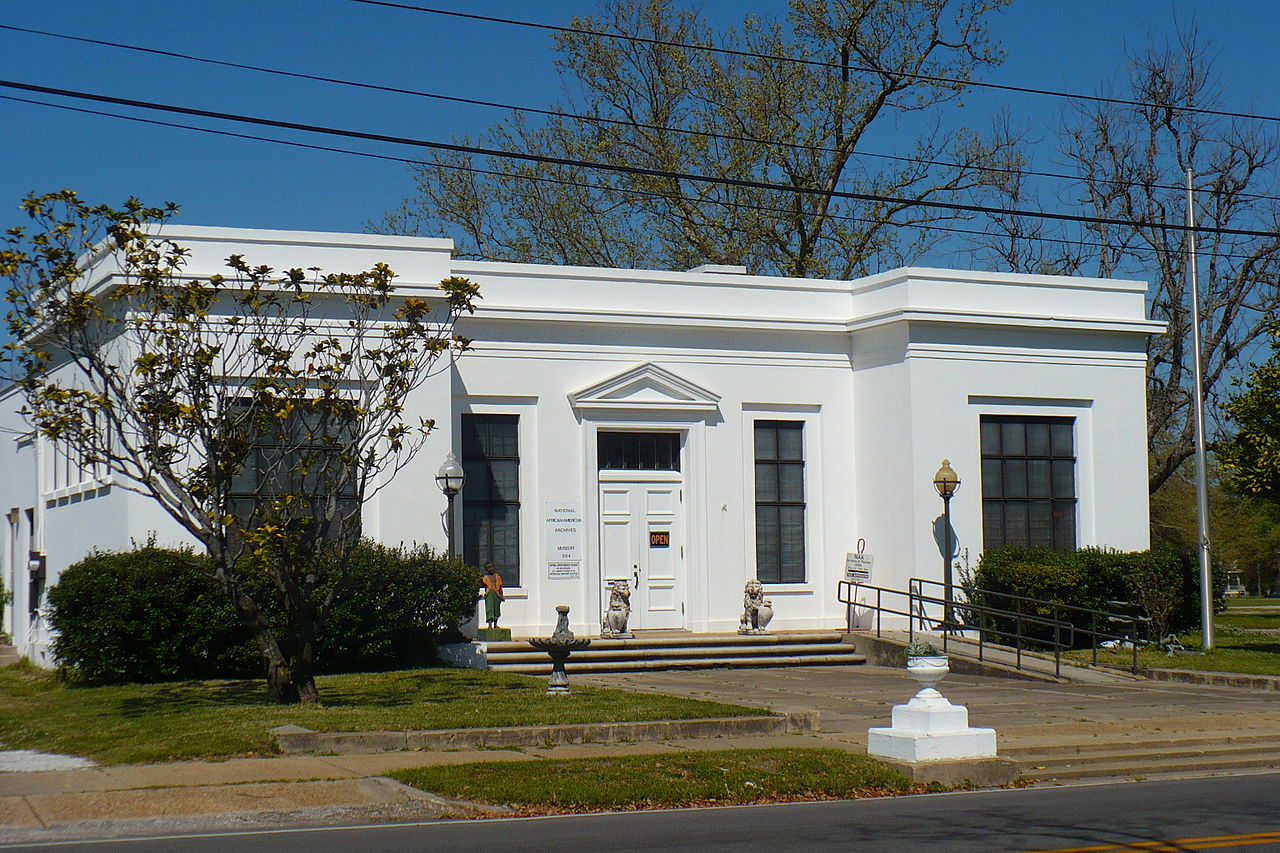 This archive and museum is located in the former Davis Avenue Branch of the Mobile Public Library which was established in 1931 and served as a branch library for African American patrons until the 1960s when the library ended its policy of segregation. The library was the result of a campaign led by African American residents who were previously not served by Mobile Public Library. The building was designed by George B. Rogers, a Mobile architect who had previously built the library's main branch. Designed in a period when the city's public buildings featured classical revival architecture, the building cost a total of $26,000 and contained only three rooms when first constructed. After the city library ended its policy of segregation in 1964, the building was re-purposed for the storage of government documents. In 1992, the city council of Mobile leased the library to the National African-American Archives & Multicultural Museum which offers a variety of exhibits that interpret the history of African Americans in Mobile and throughout the United States. 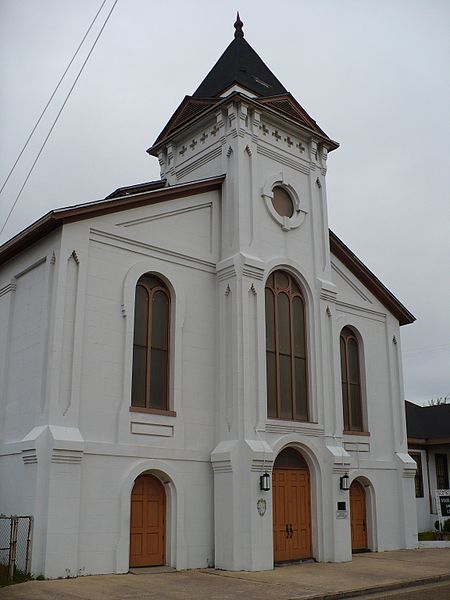 Constructed in 1854, this historic structure is the oldest Methodist church building in Mobile, Alabama. The church is notable not only for its age but also for its size and the success of its members in securing title to the building after they broke from the white-led Methodist church leadership after the Civil War. The congregation dates back to the 1820s and had been utilizing a previous building for its meetings until 1854 when that structure was lost in a fire The congregation was one of two Methodist churches established in Mobile before the Civil War. In 1978, the structure was added to the National Register of Historic Places for architectural and religious significance. 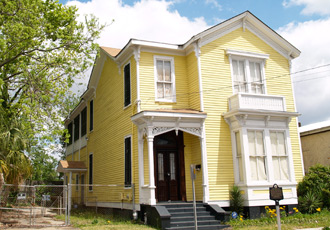 Bettie Hunter was a former slave who created a very successful hack and carriage business, allowing her to build this particularly impressive house in 1878. 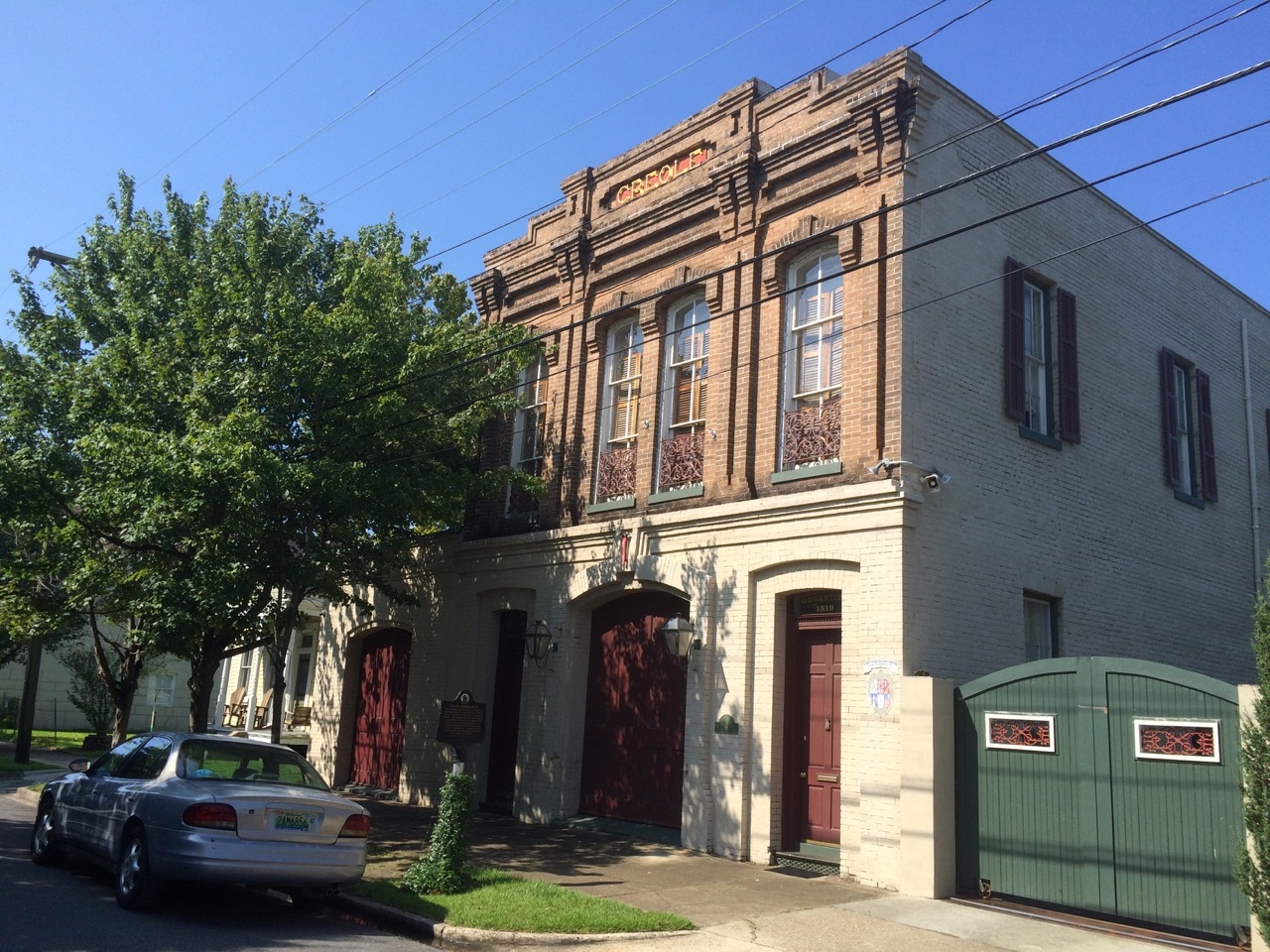 Constructed in 1869 for the Creole #1 Fire Company, this building was designed by local Mobile architect James H. Hutchisson and served Mobile as a firehouse until it closed in 1926. The Creole #1 Fire Company was established in 1819 as the first volunteer fire company in Mobile by the thriving Creole community at the time. To service the needs of the community, the Creole Firehouse #1 was constructed and served as both a business and cultural center for the community in addition to being a firehouse. The building was a venue for Margi Gras gatherings, over 200 weddings, and was a practice venue for musicians. The Creole Fire company eventually was absorbed into the city fire department in 1888 and was eventually disbanded in 1970. Today the building is on the Dora Franklin Finley African American Heritage Trail in Mobile and has served as a private residence since the mid-1990s. 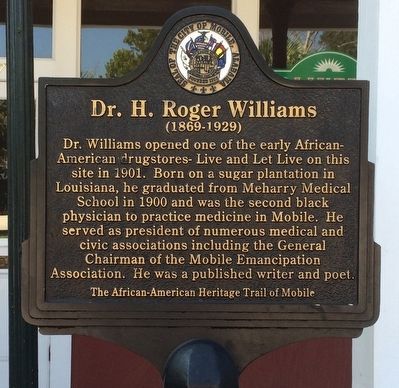 In 1901, Dr. Roger Williams opened one the first drugstores operated by an African American at this location. He was also the second African American to practice medicine in Mobile. Born on a sugar plantation, Dr. Williams studied medicine at the Meharry Medical School and graduated in 1900. He was a prominent figure in the city, serving in medical and civic associations, and was General Chairman of the Mobile Emancipation Association. The marker was erected by the African-American Heritage Trail of Mobile. 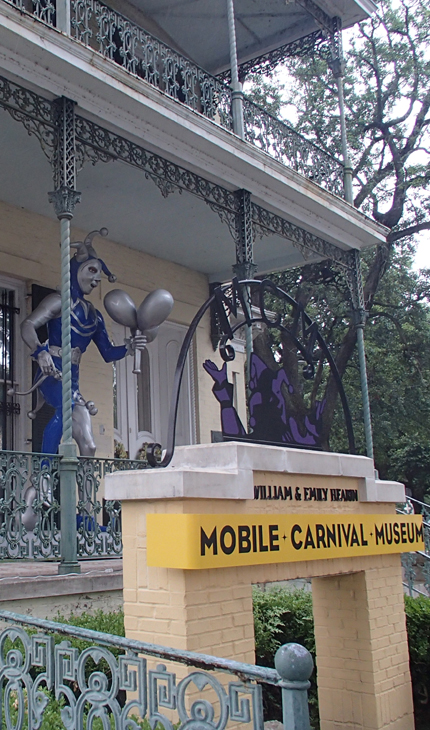 The Mobile Carnival Museum is a collection dedicated to Mobile's rich Mardi Gras tradition. The museum opened in 2005 in the historic Bernstein-Bush house. It is run by the Mobile Carnival Association and a team of volunteers. The collection has been donated by "Monarchs" and local mystic organizations of Mobile. Mardi Gras celebrations in Mobile represent tradition and diversity within the city. 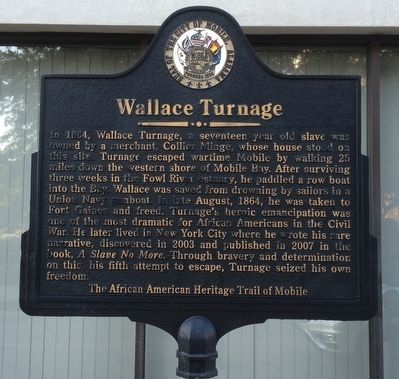 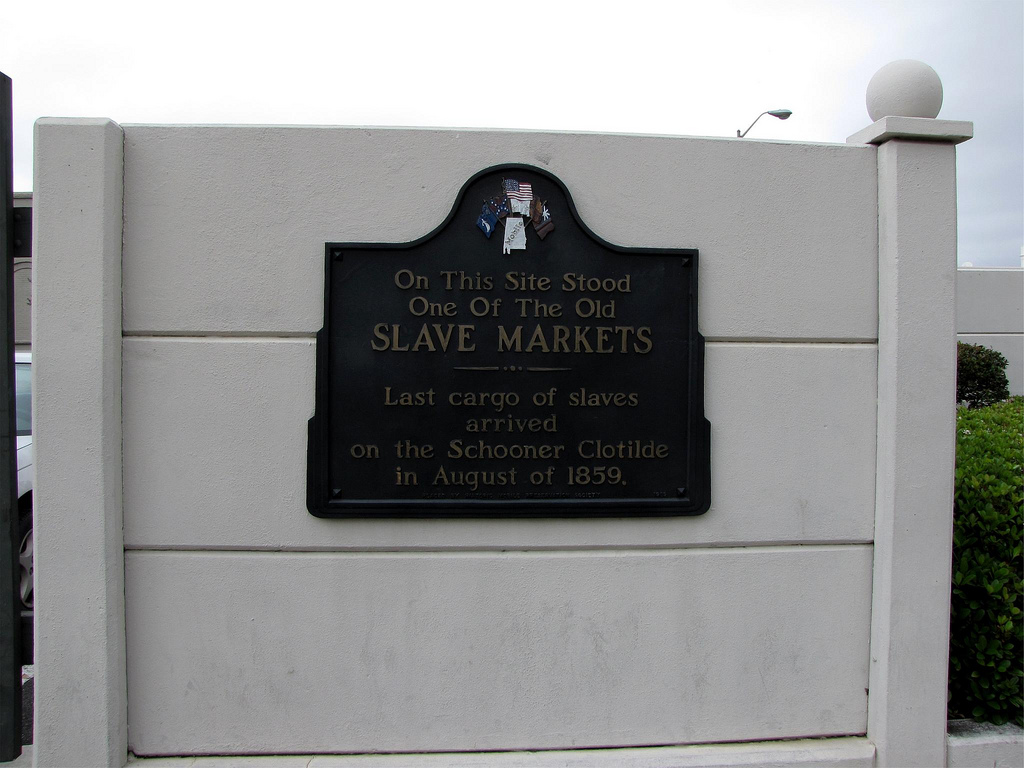 This marker serves to remind citizens of Mobile of the history of slavery in the city. Plantations in mobile had slaves from roughly 1721 up to the Civil War and even imported more kidnapped Africans just before war broke out. In an 1860 census it was reported that 435,080 slaves lived in Mobile. The history of slavery in Mobile is horrific, this marker serves as a testament to the people who overcame this struggle and to those who died in bondage. 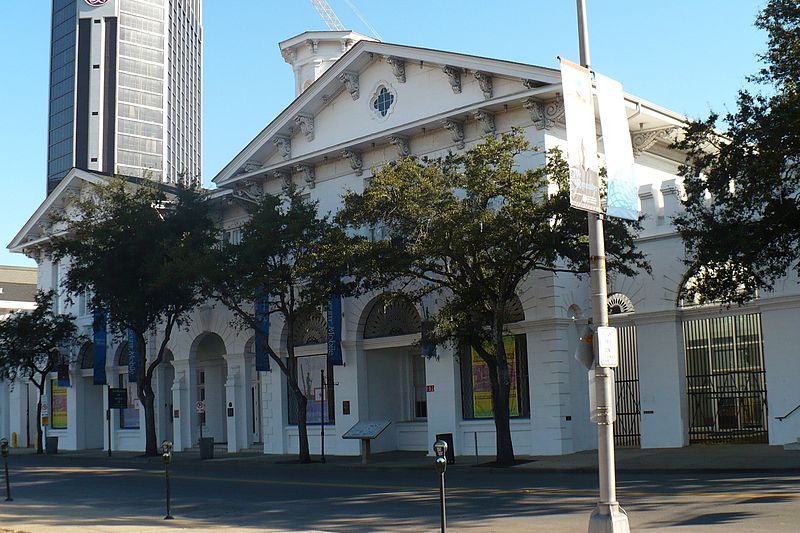 This historic Greek Revival building was once home to Mobile's City Hall and now serves as the History Museum of Mobile which includes artifacts and exhibits that share the early history of the city. The museum's collection has grown to over 90,000 artifacts that represent the long and diverse history of the city of Mobile. The building was constructed between 1855 and 1857 to serve as both an indoor marketplace for Mobile and to hold offices for the city government. The building replaced an open-air market on the site after an Alabama Supreme Court ruling restricted open-air markets. The building also served the headquarters for local militia units, a role that became increasingly prominent during the Civil War. On December 13th, 1969, the building was added to the National Register of Historic Places.