Item 1 of 8
This is a contributing entry for YMCA of the Rockies: Art and Nature Inspire! Public Art Walking Tour and only appears as part of that tour.Learn More. 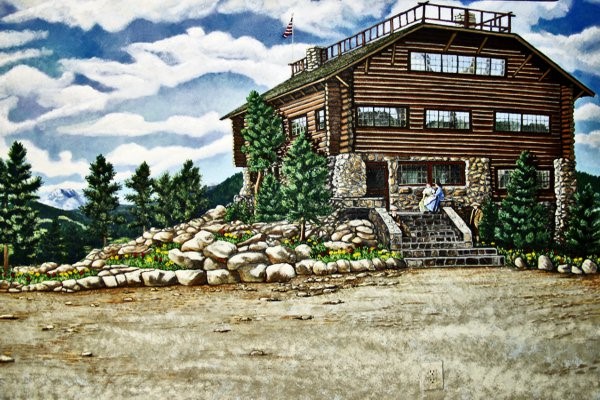 Detail of the rock shelter mural 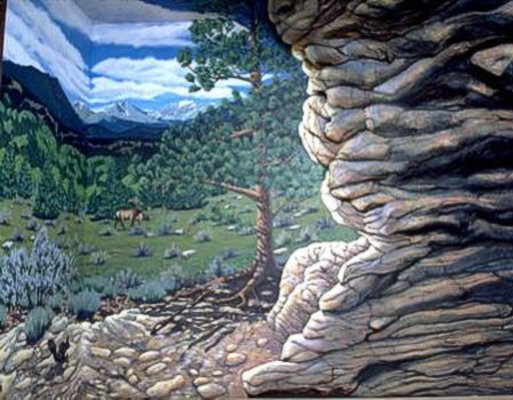 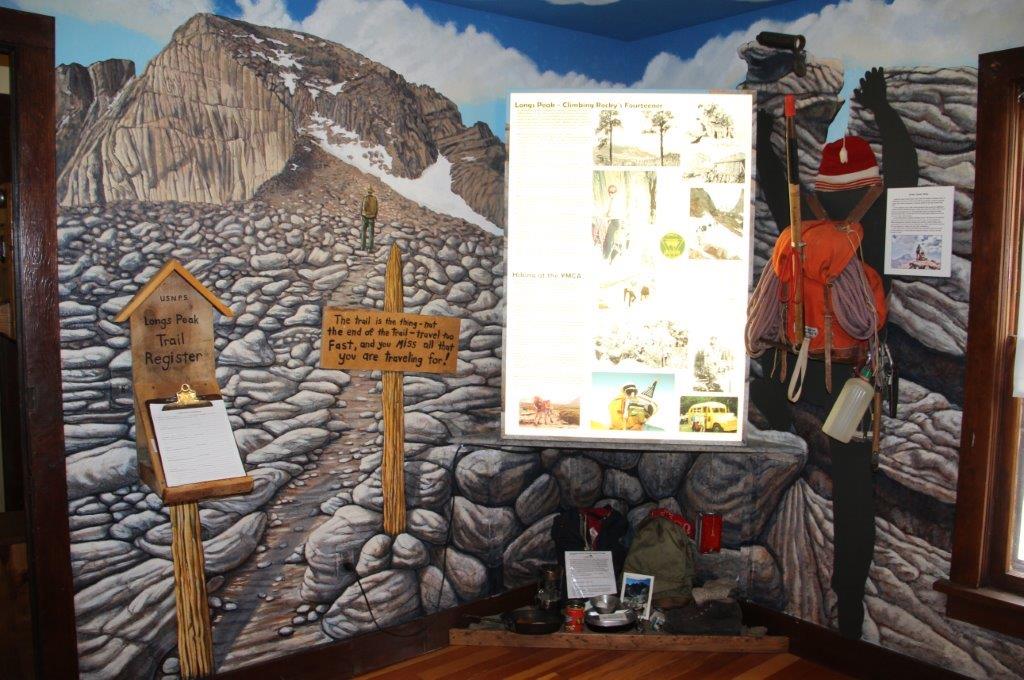 Foamcore base for the rock shelter 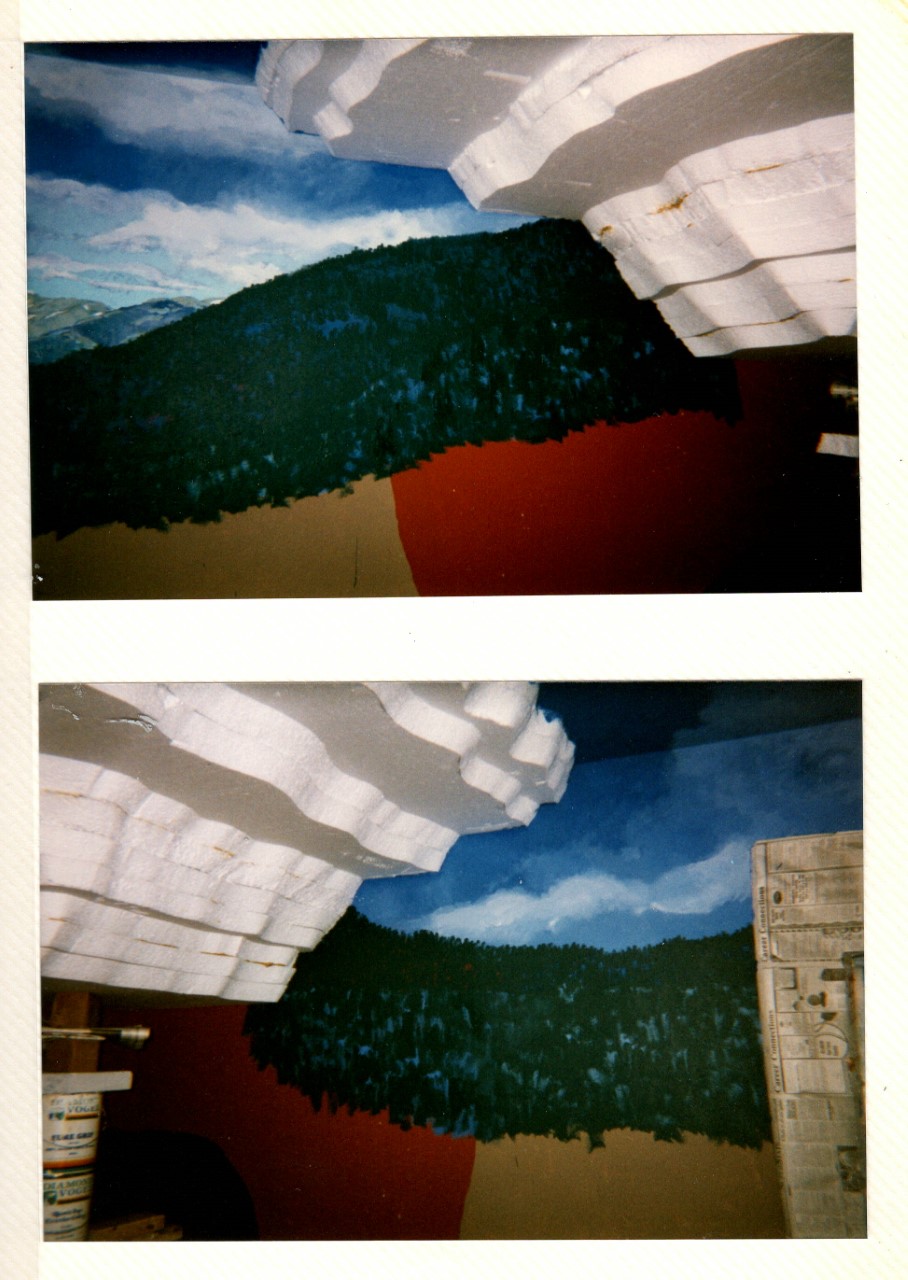 Susan Dailey applying paper mache over the foamcore base 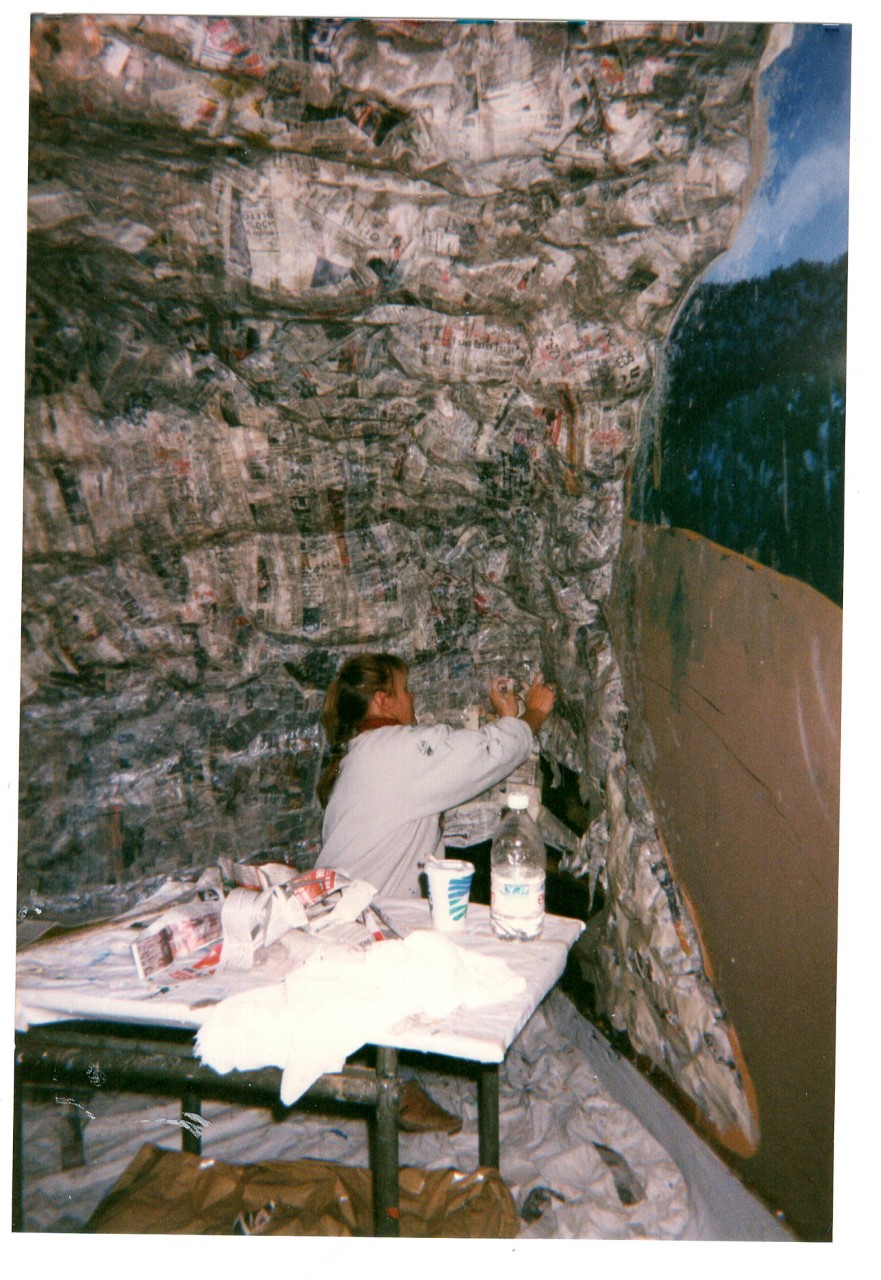 The first mural Susan Dailey created for YMCA of the Rockies was the Prehistory room in the museum. Dailey was taking a class at Colorado State University, Fort Collins where she formed a connection with the class professor. They were both muralists. The Dorsey museum's director at the time, Jack Melton, called the professor, asking to have a mural done at the museum. The professor was unable to take the project so Dailey's name was mentioned and her connection to the YMCA of the Rockies began. Dailey said she was given a cabin to stay in as she worked on the room during the winter of 1997. She worked mainly from photos, using acrylic paint on the walls as well as foam core and papier mache to create the replica of the rock.

Over the next several years, Dailey completed more projects for the YMCA of the Rockies and the Dorsey museum. The year after doing the Prehistory room, Dailey finished a mural of Long's Peak inside the museum that was eventually covered up during a later museum remodel. After the renovations of Mountainside Lodge around 2005, Dailey added the mural of the lodge in the museum, working from old photos of the original building from 1925.

For more information on Susan Dailey and her work, use the link below to access her website.