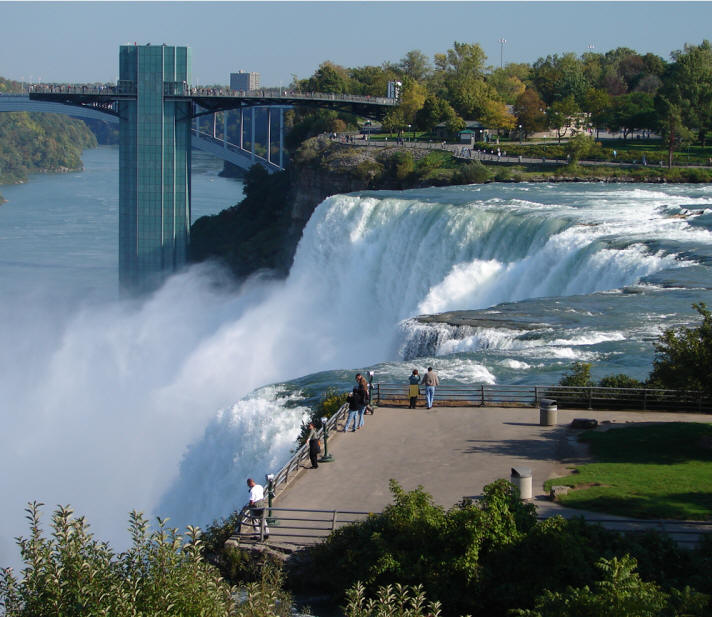 Aerial view of the falls. The park is on the left side.

Visitors on the Cave of the Winds Tour 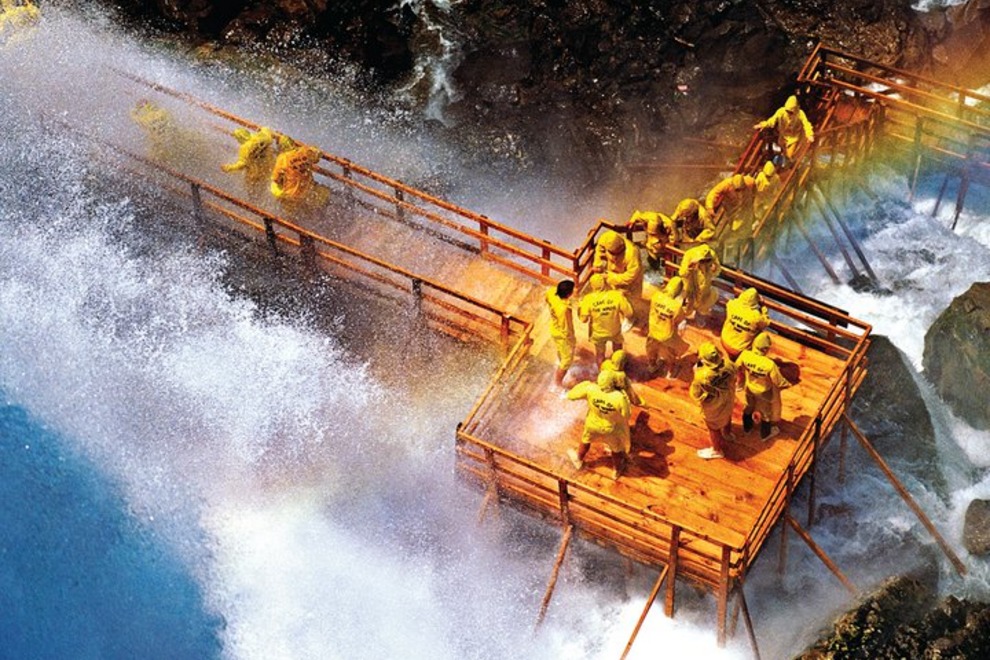 The Maid of the Mist boat

Calls to the create park began as early as 1834. There was a strong desire to clear the area of factories and hotels which took away from the natural beauty of the area. A state government authorized report in 1879, which was signed by the Vice President of the United States and the Governor General of Canada, among other prominent politicians, encouraged the state of New York to take action. The administration at the time did nothing, however. In the ensuing years, park supporters kept pressuring the state government. Finally, in 1885, by decree of eminent domain, the park was established and all of the structures on the property were demolished. New York was the first state to use the power of eminent domain to acquire private property for public, esthetic purposes.

Hours vary throughout the year. Check the website for more information.