This marker, dedicated in 2012, tells of the strategic move of Colonel Kenton Harper's Infantry in the Battle of Falling Waters. Falling Waters is a small town in the eastern panhandle of West Virginia. It was established in 1815. With its placement between Martinsburg and Hagerstown, this a a very popular residence for people employed in Washington D.C. and Baltimore. Two Civil War battles were fought in Falling Waters: The Battle of Hoke's Run and The Battle of Williamsport. 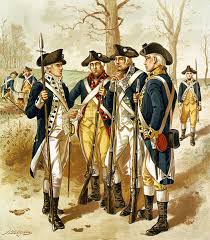 Charles Turner, 15 at the time, was the youngest member of the 5th Virginia Infantry 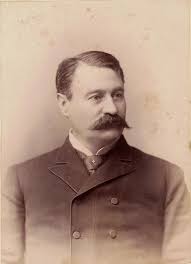 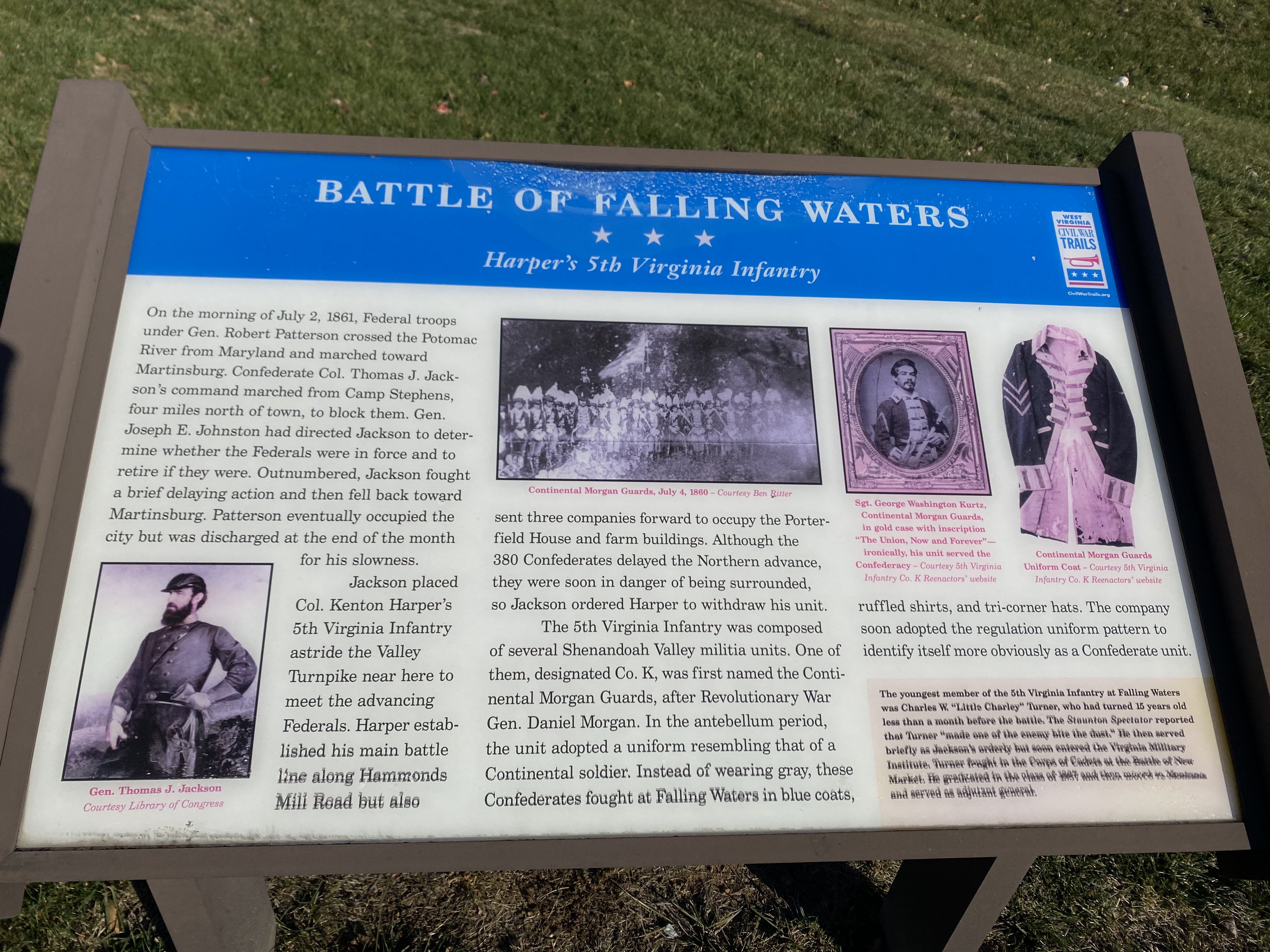 Kenton Harper was a Colonel for the Confederacy. He commanded the 5th Virginia Infantry composed of 380 men. Thomas J. Jackson (later known as "Stonewall" Jackson) placed Harper's Infantry by the Valley Turnpike in order to meet the Federals when they arrived. General Robert Patterson led the Union. Harper placed majority of his troops along Hammonds Mill Road. He put three companies farther up, at the Porterfield House.

Those 380 Confederate soldiers slowed down the advancement of the Union. This bought those placed at the Porterfield House a little bit of time to prepare. Consequently, the Confederates were then in danger of being encircled by the Federals. Because of this risk, Jackson ordered Harper to have his unit withdraw. The battle then continued later at the Porterfield house.

The 5th Virginia Infantry was made up of several militia units from the Shenandoah Valley. One of those units, Company K, was originally called the Continental Morgan Guards. This name came from the Revolutionary War General Daniel Morgan. Sometime years before the Civil War, the unit took on a uniform that resembled one of a Continental Soldier. These uniforms included "blue coats, ruffled shirts, and tri-corner hats." Although the rest of the Confederates wore gray, those of the Company K wore their blue uniforms in the Battle of Falling Waters. Soon after, the company changed its uniform in order to more easily be recognized as with the Confederacy.