Established by Morehead State University in 1985, this museum and center for the preservation and study of Appalachian folk art was housed in various campus buildings. In 1997, the university acquired this permanent space within the city's First Street Arts District. Each of the museum's growing collection of over 1400 pieces have been crafted by local, self-taught artisans. The Center is divided into two main galleries. On the second floor, visitors can view a variety of rotating and seasonal exhibits drawn from the museum's collection as well as works that have been loaned to the Center for a short time. The first floor contains works from the Center's collection. The Center also maintains a small gift shop that offers original folk art as well as books and home furnishings. 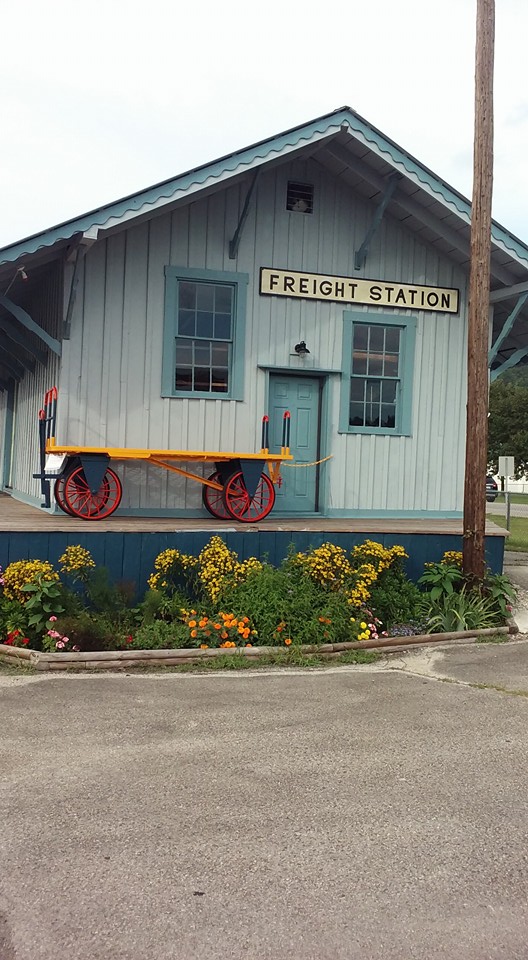 The Morehead, Kentucky Passenger Depot was built in 1881 by the Elizabethtown, Lexington, and Big Sandy Railroad Company. The depot and station was later purchased by the Chesapeake and Ohio Railroad Company in 1892 and closing in the late 1960s. In 2016, the depot was recognized by the National Register of Historic Places. Later that same year, the city of Morehead approved its transformation into a local history museum, one which chronicles not only railroad history but the history of the area as well. 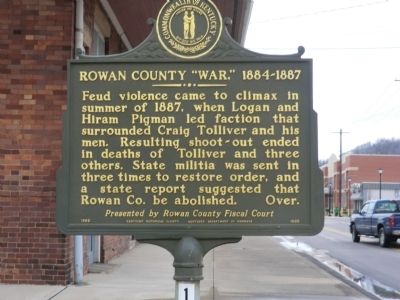 3. The Rowan County War Marker at The Morehead Visitor's Center

This historical dedicated in 1993 at the Morehead Visitor's Center shares the story of the Rowan County War, a feud between two opposing parties that lasted from 1884 to 1887. The feud began when Republican candidate John Martin was shot and wounded after an altercation with Democratic candidate Floyd Tolliver during election day 1884 in the county seat of Morehead. In revenge, Martin fatally shot Tolliver that December. The murder sparked a feud between the families and supporters of the two men that grew to involve the majority of Morehead's male residents. In the years that followed, most Morehead residents took sides in an increasingly violent serious of altercations that reached its climax in the summer of 1887 with a two-hour shootout between sixty men. In response to the shootout, the state militia occupied the city and state and local leaders took steps to prevent further bloodshed. At the end of the feud, twenty men were dead and sixteen had been seriously injured. 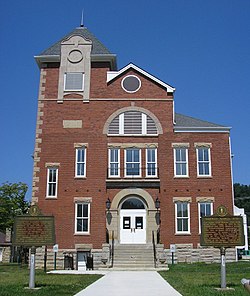 The Rowan County Court House is a large, two-story brick building which was constructed in 1889 by city officials. The building is located along Main Street in Morehead, Kentucky, the county seat of Rowan County. The building is frequently referred to as one of both the most architecturally and historically significant buildings in Morehead. The courthouse was vacated in 1981 after the construction of a new courthouse and was later recognized by the National Register of Historic Places. Today, the building serves as the site for the Rowan County Arts Center. 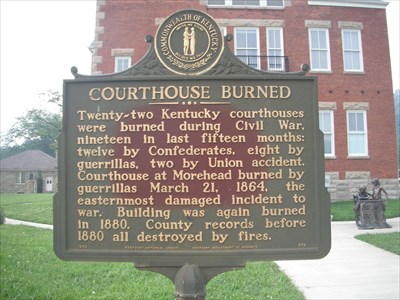 The original Rowan County courthouse was located along Main Street in Morehead, Kentucky. During the Civil War, it was burned and destroyed by a pro-Confederate guerrilla group. The courthouse was later rebuilt during the Reconstruction era, in its original location. In 1880, however, leading up to the Rowan County War, the courthouse was once again burned during a fight between the county's two opposing factions. As a result of both burnings, all legal records prior to 1880 were lost. 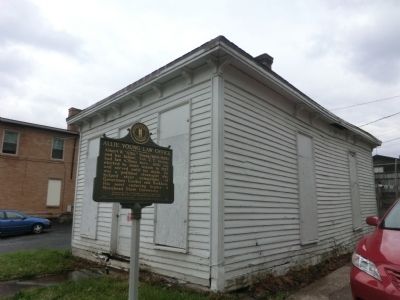 This historical marker is located at the former office of Judge Albert W. "Allie" Young (1865-1935). Young was a prominent lawyer, judge, and Kentucky Senator from Morehead who was elected to the state senate in 1923. Young rose through the ranks of the Democratic Party and eventually became the leader of the party in Kentucky. During his time in the state senate, Young played a vital role in the growth of Morehead State University in addition to aiding in the expansion of roadways in eastern Kentucky. The site of Young's legal practice was later recognized as a state historical landmark. The building was condemned and demolished in 2014 but this historical marker continues to share the history of the building and Young's contribution to Kentucky history. 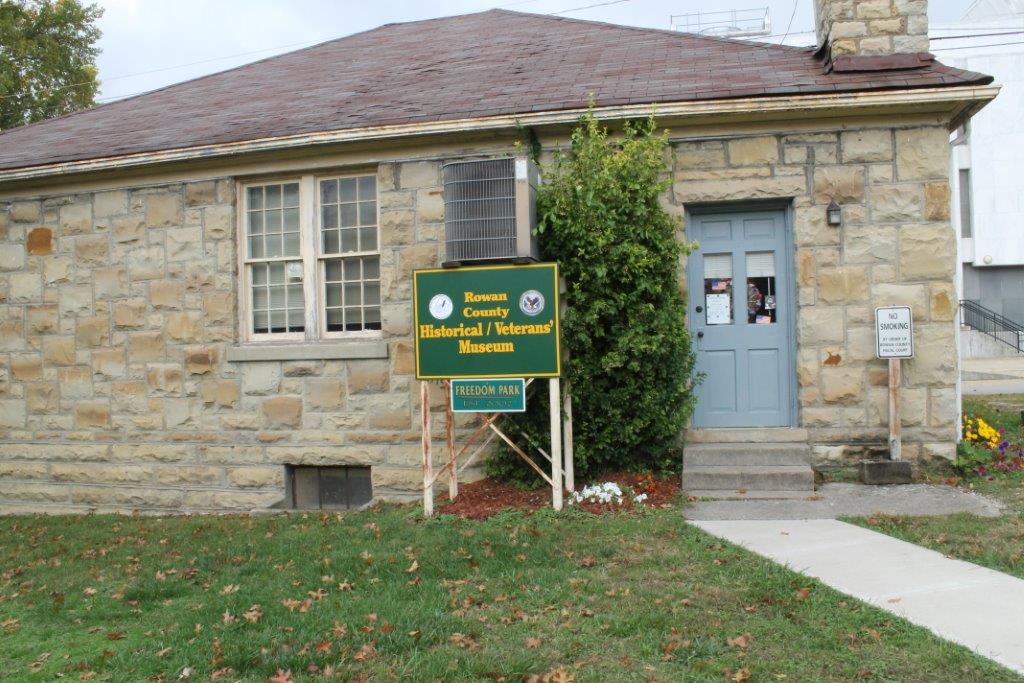 Rowan County's Veterans' Memorial opened in 2010 in the former Morehead Board of Education building. The museum was established by the Rowan County Veterans' Federation to share the town's military history and honor local veterans. The museum's collection of artifacts dates back to the Civil War and features pieces which reflect all five branches of the military. The museum's most popular attraction is its Freedom park, an outside area which features a historical statue as well as a wall engraved with the names of veterans from Rowan County

Morehead is located in the eastern region of Kentucky and is the county seat of Rowan County. The city is best known as the home of Morehead State University which has its roots in the aftermath of the Rowan County War. The town also has thriving art and history societies. Landmarks featured in this tour highlight each of these characteristics, such as the Morehead Folk Art Center and the historical marker for The Rowan County War. Sites not featured on this tour as a result of their distance from the center of town include the site of the old Morehead Normal School and Hargis Hall.