1. The 1885 Forced Expulsion of Chinese from Tacoma

"On November 3, 1885, a mob composed of several hundred men expelled the Chinese community of Tacoma, Washington Territory. Like other acts of anti-Chinese violence in the late nineteenth century, the expulsion was a highly-coordinated act of violence that was led by city leaders and other white residents. Writing for the Overland Monthly, George Dudley Lawson later lauded the event as the “Tacoma Method” and argued that this type of expulsion could serve as a forceful example to other cities wanting to rid their communities of Chinese inhabitants." This tour recounts the history of the expulsion and provides a broader context to the places and people associated with activities leading up to these events.

Lower Chinatown was located adjacent to the Hatch Mill on Half-Moon Bay. A small bay that was eventually filled in for a railyard for the Northern Pacific Railroad, Half-Moon Bay was where many Chinese laborers lived in makeshift homes. At the time of the Chinese Expulsion, that area was sometimes referred to locally as Chinatown. The shanties there that the Chinese lived in were burned down to the ground. 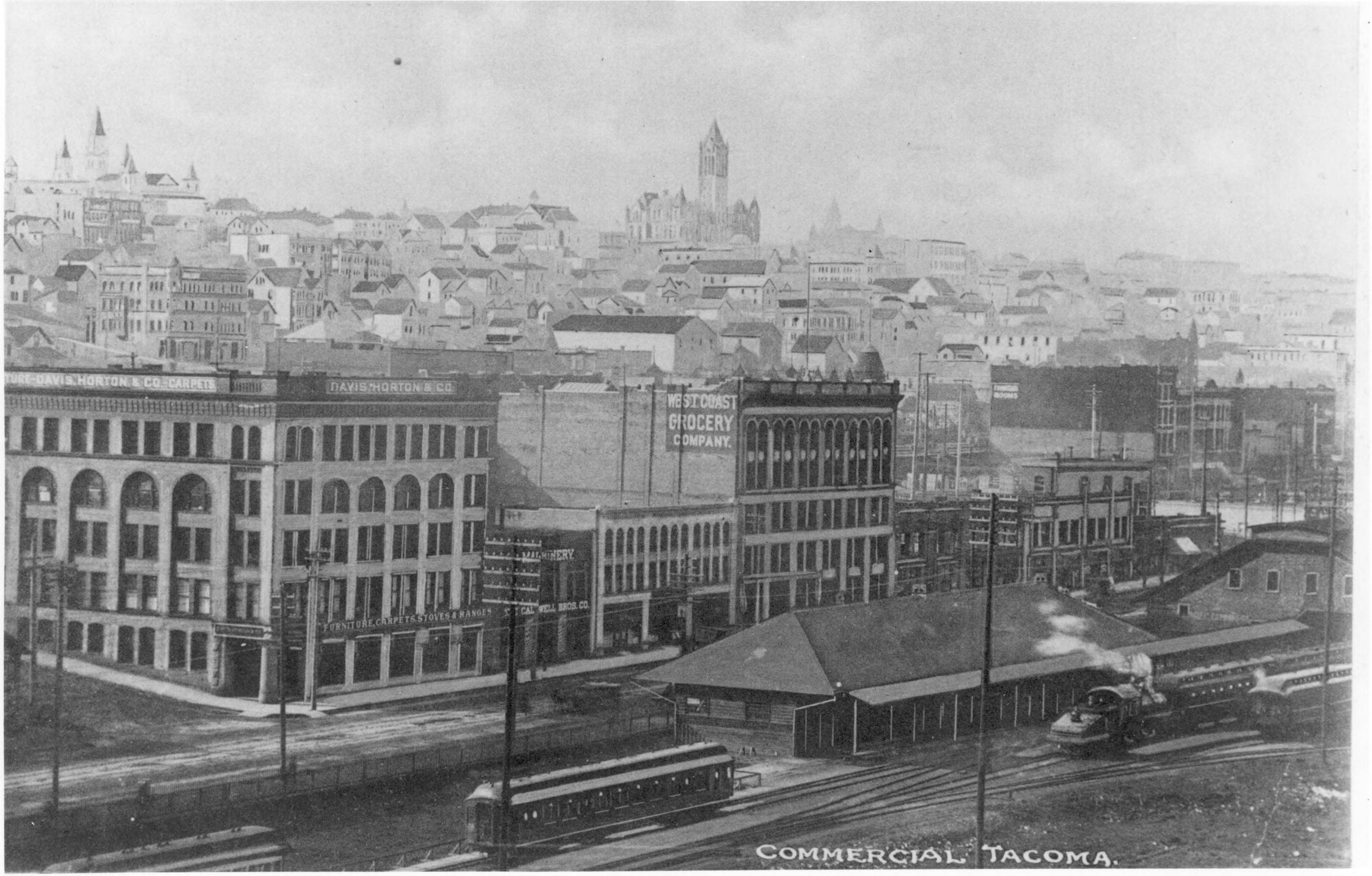 Chinese laborers helped build the railroads that brought people and goods to Tacoma and other towns in the western U.S. after the Civil War. Chinese men and families built homes on property owned by the railroad when Tacoma landholders refused to sell them residences in town. When members of Tacoma's Chinese community, fearing anti-Chinese violence, began fleeing the city in the fall of 1885 some departed from the passenger train station, Villard depot, built in 1883. Those that remained were forced from their homes the afternoon of November 3rd 1885, marched past Villard Depot to a station outside the city boundaries, and put on trains to Oregon. 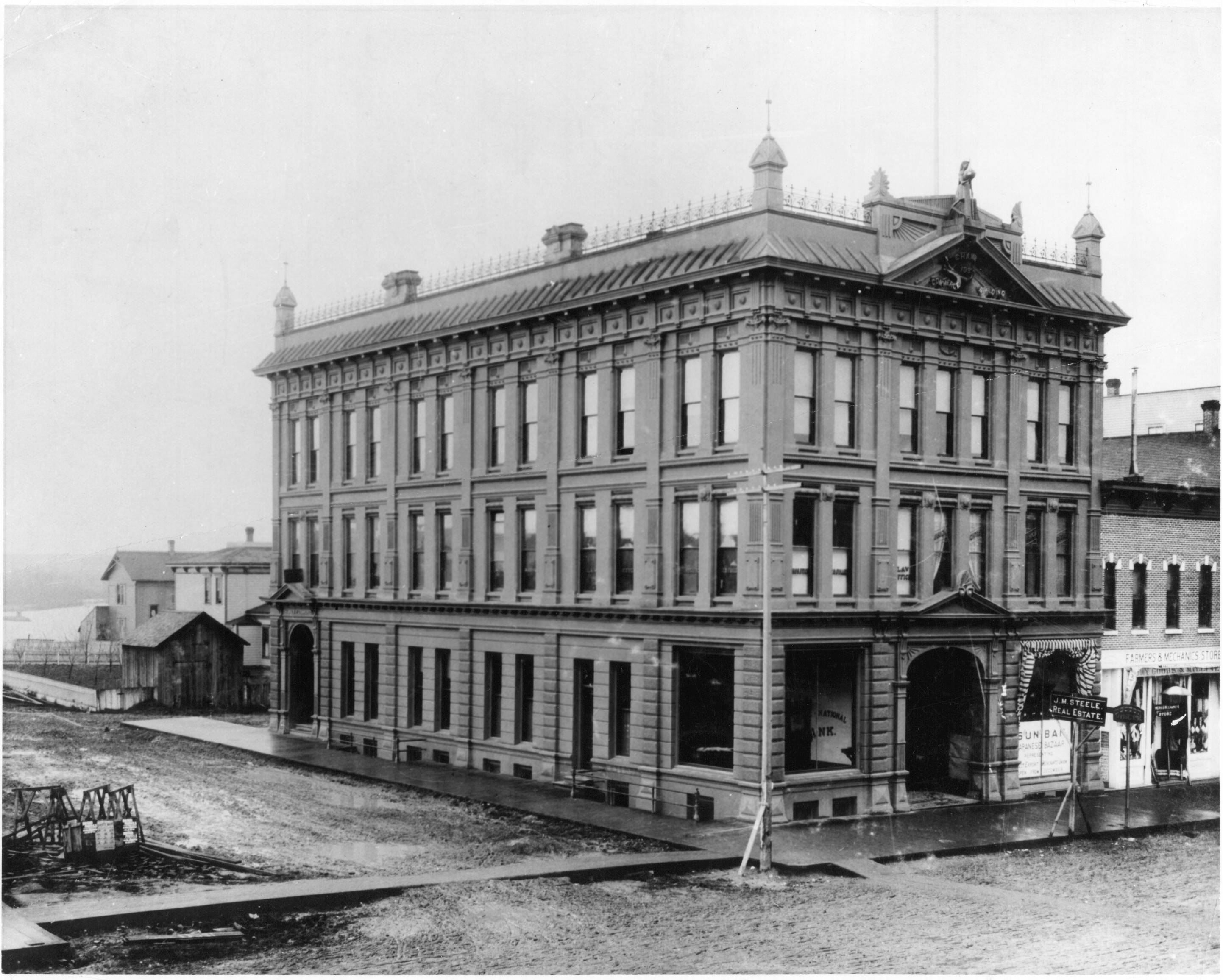 The Tacoma Chamber of Commerce opposed the violent removal of the Chinese from Tacoma. Their building, designed by Farrell & Darmer, was demolished in 1950. The lead architect Carl August Darmer designed a statue at the top, based on his wife. It was called the "Goddess of Commerce." The building was completed in late 1885, and the first meeting of the Chamber in its new building took place on January 1, 1886.

"The anti-Chinese Committee of Fifteen, an unelected group of white men, were appointed to carry out the ethnic cleansing the town's people desired. Days before the expulsion the city made the Committee a permanent sitting body, ensuring the exclusion of the Chinese would continue. Between 1885 and 1895 the Committee impacted the growth of Tacoma and continued the exclusion of the Chinese by their interference in elections, confronting the Chamber of Commerce and mayor, and denying the basic rights of citizens." 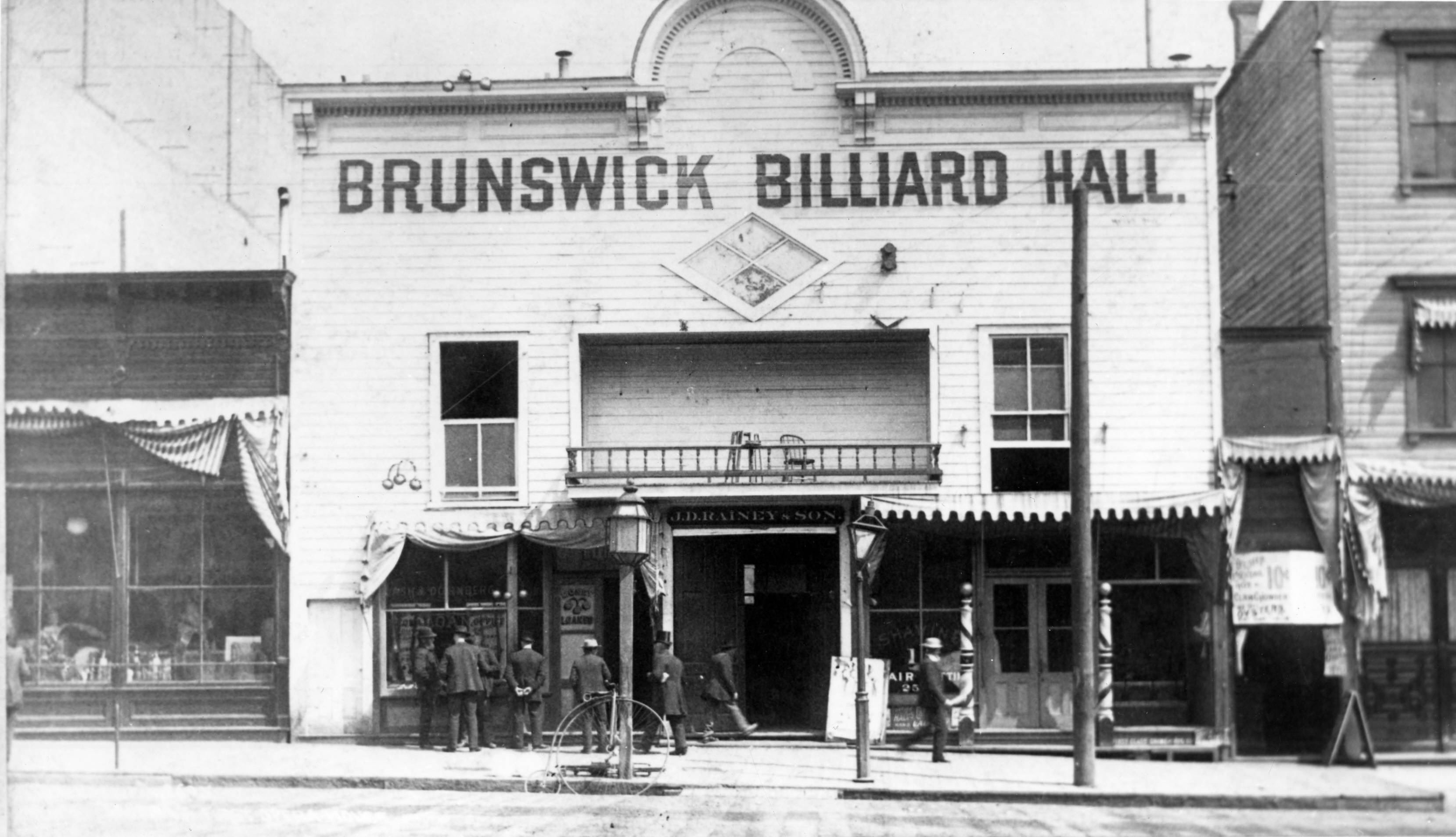 Before the Bank of California building was erected at this location, the Alpha Opera House stood here. The Opera House was one of the more impressive spaces available for public events in New Tacoma, and from the early 1880s locals hosted receptions for visiting dignitaries as well as special events and political meetings inside. Several well-attended 1885 discussions about driving Tacoma's Chinese residents out of the city took place at the Alpha, and periodic rallies there kept the anti-Chinese movement at a fever pitch through November of that year. After the events of November 3rd, 27 prominent Tacomans were arraigned in Vancouver on charges of insurrection for the expulsion of the city's Chinese community; a reception celebrating their return to Tacoma was also held at the Alpha.

The violent expulsion of Chinese in 1895 was not the last time anti-Chinese sentiment was promoted in Tacoma. In 1892, it happened again. "According to the Tacoma Ledger, very few people attended and this second attempt to expel the Chinese failed. See Tacoma Daily Ledger, 23 July, 1892 Tacoma's second try at expelling the Chinese. The meeting was poorly attended and the movement failed to gain any traction." (Edward N. Fuller ephemera collection, Washington State Historical Society)

During his time in Tacoma, Jacob Weisbach was an enormously successful businessman and politician who leveraged his position and authority to direct and protect Tacoma's anti-Chinese efforts throughout 1885. This was the year he served as Mayor, presided over rallies and organizational meetings in Tacoma and Seattle to coordinate anti-Chinese activities, and ultimately watched over the November 3rd expulsion of Tacoma's Chinese community from his home and office at 9th and Pacific. Weisbach was on of 27 Tacoma men charged with insurrection for their role in the ant- Chinese Tacoma riots, but like his colleagues he was never brought to trial.

This business was owned by Lum May and Tak Num. Both of them were forced out of their business and later gave in-depth testimony in the form of written affidavits about what happened to them. Their experience was typical of many of the Chinese-owned businesses that operated in downtown Tacoma, in an area that was sometimes referred to as "Little Canton." 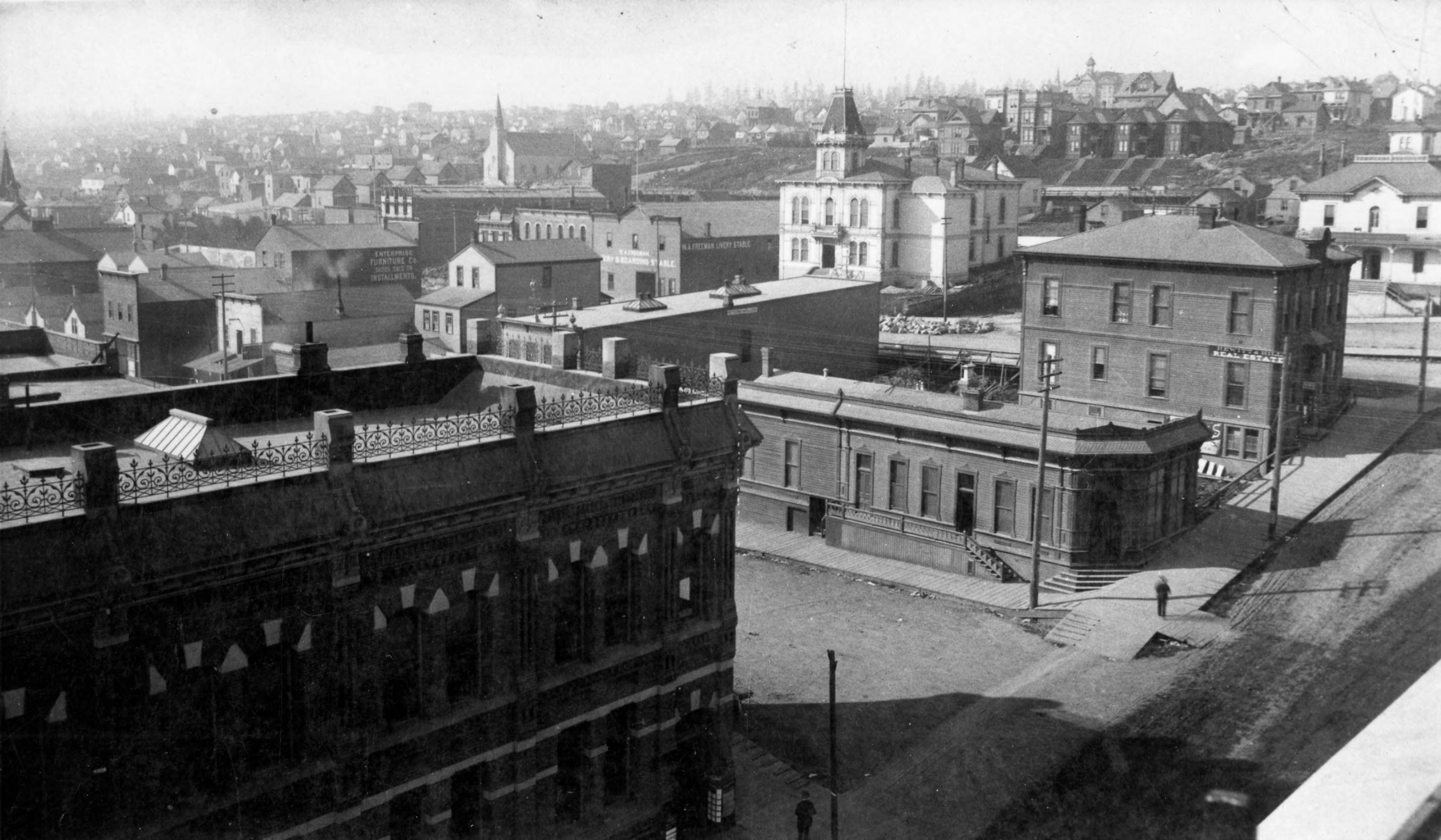 The federal and territorial laws of 1885 depended on those who worked at or through Tacoma's small wooden courthouse at 9th & C (now Broadway). Territorial Governor Watson Squire, Pierce County Sheriff Lewis Byrd, and Tacoma Home Guard Captain Albert Whyte monitored the events of November 3rd 1885 and coordinated their decisions in the courthouse rooms. Those decisions did not prevent the expulsion of Tacoma's Chinese community; they did instigate legal proceedings against the ringleaders of the Tacoma Method mob that ultimately ended without a single conviction. The courthouse was built in 1882 when the county seat was moved to Tacoma; an expanded courthouse was built on South 11th Street in 1892, and the old building was destroyed during the first decade of the 20th century.

At the time of these events, the Tacoma Daily Ledger was located at what 928-930 C Street, what is now called Court C. The Ledger moved its offices in 1890 to the newly-built Fidelity Building, which was demolished in 1949. The Ledger was very vocally anti-Chinese and racist, especially its publisher, Randoph Foster Radebaugh. There were also many articles written opposing the presence of the Chinese by its editor, J. A. Comerford. Comerford was supposed to have been arrested with the other Tacoma 27, but was run out of town prior to the arrests, and possibly even before the forced removal. Literally standing in for him in the picture of the Tacoma 27, Comerford's wife and child can be seen in the photograph. His wife also was selling pictures of the 15 and 27 after the forced removal and put an ad in the newspaper. 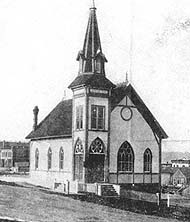 "Ultimately, twenty-seven individuals were arrested and stood trial for the events. Among them was the Mayor of Tacoma, Jacob Weisbach. Weisbach led the anti-Chinese movement in the city. In the end, the twenty-seven did not face punishment for their horrific actions. In many ways, the city thought of them as heroes." [The Tacoma Method] According to a letter sent in 1916 to historian Herbert Hunt by James Wickersham (one of the Twenty-Seven), this photograph of the 27 was taken at the corner of 11th and C Street (now Broadway).

This tour takes you back to the places and people associated with the 1885 expulsion of Chinese laborers and their families from the city of Tacoma. This event came to be called, "The Tacoma Method." [This tour was produced by staff and volunteers from Tacoma Historical Society, in association with the Chinese Reconciliation Park Foundation, and with the support of Tacoma Creates.]