Joseph Cervini came to Texarkana from Genoa, Italy in 1884 to for a better life. He opened a family restaurant on Spruce St. in Texarkana. After getting profits from land investments, he had his home built in 1914. He would pass away shortly after in 1922. The Cervini house stayed in the family for almost 70 years. 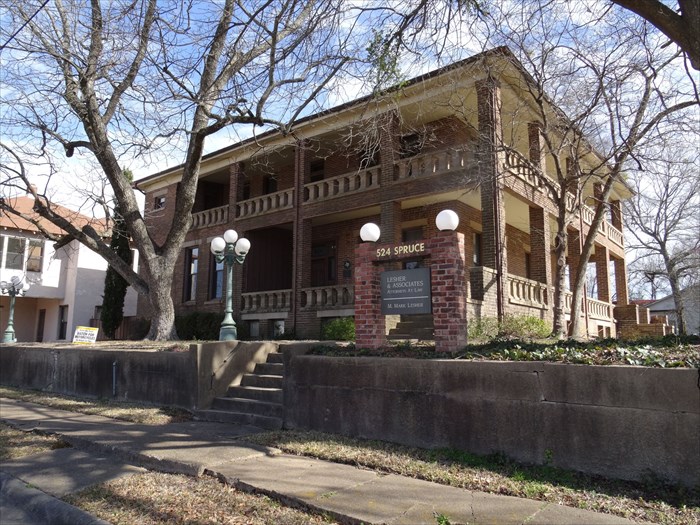 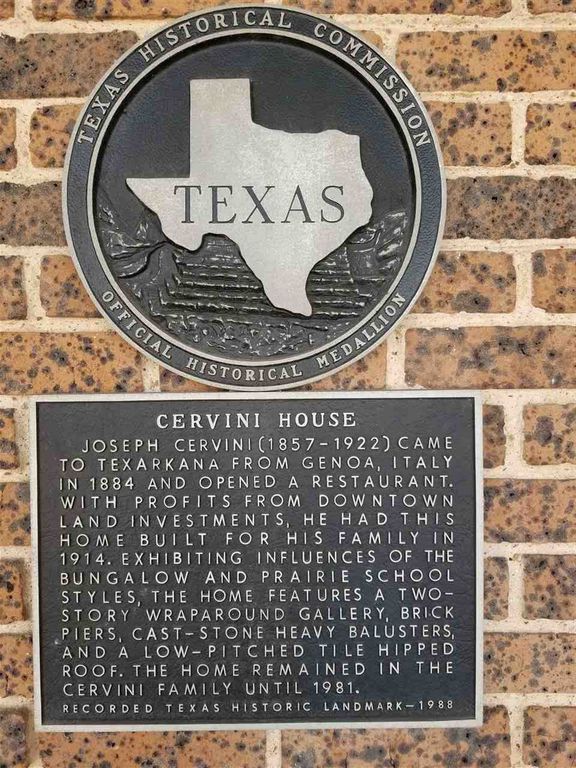 Joseph Cervini came to Texarkana from Genoa, Italy in 1884 to for a better life. He opened a family restaurant on Spruce St. in Texarkana. After getting profits from land investments, he had his home built in 1914. He would pass away shortly after in 1922. The Cervini house stayed in the family for almost 70 years. I saw it when I looked up historical markers in Texarkana and immediately thought back to the lectures of the different immigrants that came over to America. I found it very interesting and thought it should be a historic on the Clio app. It doesn’t get very much attention, and, in my opinion, it is over looked. That is why I chose it for the Clio app project, so it can bring more attention to this historic house.

With migration numbers going up in the United States and Italy and other southern European countries having wars many of the citizens wanted to start a new life elsewhere. Italy just finished its Independence war about 4 years before Cervini came to the United States. The population of the United States increased with 25 million immigrants coming over. Most being from Ireland, Germany, and England. But with the eastern and southern European countries having more and more immigrants coming over. With on the new arrivals many of the immigrants lived on the country side and lived mostly by race. With the all the immigrants come over meant more things had to open so there could be more jobs.

At the period of time Cervini came over immigrants were perceived as less than the “Americans”. The whites thought them self’s as the greatest race above the blacks and other races. Many immigrants would have to work more “low class” jobs likely not work alongside wealthier whites. Cervini didn’t come over and work in the slums but opened his own restaurant so that he could something he wanted and loved to do. At the time period in which Cervini came over to the states there was discrimination to immigrants, and they were seen as “low-class”. I believe his restaurant didn’t do too good at first because many of the whites didn’t want to support something an immigrant was doing. But as time went on, I do think his restaurant began to be accepted by the white Americans and that is how he paid to have his house built. The house would stay in the family through the Great Depression and two World Wars which also gives an historic significance.

Cervini wanted to start fresh and make a better life for his family. He did it even though he was treated bad and could have had other ideas then to keep living up his dream. In class we learned of the different cultures that were migrating to America and how pour they were treated. Somehow Cervini did his best to make life better for his family not only then but as the years went on. With out the hard work of Cervini to provide for his family and he keep the house in the family, I don’t believe it would’ve been a historical site.