Item 8 of 16
This is a contributing entry for Stadium Historic District - Historic Homes Tour (2020) and only appears as part of that tour.Learn More.

Frederick Watson purchased two lots on what is now the corner of North 5th and D Streets and engaged the local architectural firm of Albert Sutton and James Pickles in 1890 to design a Colonial Revival style residence for himself and his new bride Elizabeth. The home was completed in 1892 and occupied by the family, which now included daughter Elizabeth. Frederick worked in mortgage loans, real estate and insurance and had offices in downtown Tacoma. 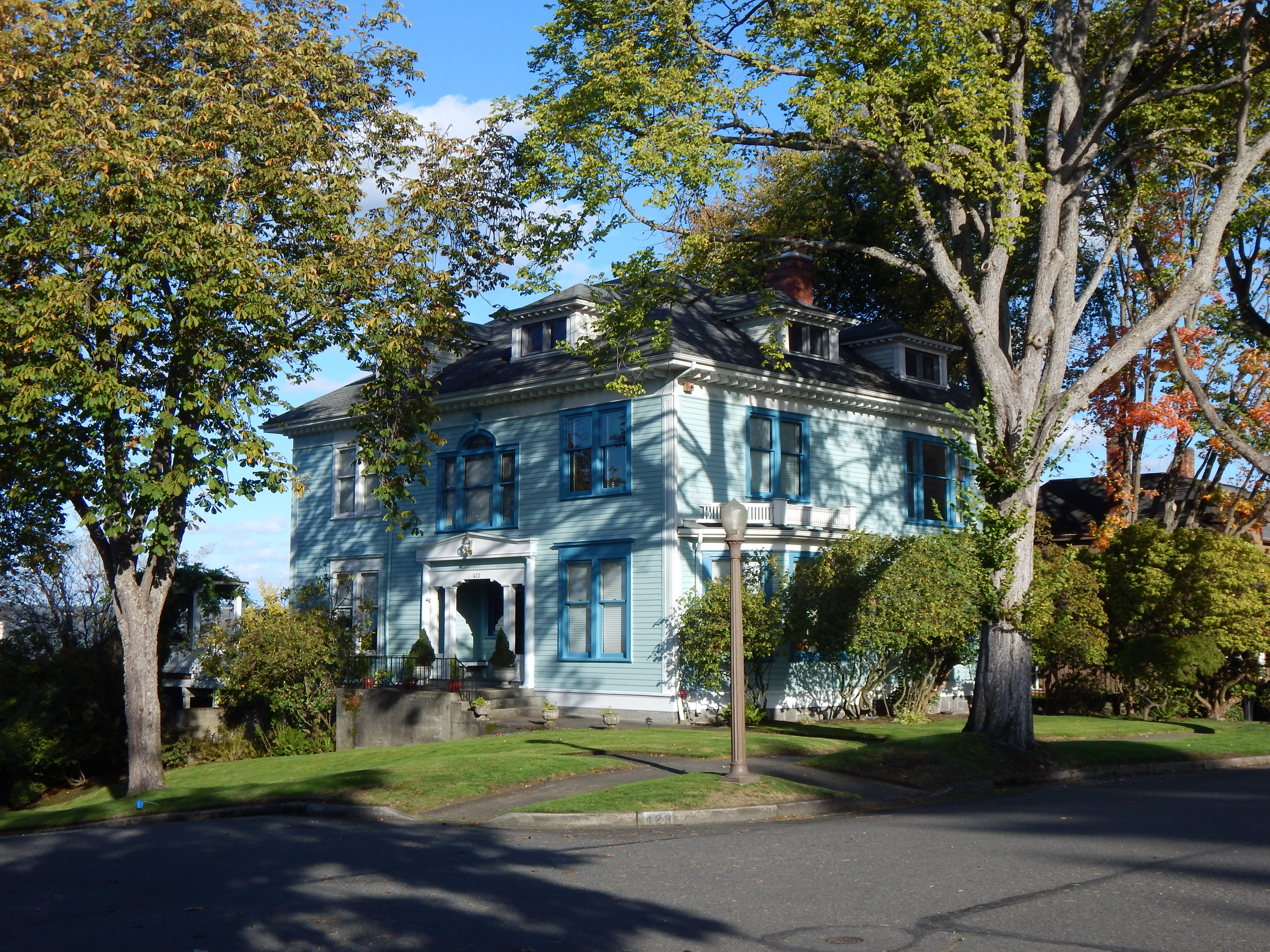 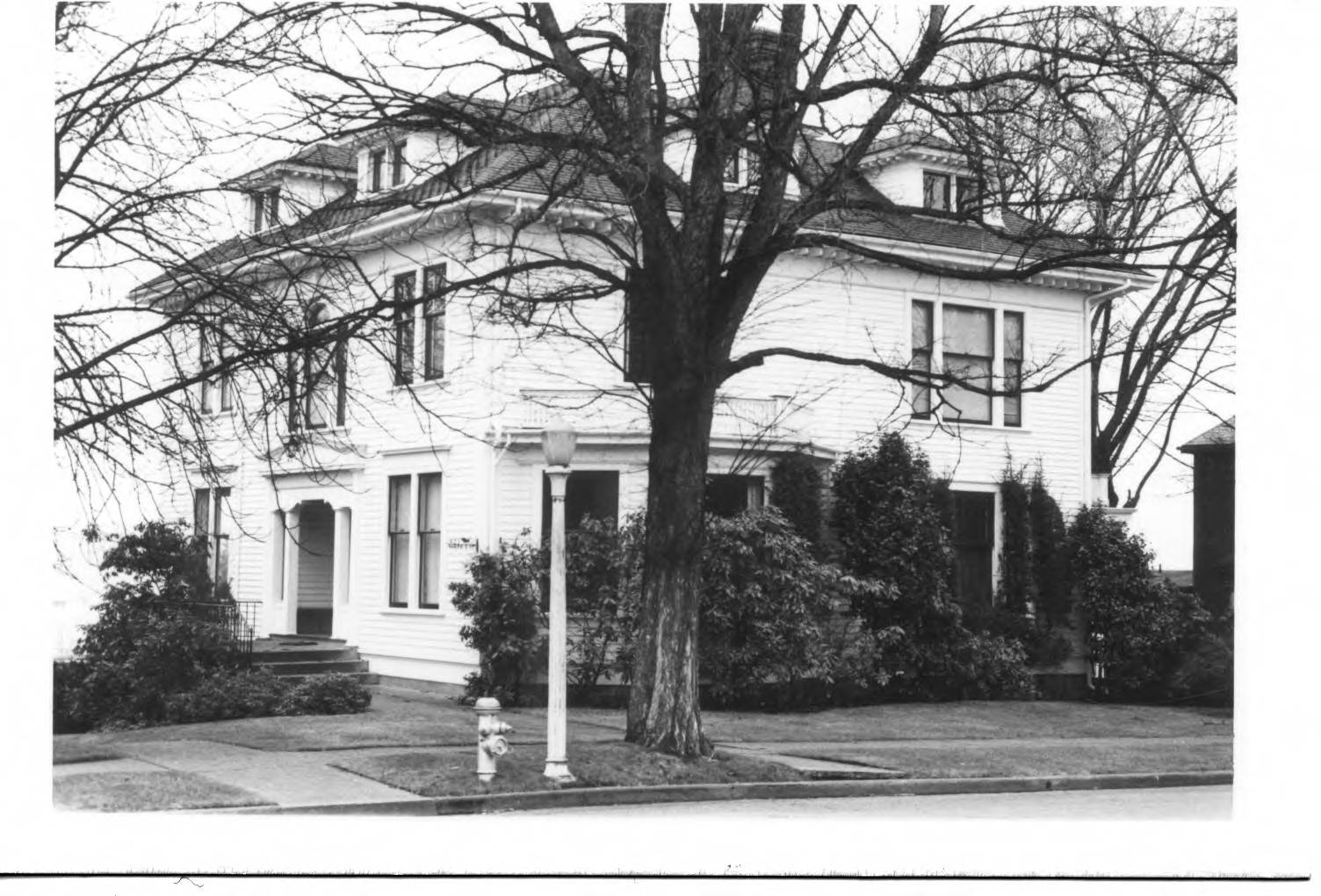 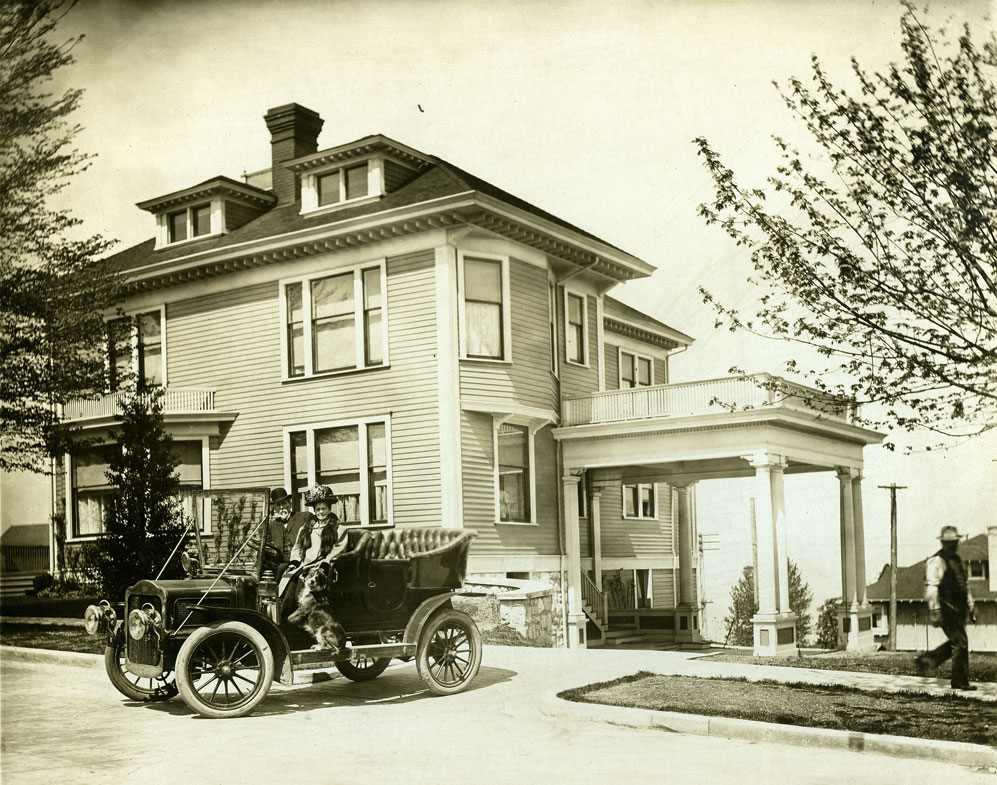 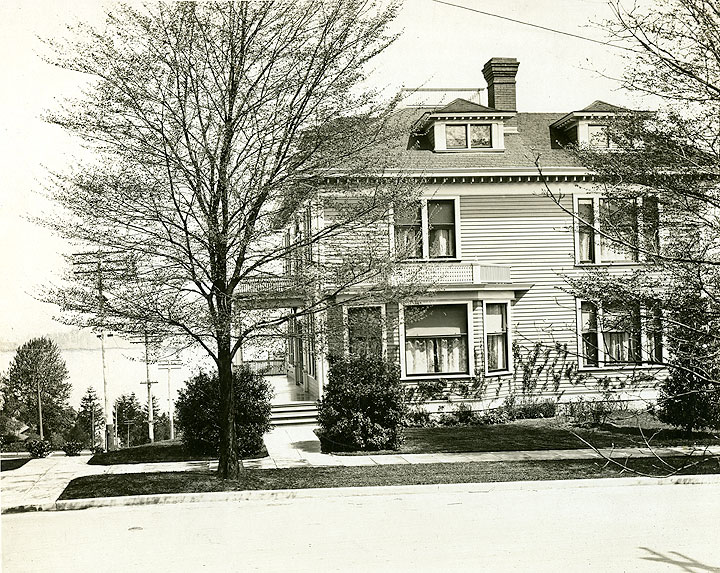 Charles Hebard Jones and his wife Franke Tobey Jones purchased the property in 1907 from Frederick Watson and soon began renovations on their new residence. They hired local architects Ambrose Russell and Everett Babcock to design alterations, which included an addition to the library on the first floor and the construction of a detached garage.

Jones and his brother-in-law Henry Hewitt arrived in Tacoma in 1887 to buy timber and to establish a mill. They soon met with Colonel Chauncey W. Griggs and the three men (along with Griggs’ partner Addison Foster) collaborated to establish one large company, the St. Paul & Tacoma Lumber Company.

Charles and Franke became actively involved in community affairs associating with numerous civic and social organizations. After Charles’ passing in 1922, Franke provided the College of Puget Sound a $200,000 gift for the construction of the first building at its new North End campus in honor of her husband—Jones Hall. The following year, Franke announced the donation of a five-acre building site near Point Defiance Park for a retirement home and provided an endowment for its operation. The facility was later named the Franke Tobey Jones Home in recognition of her generosity.

Upon Franke’s death in 1931, her sister, Harriet Tobey Stickney, a nephew and niece-in-law took over ownership of the house. Seven families followed from 1954-2019. Current owners Chris and Nici Amsden are committed to restoring the home to its prior luster.

The Colonial Revival, a two-and-a-half story residence with a daylight basement, stands on a stone foundation. The wood-frame house has a largely rectangular plan. Two brick chimneys with decorative corbeling project from the roof. The front door opens into a foyer, which is then the access point to the parlor, dining room, main stairwell, and a half bathroom under the stairs. The parlor is accessed through a wide opening and includes a large fireplace that has a wood mantel and is framed by tan square tiles. The dining room is to the north of the foyer and it, too, includes a fireplace. Yellow rectangle tiles frame the firebox and hearth. The butler’s pantry is to the east, and to the north is the kitchen. The library is located off the first-floor stairwell hallway. Large bay windows on the first floor provide spectacular views of Commencement Bay framed by the Olympic and Cascade mountains.