Item 7 of 16
This is a contributing entry for Stadium Historic District - Historic Homes Tour (2020) and only appears as part of that tour.Learn More.

Tacoma architect Ambrose Russell designed this large English Tudor, two-story home of 4,566 square feet for Robert and Marie Walker. Contractor Cornell Brothers completed the home in 1909 at a cost in excess of $7,000. Robert Walker was a real estate developer, who came to Tacoma in 1887. In 1922, after his wife's death, Wells sold the home to George and Grace Guyles. 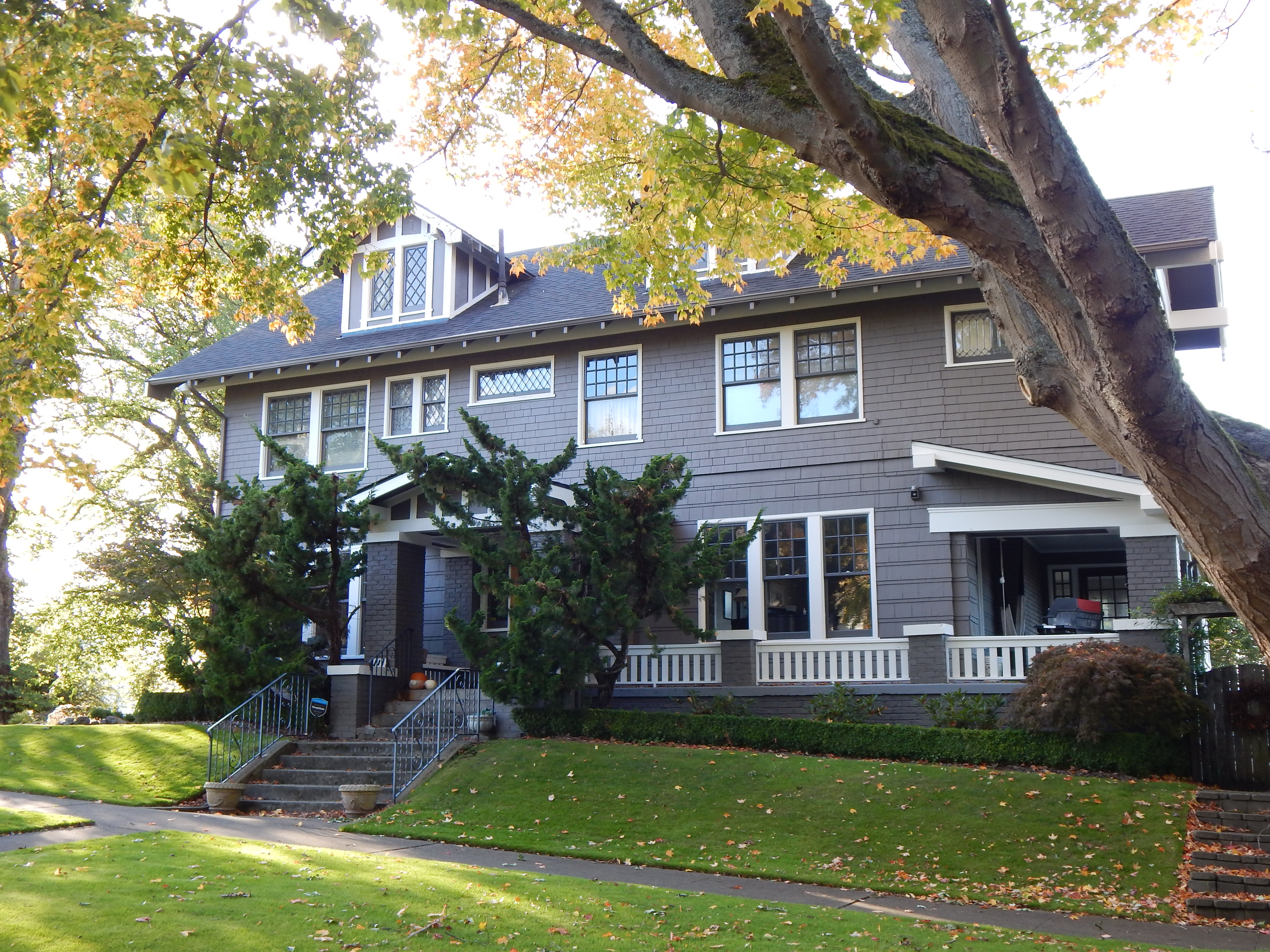 The home's first owner Robert Walker came to Tacoma in 1887 but went to Alaska during the gold rush and built a flat-bottomed boat to shoot the Yukon River rapids. He returned to Tacoma in 1900, resumed his real estate business, and married Marie Hellig in 1901. The Walkers sold the home in 1917 to Jane Wells, the independently wealthy wife of Bishop Lemuel Wells. A Civil War officer on General Grant's staff and later an Episcopal priest, Wells came to Tacoma in 1882. He was Rector of St. Luke's Church until 1889, when he established and became Rector of Trinity Church, now known as Christ Church. In 1892 he was consecrated bishop of the Spokane district and served as bishop until his retirement in 1913. He and Jane Wells, who married in 1914, relocated to Tacoma in 1915. Shortly thereafter, they purchased the home from the Walkers.

In 1922, after his wife's death, Wells sold the home to George and Grace Guyles, a Tacoma insurance man who had taken over his father's firm upon the latter's death in 1916. Coincidentally, it was Robert Walker, who had earlier built the house in 1909, who handled the sales transaction. Robert and Jean Loomis purchased the home in 1959 from the Guyles family. Current owners Andrew and Toni Loomis purchased the home in 1993 from Andrew's parents.

The home's large entry retains its original fixtures and tile floor and well as a mahogany rail stairway. The living room fireplace was redone with new bookcases in the early 1960s. A pleasant sunroom lies beyond the living room. The parlor to the left of the entry has its own fireplace. The elegant dining room has leaded-glass windows and cupboard doors, a plate rail, and an angled fireplace with the original green tiles. The dining room and stairway fixtures, not original to the home, are vintage replacements. The main floor's half bath is original but updated with period fixtures and decor. The kitchen is all-new and features an island with built-in range and a gas fireplace. The deck off the kitchen was added in 1978.