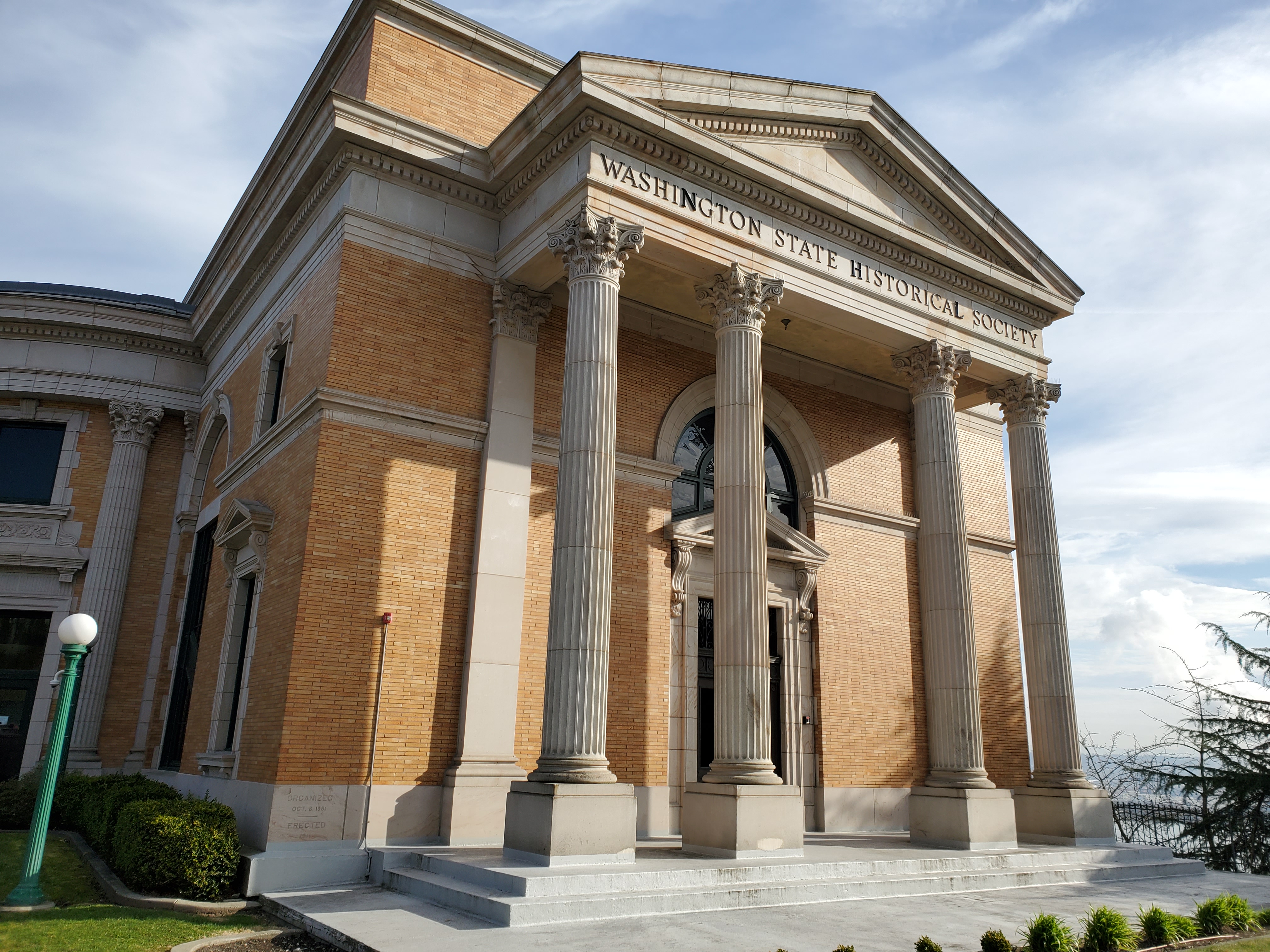 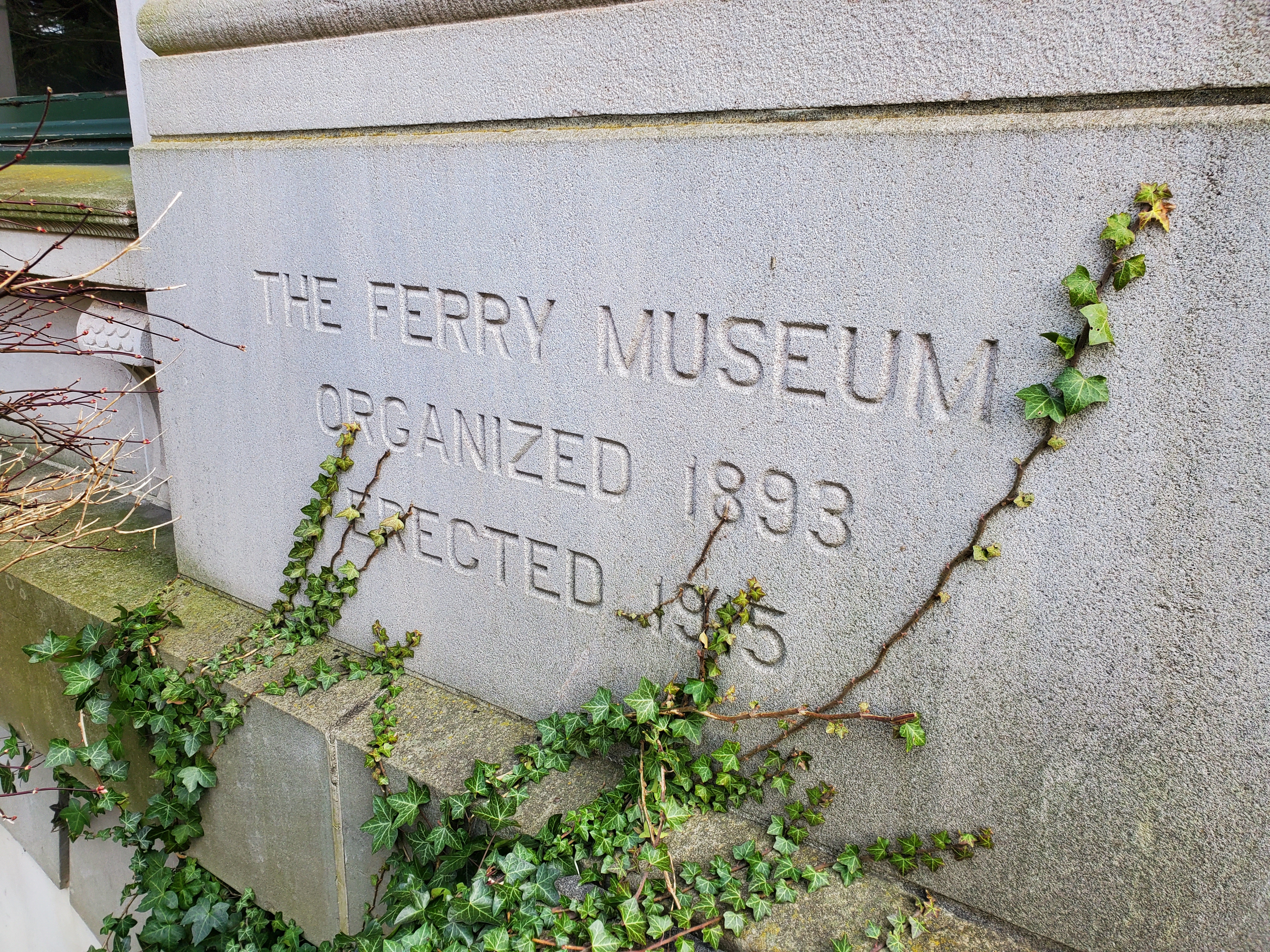 The following text is from a Research Center history prepared by the Washington State Historical Society.

History of the Research Center Building

The present day building which houses the Washington State History Research Center dates back to 1911, when the Washington State Historical Society shared space with another historical organization, the Ferry Museum. Before 1911, the Society had housed its collections and exhibits in both the Old City Hall (until 1907) and in the Pierce County Courthouse, in Tacoma, WA.

For a permanent home, the land on which the current building sits was purchased from the Tacoma School District, with the laying of the cornerstone on February 4, 1911. George W. Bullard and Co. served as the architects for the project. [1]

The design was on a grand scale and included Greek columns, porticos, fluting, and architectural molding adorning the façade. The building opened to the public on October 8, 1911. A view of the entire planned design dating from 1912 is shown, although only the far right portion of museum was constructed in 1911, with the hall to the immediate left added later in 1915, extending to the edge of the awning.

The first curator for the Society and the Ferry Museum, William Gilstrap (who also served as a Society Director from 1907-1914) described the finished structure as follows:

All the halls, staircases, etc. were planned on a large and imposing scale, commensurate with the size, character, and purposes of the structures; each and all are excellently well lighted by natural light and designed in harmony with each other. The exterior is designed in the later French Renaissance period of architecture, thus harmonizing with the imposing Stadium High School building. The building materials chosen for the exterior and which has been incorporated in the partially completed first unit of the Historical group are gray Tenino sandstone window and door trimmings, belt courses, and cornice of white Wilkeson sandstone.[2]

With the completion of the hall in 1915, this new four-story building was able to house the collections and activities of both the organizations until 1931, when the Society formally incorporated the Ferry Museum organization. However, the name "Ferry Museum" continued to be associated with the building for many years after.

In 1937, during the Depression era, the Society was awarded federal funding through the Public Works Administration which made it possible to add a fifth floor to the existing structure, along the lines of the original plans from 1912. Among the design additions was the placement of a pediment above the Greek columns at the front of the building, thereby completing the appearance of a classical Greek temple façade. Work on the 5th floor addition was completed in 1938.

It was also during the late 1930s that the perceived need for a library as an integral part of the facility began to gain a foothold in the consciousness of the administration. In 1939, W.L. McCormick, Former president of the Ferry Museum, wrote to Society president N.B. Coffman about the necessity of a library:

To make our Historical Society useful and available to the public for reference purposes will require the construction of a library annex and the employment of a librarian and then the collection and assembling of as many books of reference as possible.[3]

By 1941, the Hewitt Hall exhibit area had become transformed into the Hewitt Library, established to serve the research needs of the Society, students, and the public. Today, the library’s reading room offers access to the Society’s special collections by staff appointment, and includes access to over 16,000 book volumes, 600,000 photographs and negatives, 3,300 maps, and 1.5 million archives.

An expansion of the existing building was authorized in a bond issue in 1965, with the Society listed among those state agencies to receive funding for construction projects. The firm of Lea, Pearson and Richards was retained to draw new plans for this phase of expansion. The bond passed in 1966, and despite financial challenges to the project, a new wing was completed in 1973, five-stories high and made of reinforced concrete. This new addition was mostly hidden by the façade of the original structure, which was left intact. Six years later, additional design improvements had moved the entrance to the North side of the building, and enclosed the ground (now 1st) floor of the building, known thereafter as Cheney Hall.

The Stadium Way facility which housed the Society underwent one more major period of renovation, from late 1989 to July 1990, which included the upgrading of wiring, plumbing, heating, air conditioning, and for seismic activity. The firm of Merritt and Pardini was secured for this period of improvements to the spaces.

After eight decades of serving as the home of the Society, with the completion of a new Washington State History Museum in downtown Tacoma and public opening of this museum in 1996, the Stadium Way facility was redesignated as the Washington State History Research Center. The building continues to serve as the storage facility for the Society's permanent collections, as well as the research activities of Washington state history conducted by the agency and public. The most recent upgrade to the facility (completed in 2008) has been the addition of a cold storage room, for storing nitrate negatives and other special collections requiring a controlled cold climate storage environment.

[1] Architectural drawing for the Washington State Historical Society and the Ferry Museum Building, by George W. Bullard and Co., Architects, 1912

Open to the public, by appointment only