The Tacoma Land Co. began construction in 1890 of what was to be a grand Tourist Hotel. The architects were Hewitt & Hewitt. The work was well along when the Panic of 1893 and the ensuing depression put a permanent halt to construction. In 1898, a fire of unknown origin destroyed the wooden portions of the structure, leaving just the foundation and brick walls standing above ground level. In 1903 demolition of the structure, primarily to salvage the bricks, stopped when the school board decided to convert the unfinished Tourist Hotel into a high school. 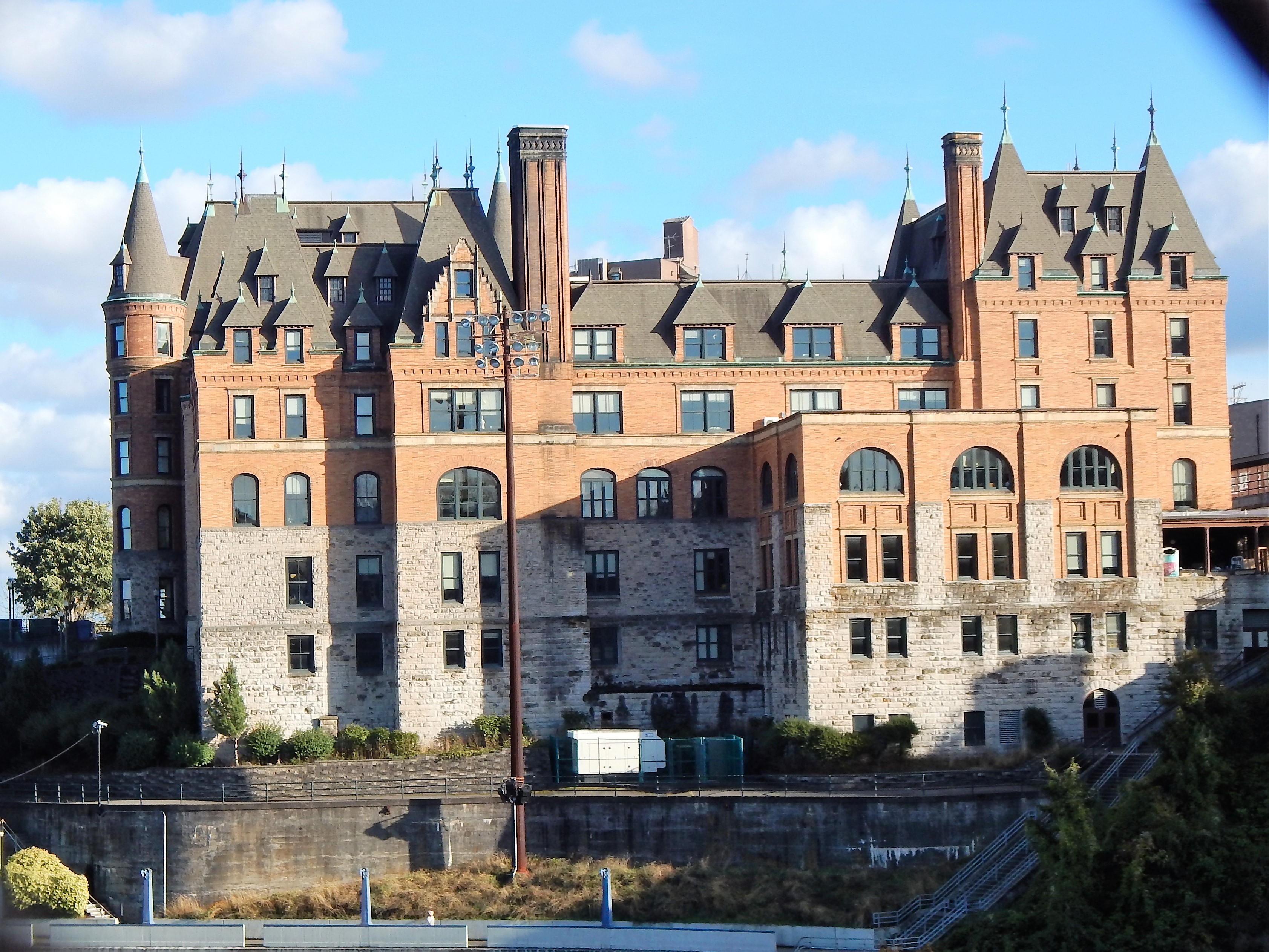 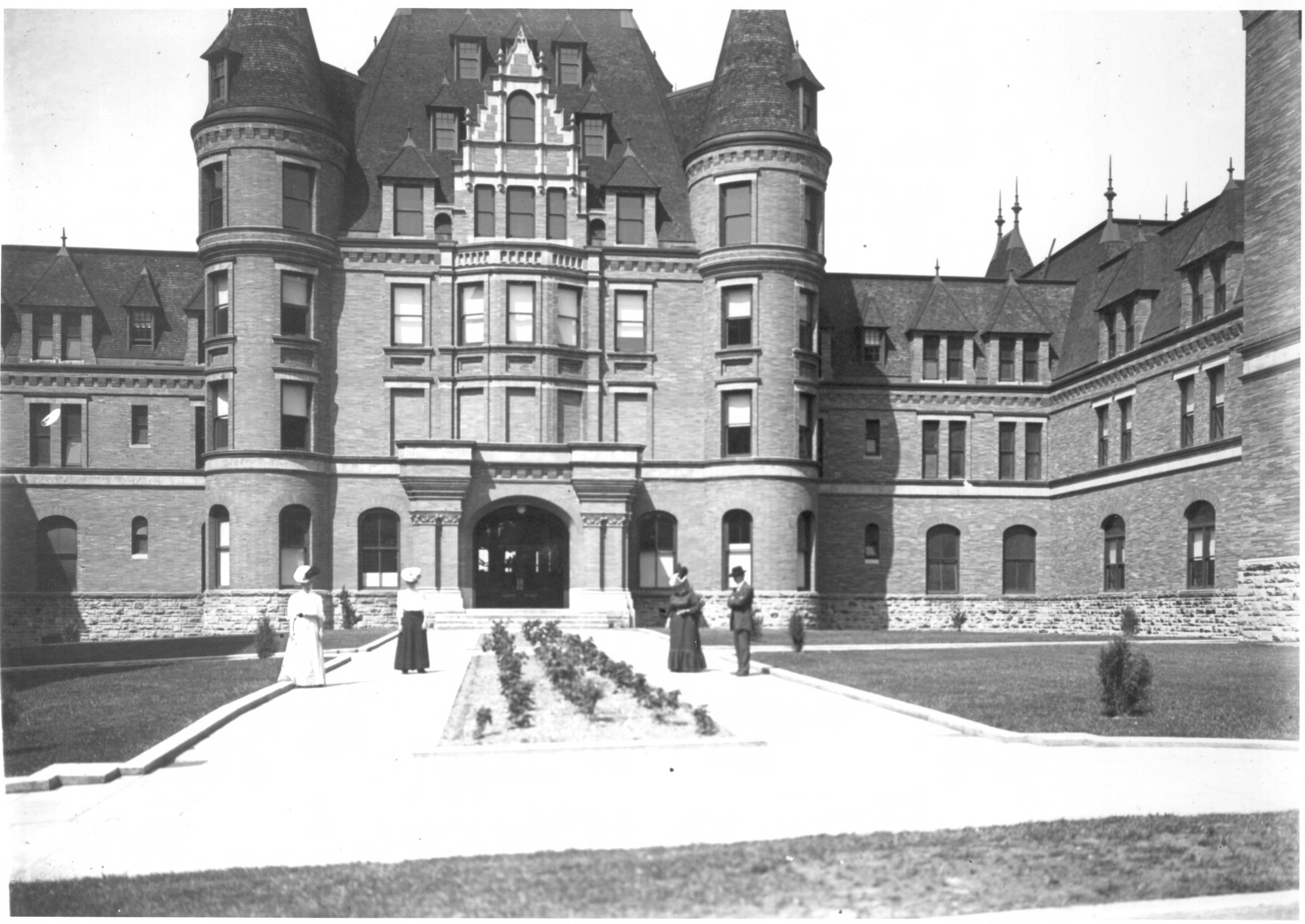 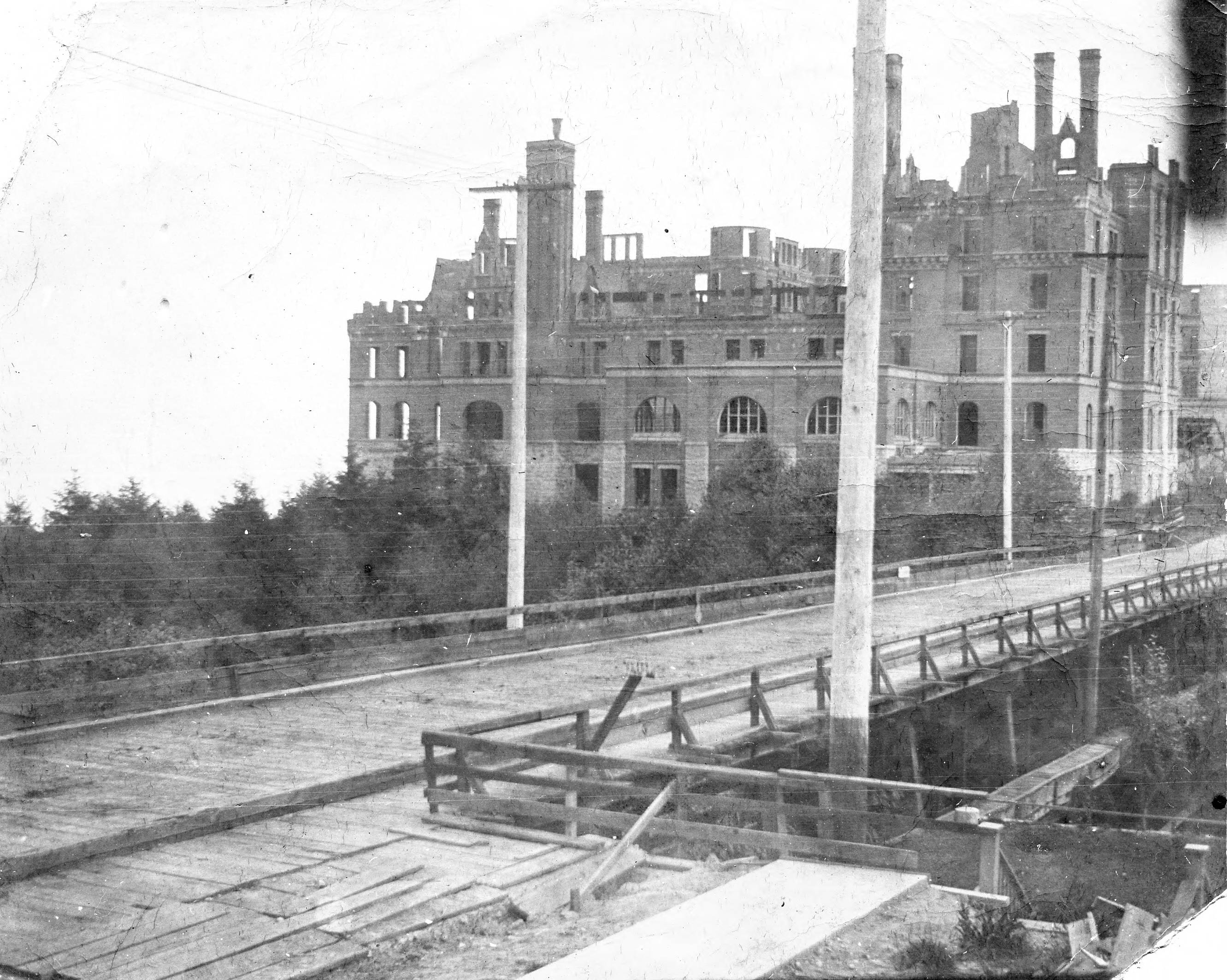 For the new high school, renowned Tacoma architect Frederick Heath designed a building in French-chateau style - a copy, it was said, of an old fortified manor near Tours, on the River Loire south of Paris. Construction contractor George Evans started the work in 1904; and the new Tacoma High School, as it was then known, opened on September 10, 1906. There were 878 students and 38 teachers. Heath also designed Stadium Bowl next to the new high school. When the Bowl opened in 1910, it had a capacity of 32,000. It served as the main venue for school athletics and major civic events. (During his Tacoma career, Heath also designed such landmarks as Lincoln High School, Central School, McKinley and Fern Hill elementary schools, the Pythian Temple, the Church of St. Patrick, First Lutheran Church, and the Rhodes and Fisher department stores on Broadway.)

Tacoma High School was renamed Stadium High School in 1913 when Lincoln High School opened. In 1918, Stadium gained an underground gymnasium, popularly referred to as " the dungeon". Renovated in 1960, this gymnasium was in use until 2004. A number of other structural changes were made to Stadium over the years, including the addition of an industrial arts and science building in the 1970s and a major renovation in 2005-2006.

An $88 million project designed by Krei Architecture, main contractor Skanska USA Building and project manager Turner Construction Company removed the entire interior and installed new girders and floors at every story of "the castle". The renovated Stadium features design elements appropriate to a registered historic landmark, such as new wood-framed windows. A new performing arts and physical education building replaced "the dungeon". After being closed for the duration of the two-year project, Stadium reopened in September 2006, just in time to serve as the grand centerpiece of a huge centennial celebration. The new Stadium High School, one of the most architecturally notable schools in the entire country, has four floors, three basements, and four attic levels. The building has an amazing total of 575 windows and floor space of 196,642 square feet in all.