Item 15 of 16
This is a contributing entry for Stadium Historic District - Historic Homes Tour (2020) and only appears as part of that tour.Learn More.

Welcome to the Manning Home.

This Queen Anne Victorian mansion, with sweeping views of Commencement Bay and the Olympic and Cascade Mountains, was designed and built in 1889 for Lucius R. Manning by renowned state architect and icon of early Tacoma, John G. Proctor. The Manning home, now known as the Chinaberry Hill Inn, became renowned for its innovative gardens and landscaped terraces designed by Edward Otto Schwagerl, who also landscaped nearby Wright Park and Point Defiance Park. 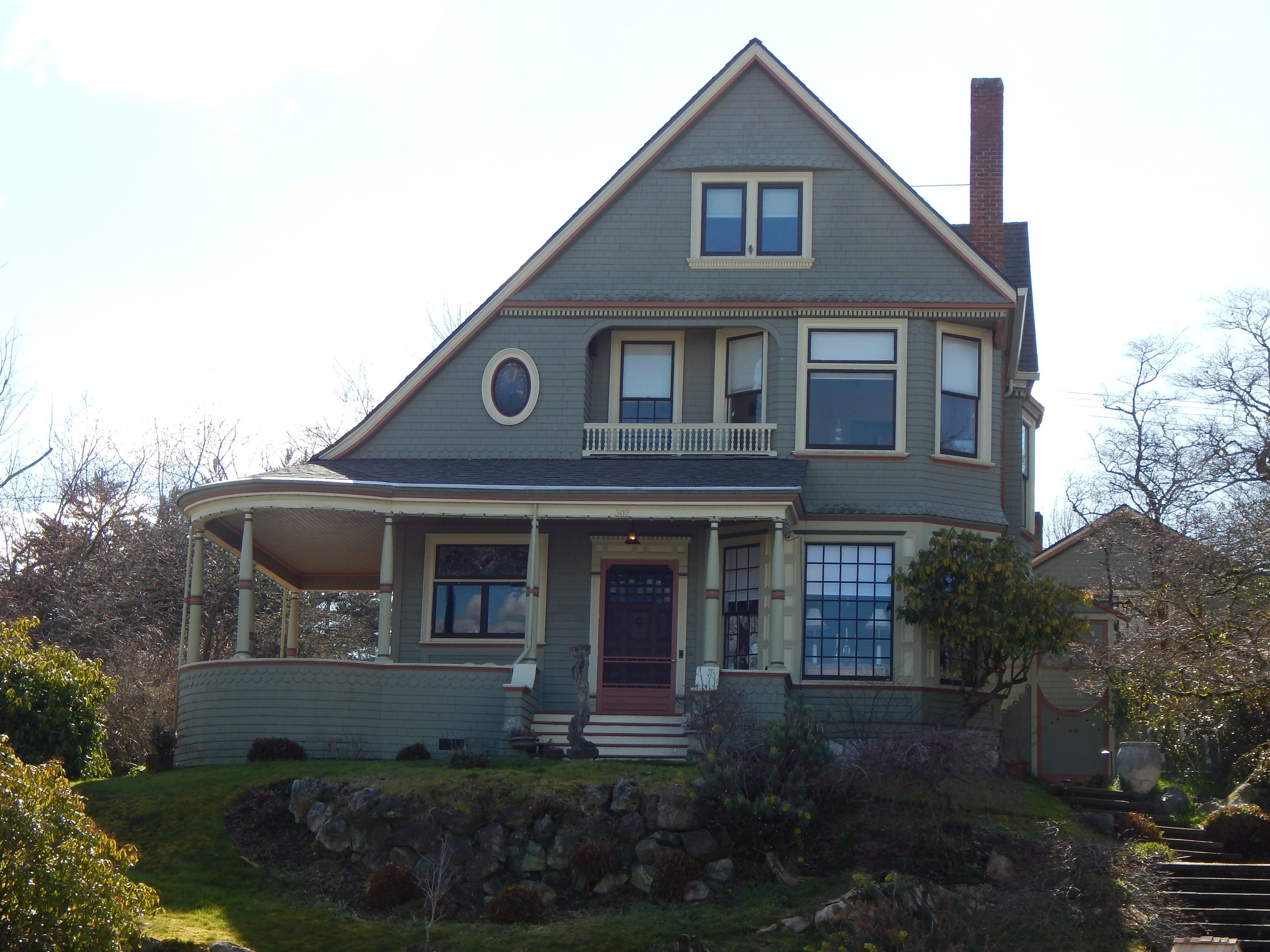 Lucius Manning came to the city from Oswego, New York, organized the Pacific National Bank, established a real estate and mortgage company and played a role in securing the right-of-way for the Chicago and Milwaukee railway when its lines reached Tacoma. Manning was a charter member of the Union Club.

The Manning home, now known as the Chinaberry Hill Inn, became renowned for its innovative gardens and landscaped terraces designed by Edward Otto Schwagerl, who also landscaped nearby Wright Park and Point Defiance Park. Of particular note is his uniquely engineered retaining wall described in the Tacoma Ledger, as being of “peculiar beauty and great strength. It is nature reproduced, being rugged and cliff like.” The Eastlake style mansion was the scene of many fashionable social gatherings and newspaper reports of the times lavished praise on the blooming vines and brilliant flowers, the multitude of roses and the abundance of exotic greenery not known to Tacomans of the period. The much-talked-about gardens of the Manning home set a new landscaping standard for homeowners of the neighborhood to emulate.

Winding stone steps lead past lush mature plantings to the mansion’s entrance. A wrap around porch stretches the length of the northern and eastern façades, offering commanding water views. The impressive formal entry features ornate original oak woodwork, a grand staircase and massive pocket doors leading to the formal living and sitting rooms. The formal living room has a fireplace and bay windows with water views. The formal dining room features a ceiling height leaded glass oak hutch and opens directly to the sitting room, which has another bay window and fireplace. Through the sitting room is a large eat-in kitchen with access to the rear yard. On the second floor are three bedrooms, one with its own fireplace. The current residents have living spaces on the third floor. (Detailed description from OldHouses.com)

Inside the 1889 home, extensive collection of Tacoma memorabilia, historical photographs, Victorian arts and crafts, and antique furnishings evocatively capture the spirit of the city at its turn-of-the-century heyday. The home’s original woodwork, lighting fixtures featuring Steuben glass and innovative intercom system are not to be missed. The adjacent carriage house was beautifully restored as a living space. The tranquil grounds feature spacious side yards and old growth trees and shrubbery.

Much of the restoration and repurposing of the mansion, now known as Chinaberry Hill Inn, was accomplished by prior owner Larry Williams. Current owners Beverly Howe and Andy Rush have carried on that rich and enduring tradition. The Inn is on the National Register of Historic Places and has been featured in Sunset Magazine, Travel and Leisure, Northwest Best Places, and Seattle Magazine.