Welcome to the Branscheid Home.

William and Hattie Branscheid built this five-bedroom, 4,824-square-foot, Queen Anne-style home in 1889 at a cost of $6,000. The architecture firm which designed it was Proctor & Dennis; the contractor was William L. Barker. The Branscheids relocated to San Francisco in 1900. They sold the home to Edward and Belle Shields in 1910. 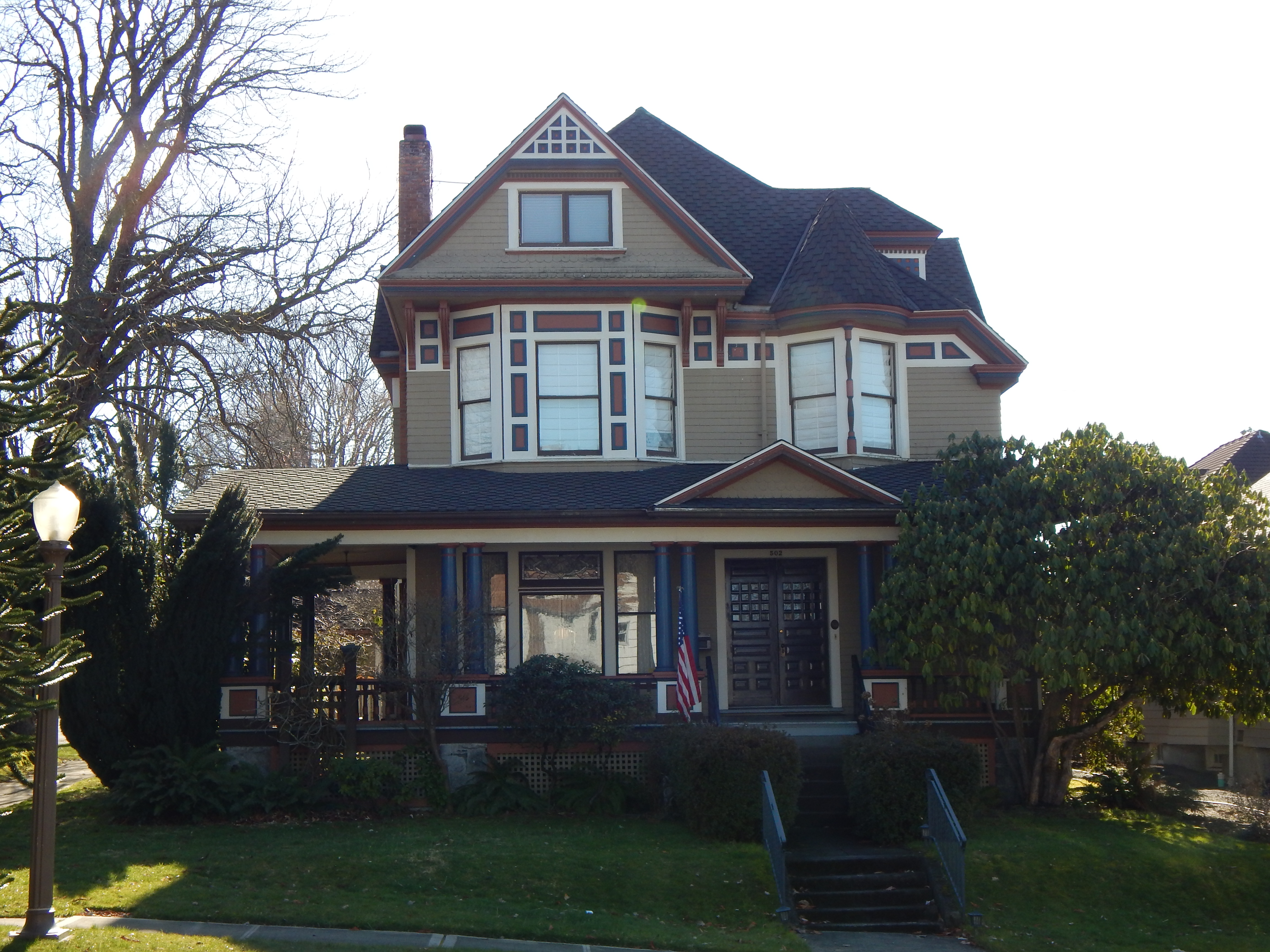 John G. Proctor, for whom Tacoma's Proctor District is named and his partner, Oliver Dennis, designed the original Pierce County Court House (demolished in 1959) and the Bostwick Hotel. Proctor designed Victorian homes at 920 and 910 South Proctor for himself and Dennis. William Branscheid was the owner of the Tacoma Stove Co., located on Pacific Avenue.

The Branscheids relocated to San Francisco in 1900 and they sold the home to Edward and Belle Shields in 1910. Shields was the vice president and general manager of the Northern Coast Timber Company and the Pacific States Lumber Company. The home was sold in 1918 to Henry and Katherine Walker. Walker was the manager of the Tacoma Smelting Co. in Ruston. He later became national president of ASARCO (American Smelting & Refining Co.). Henry and Emily Walker (no relation) owned the home in the early 1930s. Emily Walker became a widely respected columnist for The News Tribune, beginning in the late 1940s as the newspaper's Washington, D.C., correspondent and, after returning to Tacoma in 1976, carrying on as a local columnist until 1990.

Wayne and Diane Swanson purchased the home in 1984. Swanson was well known as a teacher of stained glass and ceramics at both Lincoln and Stadium high schools and as a restorer of historic homes. During the decade he owned the home, he added many stained-glass windows.

Typical of the Queen Anne style is the full-width, wrap-around veranda that graces the home. The spacious entry retains its original double doors. The entry, living room, and dining room feature oak floors and ornate woodwork with medallions characteristic of the period. Leaded-glass bookcases (a late addition) now flank the wide fireplace in the living room. The bow window in the living room is matched by one across the home in the dining room. The light fixture in the dining room is original. The dining room table and chairs date from 1915. The c.1900 walnut buffet and china cabinet were made by Berkey and Gay. The kitchen has been updated. Current owners Peter and Johnette Maehren, who purchased the home in 1994, renovated the family room which was an addition to the original floor plan, installing period windows and woodwork.

The main stairway features a curved wall and an ornate railing with turned finials. The master bedroom has a sitting area and a master bath where a nursery or closet once was. The brass light is original. The bedroom to the right of the main stairway has an angled entry.

This private home is not open to the public.