The Attenborough Arts Center is a very special place on the on the campus. Not known specifically as an arts university, it is a good space for for student expression beyond their subject. Furthermore, it is a good amalgamation of involvement between members of the public and university students of varying backgrounds and skill. 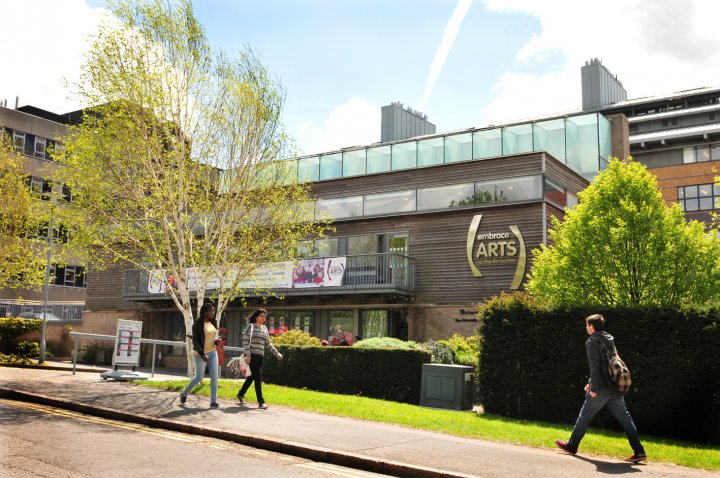 Photograph of F. L. Attenborough's sons David and Richard (Sir David and Lord Attenborough) at the launch of the of the Arts and Disability Centre 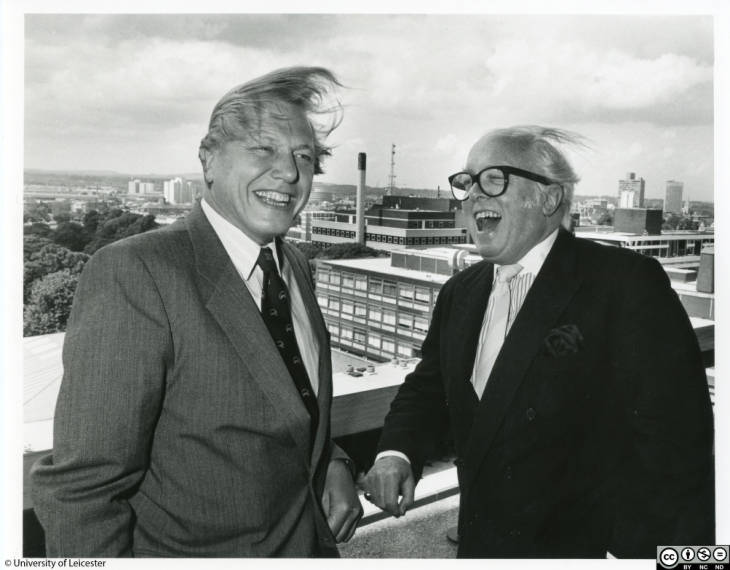 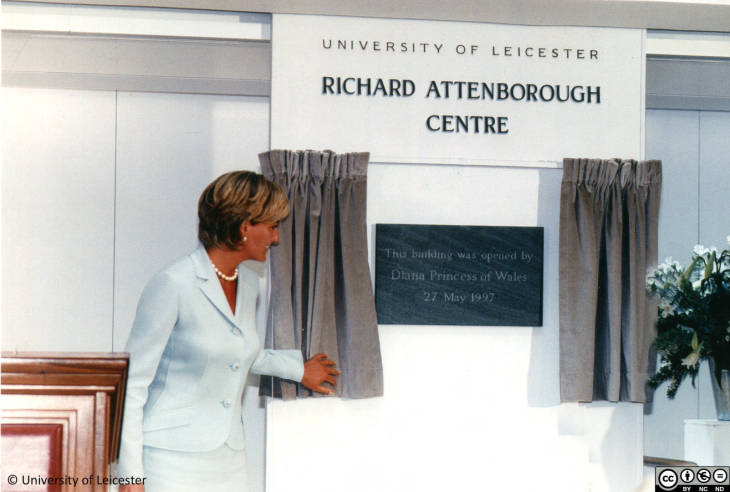 Completed here on Lancaster Road in 1996, The concept of the Attenborough Arts centre was conceived by the late Lord Richard Attenborough. The site embodies Attenborough’s vision to include everyone in art, regardless of abilities and background. The building offers a visual and performing arts centre, with workshops and studios which hosts a variety of activities for students and members of the public.The original building was composed using load bearing brickwork, with a structural glass atrium, timber cladding and pale-grey metal window frames. Designed to create a well-lit interior space, the building was described as ‘discrete and politely modern’ when shortlisted for the 1998 Stirling Prize. The interior is awash with natural light, which creates an inspiring and contemplative atmosphere. The building was officially opened in 1997 by Diana, Princess of Wales and was named the RIBA’s ‘Building of the Year’ for the Education and Health sectors. In 2016, the centre was increased in size with a £1.5 million extension, creating the ‘New Galley Wing’ which incorporates the addition of three exhibition spaces, a creative space and an outdoor sculpture court. It was officially opened in January 2016 by Sir David Attenborough.

Lyons. A, 2017. 'The Attenborough Arts Center'. From 'The Architecture of the Universities of Leicester'. Anchor Print Group Ltd.

University of Leicester, 2020. 'The Attenborough Arts Center. Available at: https://www2.le.ac.uk/hosted/attenborougharts

Created by University of Leicester: Archives and Special Collections on September 9th 2020, 10:42:32 am.