Constructed and designed in 1970, the Attenborough Building (named after one of the universities eponymous founding families) is one of the most widely known buildings on the campus. This is in part due to to it's extensive complex of lecture theatres and seminar rooms which are used by all colleges at the university. 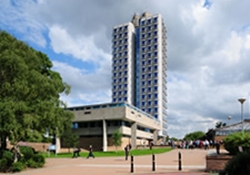 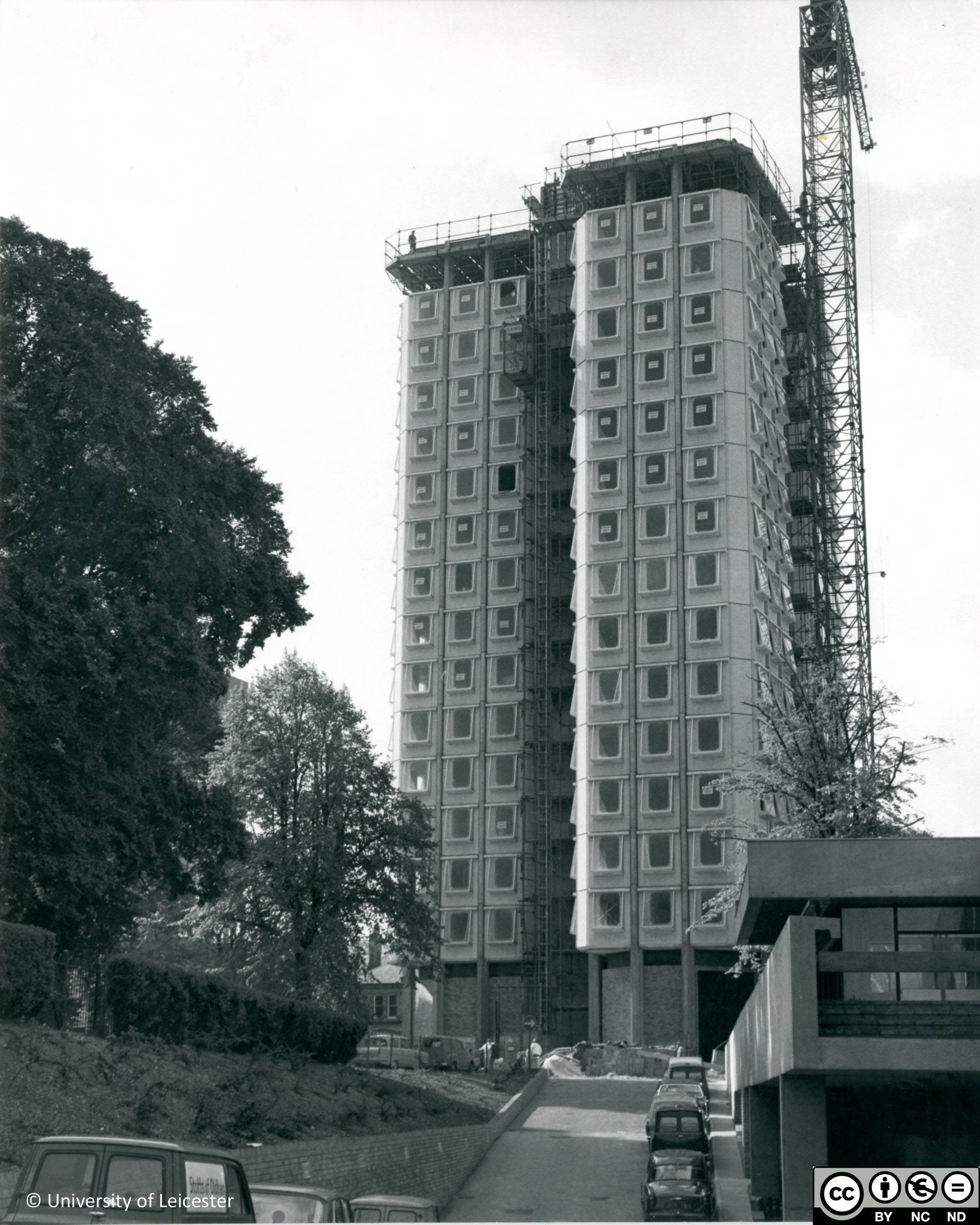 The Attenborough building was designed and constructed in 1970 by the architect Sir Philip Dowson of Arrup associates in conjunction with John Laing Construction Ltd. Originally the site of the former nurse’s hostel, the tower's original purpose was as the Arts and Social Sciences tower, in the form of three towers to give an impression of visual slenderness. The 48m, eighteen story building functions as rooms for tutorials and staff meetings. The high-rise building contains a variety of teaching spaces, including two lecture theatres and a film theatre and is attached to a four-storey seminar building which is partially below ground level. The underground lecture theatres form a raised brick-paved piazza to the front entrance of the building leading towards the library. The base of the tower in yellow buff brick reflects the construction of earlier campus buildings. The building has been nicknamed ‘the cheese grater’ because of its characteristic appearance, with the outward slanting windows for the purpose of ventilation. The building is named after Mr. F.L. Attenborough, Principal of the University Collage from 1931- 1951. The building was opened by his youngest son, John in 1970, the same day that Richard and David Attenborough received honorary degrees from the university. The building received a Civic Trust Commendation in 1972 and now houses part of the Colleges of Social Sciences, Arts and Humanities. The tone of the building is enhanced by the art installation ‘Eye of Time’, produced by Allan Mills in 2007, which can be seen just outside the building.

Lyons. A, 2017. 'The Attenborough Tower'. From 'The Architecture of the Universities of Leicester'. Anchor Print Group Ltd.

Created by University of Leicester: Archives and Special Collections on September 8th 2020, 12:54:58 pm.