The Arch of Remberance

The prize of Victoria Park beside the university, the Arch of Remembrance commemorates those who lost their lives in the First World War. It has since become a memorial to all who have lost their lives in conflicts since. It is intimately linked to the founding of the University. 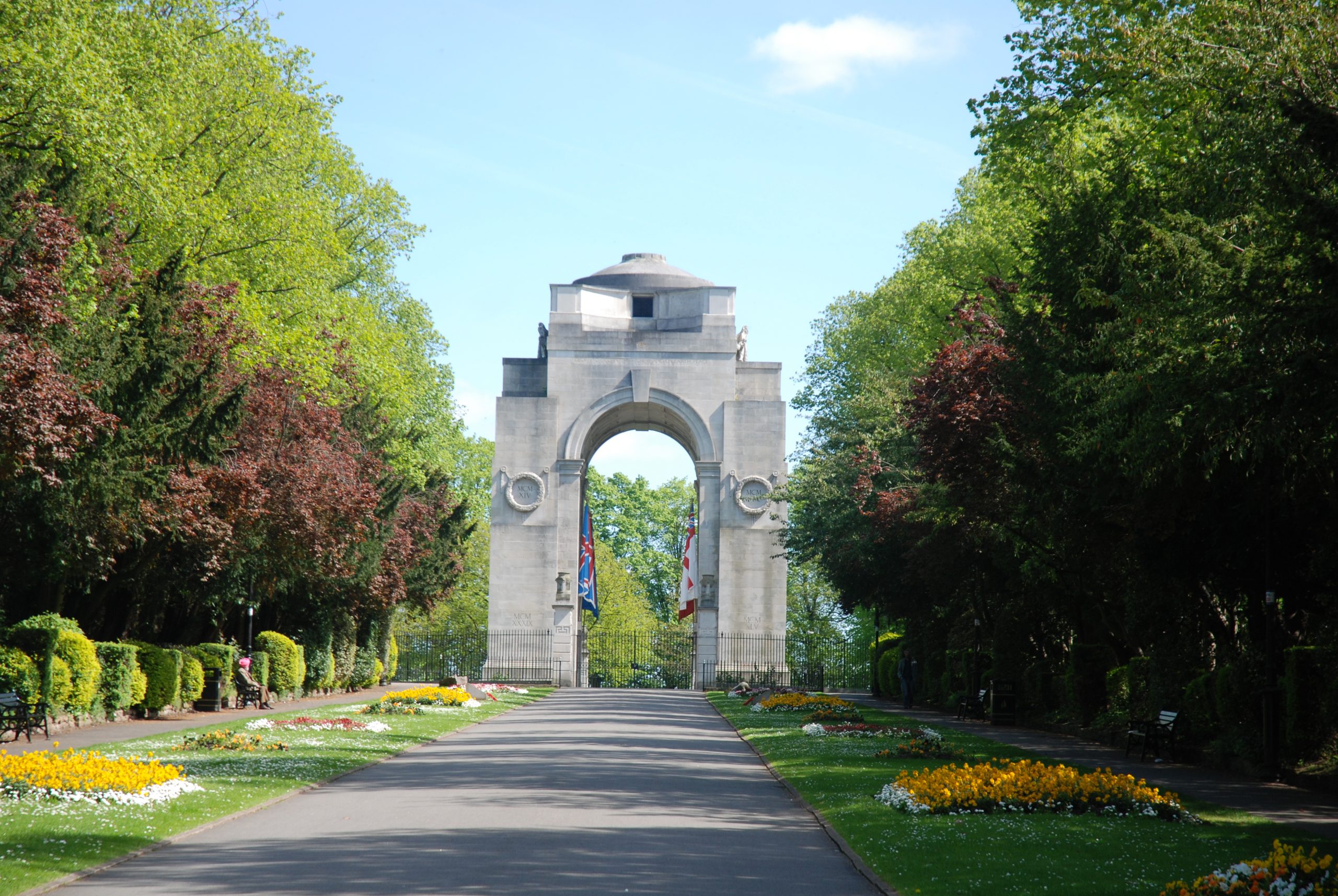 An Armistice day Celebration during the interwar period 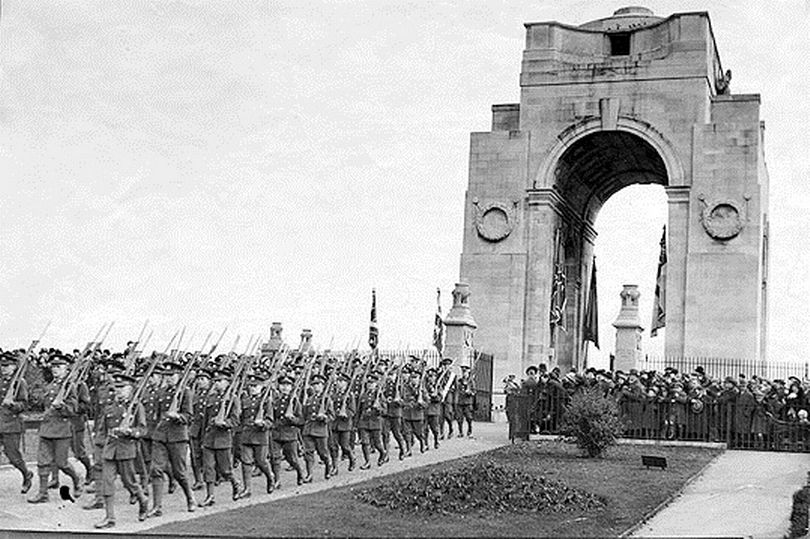 This monument is of specific importance to the university, since it is a symbol of the very reason the university was founded and embodies the University motto ‘Ut Vitam Habeant’ - So that they may have life. The Arch of Remembrance is a First World War memorial designed by Sir Edwin Lutyens located here on Victoria Park. The memorial is a single Portland stone arch with four legs. The legs form four arched openings, oriented north-west to south-east. The top of the structure is a large dome. The main arches are aligned so the sun shines through them at sunrise on 11 November (Armistice Day). The inside of the arch has a decorative coffered ceiling and the legs support painted stone flags which represent each of the British Armed Forces and the Merchant Navy. The arch is surrounded by decorative iron railings, supplemented by the later addition of a set of gates at the University Road entrance to the park and a pair of gates and lodges at the London Road entrance.The memorial was unveiled on 4 July 1925 by two local widows in front of a large crowd, who were commemorating the five Territorial Force units that were based in Leicester, along with the Leicestershire Regiment. The special reserve battalion of the Leicestershire Regiment was sent to man coastal defences near Hull, while all five territorial units were sent to the front. Shortly before it's unveiling, Leicester Collage was founded to act as a living monument for those who had died, life after death. The university and the arch took on an even more significant meaning after the Second World War, during which many of the students and staff were drafted to fight and die for their country.

Created by University of Leicester: Archives and Special Collections on September 9th 2020, 11:11:12 am.