The Grade II listed Fielding Johnson Building forms the main administrative hub of the University of Leicester. It was built in 1837 to designs by architect William Parsons as the Leicestershire Lunatic Asylum. During World War I the site was occupied by the Fifth Northern General Hospital, providing care for nearly 75,000 wounded soldiers. From 1921 the building housed Leicester, Leicestershire and Rutland College, predecessor to the University of Leicester. 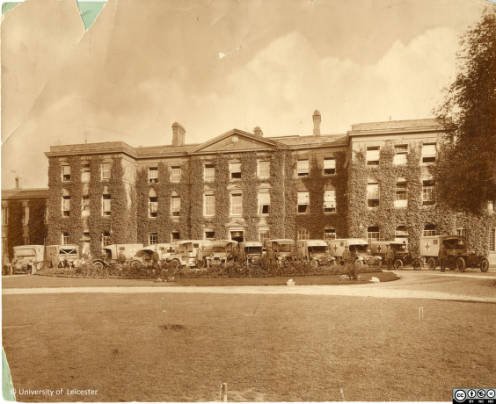 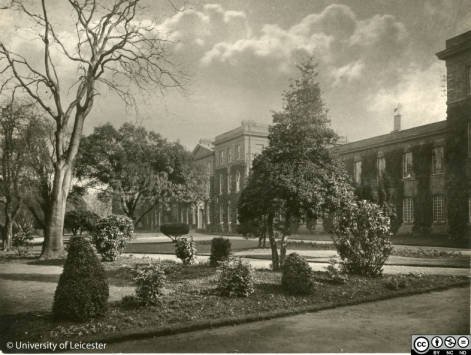 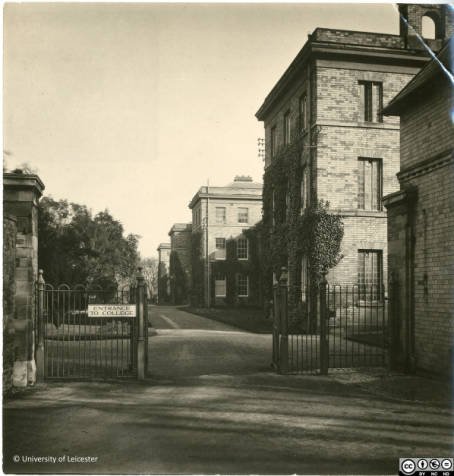 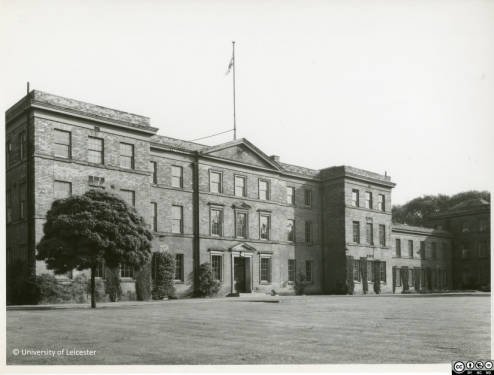 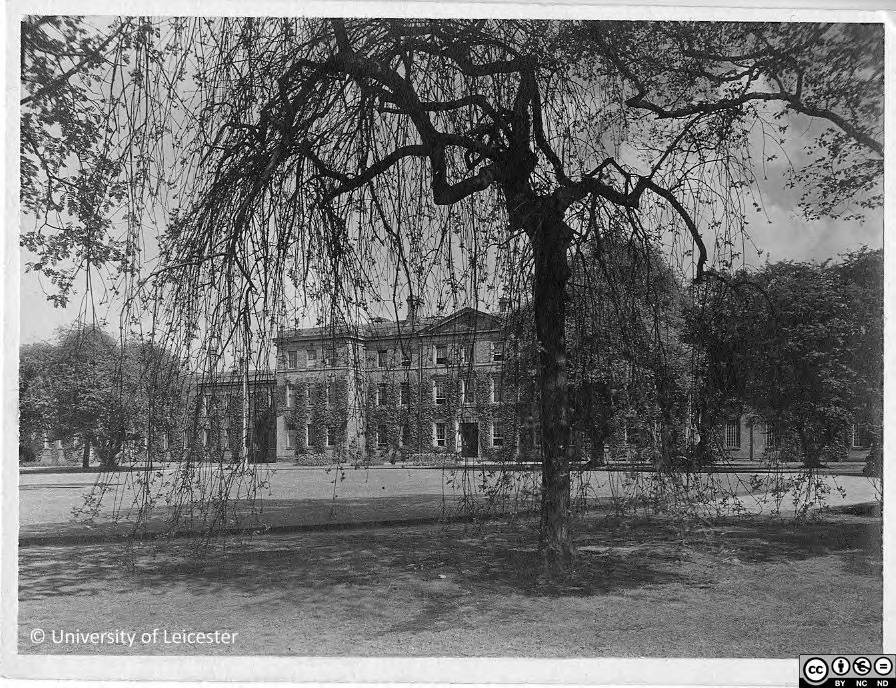 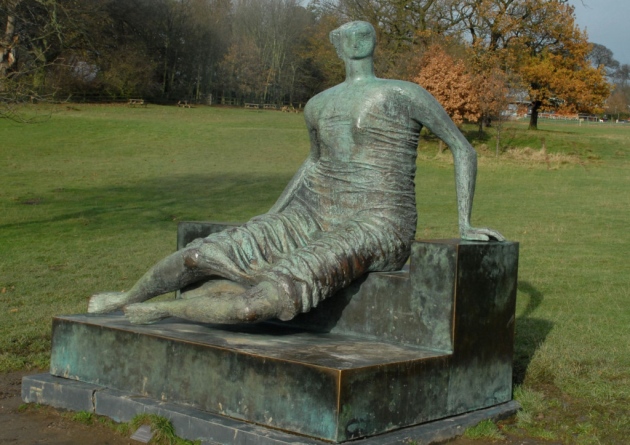 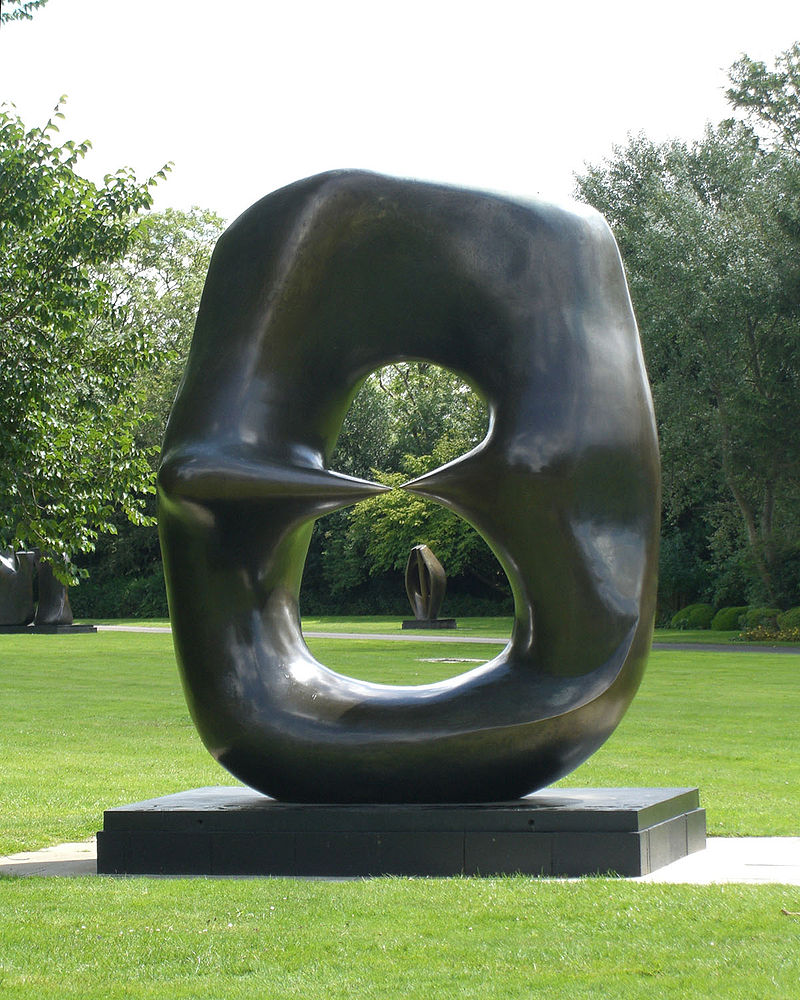 The Leicestershire Lunatic Asylum (later Leicestershire and Rutland Lunatic Asylum) was one of the first to be built under the Counties Asylum Act (1808). "Lunatic" was the term most commonly used in the 19th century and before to describe people suffering from mental illness. The building was constructed of white Mountsorrel bricks and Bangor slates in a late Georgian provincial style. The asylum opened in 1837 with 104 inmates, with separate accommodation for paupers dependent on public welfare and those supported by private means. Inmates were given a variety of work to do as part of there treatment, including farming, shoemaking for men and needlework for women. As the asylum grew, additional buildings were added including redbrick wings behind each side of the main block in 1842 and 1848-49. A separate house for the medical superintendent was added in 1872 (now College House). By the turn of the twentieth century, conditions for the asylum's inmates had deteriorated and new premises were constructed at Carlton Hayes, Narborough. The last inmates left in 1908, leaving the premises empty.

The following year, the Leicestershire and Rutland Territorial Association began to make plans to convert the former asylum building into a large 'Base Hospital' in the event of war. These plans were rapidly implemented when war broke out in August 1914 and the buildings, which had fallen into disrepair, were rapidly adapted to receive the first wounded soldiers on 1 September. For the remainder of the war and into 1919 convoys of wounded were transported from the frontline and received at the hospital for medical care. The original 520 beds soon proved inadequate and over the next two years further buildings were erected to accommodate and additional 1045 patients. The Hospital was staffed by a small staff of administrative personnel and much larger numbers of medical and nursing staff, under the direction of the administrator Colonel Louis K. Harris. A number of prominent local medics also served on the staff, including C. J. Bond, R. Wallace Henry, and Astley Vavasour Clarke. Many of the nursing staff received decorations and mentions in dispatches during the war, including the Principal Matron, Miss C. E. Vincent (Royal Red Cross 1st Class). During the conflict, 74,652 patients are record as having been treated by the hospital, with nearly 8,000 operations carried out. The majority of patients were discharged and returned to active duty, while many others were discharged as unfit or transferred to other hospitals. Just 514 died whilst at the hospital, many of whom were buried across the road in Welford Road Cemetery.

By 1917 discussions were taking place across the country about commemorating those killed in the war. A temporary memorial was unveiled in Leicester's Town Hall Square on 28 June, and in November The Leicester Daily Post published an editorial arguing that ‘good art’, alone, was insufficient. ‘Something more is required; something of practical utility, yet ministering to the highest which is in us’. This was the first public suggestion that Leicester and Leicestershire's war memorial should be a University College, forerunner to a University. The old county asylum building and grounds were identified as an ideal location. In 1919 the site was bought by Thomas Fielding Johnson, a 91 year old worsted manufacturer, to accommodate the proposed University College and Wyggeston boys and girls schools. The proposals gathered pace in the immediate post-war period, until Leicester, Leicestershire and Rutland College opened in 1921 with a small group of no more than 15 students and 4 teaching staff, led by the Acting Principal Revd R. F. Rattray.

From 1919, modifications continued. The major quadrangle was closed off and minor buildings where subsequently demolished to make room for the Engineering Building and the library. Various other sections of the complex where converted. The medical superintendent room became College House. The World War I nurses home was used a women’s hostel and then as an Arts and Social Sciences centre until its demolition once the Attenborough building had been opened. Since 1970, the lawn in front of the fielding Johnson Building has hosted a plethora of major sculptures. Initially, Henry Moor gifted his ‘Draped Seated Woman’, followed by ‘Oval With Points’. However, these where recalled after his unfortunate passing, to be replaced in 1990 with the seminal piece ‘Souls’ by Helaine Blumenfield. Additionally, the western courtyard has ‘Triangulated Form’ by Robert Adams. The complex is now part of the College of Social Sciences, Arts & Humanities and the University Professional Services. It includes the offices of the President and Vice-Chancellor, as well as the council chamber of the university. The original façade of the building is a Grade II listed building.