2010 photo of the Jacob Hoffstetter House in Ann Arbor 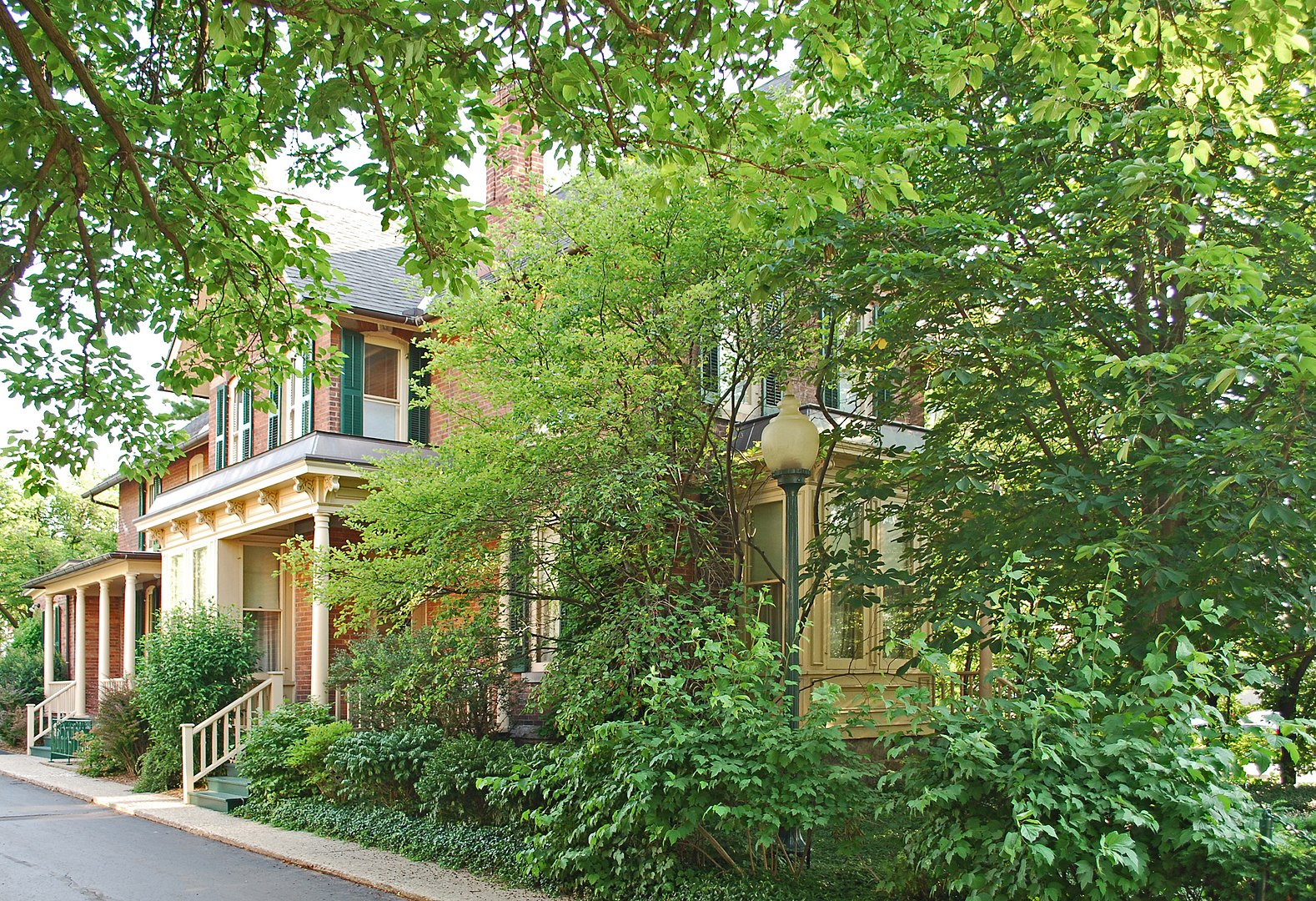 From the Ann Arbor Democrat, July 6, 1882. Jacob Hoffstetter worked and lived in a German enclave on Ann Arbor's West Side. His store and tavern advertised its German-style Pilsner beer. 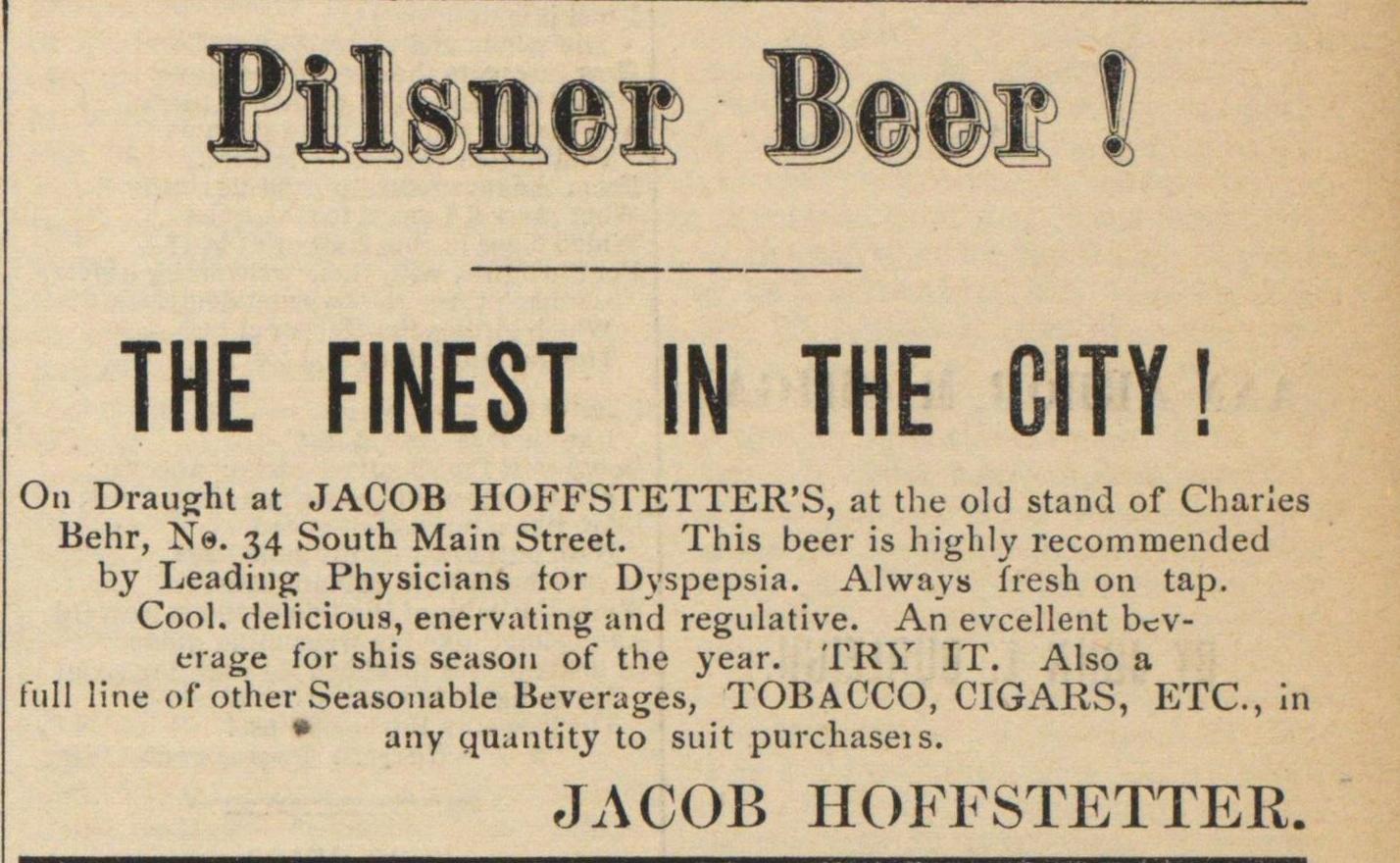 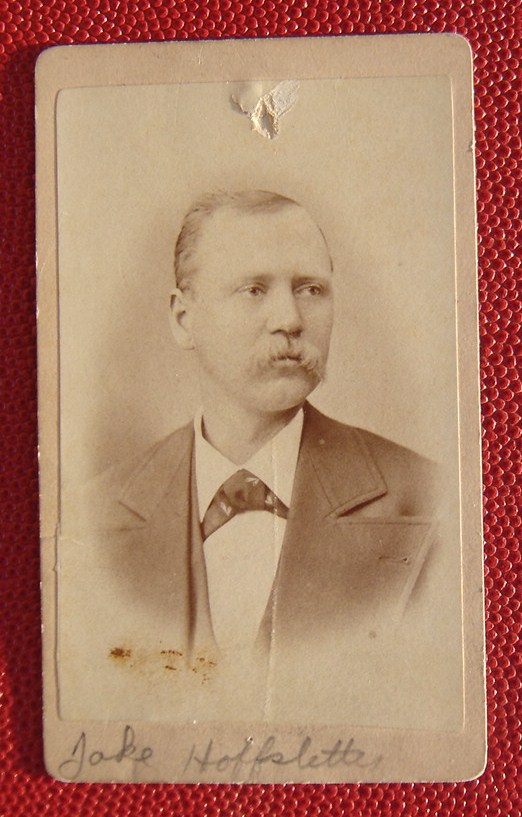 German Immigrant, Jacob Hoffstetter, built the historic house for him and his family in 1854. The house served as a symbol of Hoffstetter's success in turning his small grocery store and tavern into a financial success. The home also stands as a monument to the abundance of German immigrants who moved to Ann Arbor during the nineteenth century.

Hoffstetter settled in Ann Arbor from Germany as a five-year-old child with his parents, Christian and Mary Hoffstetter. The family came to Ann Arbor from Germany, as did countless other German immigrants during the heart of the nineteenth century. As a group, they profoundly impacted Ann Arbor's development during the mid-nineteenth century. Indeed, by 1880, German immigrants made up one-third of the entire Ann Arbor population, most of whom lived in a German enclave located on the city's west side. Jacob Hoffstetter remained in Ann Arbor throughout his life. In 1872, he founded a grocery store and saloon, which grew into a healthy business and financially rewarding endeavor.

The store operated on Main Street, a shopping district dominated by, and serving many, German immigrants. Hoffstetter's business success coincided with an explosion of German influence on the city's west side. One could find churches, schools, parks, and a wealth of clubs serving Germans. Hoffstetter, his wife, and two sons lived above the store until the mid-1880s. Their success allowed the family to sell the store in 1887 and build the now-historic residence. Similar to other Ann Arbor residents, the Hoffsetter family rented portions of their house to borders, mainly associated with the University of Michigan. Most notably, they rented part of the home for six years (1888 - 1894) to the men of Alpha Tau Omega fraternity; the fraternity remains an active chapter at the University of Michigan. In 1895, Hoffstetter died at the young age of forty-six.

Though Hoffstetter didn't rank among the wealthiest Germans to inhabit Ann Arbor, the home serves as a testament to the success he, and many other Germans, enjoyed in Ann Arbor. The house also enjoys a history tied to the University of Michigan, a significant aspect of the city's broader historical narrative.