2010 Photo of the Weinmann Block in Ann Arbor, with the Blue Nile restaurant serving as its most prominent occupant. 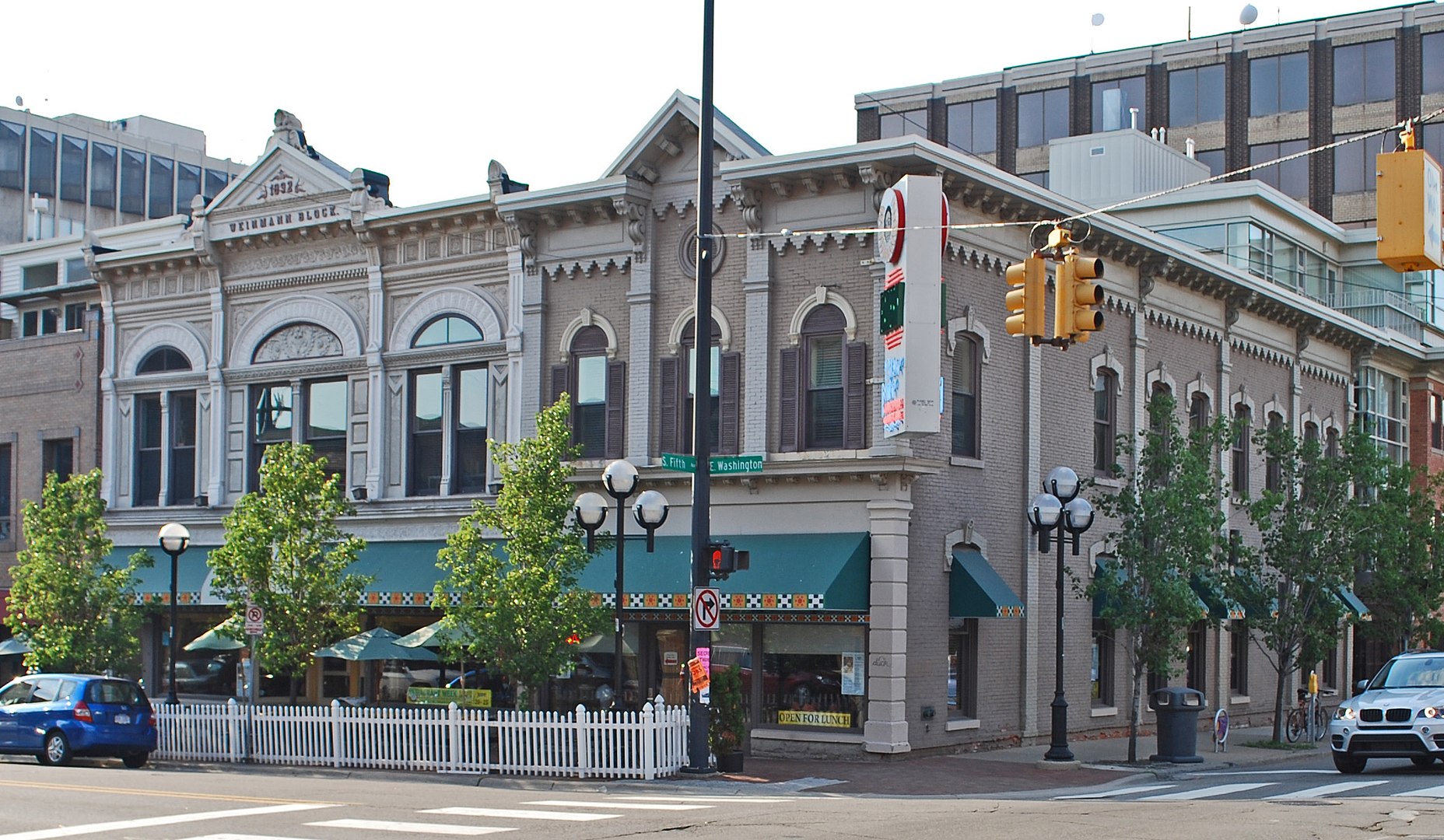 1893 Photo of the Weinmann Block in Ann Arbor 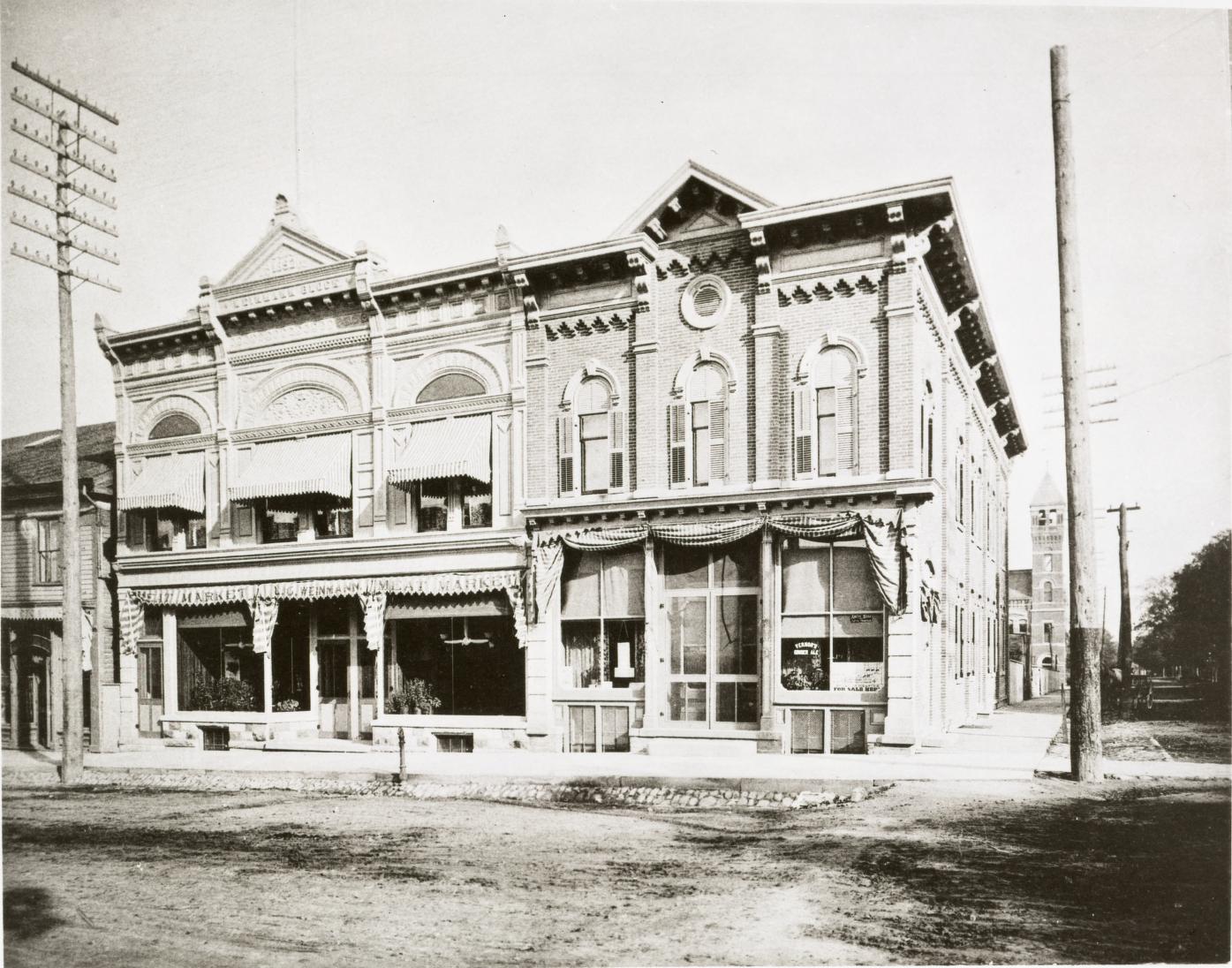 The Weinmann Block (1885 and 1891) is a commercial block building named for John M. Weinmann, a German immigrant who moved to Ann Arbor in the mid-nineteenth century and opened a highly successful butcher shop. Weinmann occupied what now constitutes the eastern half of the building before his son and nephew took over the business and constructed the western half of the building.

John M. Weinmann was born in Germany in 1836 and immigrated to Ann Arbor while still a young man. In 1863, he married Dorothea Stein and set up a butcher shop that brought him great prosperity. In 1885, Weinmann and partner John Gall built the elaborate brick building to house a lucrative meat market (standing today as the eastern half). In 1891 Weinmann's son (Louis C. Weinmann) and nephew (George Stein) took over the business and subsequently built an addition to the original structure (today's western half). V. Schneider purchased the eastern corner building in 1894; it served as the home to a range of businesses, including a confectionery shop, saloon, and plumbing shop. Meanwhile, the meat shop occupied the western building's grade floor until 1937, while the upper floors housed other commercial operations.

The Fischer Company purchased the complete Weinmann Block in 1937 and moved his well-regarded Fischer Hardware into the block building. Although his ownership of the business dates back to the 1890s, the hardware store's genesis emerged during the Civil War. Though the hardware store changed owners several times, it remained in the building until 1982 when a development corporation purchased the building and renovated it to serve modern offices and retailers. In 1954, the Ann Arbor Building Inspection Department, the City Planning Commission, and the Parks and Recreation Commission moved into the block's upper floors above the Hardware store. Another substantial renovation occurred in 2005 and, since then, the Blue Nile restaurant has occupied the building and served as its most prominent resident; a large, corner neon sign adorns the structure along with signage along the entire storefront. However, the Weinmann Block name remains atop the western half, thus its history is never forgotten.

The building's architecture also exists as a noteworthy part of its rich history. Weinmann Block consists of dual, two-story, brick, Late Victorian commercial blocks located side-by-side. The upper facade of the 1890s portion of the commercial block includes an outstanding example of the popular metal-front building technology prominent in Michigan from roughly 1885 to 1910. The builders relied on decorative pressed sheet metal on the facade, an inexpensive and effective method to simulate cast iron, stone columns, and sculpted ornamentation.