2010 photo of the Michigan Theater in Ann Arbor 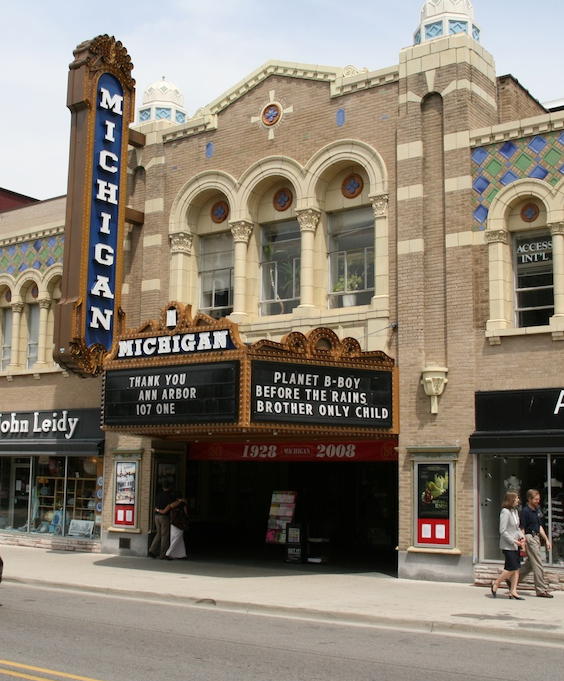 1948 photo of the Michigan Theater in Ann Arbor 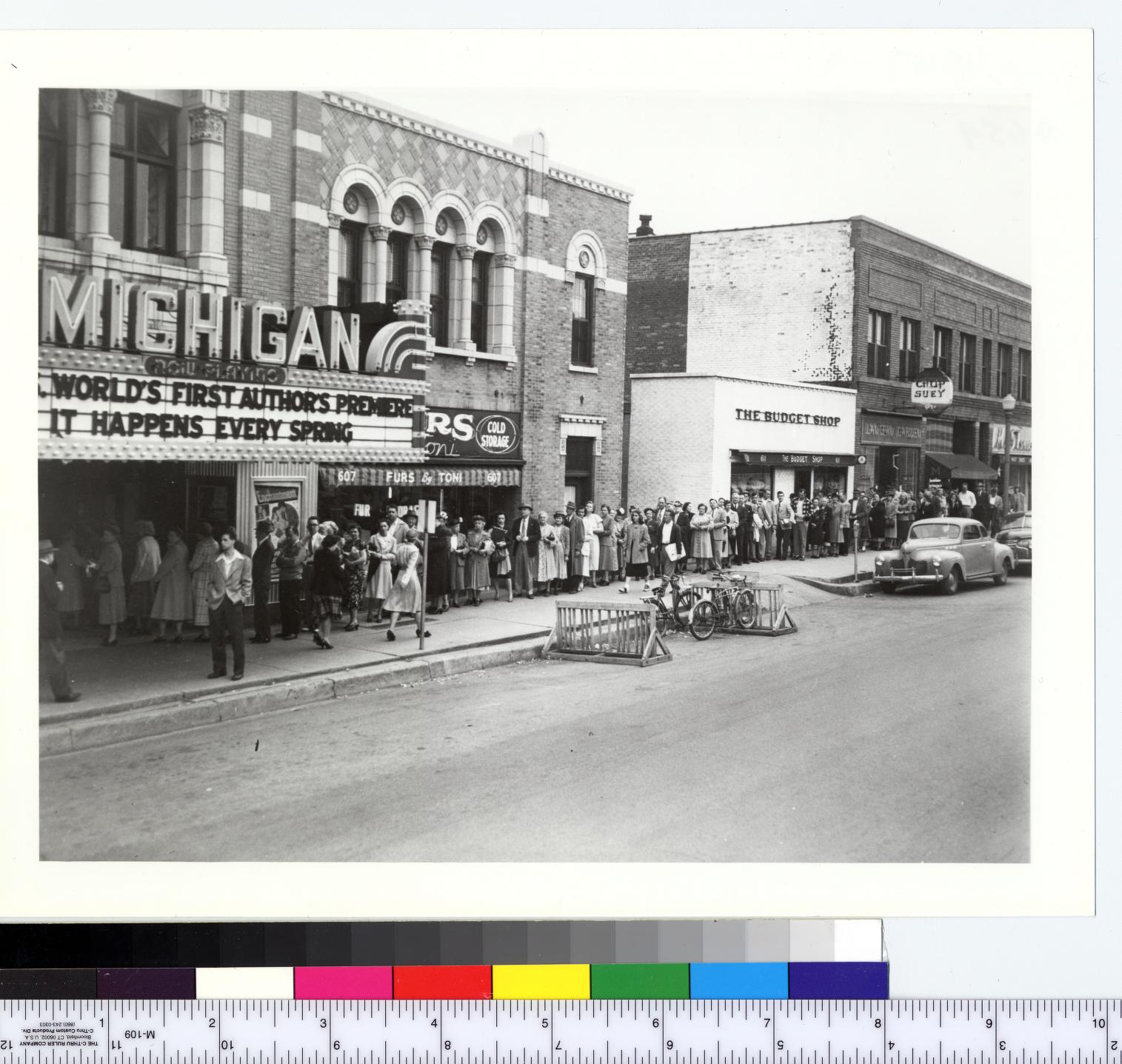 Auditorium of the Michigan Theater in Ann Arbor 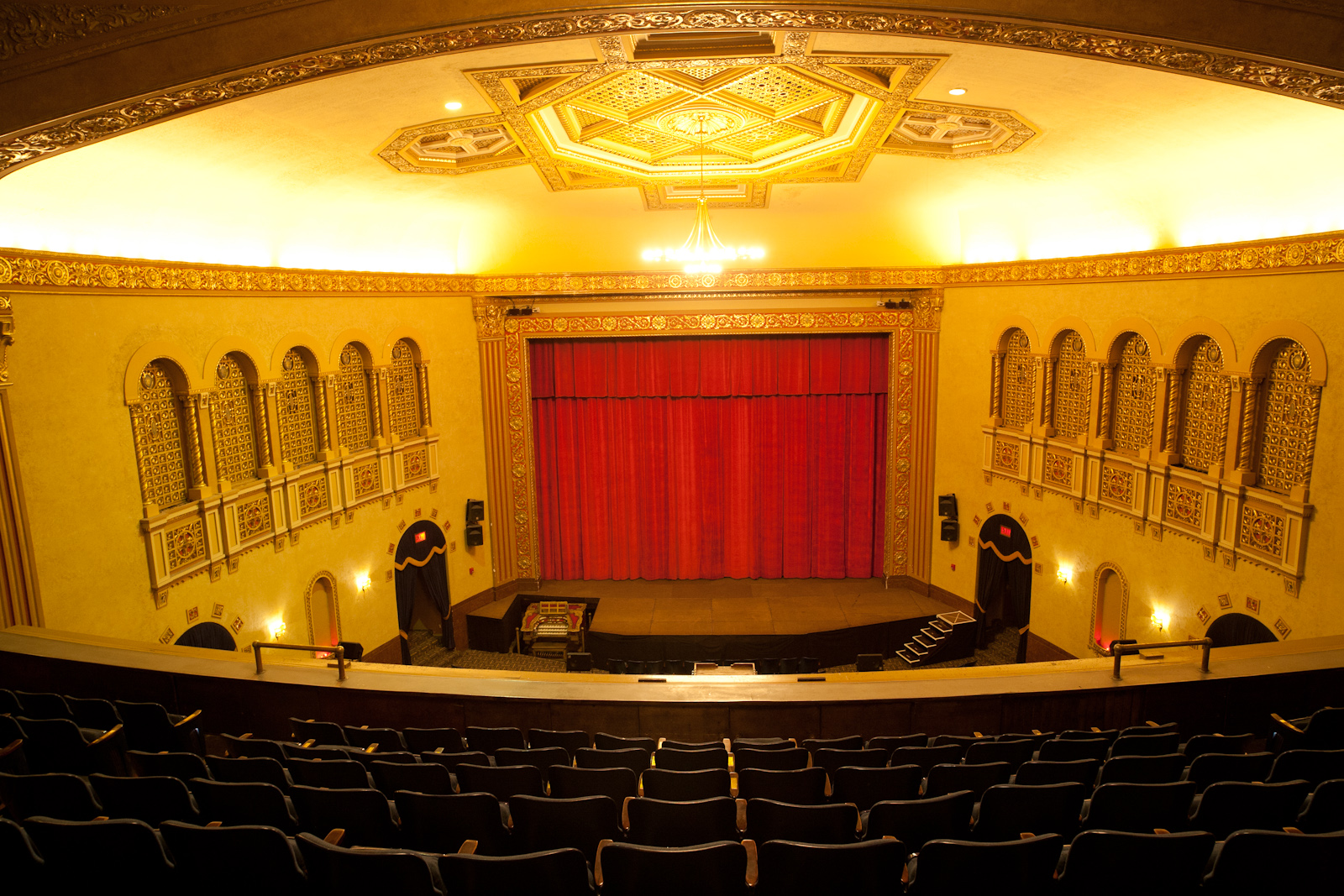 Lobby of the Michigan Theater in Ann Arbor 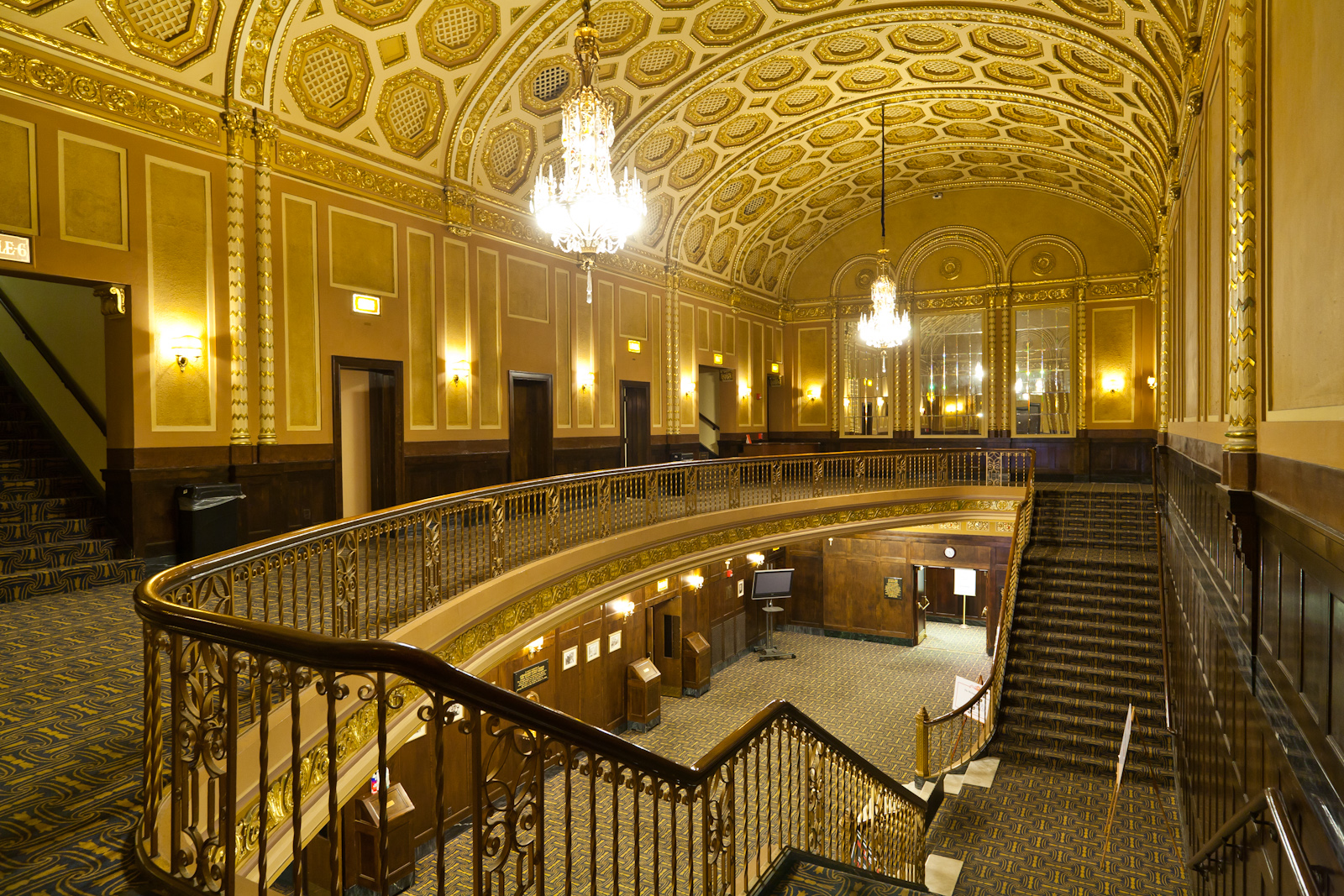 The Michigan Theater (circa 1928) stands as a reminder of the grand downtown theaters that opened throughout the nation during the 1920s. Grand theater palaces opened during the "Roaring '20s" as the economy boomed and the bad memories of the Spanish Flu and World War I faded. Theaters also signaled a city's growth and fostered civic pride. The theaters grew, in part, because motion pictures during the 1920s blossomed into a lucrative industry. Movie palaces enhanced patrons' movie experience with its ambiance, bright marquees, extravagance, and amenities. The Michigan Theatre survives as Ann Arbor's only theater built during that era, where visitors could enjoy movies and vaudeville acts.

Designed by Detroit's Maurice Finkel, the building's decorative scheme embraces the Lombard Romanesque design. Its Barton theater organ, installed to accompany silent films, also survives. The theater installed a sound system months after it opened to handle "talkies." Guests were privy to headliners that included Jack Benny and Bing Crosby and enjoyed vaudeville acts, live concerts, plays, and films. As with most theater palaces of the day, the Great Depression took its toll on the theater, and by the time World War II ended, it showed its age. A flawed renovation effort in 1956 both restored parts of the building and damaged other parts.

Low attendance and continued aging throughout the 1970s almost spelled the end for the majestic theater. But a group formed the not-for-profit Michigan Theater Foundation (MTF) in May of 1979 and saved the building from a transition plan that would have gutted the building and replaced it with retail stores. Further restorations occurred from 1985 to 2002, garnering awards for the work. Today, it's prestige has returned; it's the host to prominent film festivals, won several awards, and is the home to Ann Arbor Symphony Orchestra. Additionally, the Michigan Theater survives as an exemplification of the grand theater boom of the 1920s.