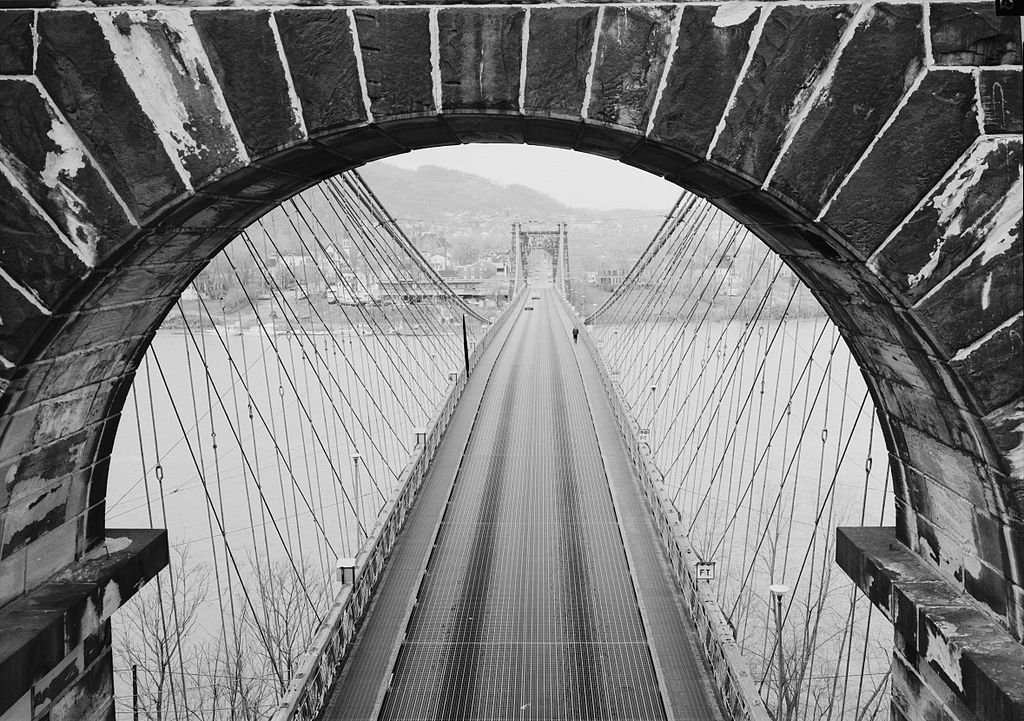 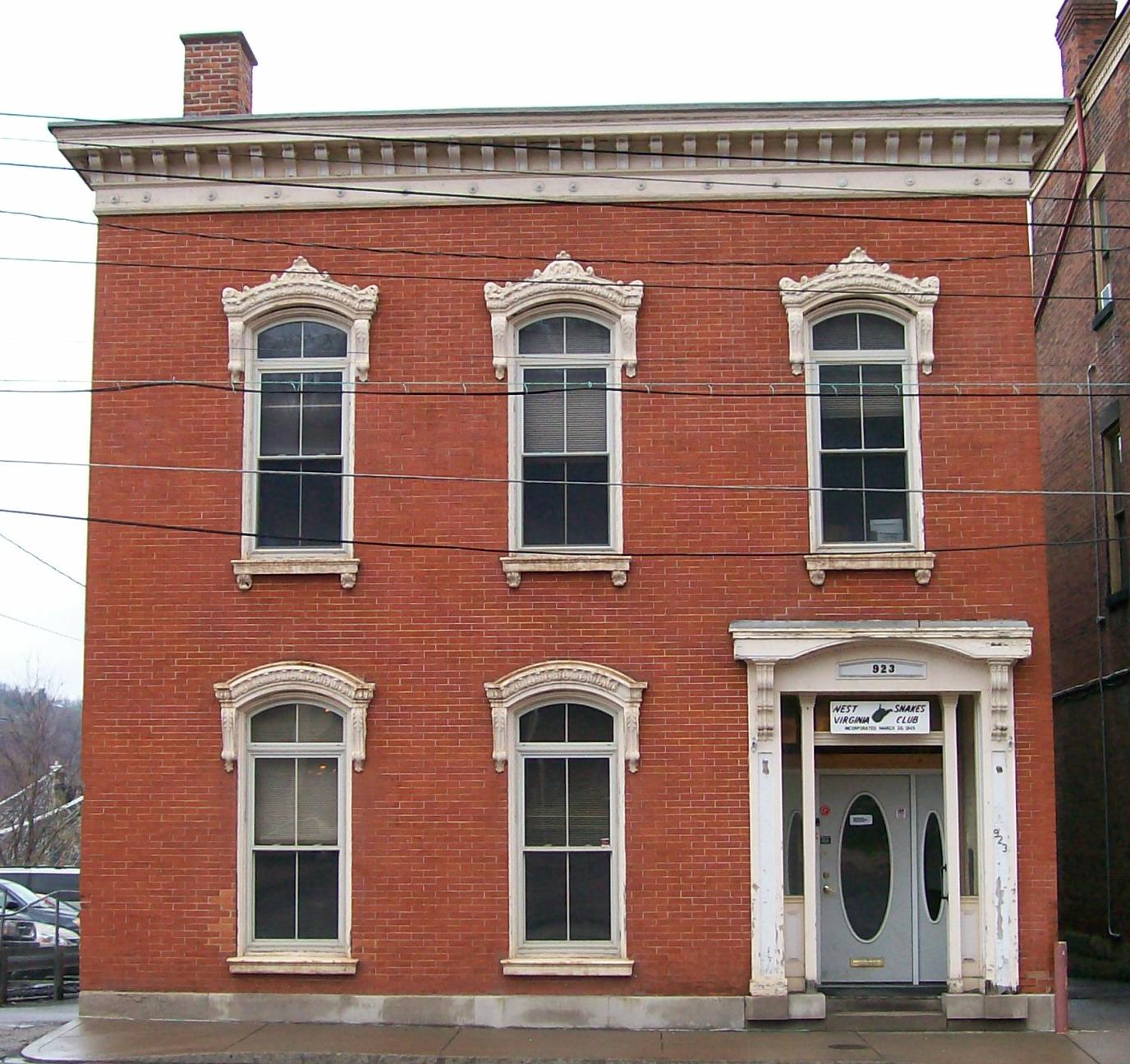 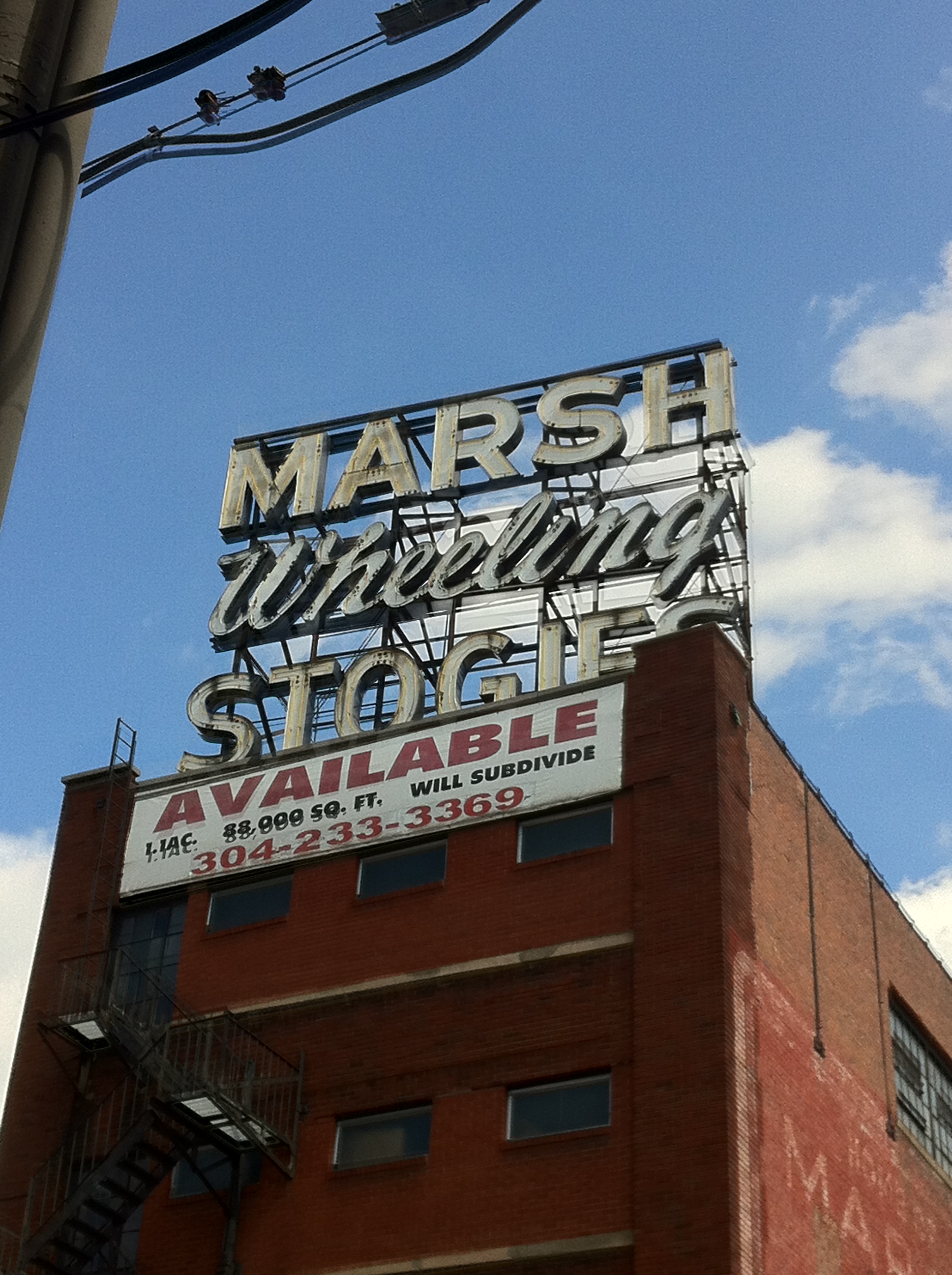 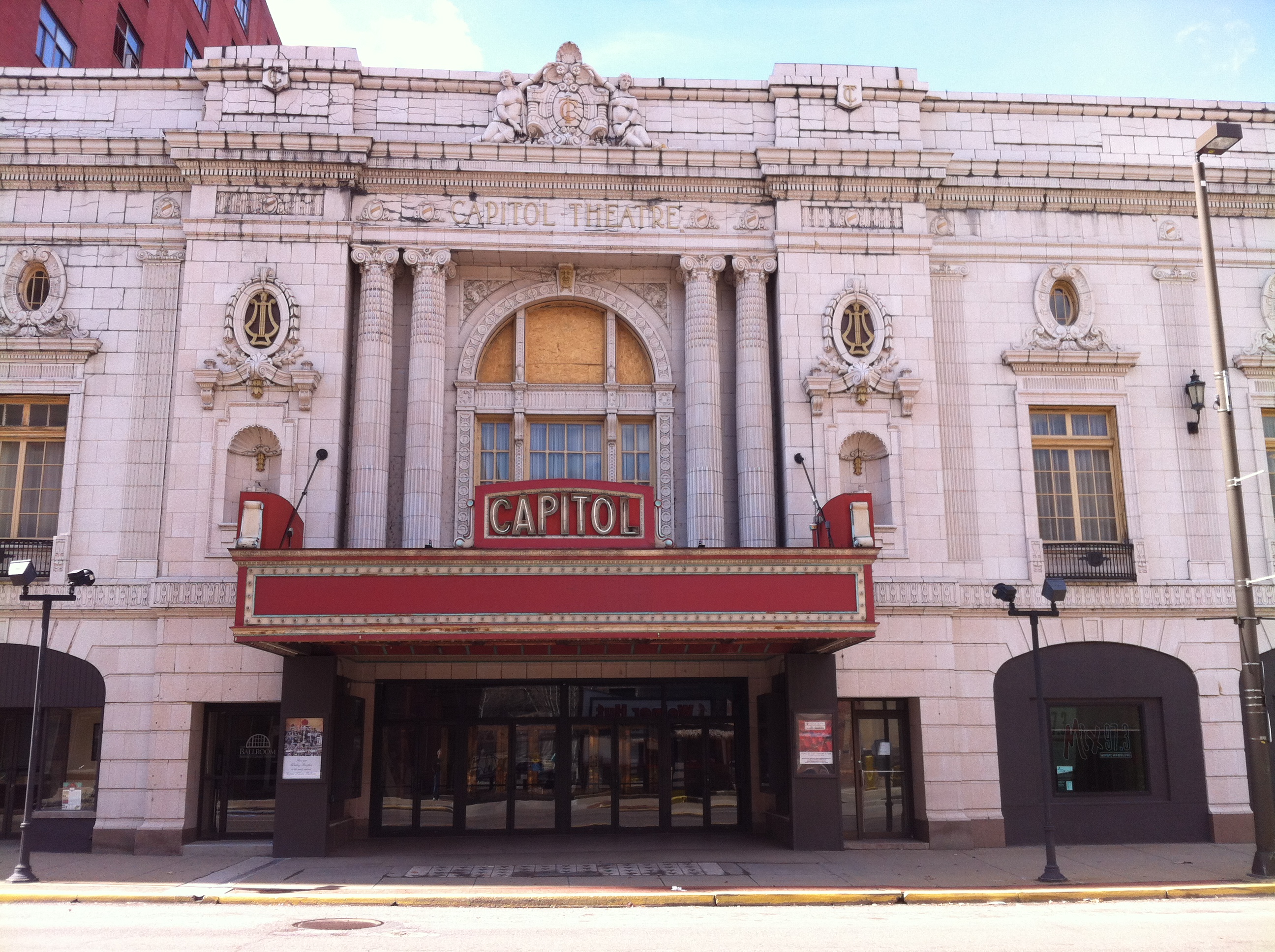 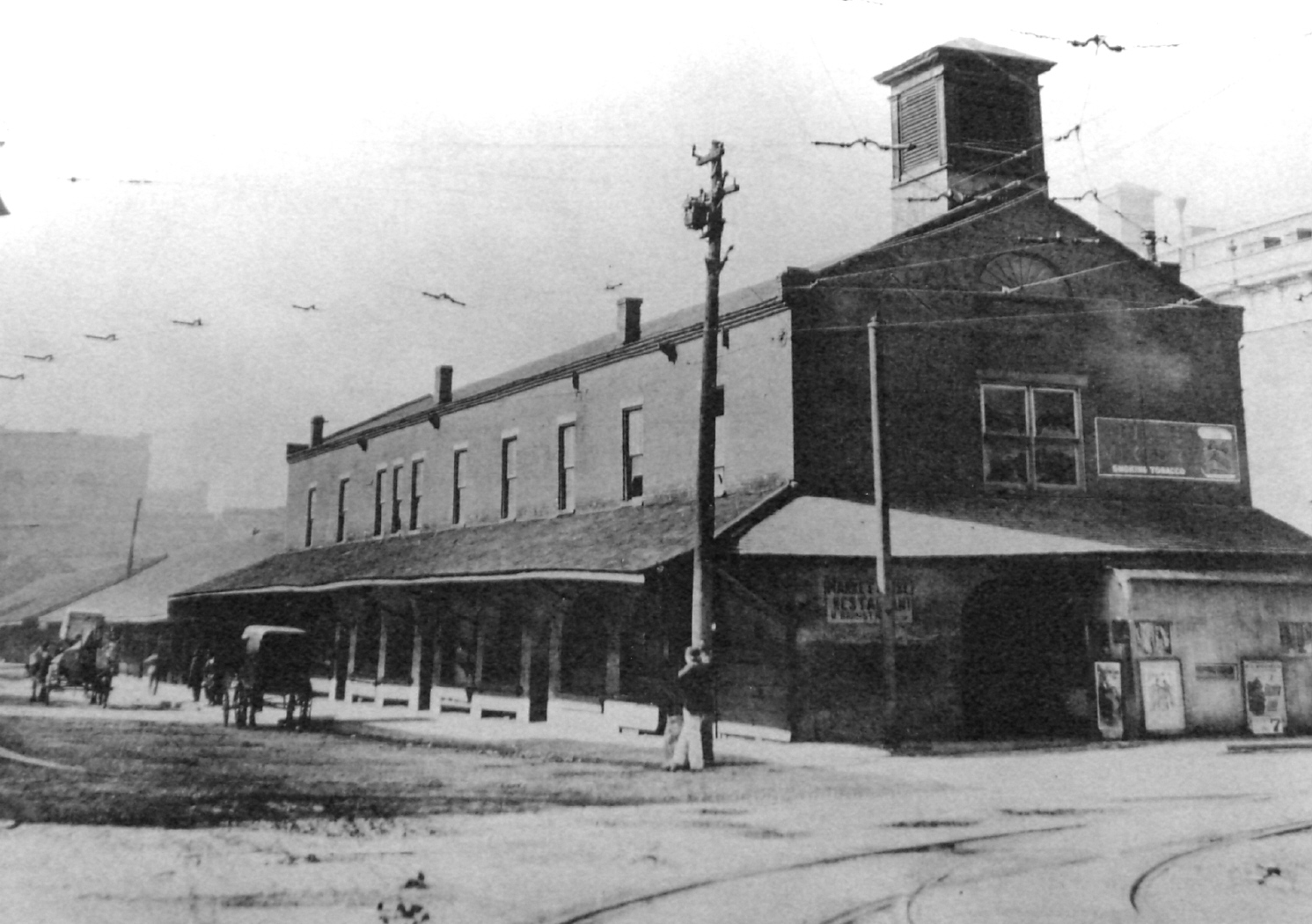 Wheeling’s first market was built at this location in 1822 and consisted of a town hall on the second floor and a market that operated twice a week on the first floor. For many years prior to the Civil War, hundreds of enslaved persons were sold at the market . The market was demolish in 1911 and was replaced by the Market Auditorium shortly after. 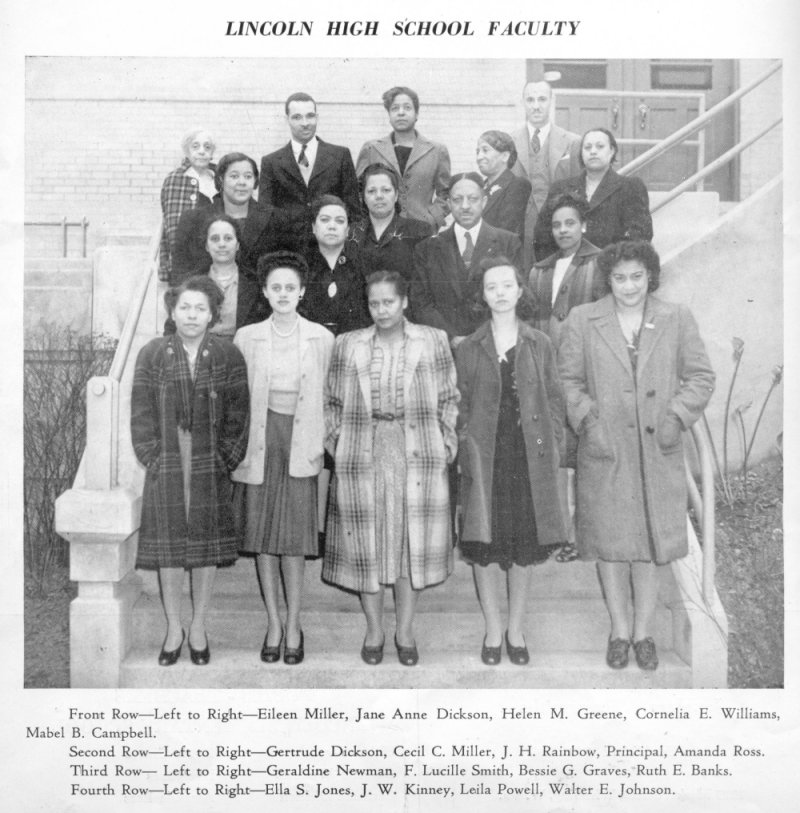 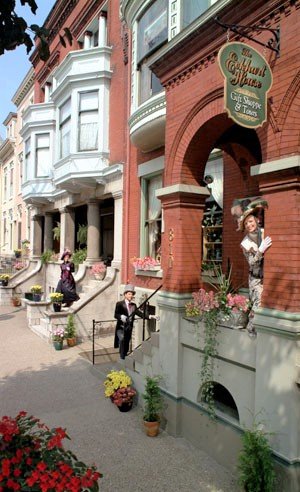 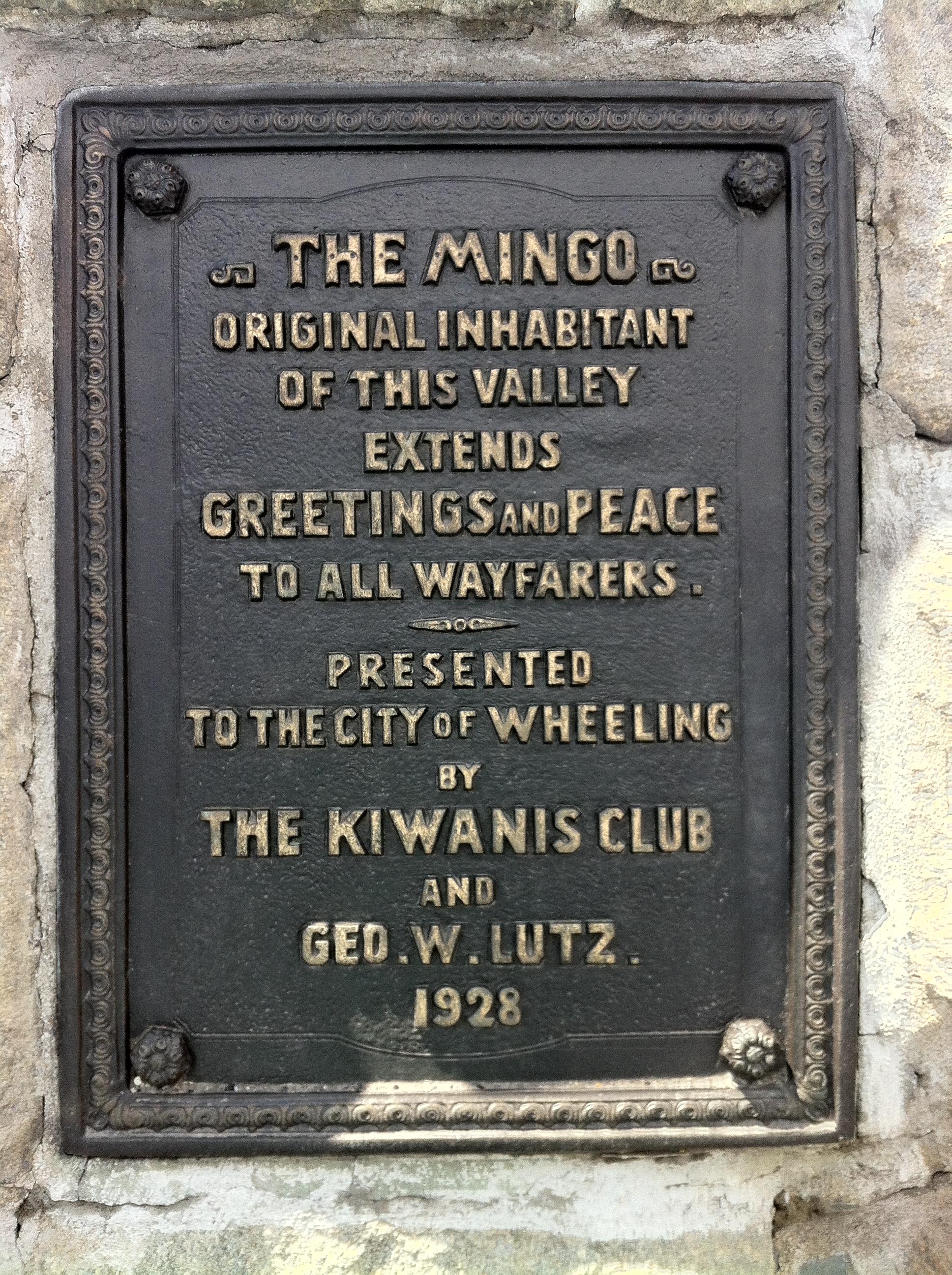 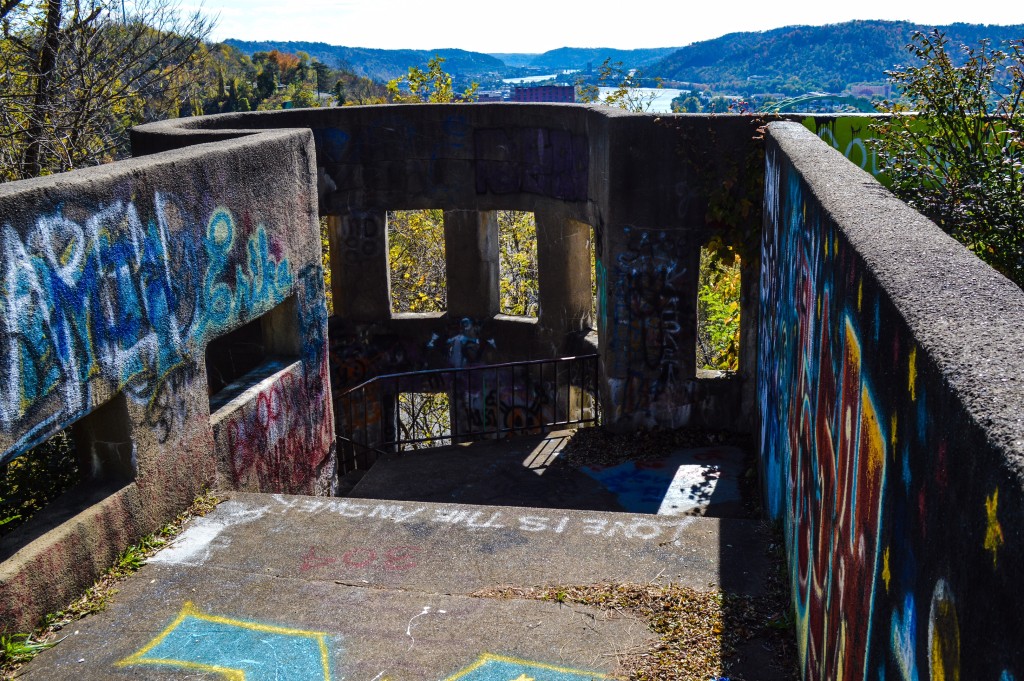 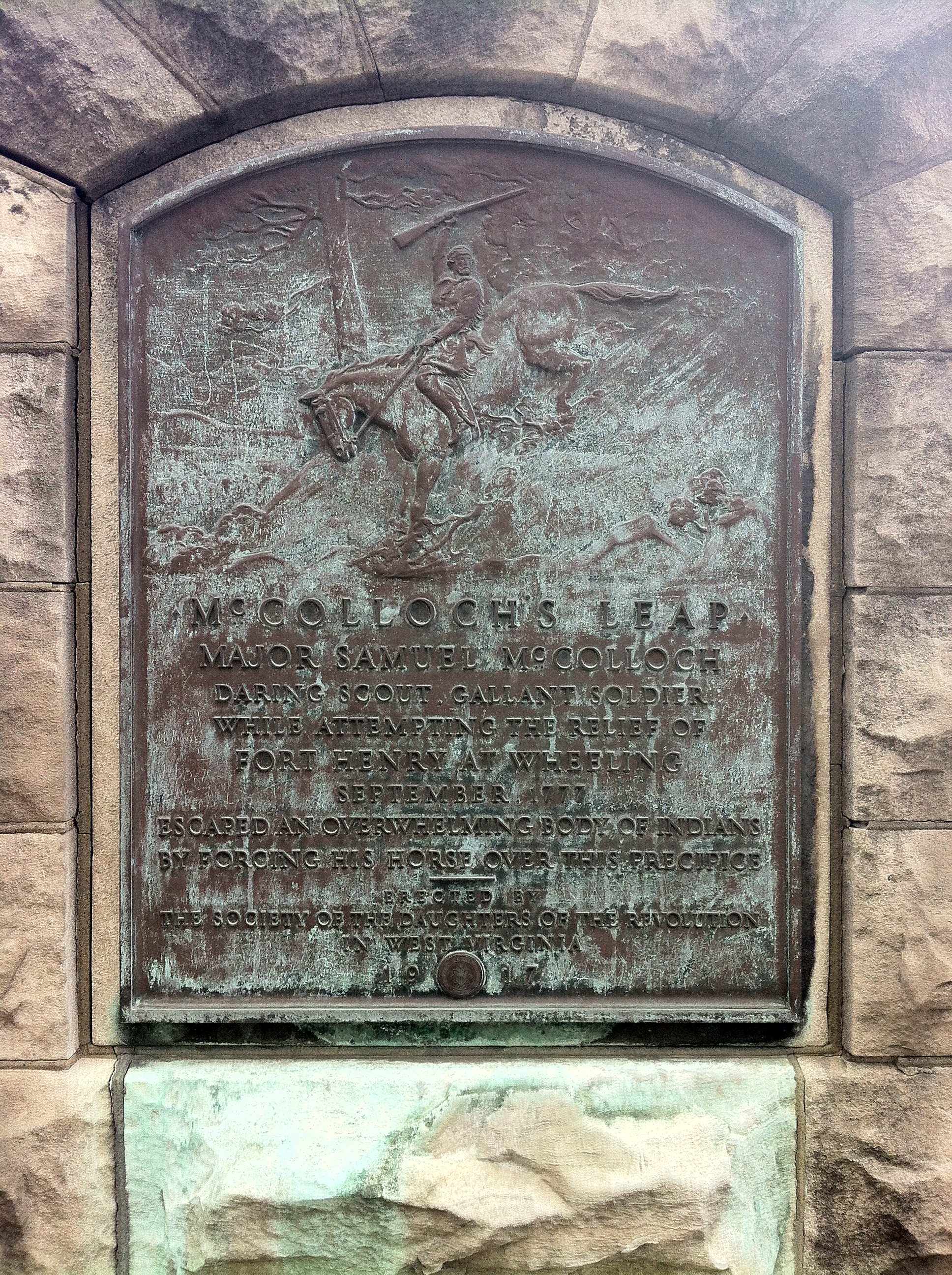 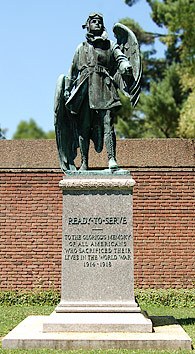 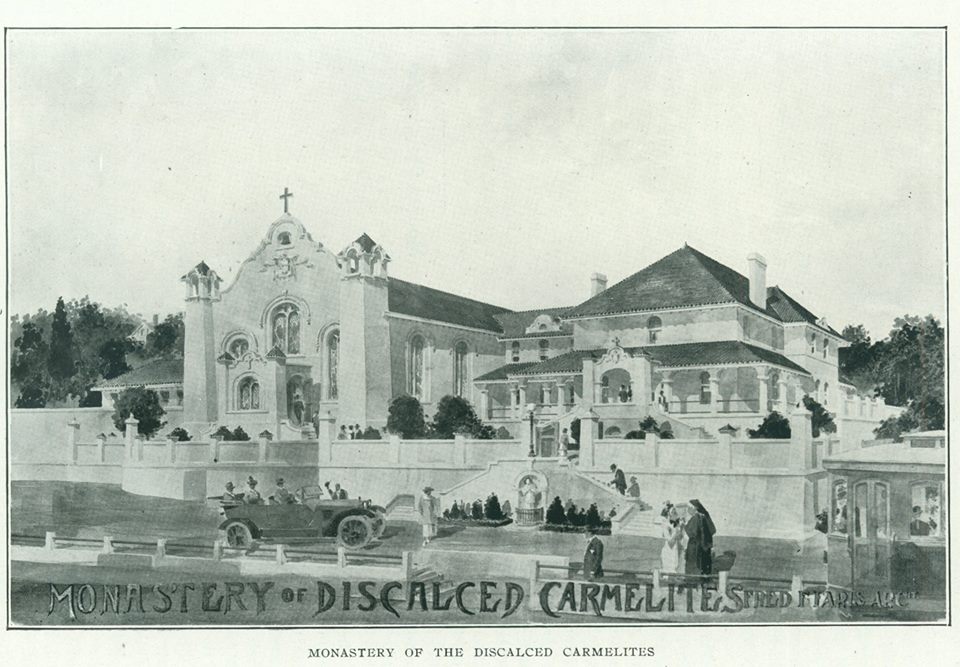 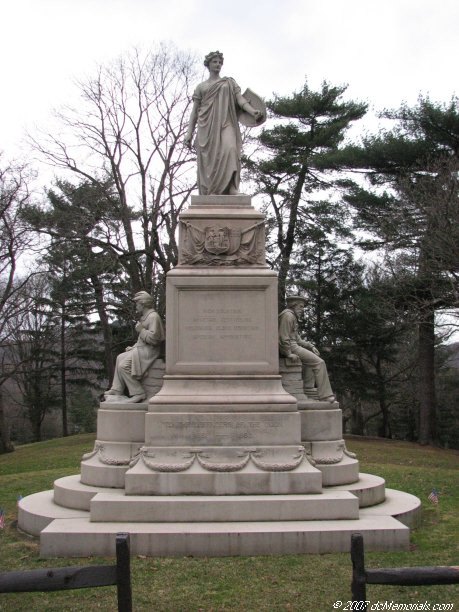 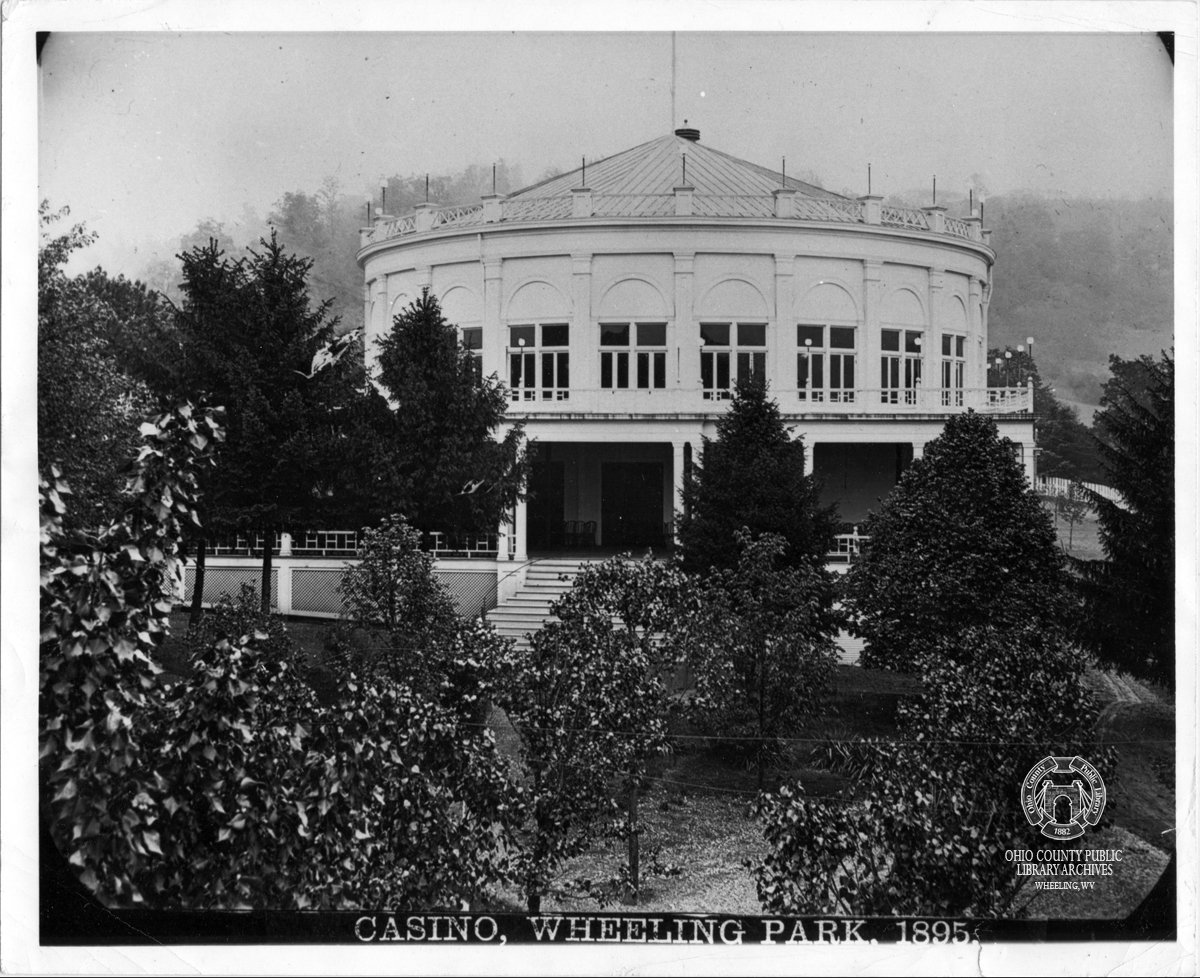 Once a private park and later owned by Reymann Brewing Company, the popular Wheeling Park has been home to a wide variety of activities. The iconic White Castle was rebuilt after a fire in 1925 and is now home to an ice skating rink. The space became a public park and was given its current name on May 30, 1925. Today, the park features a number of statues, memorials, and recreational activities and still attracts many visitors as it has since it was privately owned in the 1860s. 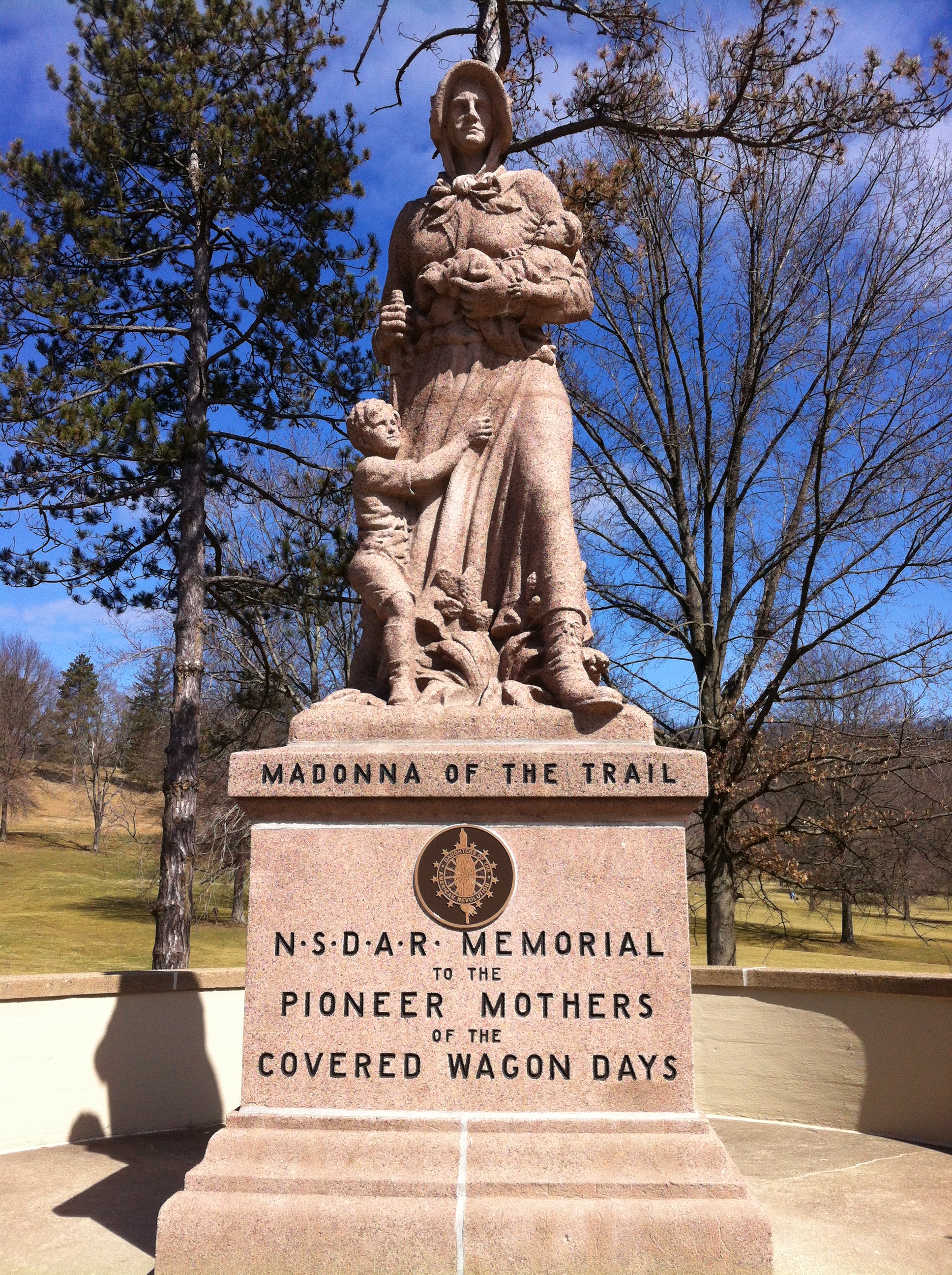 She stands 10 feet tall and clutches a baby to her breast and holds a rifle in the opposite hand while a young boy pulls at her skirt. A bonnet rests atop her head and hiking boots cover what would be her feet. One of twelve "Madonna of the Trail" statues, these monuments are a celebration of and pay tribute to the tenacity of pioneer women and their contribution to this country. The National Society of the Daughters of the Revolution commissioned sculptor August Leimbach to design the statues. The statue located at the edge of Wheeling Park was the second of the twelve created and dedicated on July 7, 1928. 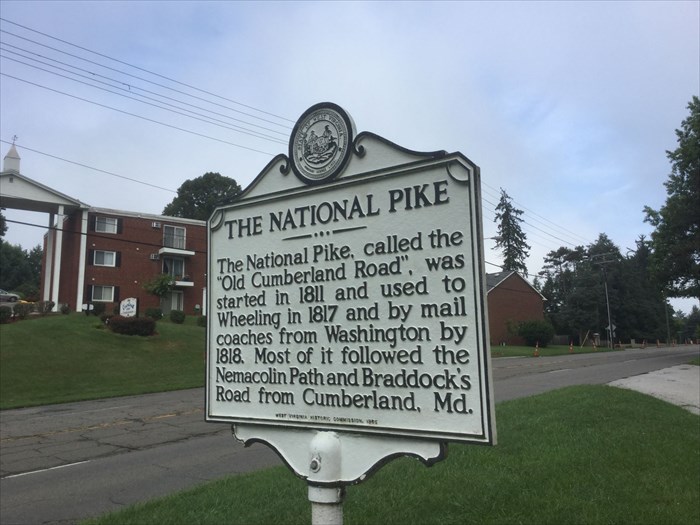 This marker shares the history of the National Road which was constructed through the efforts of the federal government between 1811 and 1818. One of the most significant infrastructure projects of the early 19th century, the National Road connected Cumberland, Maryland to Wheeling, West Virginia, and continued to expand west. The National Road was one of the nation's first federal internal improvement projects and was designed to connect the eastern port cities to the key inland ports of western states and territories. Congress approved expansions to stretch between Baltimore and Jefferson City, Missouri, but by the 1830s, it was clear that railroads were the future of inland transportation and construction on the National Road had only reached Illinois when the project was suspended. Due to the National Road's route into Wheeling, the city grew in size and importance and several other improvements were constructed, such as the Wheeling Suspension Bridge. 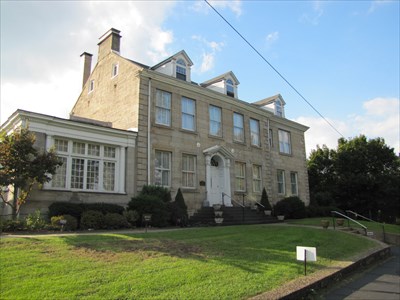 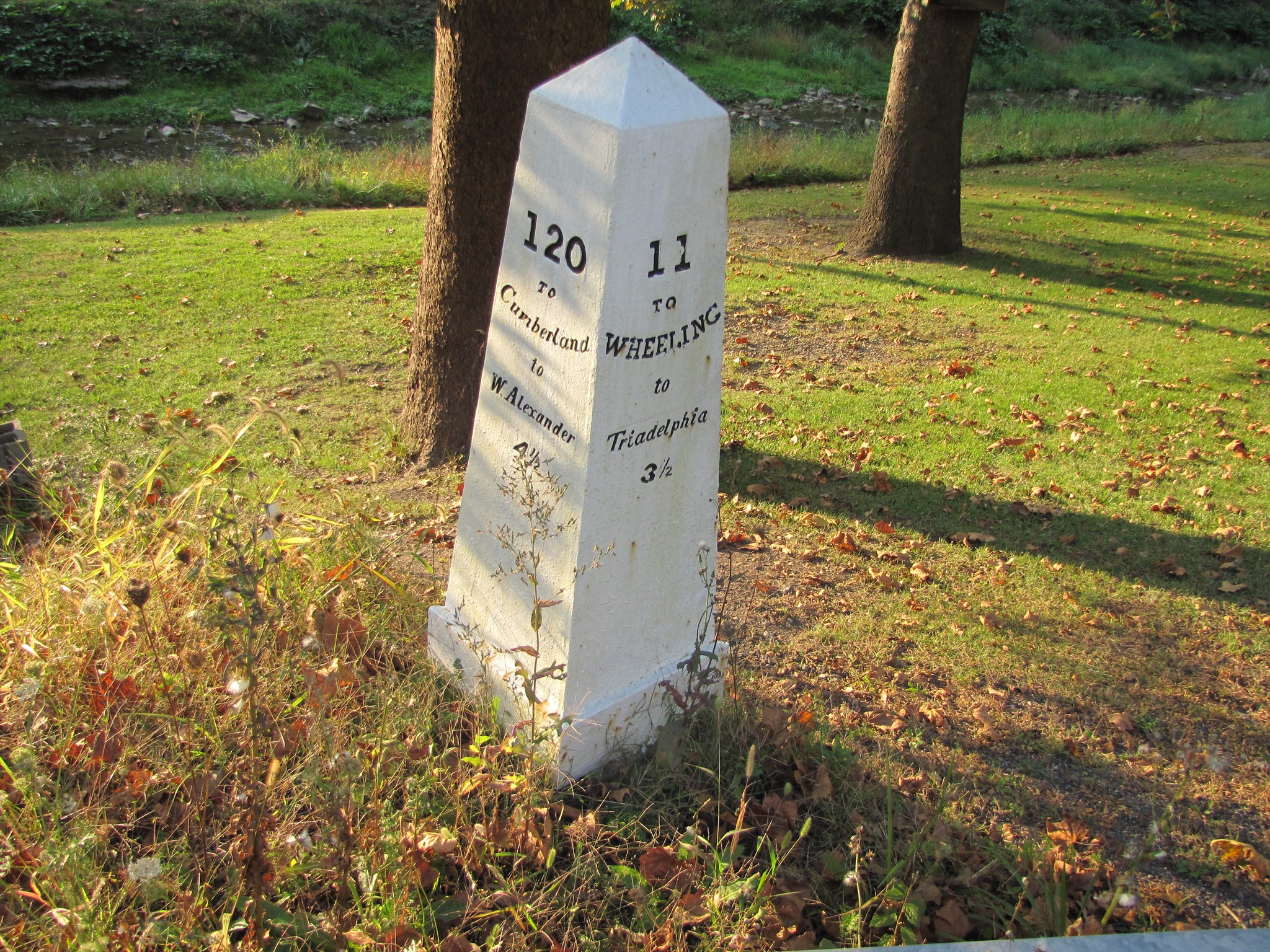 Discover US 40: The National Road

Driving on US 40 today, you are following the route of the National Road, one of the nation's first infrastructure projects. Shortly after the Revolution political leaders advocated for the construction of new roads and canals to connect the states in the east to economic opportunities in the Ohio Valley and further to the Mississippi. The National Road was constructed between Cumberland, MD and Wheeling, (W)Va in the early 1800s and later expanded to connect from Baltimore to Illinois.