The Emelie Building, the historic structure in which the Kurt Vonnegut Memorial Library is housed 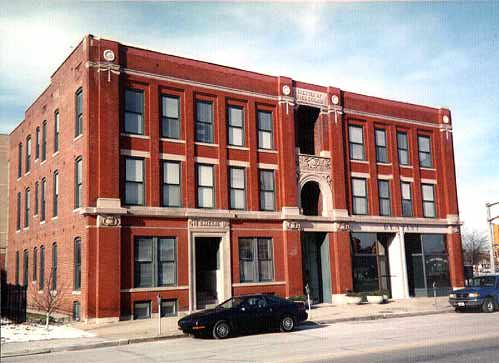 An interior view of the Kurt Vonnegut Memorial Library 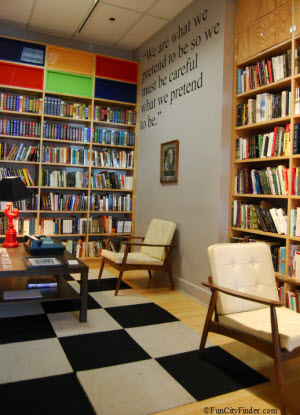 Another view of the Kurt Vonnegut Memorial Library 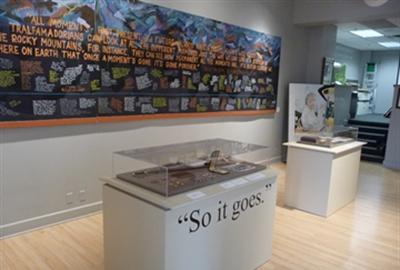 Artifacts featured in the museum 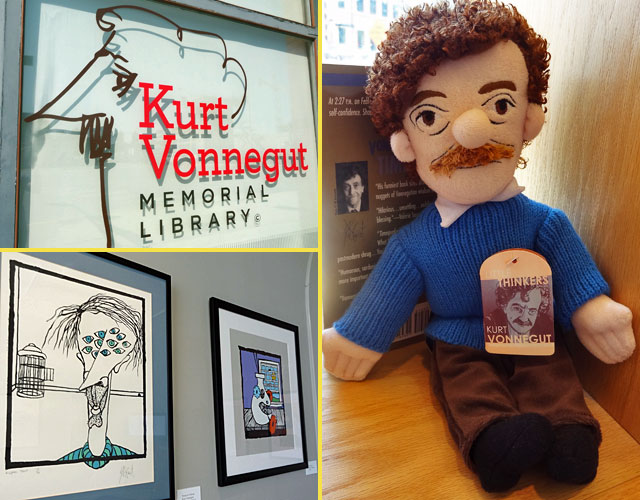 The late writer Kurt Vonnegut (who died in 2007) had very strong roots in Indianapolis. He was descended from a distinguished family of local architects: his paternal grandfather co-founded the prosperous architectural firm Vonnegut and Bohn, and his father, Kurt Vonnegut, Sr., inherited the firm. As a teenager, he left the city to attend Cornell University and never again lived in Indianapolis, though he often visited. The writer seems to have had a very ambivalent relationship to his hometown: he recognized its decisive influence on him and his writing, but deplored what he considered its conservatism and lack of sophistication. In one of his books, he has his hero visit a place called Midland City, said to be based on Indianapolis, which is rather caustically satirized. However, according to one resident, Indianapolis natives, despite their knowledge of his feelings towards their city, regard him as a "beloved character."

The library includes the Kevin Scherr Collection, which contains first editions of every Vonnegut novel, including several signed editions; films based on his work; and over 250 magazines featuring reviews, stories and commentary by him. There’s a collection of numerous photos of the author in informal poses. There are, among the many personal artifacts of the late writer on display, his writing desk, an unopened pack of Pall Mall cigarettes (the brand he favored), his typewriter and even rejection letters, of which he received many early in his career. One of the most mysterious objects in the collection is an unopened letter Vonnegut received from his father while he was stationed overseas as a soldier in the Second World War. It is not known what the contents of the letter were, why Vonnegut never opened it or why he kept the letter instead of discarding it.

In 2011, the KVML received a large grant from Muncie's Ball State University, as well as funding from other sources, including the Indiana Historical Society, to finance several projects. One of these is a digital library, which will make available to visitors digitalized archival materials about Vonnegut stored in many university and other archives throughout the country. (The library lacks the space and staff to securely store a physical archive itself.) Local public TV station WFYI is a partner in a project to create an oral history of Vonnegut through interviews with his loved ones.

The KVML is involved in many educational activities. It sponsors the Kurt Vonnegut and Jane Cox Vonnegut Writing Awards, and it is also involved in teaching teachers to teach Vonnegut’s own works. The library is very strongly opposed to censorship of any kind. In August 2011, the KVML announced that it was going to give away 150 free copies of Vonnegut’s famous novel Slaughterhouse-Five, a gift from an anonymous donor, to the students of Republic High School in Missouri, because the school board had banned the book from the school library. The museum sent the following message through the website Reddit: “If you are a student at Republic High School, please e-mail us… to request your free copy of the book… We think it’s important for everyone to have their First Amendment rights. We’re not telling you to like the book… we just want you to read it and decide for yourself.”