Now a public housing apartment building, the former Holy Rosary Hospital was established in 1910 and closed in 1995. It is historically significant in the areas of healthcare and architecture. Before it was built, the county hospital was located in a converted two-story house. This was inadequate for the growing community, which needed a larger medical facility to treat both injured railroad workers and residents. In terms of architecture, the old hospital was designed by the prominent Montana firm Link & Haire in a combination of styles including the Spanish Revival and Craftsman styles. It was converted into the apartments in 2007. 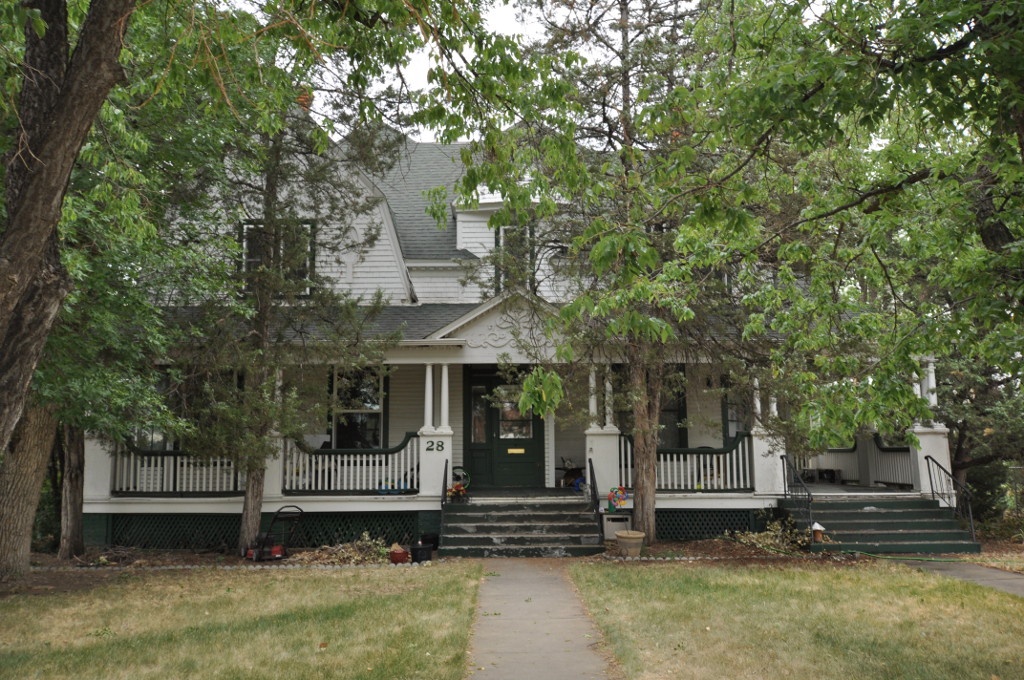 Local businessman George M. Miles built this historic home in 1899. At the time, it was among the first large homes built in the city which is named after his uncle, General Nelson A. Miles. General Miles established Fort Keogh in 1876, and his nephew George Miles held a number of prominent public offices and important positions with local companies and organizations during his career. In terms of architecture, the house is a fine example of the Queen Anne style. Its notable features include an asymmetrical design, gables, a large porch that wraps around the southwestern corner, paired Doric columns that support the porch roof, and a triangular pediment with decorative woodwork. The house was added to the National Register of Historic Places in 1982 for its architecture as well as its association with George Miles. 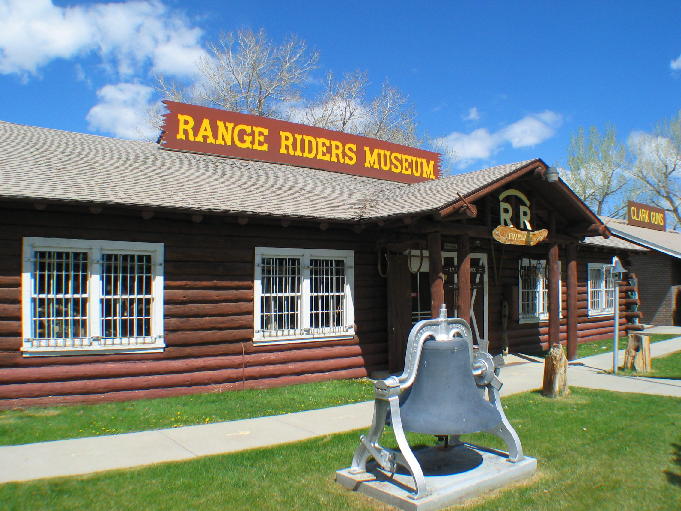 The Range Riders Museum is a Western history museum located in Miles City. It was founded in 1939 and has grown to 13 acres containing several buildings, some of which are historic. It houses thousands of items and artifacts distributed in its buildings. These include dinosaur bones, a large collection of 1,200 Native American arrowheads, farm tools and equipment, vintage cars and wagon, and various other items. The museum is probably most well known for the Bert Clark Gun collection, which has attracted visitors from around the world. Some of the buildings are exhibits themselves, depicting life in 19th century 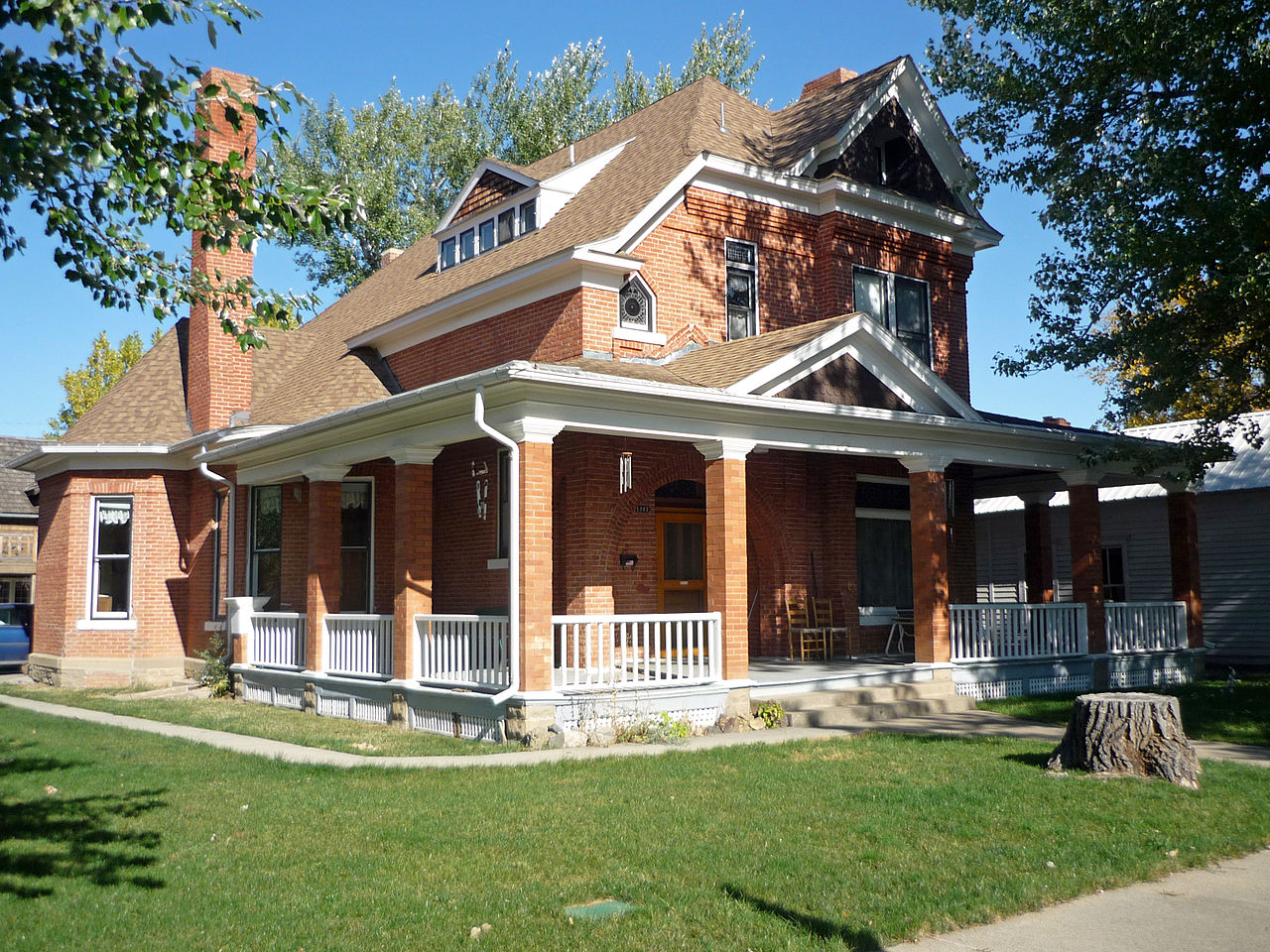 While named after its second owner, William Harmon, this home was originally built around 1886 by E. H. Johnson, the first mayor of Miles City. It is believed that local architect Byron Vreeland designed it because it is a good example of the Queen Anne style, which he used for other buildings. Harmon and other owners modified the house over the years but it remains one of the earliest extant brick houses in the city. Its notable features include a large porch, an arched entryway, three original fireplaces, and parquet-patterned wood floors. Behind the home is a carriage house built in 1891. Listed on the National Register of Historic Places, the William Harmon House remains a private residence today. 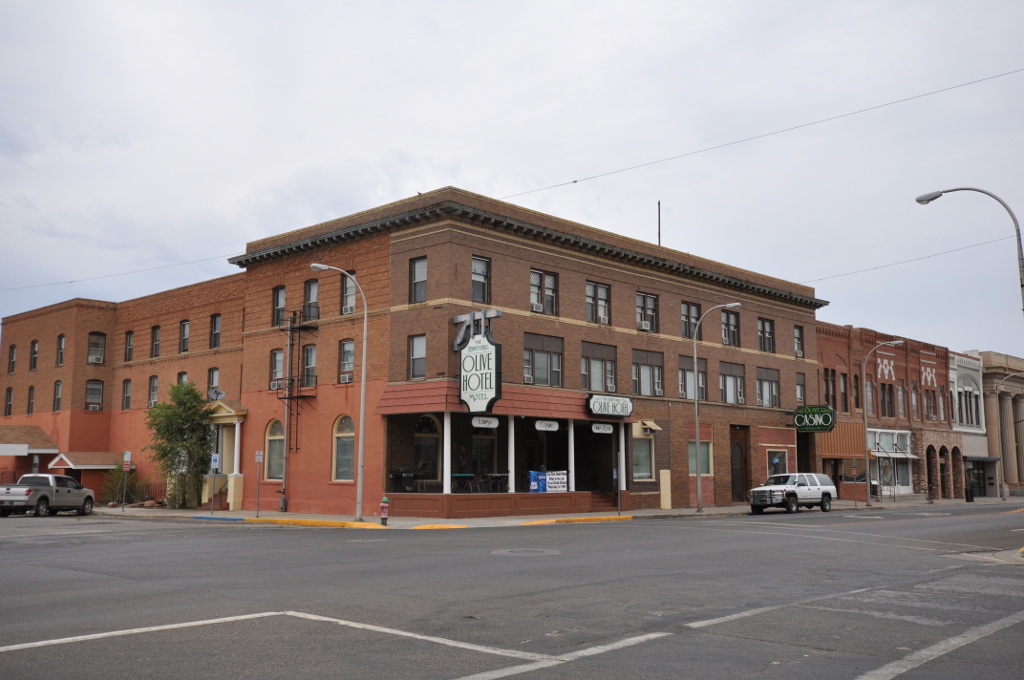 Olive Hotel has been an integral part of Miles City's economic and social history since it opened in 1899. Miles City booster Joseph Leighton built it and originally named it "The Leighton." For many years, the hotel was an important gathering place for locals and visitors. It still operates today and includes a restaurant, casino, and bar. The hotel, which was enlarged in 1908 using a new design by local architect Brynjulf Rivenes, is also significant for its architecture. Its notable features include decorative brickwork, arched stained glass windows above a few windows on the first floor, and a pressed-metal cornice. The hotel was added to the National Register of Historic Places and is a contributing property of the Main Street Historic District, which is also listed on the register.

Built in 1924, the Northern Pacific Railway Depot is one of the most historic buildings in Miles City. Located just a few blocks south of Main Street, the depot represents the tremendous impact the Northern Pacific had on the city's development. Though long vacant and largely left to disrepair, the depot is also significant for its Second Renaissance Revival architecture. It was built with a red-brick facade and its notable features include arched windows, circular concrete medallions, and a low-slung hipped roofline. The depot operated until 1979 and was later added to the National Register of Historic Places in 2010.

Wolf Mountains Battlefield is where the last battle of the Great Sioux War (1876-1877) took place. The site is also known as “Where Big Crow Walked Back and Forth.” It gained status as a National Historic Landmark in the year of 2008. Today the battlefield remains for the most part unchanged to how it was when it hosted this battle. 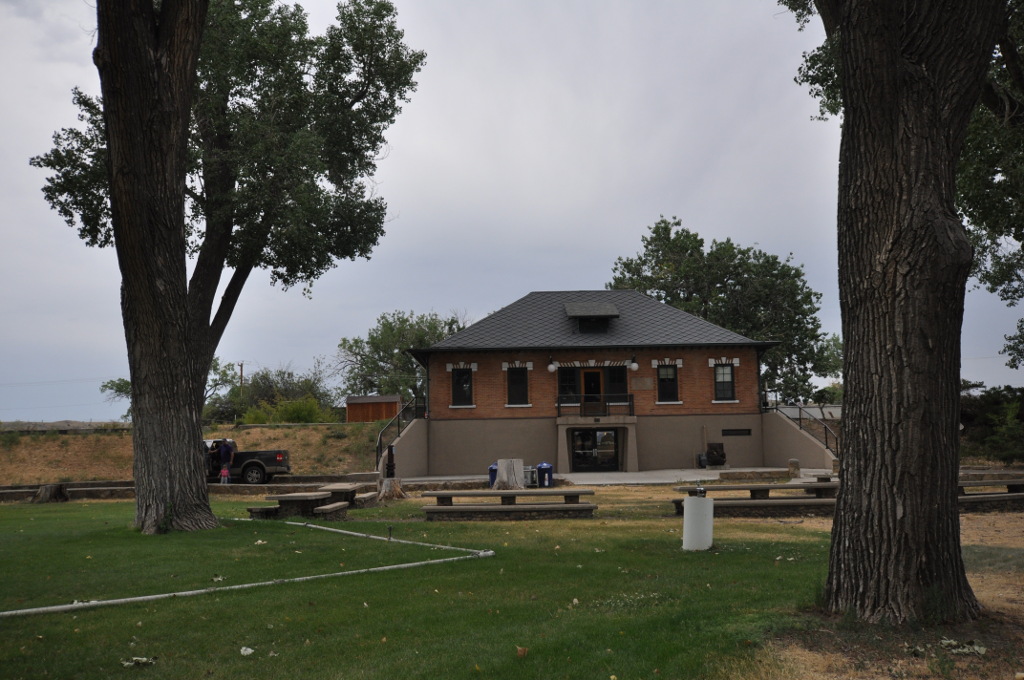 The WaterWorks Art Museum showcases contemporary and historical art and is committed to providing art-related educational opportunities to the general public. It is located next to the Yellowstone River in the historic Miles City Waterworks building, which was built in 1911 and still contains much of the original pumping equipment. The museum is situated at the north end of Pumping Plant Park, which itself holds historical significance. The park was part of the Tongue River Cantonment (a cantonment is a military camp) which was established in 1876; the next year it was relocated to just southwest of the city and renamed Fort Keogh. The waterworks building and park are listed together on the National Register of Historic Places.

This short drive (or extended walk of 3.8 miles) through Miles City starts at the Holy Rosary Hospital which was established in 1910 and heads south and west to include several historic homes, downtown buildings, museums and landmarks of this eastern Montana community. The tour concludes with WaterWorks Art Museum and Wolf Mountains Battlefield National Historic Landmark.