This location, 515 N Milwaukee Avenue, has been the site of many businesses over the years. As early as 1927, a store called The Soda Shop occupied this space, soon followed by Lew Flagg’s barber shop. In July of 1931, it was, out with the old and in with the new! Leslie Ulrich of Mundelein was hired to build a 26 by 125-foot store at this location for the Consumer’s Sanitary Coffee and Butter Store. Over the course of the next 89 years, this store has been the home of nearly 10 different commercial enterprises, including today’s occupant, Firkin. 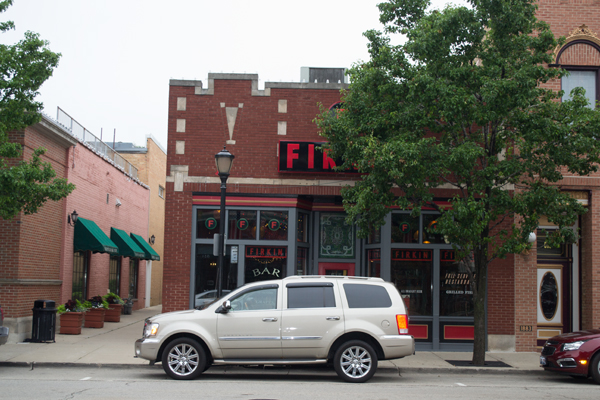 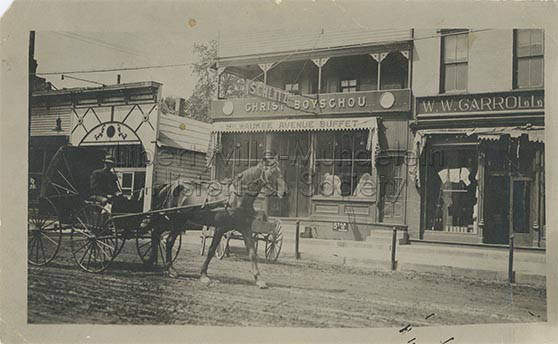 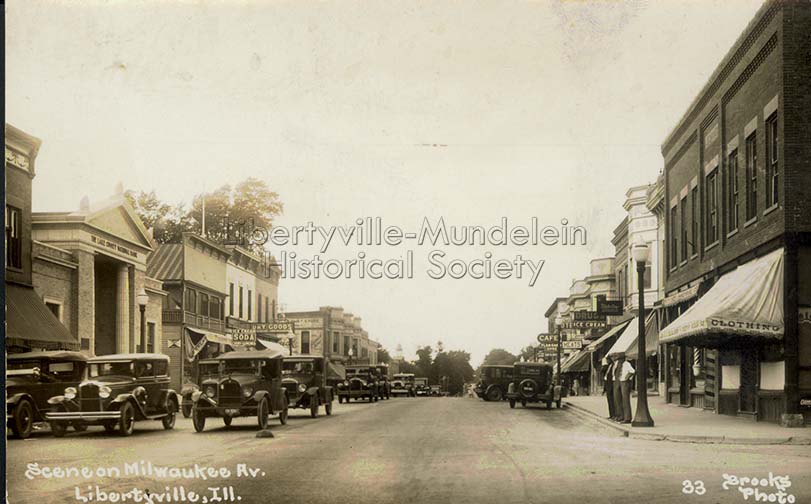 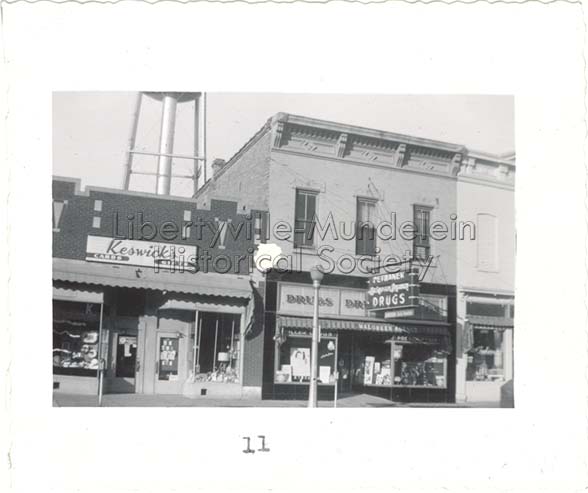 Milwaukee Avenue has always been the hub of commerce for Libertyville. The space at 515 N. Milwaukee Avenue has seen a variety of businesses situated on this spot. Prior to the single-story brick and stone building that you see today, a wooden, two-story structure housed a number of different enterprises including several saloons, an automobile showroom, a tailor shop, soda shop and later, a barber shop. When that building was demolished in the early 1930s, it was one of the oldest landmarks in the business district. In 1931, a permit was issued to John R. Roney of Wauconda and work began, under the direction of Mundelein resident, Leslie Ullrich, to construct a new store. When completed, the new building became the home of The Consumer’s Sanitary Coffee and Butter Store, which occupied this address until 1939. Kroger’s Grocery Store took over the building that year and remained there until 1949.

The decade of the fifties saw many changes in occupancy. Ermine Cleaners served the residents from 1950 to 1952, followed by Cline’s Gift Shop. The longest tenant by far, was Keswick’s Card and Gift Shop, opening in 1954. Merle Keswick, owner, carried Gibson Greeting cards, costume jewelry, dinnerware, flatware and gifts for all occasions. He closed the business in 1972, after 18 years in this location.

In 1973, another gift shop, Koss Card and Gift, replaced Keswick’s and remained until 1977. Terry Langworthy and associates purchased the building, and opened Main Street Clothing, in 1978.  This subsidiary of Langworthy’s Department Store offered merchandise targeted to younger customers. The store closed in 1986 and was replaced by Ski and Sport USA the following year.

Building on the success of their first restaurant, The Tavern, Langworthy's opened Firkin in 1997 in this building next door. Changes to the building included interior renovation, modernized storefront, and a one-story rear entrance. The configuration of the site is historically accurate.